When Vodafone announced the Smart Platinum 7 along with two other models earlier this month, I – like many I’m sure – thought it odd the Smart Ultra 6 had been replaced by a phone costing more than twice as much. 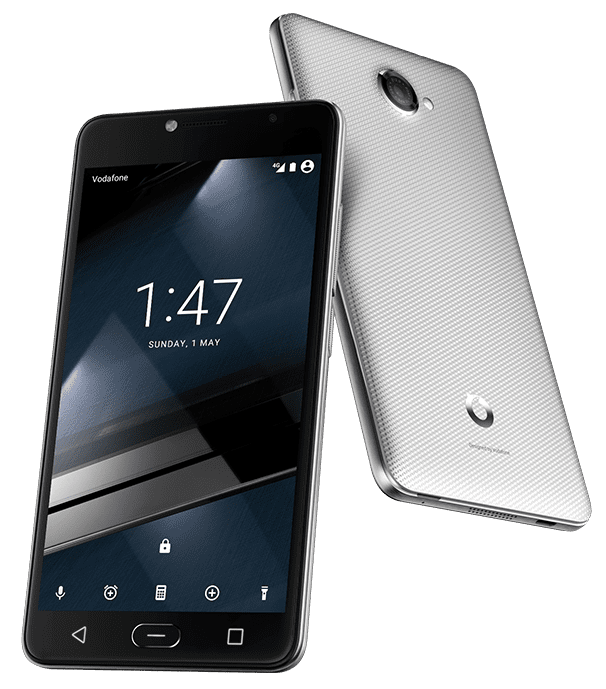 Unbeknownst to me at the time, the Platinum 7 wasn’t the Ultra 6 replacement. The replacement was the, somewhat more logical, Smart Ultra 7.

A couple of weeks ago I was privileged enough to be given one to review ahead of today’s launch, and have time to see if it’s worthy of filling the boots left behind by the outgoing Ultra 6.

This means Vodafone now has a pretty evenly spread portfolio of own-brand phones, from the £25 entry-level Smart First 7, to the £75 Smart Prime 7 (reviewed here), the £135 Smart Ultra 7, and the flagship £300 Smart Platinum 7. 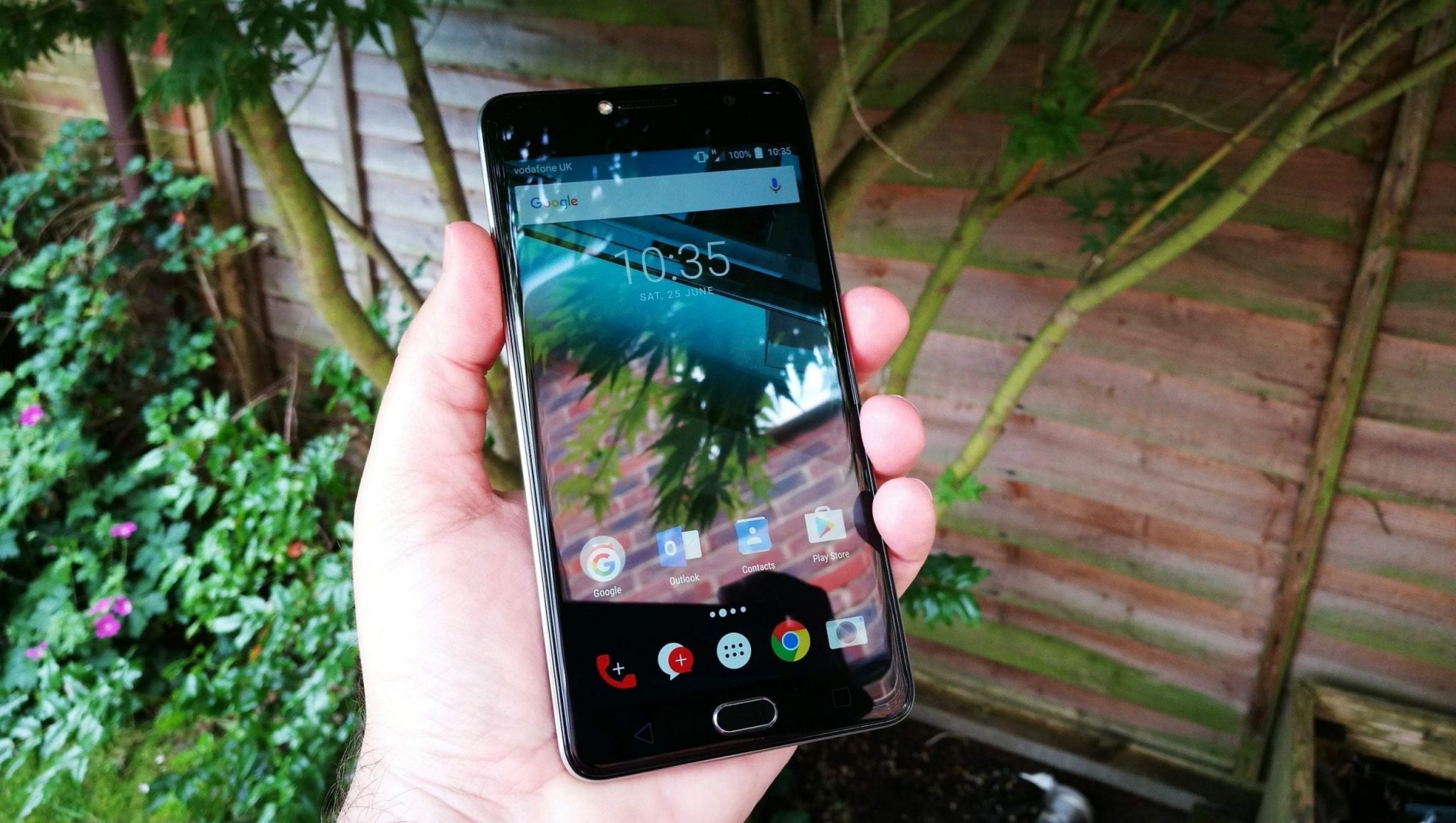 First of all, I have to point out that the Ultra 7 is not made by ZTE like the 6, so while it might look similar with a 5.5-inch display and 13-megapixel camera, it’s quite different ‘under the hood’. Some things for the better, some less so.

Nevertheless, it does still feel rather like a continuation of what made the Ultra 6 such a great device, and many people will never know or care about who built the phone. While it still has a selection of Vodafone apps and services loaded, they’re not so heavily embedded that you can’t remove them if you’d prefer.

The phone retains the full-HD (1080×1920 pixels) resolution, no QHD here like the Platinum 7, and it keeps the capacitive touch buttons underneath the display. Except now there’s a physical home key in the middle. If you hoped this was to incorporate a fingerprint sensor, Apple or Samsung-style, I have bad news: It’s just a button. 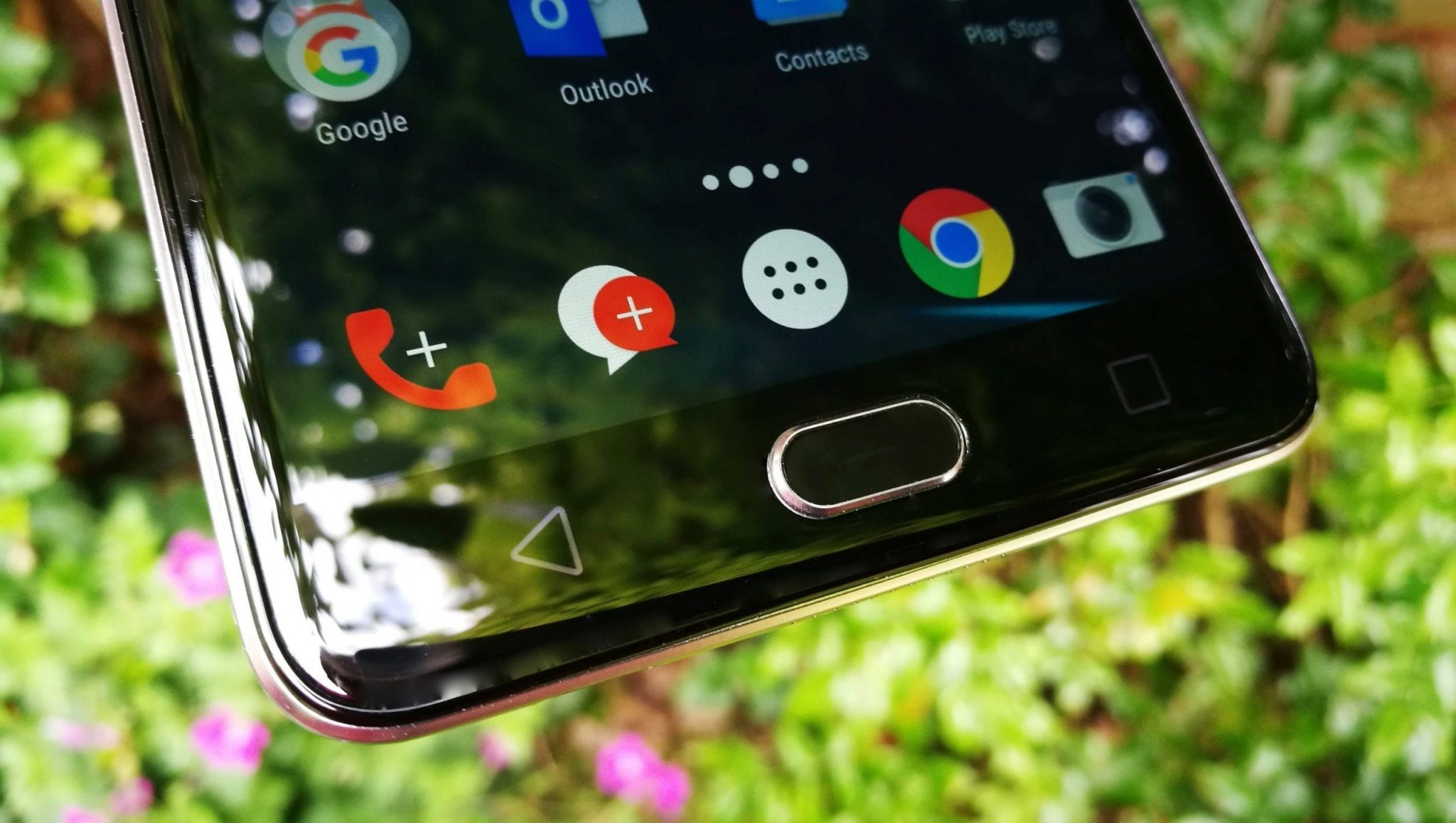 Only the Platinum 7 gets a fingerprint sensor, placed on the back in the position favoured by the likes of LG, Huawei and Honor. Is it worth paying over £150 more for though? 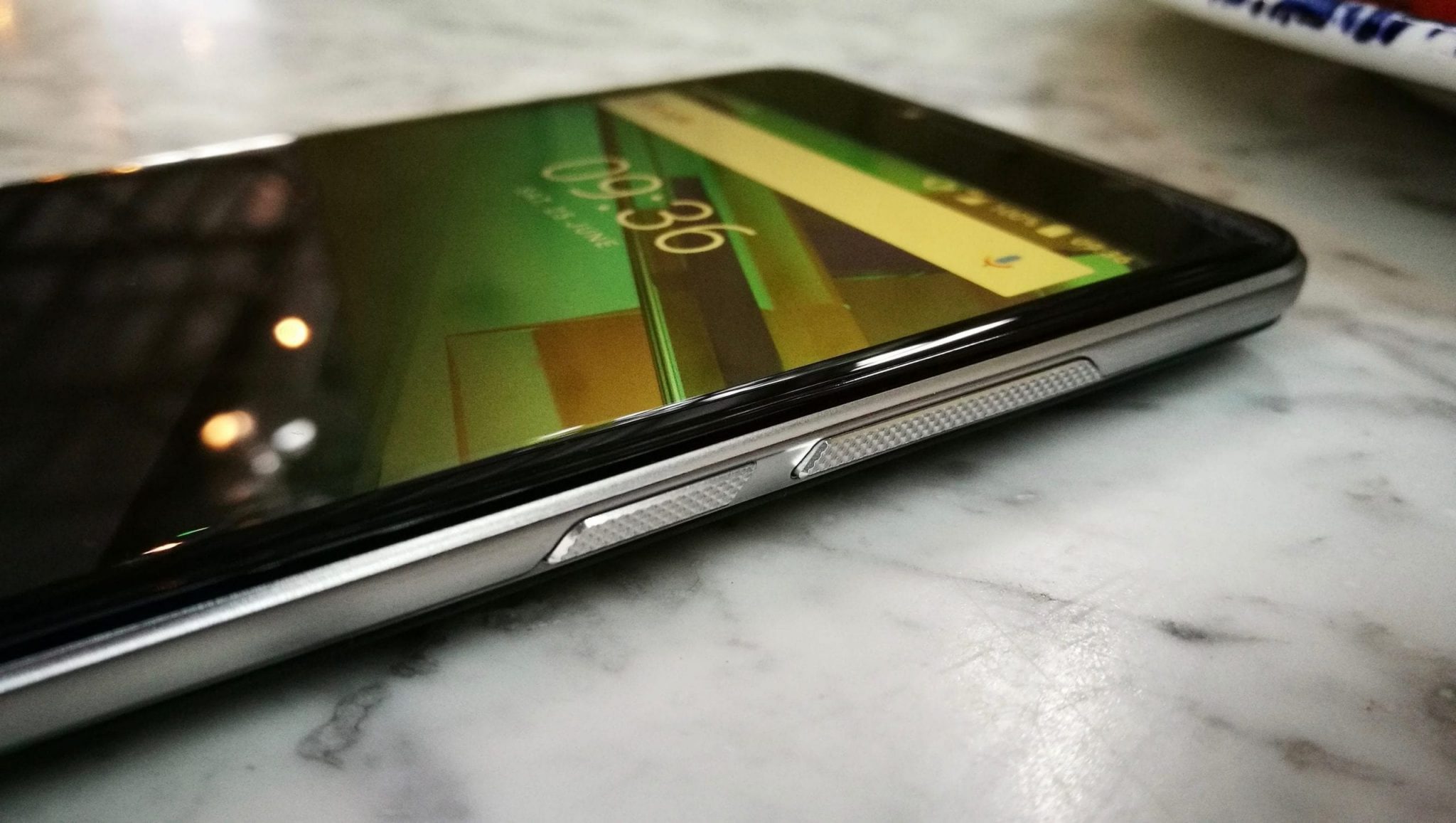 The Ultra 7 is pretty much all plastic, but still has a nice, solid, feel when in the hand. The display stands out from the edging, with a slightly chamfered edge to aid finger swiping from the edge, but otherwise there’s no real standout design feature.

The volume keys (see above) suggest an element of design language that can be found on the other models, but it’s not really that significant. 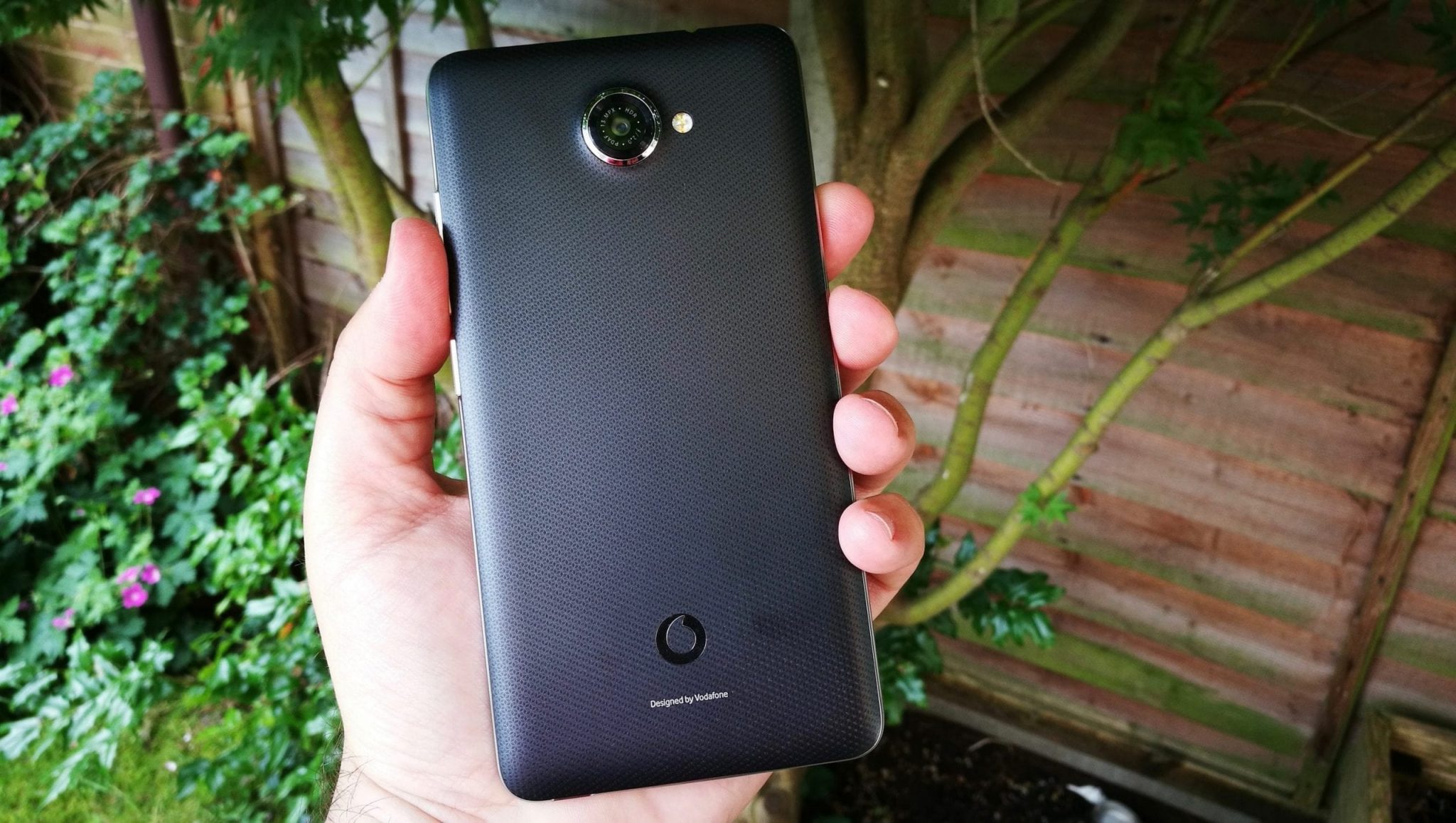 A removable back plate reveals a fixed battery, micro SIM slot (not nano as stated on Vodafone’s store page), and a microSDXC card slot to boost the storage beyond the 16GB of internal storage (of which 3.5GB is reserved for system memory). The phone can accept cards up to the very latest, and expensive, 256GB card going on sale this summer – and higher capacities still, as and when they come.

Once the back plate is clipped back on, it doesn’t squeak or flex, and there’s a nice reflective Vodafone logo to add an extra feeling of quality.

Up top, the camera lens protrudes a millimetre or so, and to the side is a small but powerful dual-tone, twin-LED lamp.

At the base is a single speaker and an offset microUSB port. Not having USB-C is one thing, but the offset nature of the port means it won’t really sit well (literally) with anyone that might have a third-party dock.

I’m not sure if Alcatel makes a dock that has an off-set connector, but I doubt it – especially as the Smart Platinum 7 has its port on the opposite side. I wonder why neither phone could just put the connector dead centre like most every other phone on sale?

During my time with this phone, I also got a chance to look at the new Honor 5C, which goes on sale this week.

Although only sporting a smaller 5.2-inch display (but still with a 1080×1920 pixel screen), it costs just £15 more than the Ultra 7. The selling point for the 5C is that it has an all-new and powerful octo-core HiSilicon Kirin 650 chipset.

The Ultra 7 switches from Qualcomm’s Snapdragon rather flawed 615 SoC to a MediaTek MT6755M octo-core chipset, with four Cortex-A53 cores at 1.8GHz and four more clocked at 1GHz. Like the 5C, and the Ultra 6, it has 2GB of RAM. Plus, the Ultra 7 has Android Marshmallow.

Compared side-by-side, the benchmarking results on AnTuTu shows the Honor coming out top with a score of 53540, compared to the Ultra 7 coming in at 44307.

Topping 40 thousand isn’t bad, and it beats the Ultra 6 comfortably. Just as it also beats the Honor 5X (38908), another Qualcomm chipset phone, which could be considered a more direct competitor to this phone by having a 5.5-inch display too.

In practice, unlike some issues I found with the Prime 7, where it lagged from time to time for no appreciable reason, the Ultra 7 always keeps up.

The Ultra 6 camera was a great all-rounder, but it seems that things have taken a bit of a hit on the Ultra 7. Not that you’ll necessarily notice at first. As I wandered around London taking photos and looking back at them on-screen, thinking ‘not bad’, I wasn’t aware of the ‘bigger picture’.

Under closer scrutiny on a big screen it soon became apparent that all is not quite as it seems.

The phone still has a manual mode like its predecessor, but the camera just can’t capture enough detail to make it a phone I’d recommend for avid photographers.

It’s fine for enjoying photos using the phone as the display, or sharing on social media, but that’s about it. On scenic shots, or in low-light where even more aggressive noise reduction kicks in, everything ends up looking like an oil painting when you get up close and personal.

The Platinum 7 has a vastly superior camera, and in the coming days I’ll do some comparison shots to demonstrate this. 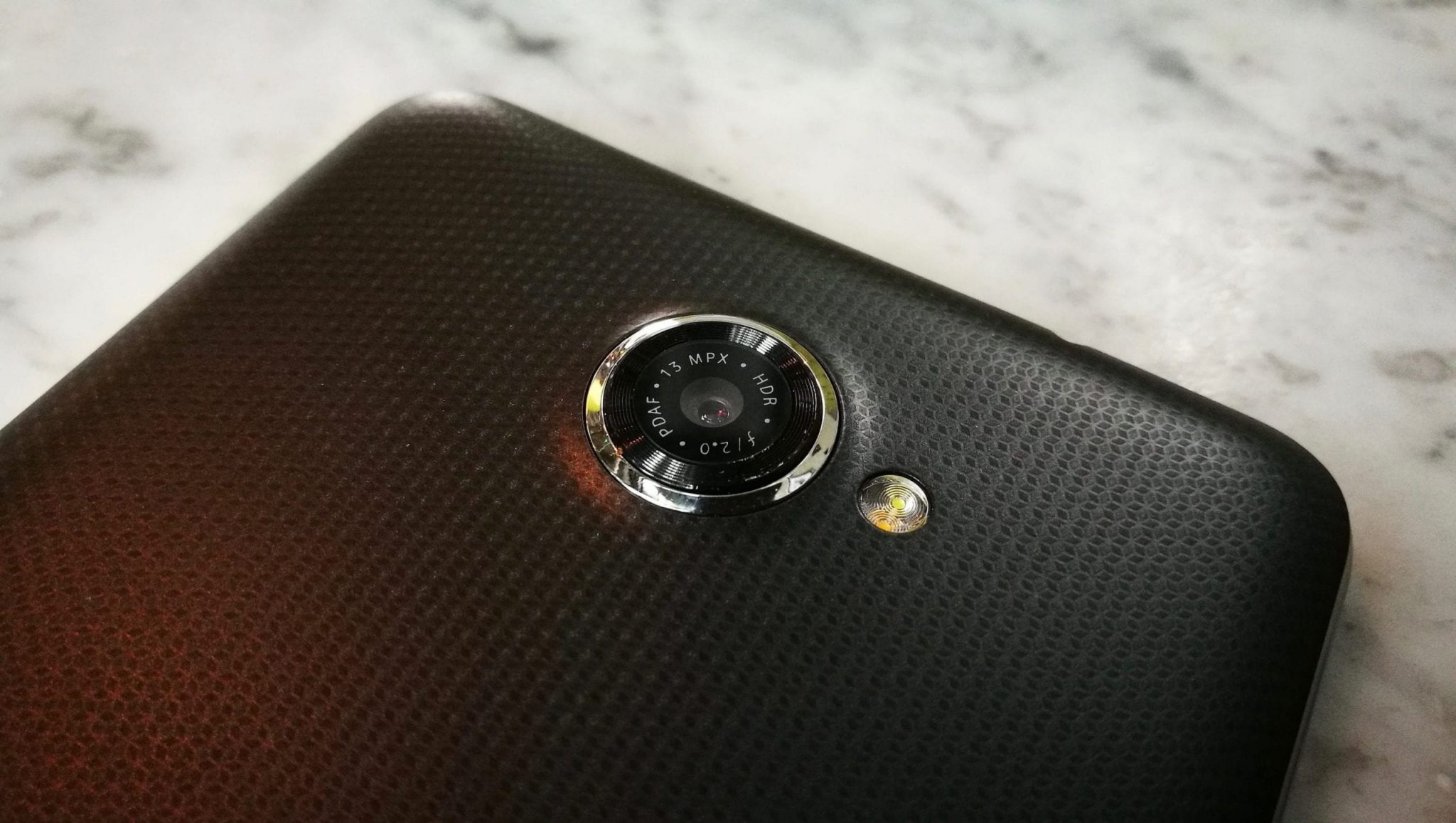 You can of course live with it, because in many cases you’ll never zoom right in. Chances are you’ll never print any photos out, and can live in blissful ignorance.

But, I also found that in many situations the phone also struggled to focus or get the right exposure. Even with Phase Detection Autofocus.

You can tap on any part of the screen to focus lock, but often it finds focus and then jumps off. Hopefully this is something a software update can fix, as you can otherwise expect to miss a lot of photo opportunities – and maybe not even realise it until it’s too late.

My advice is to always review your photos afterwards to check it came out as intended..

Like Huawei and Honor phones, when you do select an object successfully, you can drag up and down to adjust the exposure. That, the HDR mode and full-HD video recording, salvages some credibility for the camera, but overall it’s not the strongest feature of the phone.

This is a shame as the Ultra 6 camera was above average, and in the last year most phones have improved their imaging credentials significantly.

Selfie-fans will be pleased to know that there’s a front-facing flash. This may compensate for the lacklustre rear cam, especially if you live for selfies.

As you can see, unless you download and view the original images at 100%, the photos aren’t too bad. Just don’t expect a high level of detail on trees, grass, signs etc.

While I can forgive the lack of a fingerprint sensor on such a budget phone, it would have been a nice addition. In addition to the security element, it’s also a nice way to unlock the phone quickly and easily. Sooner or later they’ll become the norm, but perhaps that’s for next year.

The phone has NFC support, like the Ultra 6, and so is compatible with Android Pay (which I managed to test successfully). This is another reason a fingerprint sensor would have been nice, if only to make it better equipped for when Android Pay allows payments over £30 at some point in the future.

An average camera won’t be a deal breaker to many, but the internal speaker also lacks punch and can easily distort at high levels. That’s despite Vodafone making a big deal of the speaker in its advertising, claiming it has a 2.4 watt speaker.

This may not be an issue for those who would prefer to wear headphones to watch a film, or listen to music. It might even be a good thing to deter people from playing music loud in public, but it does show that some manufacturers are maybe not fully aware of how competitive the market is these days – at all price points.

The Honor 5C has a punchy speaker at its base, and many other phones (including those from Motorola) show a realisation that good quality audio is as important as a good quality screen.

The Ultra 7 obviously has to compromise on some things to keep the price down, but would a better speaker have been that much more expensive?

Given the Platinum 7 packs in dual speakers that might rank as the best quality front-facing speakers I’ve ever used (and that’s compared against HTC BoomSound-equipped phones and the Nexus 6P), the difference between that and the Ultra 7 is even more incredible.

However, with a 2,960mAh battery (so let’s just say 3,000mAh) the phone should last pretty much a full day, even with a fairly high level of usage. Reduce the screen on time and you may push into the next day.

Android Doze does a good job of conserving energy, but it has been accompanied by a further Intelligent power saving mode.

Usage will vary user to user, but GSam Battery Monitor Pro revealed the averages per charge as follows:

Not bad at all, but as ever, your mileage may vary.

The phone also supports MediaTek’s Pump Express Plus charging technology, for 0-75% charging in as little as 30 minutes – although it does require a suitably compatible charger (9V/2A) that is not supplied with the phone.

Finally, this and the other Vodafone-brand phones don’t show any support for Wi-Fi Calling, nor is there any sign that it is ready for VoLTE as and when the network starts handling voice calls over 4G.. 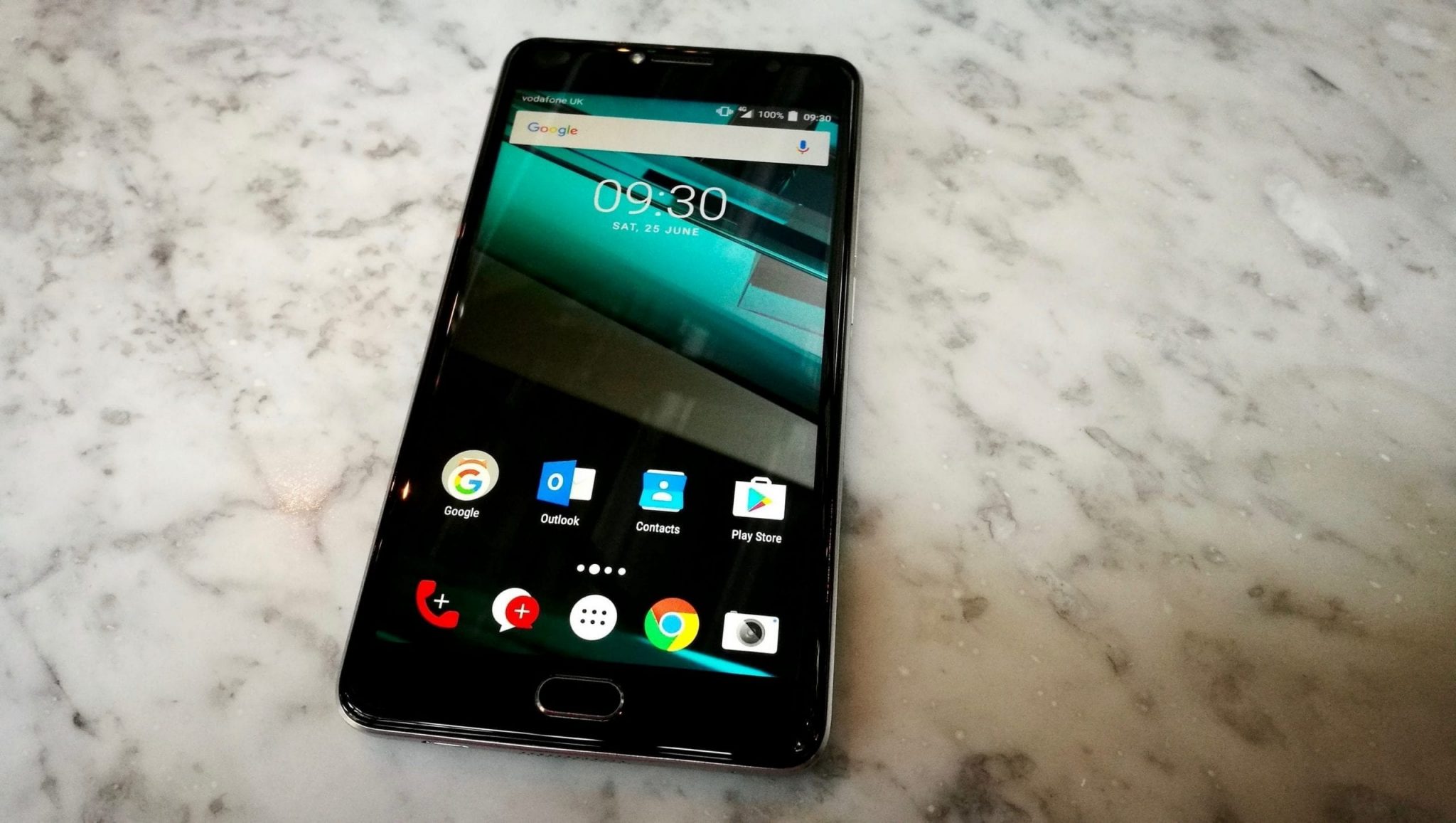 The Smart Ultra 7 isn’t as exciting as the Ultra 6 was. Perhaps it never realistically could be as expectations increased. It’s likely the reason Vodafone opted to meet these elevated expectations with the release of the Platinum 7.

Will this be a phone that the most tech savvy will snap up, chuckling to themselves about how most people ‘just don’t appreciate what a steal it is’? Perhaps not.

The Ultra 7 is of a solid construction, and has good battery life, so it now comes down to you to decide your individual needs, to work out what’s most important to you.

That could well make this a phone worthy of consideration, along with the cheaper Prime 7. And if you aren’t as concerned about the average camera and speaker, there’s little bad to say about it.

With Android Pay support, and a lack of bloatware, it’s another phone to add to a list of worthy contenders. Perhaps in particular for pay as you go buyers, where the low price will be more significant than if purchased on contract. 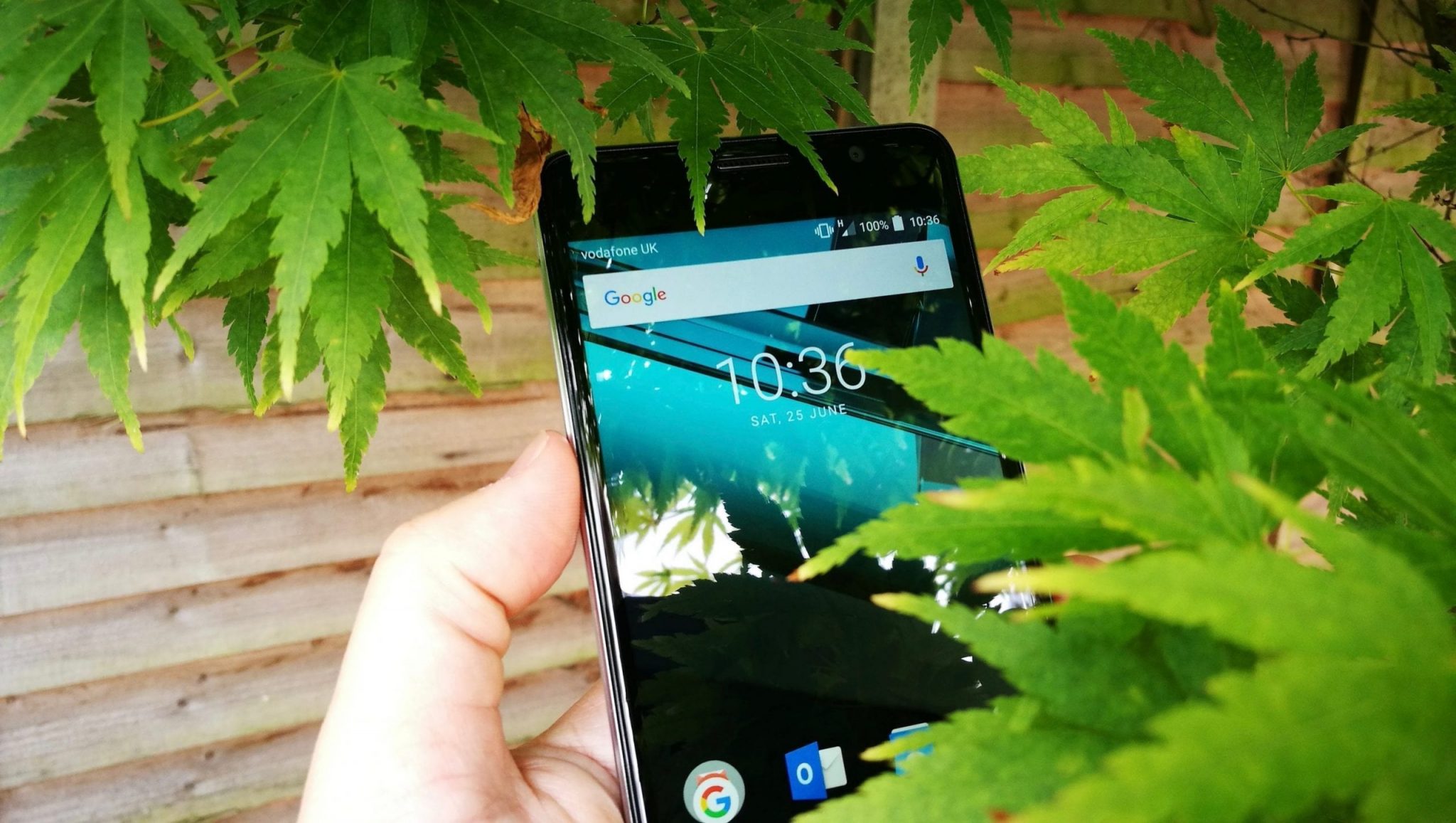