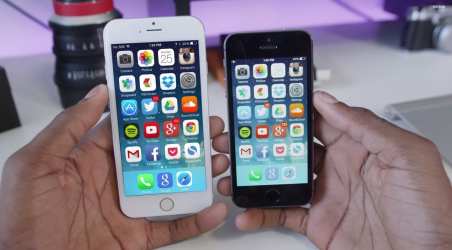 Marques Brownlee is one of the top guys in tech at the moment, and he’s got a dummy model of the iPhone 6 as given to accessory manufacturers.

It gives a pretty good clue of what’s coming next from Apple, with a large (for Apple) 4.7-inch display but some large bezels, possibly to fit in a large capacity battery despite its extra thin design.

What isn’t so clear is when it’s going to be officially announced. Most people are saying later this year, but a few are suggesting a possible surprise at WWDC this very week.

I’ve always resisted linking to the usual rumour stories, or writing my own click bait stories based on almost no facts, but this video has a lot of useful information gleaned from what has to be the best evidence yet of the next iPhone flagship.