This morning, BT finally got back into the mobile game with the (re) launch of BT Mobile, this time as an MVNO for EE – a company BT is in the process of acquiring, subject to regulatory approval.

It has been teased on forums and social media for some weeks that BT would come up with something cheaper than anyone else, so there was already a raised expectation. 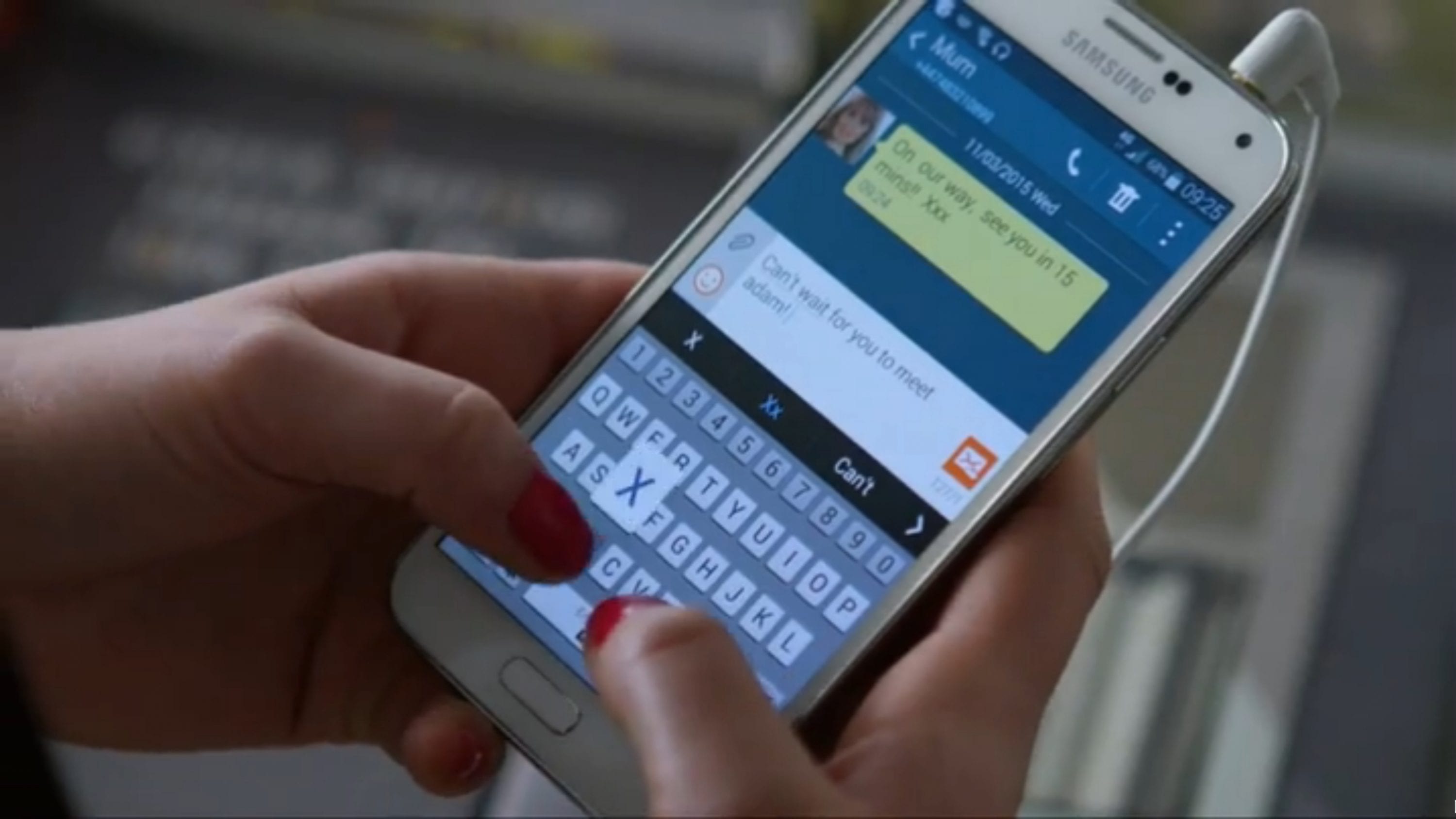 Firstly, the cheapest deals are exclusively for existing BT broadband customers. That’s not such a big deal as BT have plenty of subscribers (you might be one already), and it’s a move that was expected given it’s supposedly all about ‘quad play‘ these days.

£5 off is the reward here, applicable to any of its new SIM only 4G enabled tariffs.

BT is quite understandably going to push the 4G aspect hard, and so it should considering it will be utilising EE’s robust network that comprises 2G, 3G and 4G.

In the future BT will also be able to call upon it own 4G spectrum that it bought in the 4G auction, although that is likely going to be restricted to certain areas where BT plans to use 4G to reach places where traditional cable solutions would be uneconomical.

The plans start at £5 per month (for BT broadband customers), with 500MB of data, 200 minutes of calls, unlimited texts, plus unlimited Wi-Fi access and the free use of the BT Sport app.

Calls to 0800/freephone numbers are also free here, ahead of when Ofcom will make it a requirement for all operators and tariffs.

The same plan is £10 a month if you’re not an existing broadband customer, but obviously BT hopes you will decide it’s time to sign up to save money.

It even shows on the same page the combined rates for having a home broadband connection, which – in true home broadband tradition – hides away the line rental charge, as if there’s any way to avoid it.

The next tariff jumps up to 2GB of data per month, along with 500 minutes of calls (still unlimited texts, naturally) and with a price of £12 per month for BT customers, or £17 a month for everyone else.

Finally, there’s the ‘jewel in the crown’ 20GB plan, with unlimited calls too. That’s £20 a month for BT customers and £25 for everyone else.

All this sounds like a fantastic deal, and one that could shake up the industry. But is everything as it seems?

Well not if you were hoping to use any of that 500MB, 2GB or 20GB allowance to connect your tablet, computer or set top box to the Internet. 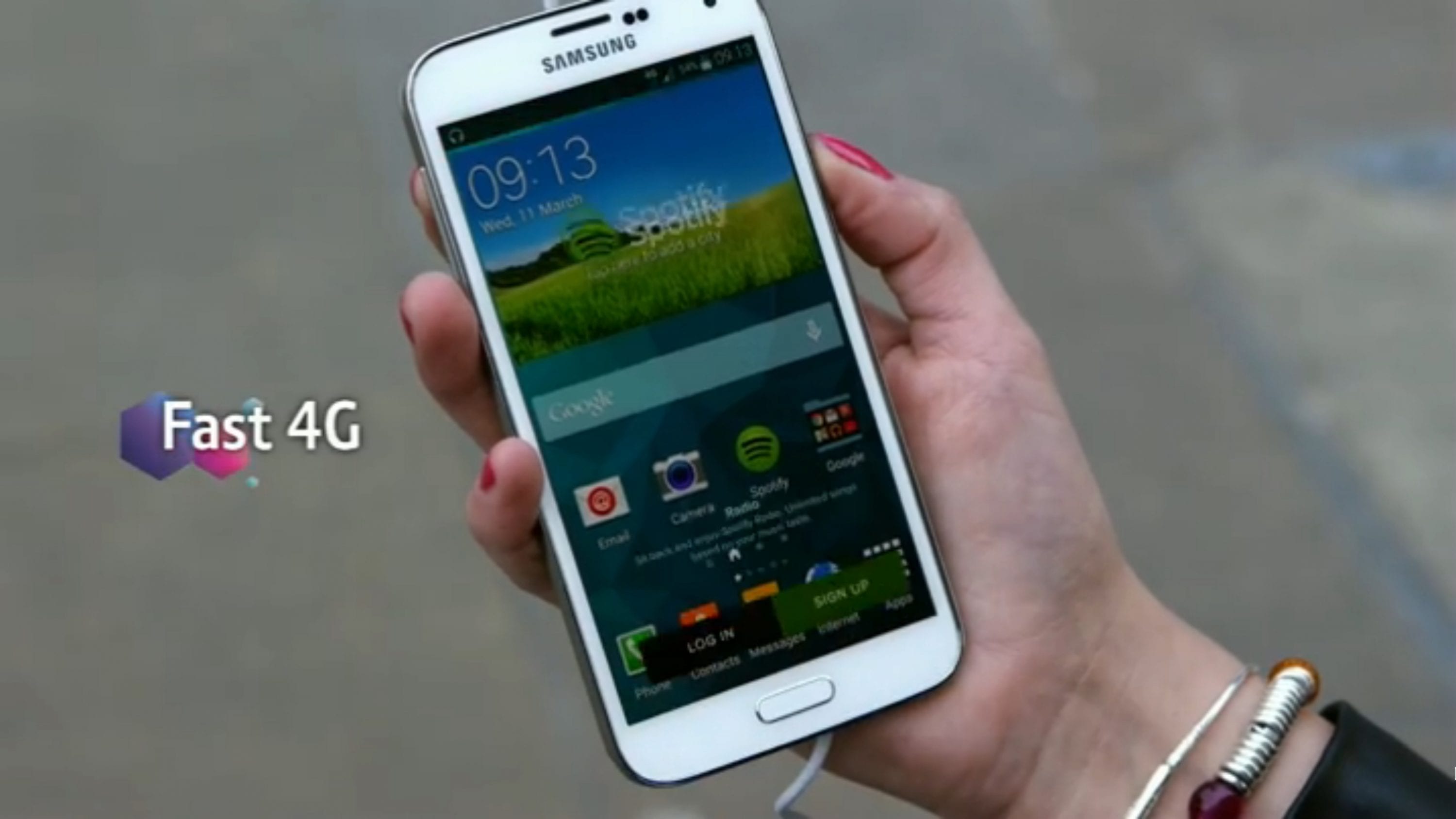 Keep it to yourself

You see, down in the small print is the sentence “You cannot share your data connection with other devices”.

So that means no tethering. At all.

Now, that doesn’t mean there won’t be users who find a way around this, but anyone that does find a way will still be in breach of their contract and could find themselves in trouble.

But why should tethering be blocked when you’re paying for a chunk of data?

By comparison, most other networks do allow tethering and don’t care how you choose to use your data allowance, or any data that you pay for when going over. Three is the only exception, but that’s because it’s the only primary network offering unlimited data.

EE offers a hard cap to prevent any unwanted surprises, while BT will let you set a range of caps via your BT Mobile account. As of today, it’s not clear how much you’ll pay for extra data if you exceed your allowance.

Three continues to offer an unlimited data tariff on SIM only, with 4GB of tethering per month. Three doesn’t have any 2G to fall back to (except in an ever decreasing number of places), although that will change in the years ahead if the Three buyout of O2 is allowed to go ahead. 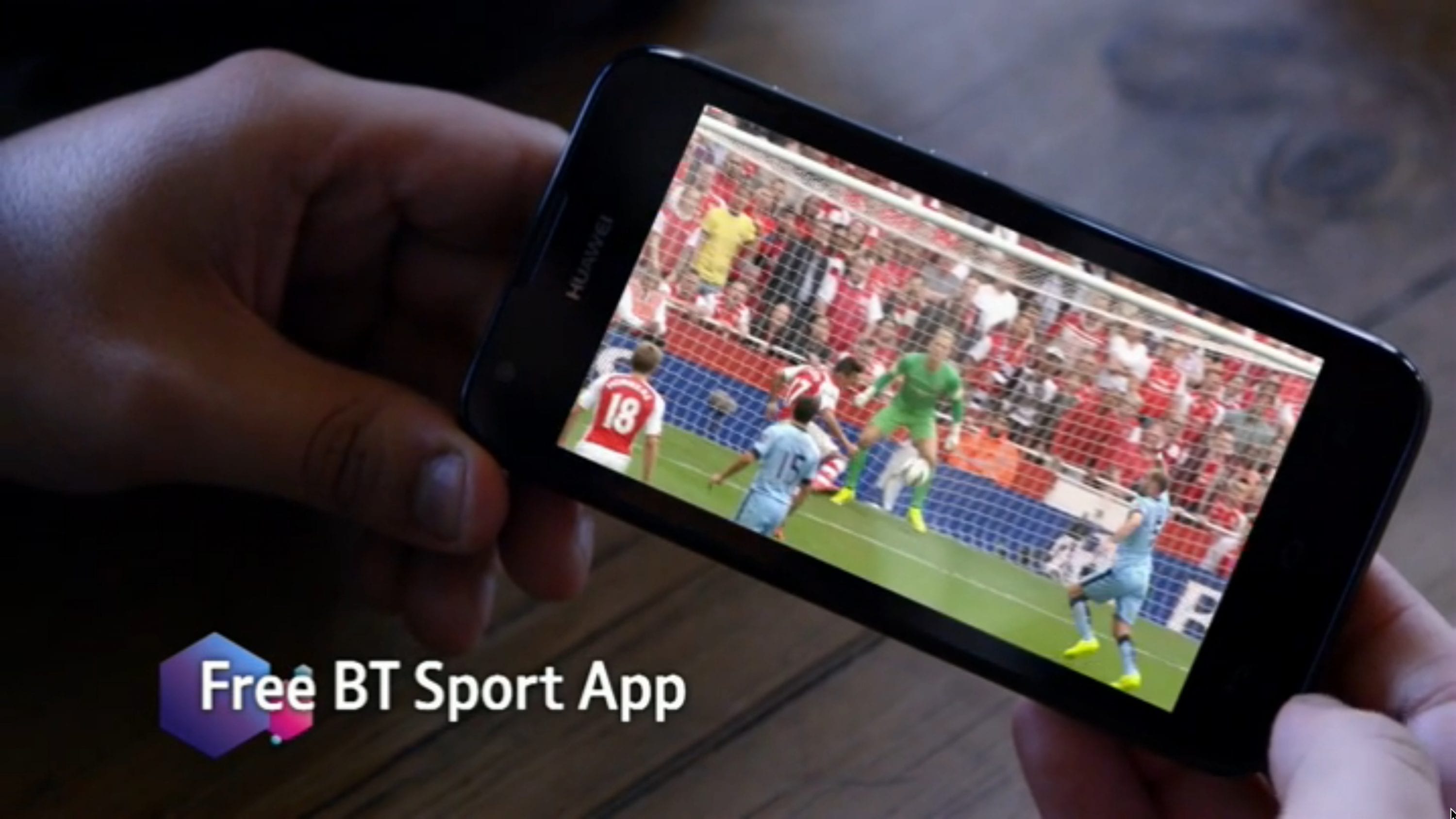 Additional incentives to seal the deal

BT is hoping that BT Sport access on the go, and unlimited use of BT Wi-Fi hotspots will get you signing on the dotted line, but is Wi-Fi access such a big enticement these days? With 3G and 4G speeds often hugely surpassing Wi-Fi hotspot speeds, does anyone care much?

My experience with using hotspots is so hit and miss these days that I usually turn off Wi-Fi and stick with mobile data. Slow speeds, huge latency, regular drop outs; all reasons I’ll only use Wi-Fi as a last resort.

Perhaps the only exception is Virgin Media’s Wi-Fi service on the London Underground, but even that has started to falter as I assume more people are starting to use it.

There are also very few places I can think of where Wi-Fi is the only way to get online, like an indoor location where no cellular signal can get in at all. In most cases, you can get free Wi-Fi in shopping centres, restaurants, coffee shops and so on anyway.

EE used to offer BT Wi-Fi access, but quietly dropped it a year or two ago. I doubt many people noticed or cared.

So that leaves access to the BT Sport app. Clearly only really a deal for non BT Broadband customers (residential customers get BT Sport for free anyway) and I’ll have to leave it up to you to decide if that’s a dealmaker or not. 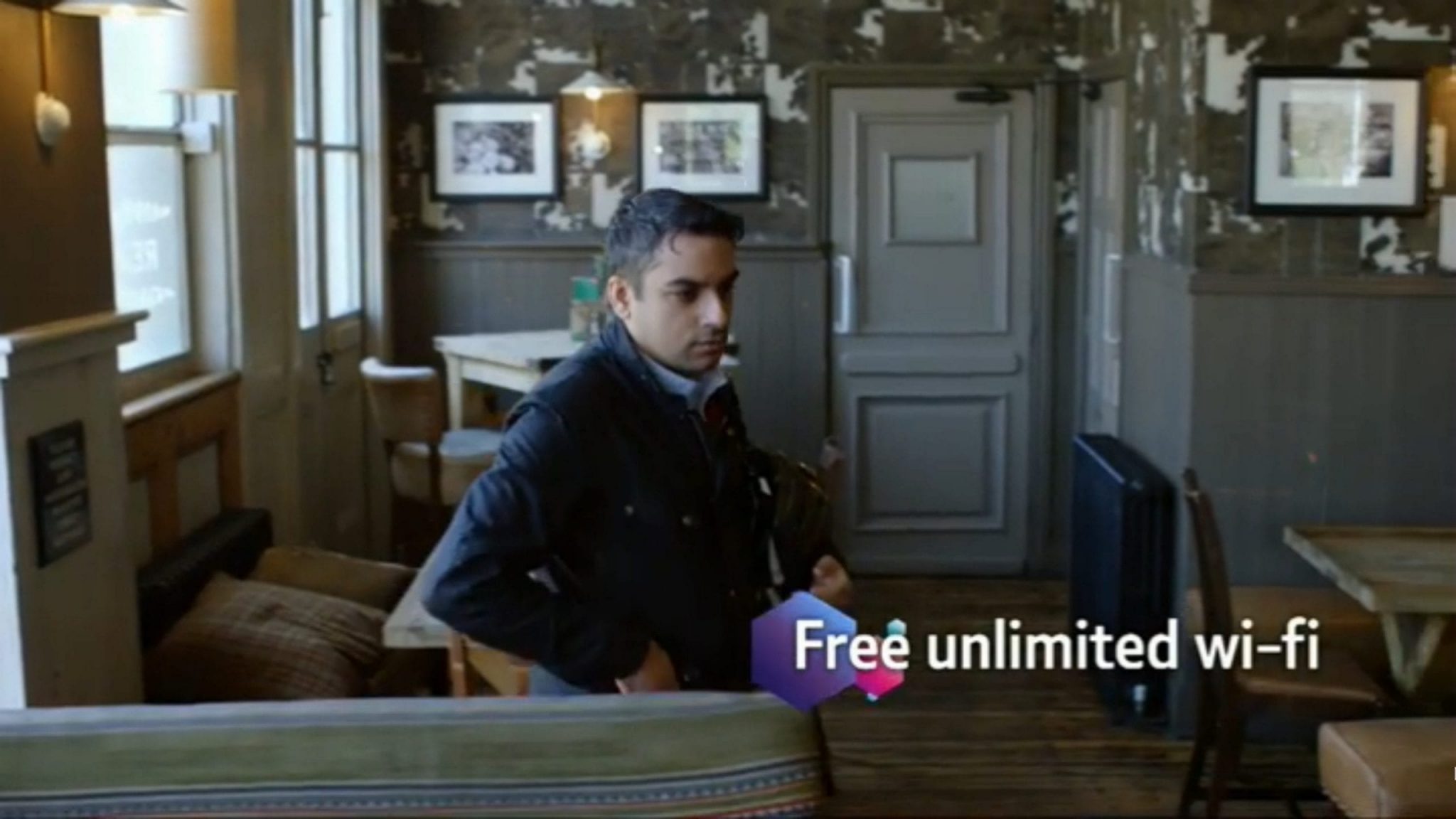 Before signing up, it’s important to consider the alternatives.

Vodafone is currently offering 20GB for £30 a month. This can be considered as just £20 if you already subscribe, or wish to subscribe, to a service like Spotify that is included free and would be costing you £10 a month extra otherwise. If Spotify isn’t your thing, Vodafone alternatively offers access to Sky Sports Mobile TV, or Now TV.

EE meanwhile ended its promotion that offered 10GB of data for £27.99 a month, meaning the highest tariff it currently has on SIM only is just 5GB per month. It certainly looks like a rather bum deal, even though you can currently get the 5GB package for £21.99. Confusingly, it still has the same 5GB plan showing for the ordinary £27.99 rate too. Come on EE, sort it out!

If you need more data, EE has decided the only available add-on for the SIM only tariffs is for a further 100MB of data (and at £1.99 a time). Suffice to say, EE doesn’t seem to care much about SIM only customers, perhaps offering them only to satisfy a requirement to offer 12 month contracts.

Three is offering AYCE (unlimited) data for £27 a month, including 4GB of tethered data (5GB for an extra £5), unlimited calls and texts, but if you can sarcrifice some of those minutes, you could drop down to £17 a month for 200 minutes, or £22 for 600 minutes, and still with unlimited data. Then there’s the Feel at Home service that will expand to allow free roaming in Spain and New Zealand from next month (April). There are currently no promotions or offers available.

Finally, O2 tops out at 8GB on SIM only, at £30 per month, also with unlimited minutes and texts. It has a promotion at the moment, with the two months free worth £60. There’s one catch; the deal is due to end today (March 25th) so it’s probably best to ignore it for comparison purposes.

And what if you’re not with BT, but with another ISP like TalkTalk? Well, TalkTalk has been offering its own SIM only deals for some time – including an entry level package that starts at £3.75 a month or completely free to TalkTalk broadband/TV subscribers. You only get 100 minutes, 250 texts, and 200MB of data though. Be aware it’s also 3G only for now, but should change later in the year when TalkTalk switches from using Vodafone’s network to O2.

There are also MVNOs like Tesco Mobile and others that now offer 4G access on SIM only plans too. Virgin Mobile intends to give customers 4G at some time (it already does for business users), while Sky is yet to offer of its customers a mobile offering at all – something that is certain to change in the coming months.

Be aware that some MVNOs (which might even include BT Mobile) can have a lower network priority, meaning a higher chance of data being throttled before users on the ‘primary’ network are affected.

As such, heavy data users (and especially those requiring tethering) might have little choice but to stick with the likes of Vodafone, EE, O2 or Three.

It pays to shop around

It’s great to see another player enter, or even re-enter, the arena. It’s also great that 4G is no longer something that you have to pay loads extra for, but with so many choices on offer it’s getting increasingly confusing.

I’ve not even considered things like coverage, 4G network rollout strategies, potential data speeds (you can see my recent 4G speed test comparison that targeted London below) now and for the future (e.g. LTE-A, 4.5G etc), which are also additional factors to take into account before signing up.

Whatever you decide, SIM only makes the most economic sense in the long term. It gives you the power to swap and change tariffs relatively quickly (especially as some networks offer 30 day plans), in order to take full advantage of the best deals available now and also whatever great deals might come in the near future.

So what if you have to pay full price for a new phone instead of loading it on to your monthly bill (with a 24 month lock-in)? You’ll be free to shop around for an unlocked, unbranded, phone of your choice – and keep it for as long as, or as little as, you like with no massive ongoing bills.

Update: Interested in all the other costs for the new tariffs? Check out the Residential Tariff Guide (PDF).