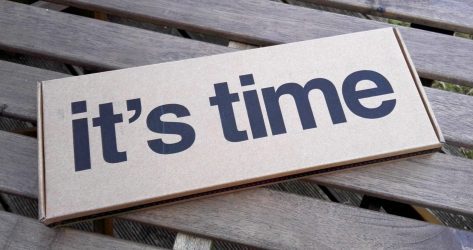 My Pebble Time is here! Just over 12 hours from when I got my initial shipping notification from DHL that it had left Ireland, which more than makes up for the extra fee I had to pay to avoid the standard 4-6 week shipping from Hong Kong.

Naturally I couldn’t wait to unbox it and get it on my wrist to share some photos, before I go ahead and start installing some apps and watch faces.

Given it’s the first day for a while where the sun has actually made an appearance, I thought I’d do it outside as it’s a good way to see just how good the screen is outdoors, given how most LCD and OLED displays become virtually unreadable in the sun.

This watch looks incredible in the sun – but still remains perfectly readable indoors as I later found.

Of course, I need to have some time to play around with the watch properly before giving my verdict – but I can’t recall being quite as excited about a new gadget for some time, so it’s fair to say that my initial first impressions are rather positive!

Even if you didn’t back the watch via Kickstarter, you’ll soon be able to pre-order the ordinary retail version that will go on sale in the next month or so. Check back soon to see what I think, just in case I change my mind (which seems rather unlikely – but you never know!).