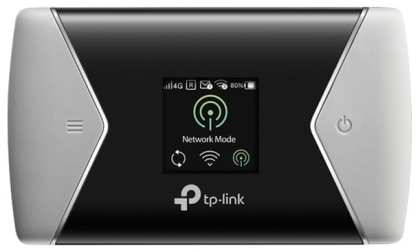 Portable hotspots, like the TP-Link M7450 Mobile Wi-Fi, have become a very useful way to get multiple devices online when travelling, and a good alternative to draining the battery on your smartphone with tethering enabled.

For one thing, most phone plans don’t come with the same amount of data you can get on a dedicated data-only plan, or at least not at the same price.

If you need to get a device, or devices, connected to the Internet on the move, a standalone hotspot is a sensible investment, and fortunately prices have come down to make such an expenditure more easily justified.

I’ve used portable hotspots from the likes of Huawei, Alcatel and Netgear in the past, but until now had never used one from TP-Link. Having a number of TP-Link routers and powerline adapters that I’ve had no issues with, I was very keen to try one out when the company approached me to ask if I’d test one.

The timing worked out well, given I had an upcoming trip abroad. 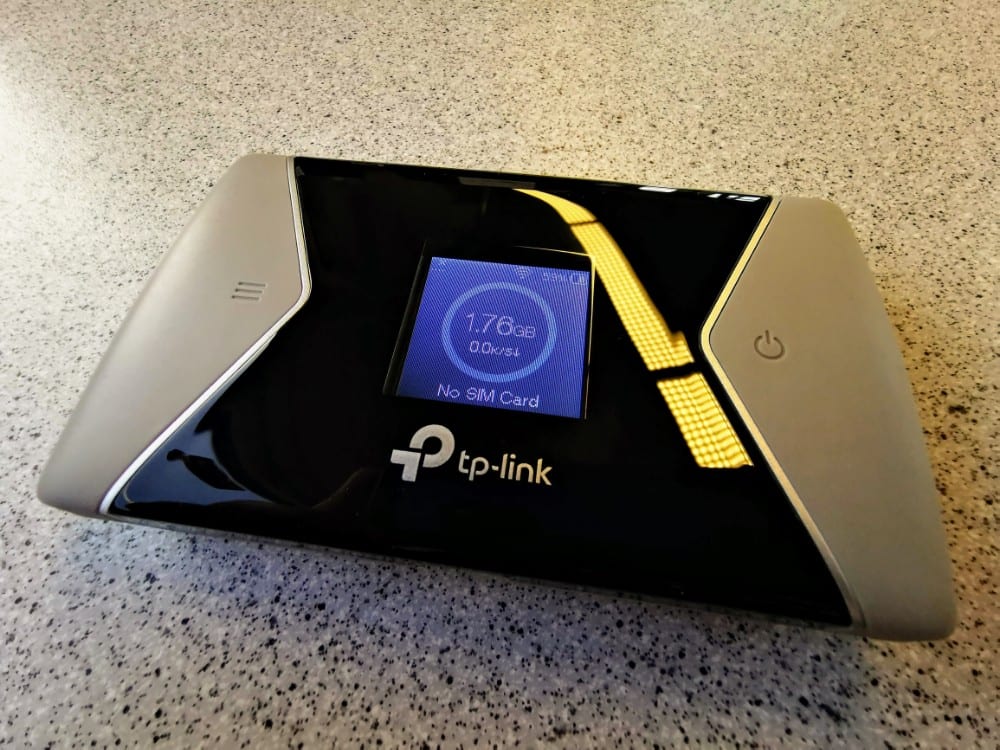 In many instances, we’re comparing this against the questionable Wi-Fi available in coffee shops, airports, train stations and the like. Often much slower, with potentially questionable security, and coverage issues should you move around.

It goes without saying that, just like your phone, the ability to get a good signal on the hotspot will depend on where you are. However, you can often place the hotspot in a good location for a signal, then use your devices wherever you want in the same room.

The M7450 contains a 3,000mAh battery that TP-Link claims is good for up to 15 hours of usage, and it has dual-band Wi-Fi. On the 5GHz side, with 802.11ac support, you can connect devices at up to 867Mbps (this will depend on how many antennas your other devices have), ensuring you won’t be losing out on the maximum speed potential because of the Wi-Fi element becoming the weak link.

Like most other hotspots on the market, there’s a microSD card slot inside (in addition to the micro SIM tray, which conveniently comes with an adapter for nano SIMs in the box) too, so you can run the hotspot as a mini server. It’s a feature you’ll probably never use, but it’s there if you want to store files to share between users on the same network.

Unlike the other devices I’ve used, the TP-Link hotspot has a full colour LCD display, with a simple method of navigating the menus to manage certain features without needing to log in via a web-browser, or installing the optional tpMiFi app for your phone (each of these letting you make adjustments like selecting networks, enabling roaming, forcing a particular network connection – like 3G or 4G – or altering the SSID and passwords).

In standby mode, you’ll always be able to see how much data has transferred either way, and also keep an eye on the battery level with a proper percentage reading.

The hotspot can be used with up to 32 devices at the same time, but I find it unlikely that anyone would ever put that to the test. Even with a load of devices around my home, I was unable to test this because it was, frankly, impractical to do so.

Personally, if you had that many devices to connect then I’d be seeking out a more substantial mains-powered router. You could keep it permanently powered via its micro USB socket, but it really is more for connecting a laptop or tablet on the go than hooking up a home or office full of people. 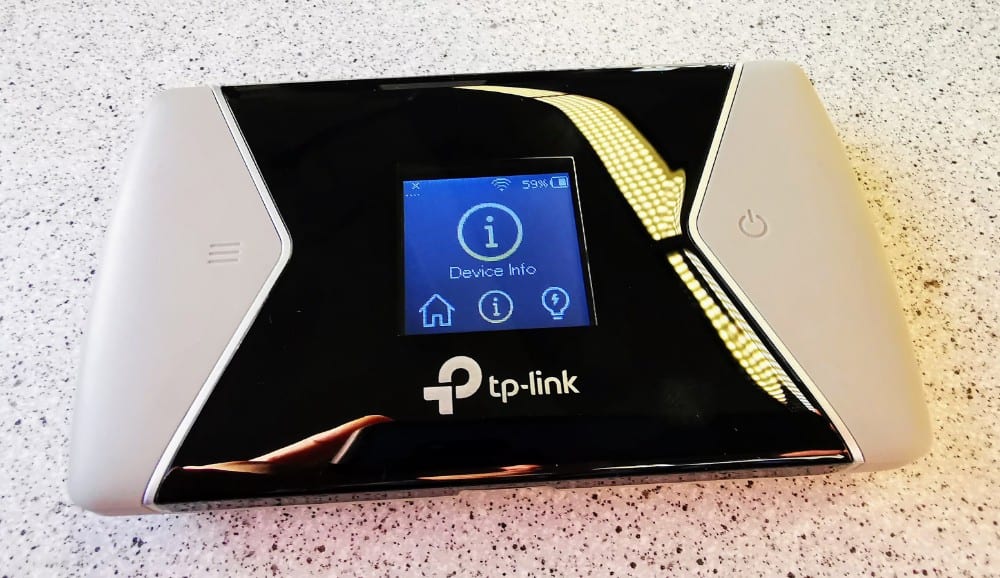 Although made of plastic, the M7450 feels solid enough and I never came close to depleting the battery before it got put back on charge.

USB-C charging would have been nice, but that’s more a convenience thing for me since almost every new phone I have has USB-C. For owners of older phones, or an iPhone user, this isn’t an issue at all.

Products like this, as well as wireless headphones and other accessories seem set to use micro USB for some time to come so you’ll just need to pack more cables with you when you travel. It’s no biggie.

Another nice aspect of the device is that it powers up quickly, without a lengthy scan of Wi-Fi channels, that can leave you waiting 30 or 40 seconds on other devices, before you can connect to it. If you decide to turn it off when not in use, the fast boot time will be hugely welcomed.

It’s worth noting that the M7350 offers half the potential download speed, a smaller 2,000mAh battery, and single-band 2.4GHz Wi-Fi, but that’s still a huge discount that can’t be ignored – at least until the sale ends.

It compares better against the M7650 that costs £40-50 more, but offers speeds of up to 600Mbps. The Cat 11 modem in this model may also see some performance gains at the cell-edge, but on my trip I never had an occasion where I lost service. Nor were the speeds I was able to achieve ever nearing 300Mbps, let alone 600Mbps.

Clearly there’s more to it than raw-speed, but the M7450 proved itself as being reliable, easy to use and striking the best balance of performance and price. For that reason, I would be happy to always pack this in my travel bag to keep me and the family entertained on future trips, at home or abroad.