Last year at Mobile World Congress it was easy for journalists to make jokes about the Galaxy S5 being anything but original, and full of gimmicks.

But then we all got our hands on the device, and it was actually a pretty decent phone.

Sure it was possibly a little dull and unadventurous, and with faux leather covers that looked rather horrid in some colours but okay in others, plus dogged down by TouchWiz, but it was still a good phone. Nobody can deny that.

And plastic, whatever anyone might say, is still a pretty good material to use – especially with easily replaced covers for any accidental bumps and scrapes.

Accompanied by a good range of accessories, including a wireless charging case, the Galaxy S5 was perhaps unfairly criticised for showing a lack of originality.

But when the announcement came that sales were way down, it transpired that perhaps the general public wouldn’t just keep snapping up every new phone Samsung threw onto the market.

That meant something had to change.

But the Galaxy S5 still had a removable battery, memory card slot and a perfectly functional camera. Lower in megapixels than Sony’s Xperia Z2, but still more than adequate for 95% of consumer needs.

Jump forward a year, and it’s all change for Samsung with its ‘Project Zero’ strategy. But is it for the best?

Having had multiple leaks before the official announcement of the new Galaxy S6 and the Galaxy S6 Edge, there wasn’t much left to talk about when it was finally unveiled late on the Sunday evening before MWC officially opened its doors for the week-long mobile industry conference. 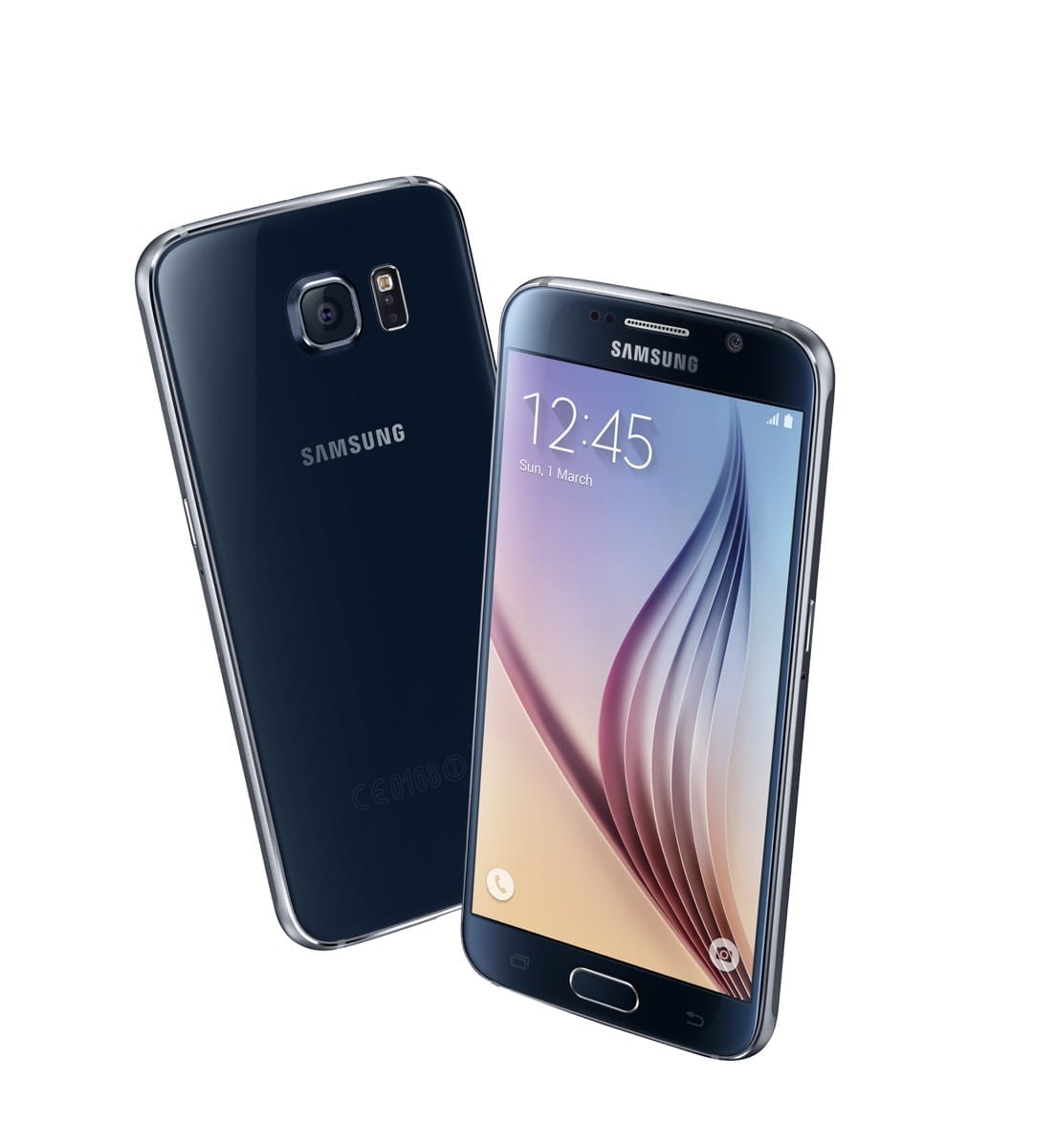 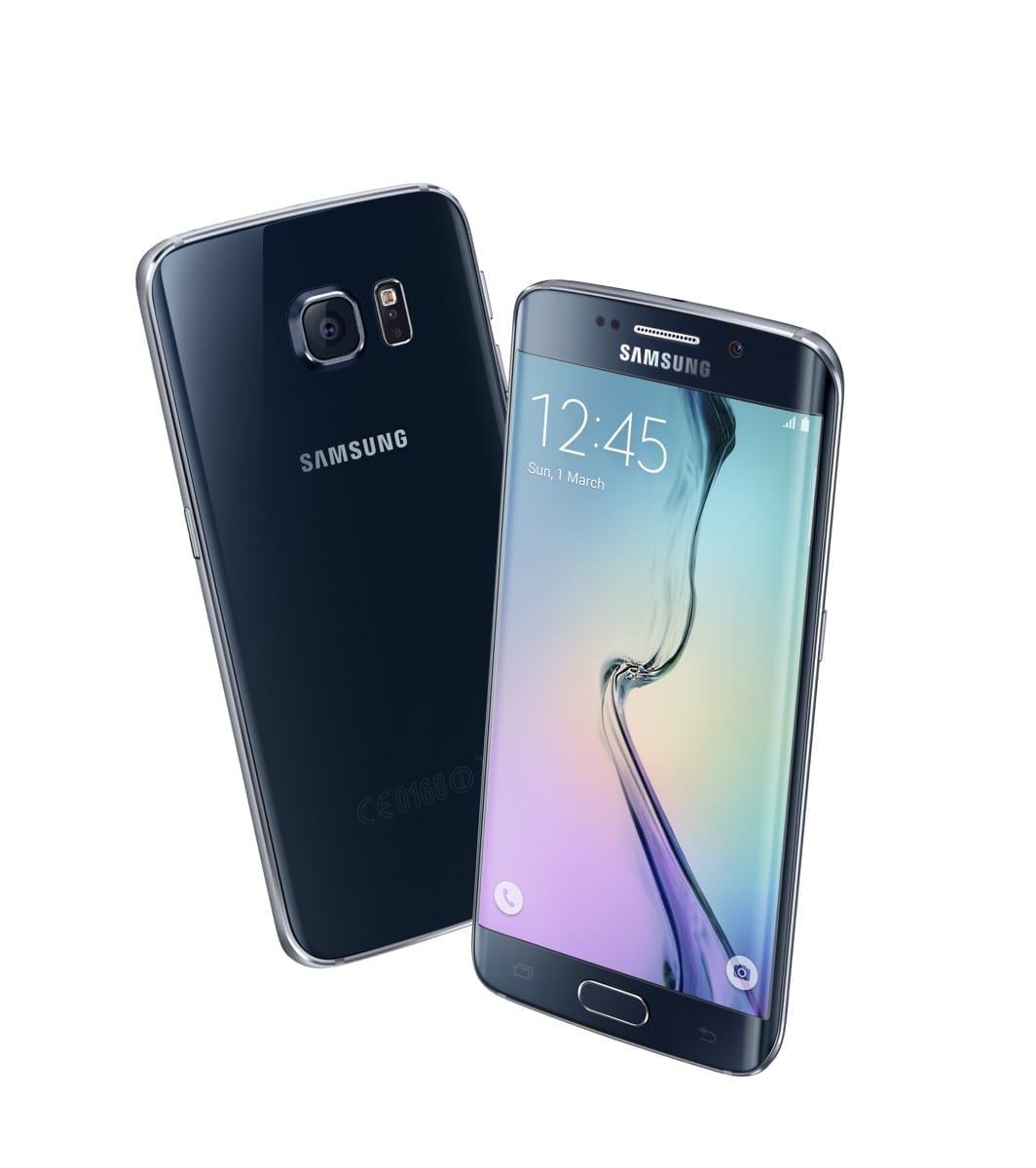 The end result appears to be that Samsung has decided to copy Apple. Not by literally copying the design (although there are similarities, but when you’re building a flat rectangular slab there are always going to be), but rather copying everything that Apple does to enjoy those huge profit margins that might one day earn the company enough cash to take over the world.

Samsung must have the belief that it is ready to take a slice of that (Apple) pie, by significantly upping the quality of materials to justify a higher retail price, which extends further to the ditching of a memory card slot in favour of the preferred Apple practice of charging a premium for models with increased storage. A hefty premium at that.

Of course Samsung has tried this before – many manufacturers have – but it must have more confidence of being successful this time around. Or else it’s mad. I can’t quite figure that out.

Apple launched two iPhone 6 models last year, so perhaps that’s what prompted the decision to release two Galaxy S6 models. Both with the same sized screen, unlike the iPhone 6 and 6+, but the S6 Edge having a near bezel-less look thanks to a wrap around screen over the left and right-hand edges. 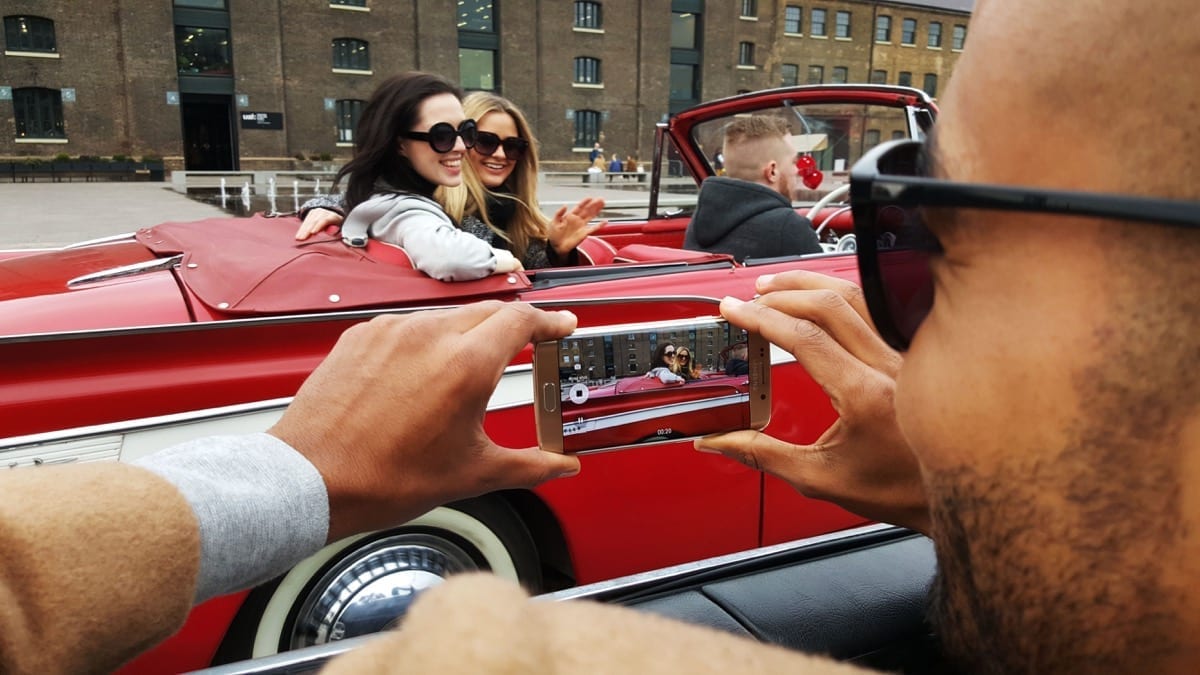 Don’t get me wrong though. Each phone looks stunning, but surely in years gone by you’d have expected the S6 Edge to be the sole new Galaxy flagship, not one of two models that could confuse people and give networks and retailers a real headache with stock management.

The availability of an ‘ordinary’ S6 also seems to lessen the impact of the whole thing, even if it will be over £100 less.

Not yet confirmed retail prices (£ is approximate)

At the end of the day, Samsung is pitching these models at iPhone prices, which is a risky strategy given how prices in the world of Android are being driven down month on month.

We’ve seen what you can get for around the £100-150 mark, and in 2015 you can expect to see many more impressive quad-core, 64-bit, mid-range handsets selling for not much more.

Some insiders say the standard S6 model is only here because the yield rates on the curved screens are not yet at a level Samsung would like them to be, so maybe it should have waited until it could sort out the issues?

Or start with the Edge model and introduce a cheaper model later in the year, rather than cut the price of the Edge to keep the interest going. 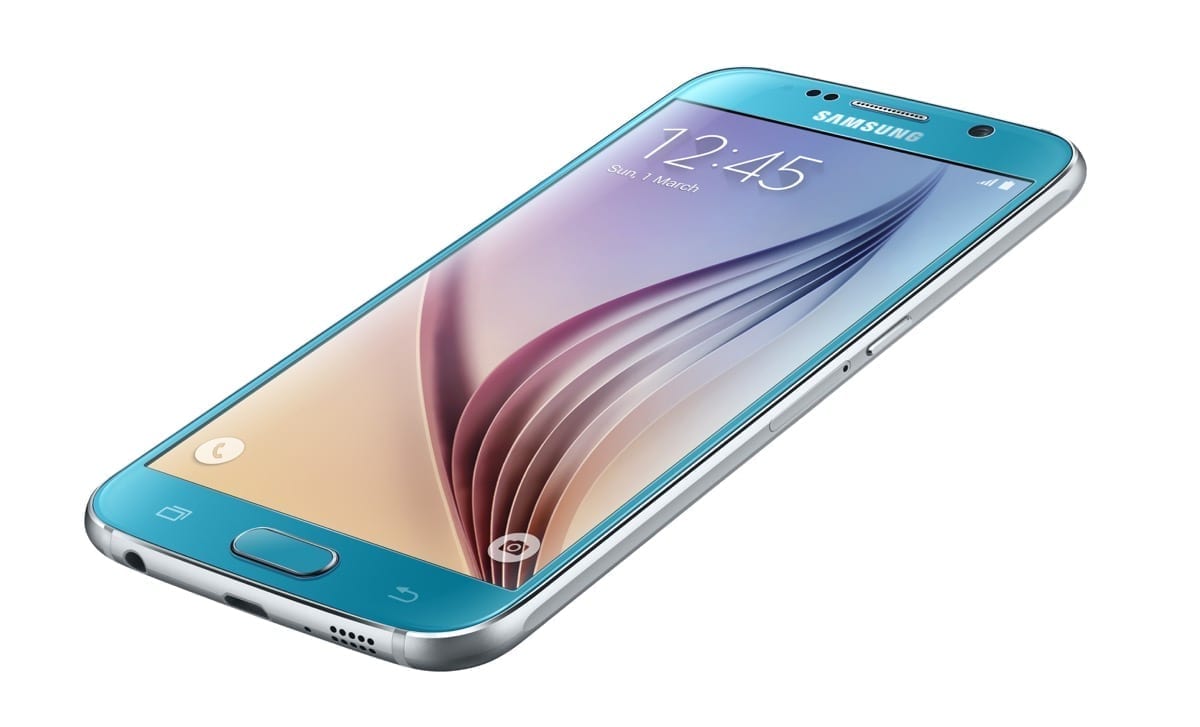 Will seeing it in the flesh swing opinion?

By not attending MWC this year, I’ve not had the chance to see the new phones properly, and if last year was anything to go by, opinions can quickly change once you’re holding it and able to use it for yourself.

Hands-on reviews from Barcelona suggest it’s fast, and the camera very capable in low light (but did Samsung really need to copy the iPhone’s protruding lens?)

But whatever I might think of the phone, the lack of a memory card slot is almost certainly a deal breaker for me and likely many others. It’s mad given the fact that Samsung only recently launched its own 128GB microSDXC card, retailing at a pretty competitive price against the year-old SanDisk.

And SanDisk has used MWC to unveil its 200GB memory card. Although likely priced in excess of £200 when it goes on sale in Q2, it’s not even an option to anyone that buys either of these new phones.

Charging more for storage is a very successful money-maker for Apple, but will it work for Samsung?

When other companies ditched card slots, they soon changed their minds following negative feedback. It’s a common complaint on the cheaper Google Nexus models, and I can see all the reviews being very negative on this point.

For Samsung to copy something that many people berate Apple for doing seems bizarre. It really does not make sense.

Nor does the smaller capacity battery in order to have a thin phone, when battery life is often considered one of the most important features of any new phone when people are surveyed –  above greater pixels-per-inch screens, faster processors, more CPU cores or RAM.

Maybe I’ll be proved wrong, but I don’t think so. 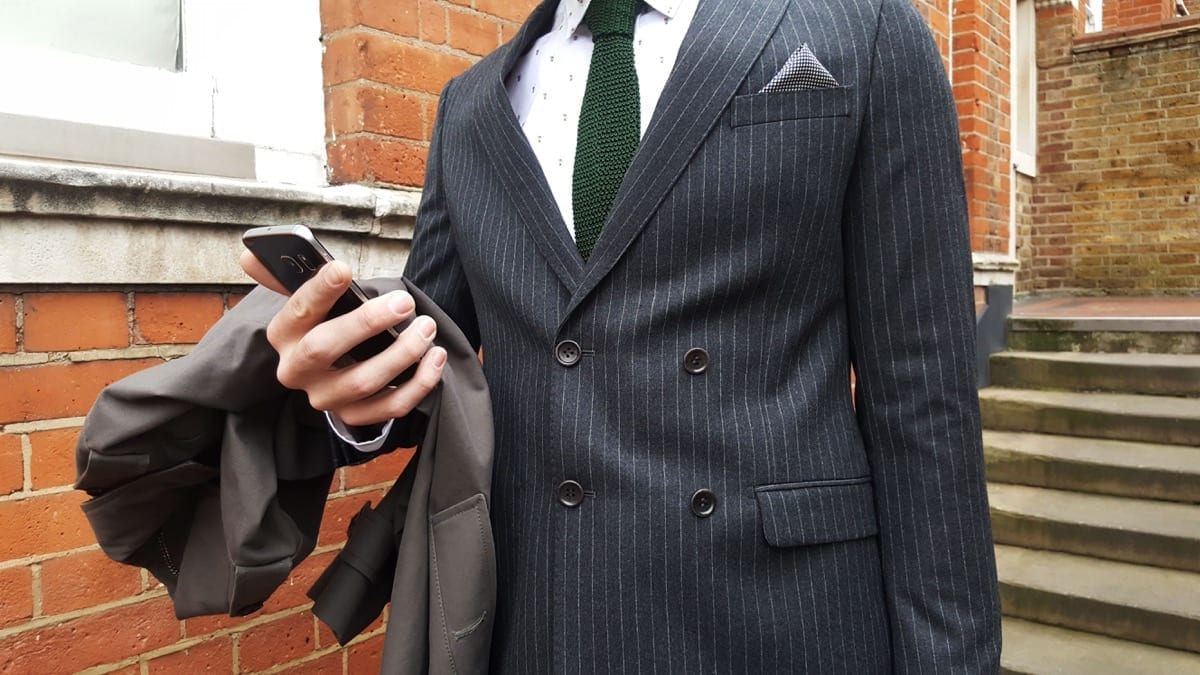 I also don’t believe potential iPhone customers, or existing ones heavily invested in the iOS platform, will be swayed by a phone that now appears to be competing on a more level playing field, at least in the eyes of the south Korean giant.

In fact, I cannot see why Samsung should feel the need to mimic the way Apple does business at all.

If a single Galaxy S6 Edge model had come with a bigger battery to embarrass the competition, and kept the card slot to once again show Apple up, rather than vindicate it, Samsung would have likely had a hit on its hands.

And HTC has other plans…

Meanwhile, I feel it’s also worth mentioning HTC’s announcement on the same day. The latest One phone, the M9, looks virtually unchanged from the M8.

It would be easy to say that HTC must be crazy to release something that a lot of people won’t even know is a new model, especially considering the M8 had a rough ride, but at least it kept the best features, upped the spec, improved upon the camera massively, and – most important of all – kept the card slot.

HTC didn’t even feel the need to place extra demand on the GPU by increasing the screen resolution.

I suspect marketing budgets may have a big say in proving which strategy pays off in the long run, but Samsung doesn’t appear to have made things easy for itself.

As I sign off, I am already imagining what Samsung is going to be doing this time in 2016…