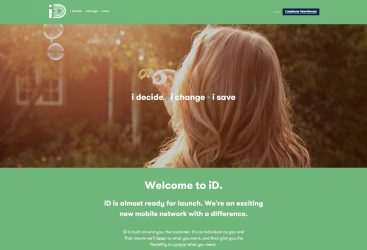 Hot on the heels of the BT Mobile launch in March comes Carphone Warehouse with its new virtual network: ID Mobile.

ID Mobile will run on Three’s network, and like BT Mobile (which runs on EE’s network), will offer access to 4G at no extra cost.

Contracts will be available ranging from 30 days to 24 months, as SIM-only or with handsets. Details of the handsets on offer, and any special offers for early adopters, will be revealed later.

The virtual network is due to launch in May and Carphone Warehouse promises to offer some unique benefits, mostly centred around giving subscribers complete control and promising there will be no nasty bill shocks.

High roaming charges are one big cause of large bills, so ID Mobile will be going even further than Three’s own ‘Feel at Home’ service by offering subscribers free roaming in more countries than Three currently does.

The company isn’t giving much else away for now, preferring to get people to register their interest on the site, and start following on social media.