After a very busy afternoon, I got a chance to have a quick play with the new Honor 7 and I have to say that you can think of it as a Huawei P8 that got a battery boost, camera uplift, and a fingerprint sensor.

And that’s no bad thing, especially with the launch of a new ecommerce store that saw the phone sell out before the event had even drawn to a close.

The retail price of the Honor 7, when it goes on sale August 31st, is £249. That in itself isn’t a bad deal for such a highly specified device, but with a £40 discount voucher available for a limited time that brings it down to a cool £209. 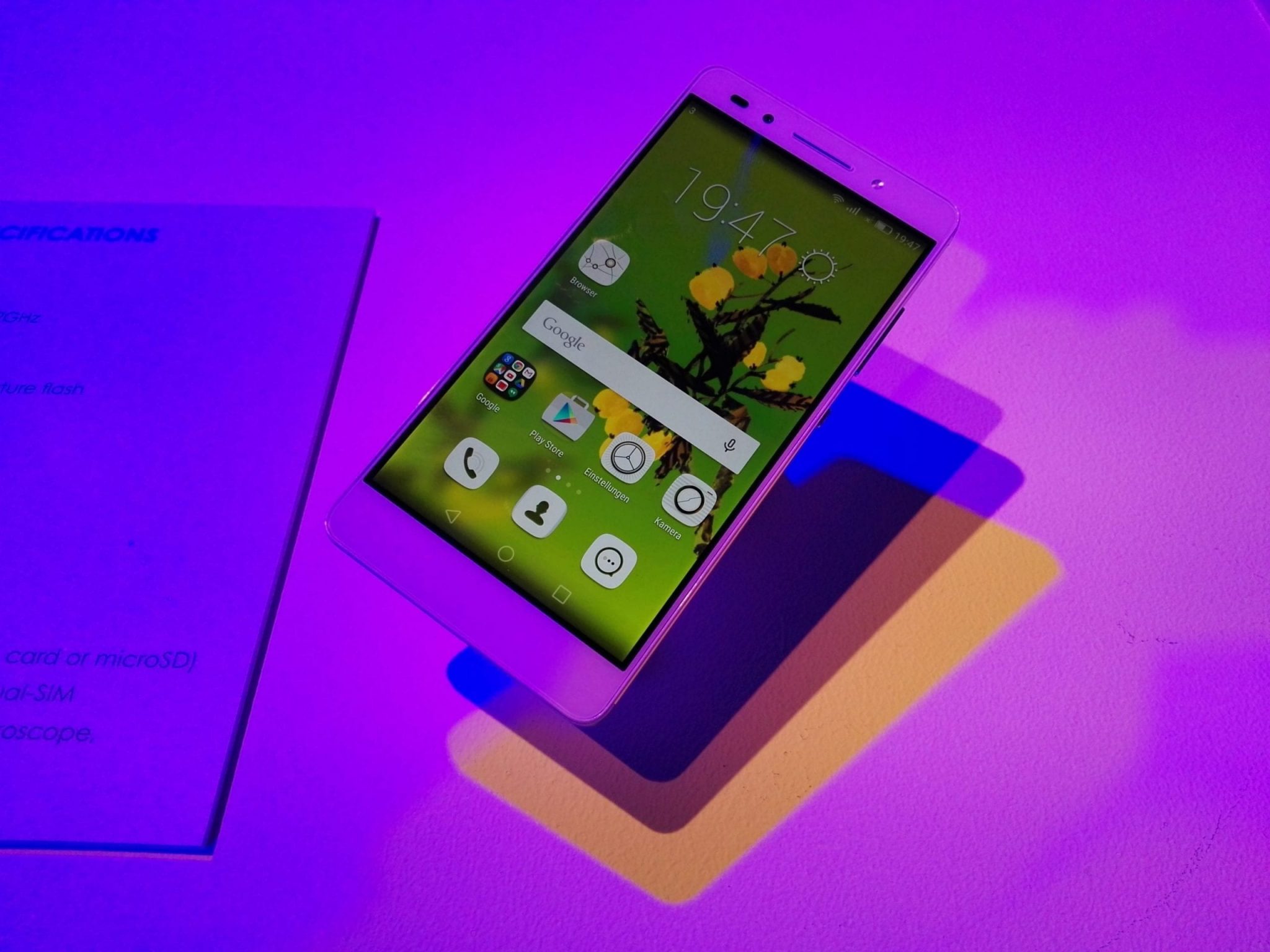 Besides the fingerprint sensor that can be used at 360 degrees, so it should always work without having to remember to press exactly as you did during the ‘learning process’, the killer feature on the Honor 7 has to be the 21-megapixel Sony-sourced IMX230 image sensor, complete with a f/2.0 aperture, lightning fast autofocus and a huge number of special camera modes.

The phone also supports fast charging, although this is perhaps not to be confused with Qualcomm’s Quick Charge technology. Faster, yes, but not as fast as other flagships – and you’ll need to buy another power supply. Still, given the Huawei P8 can be a real dog to charge, anything that’s quicker is to be welcomed. 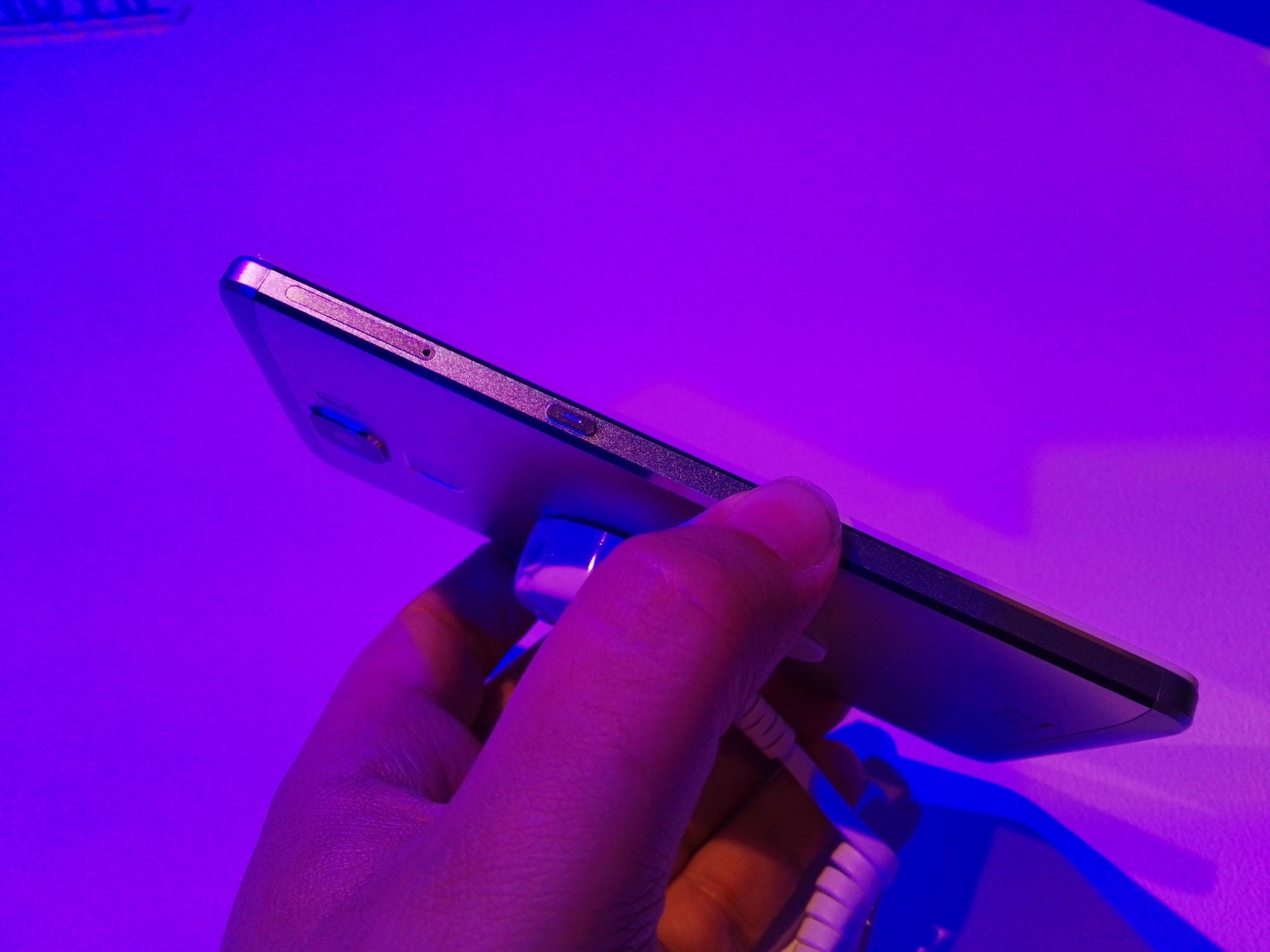 The 3,100mAh battery is also capable of doubling up as a phone charger for other devices. It’s apparently something that was available on the Honor 6 Plus too (I never knew!) and could make you popular at parties when someone is desperate to top up their phone to make a call. That’s assuming you don’t just let them make a call on the Honor 7. With two SIM card slots, it’s not as if there’s much chance of you not having signal. 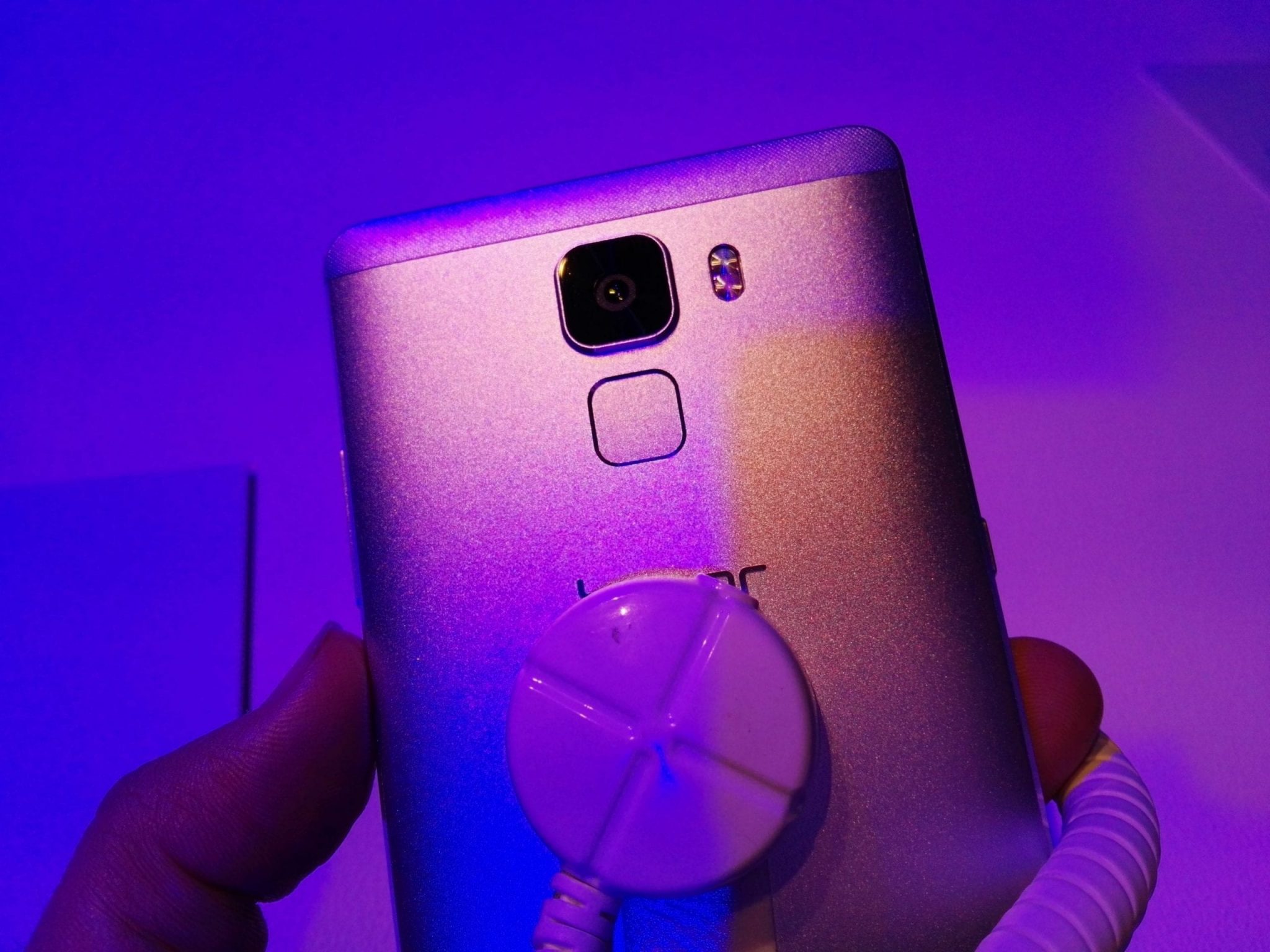 Given the fact that I’ve been using a Huawei P8 for a long time, many of the other new features aren’t really new – but have rather been ported over from the P8, along with Emotion UI V3.1. This means you have new camera modes, like light trails, a good food mode (that supposedly makes photos of meals in restaurants look better, when you should probably just eat the food instead), and time-lapse.

The ability to take a screen capture by using your knuckle to draw around part of the screen is also carried over, and also a feature that allows you to locate your phone by calling out to it with a specific phrase.

With a higher performance SoC than the P8 (Kirin 935 instead of 930), plus 3GB of RAM, the Honor 7 should do well in benchmark tests, although that will have to wait until I get my review unit in the next couple of weeks (most likely after my return from IFA next week). Honor also mentioned that the aluminium rear panel is designed to dissipate heat more effectively, to keep the phone cool and help it operate on maximum (processing) power at all times.

In terms of visibility on the high street, the Honor 7 is once again going to be exclusive to Three, but this time around you’ll be able to get the phone SIM-free easily from a number of online stores, from Honor’s own http://www.vmall.eu store, to Amazon, Clove and others. 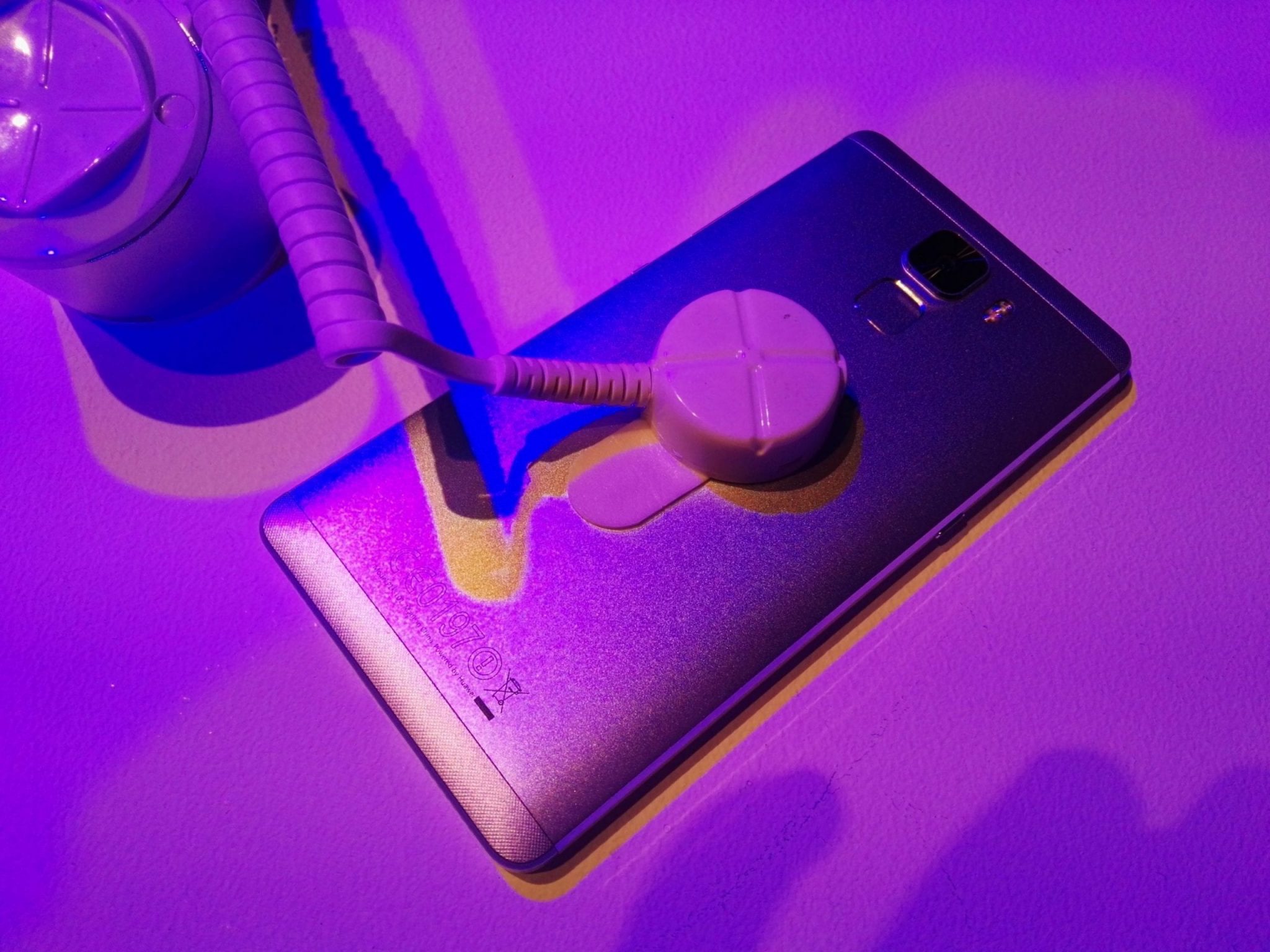 I am really looking forward to checking out the camera (the same as used in Motorola’s X Play and X Style) so for £209-£249, we are yet again blessed with great technology for more wallet-friendly prices.

You do have to wonder what Sony, Samsung and LG must be thinking about all of these new phones hitting the streets that aren’t just similar in performance, but often matching or even surpassing the performance of devices costing hundreds more.

The fitness band/watch with no name

Although the Honor 7 has already been on sale in China, so was already known about, there was a surprise on the night as a new £59 watch was unveiled, but with no name. 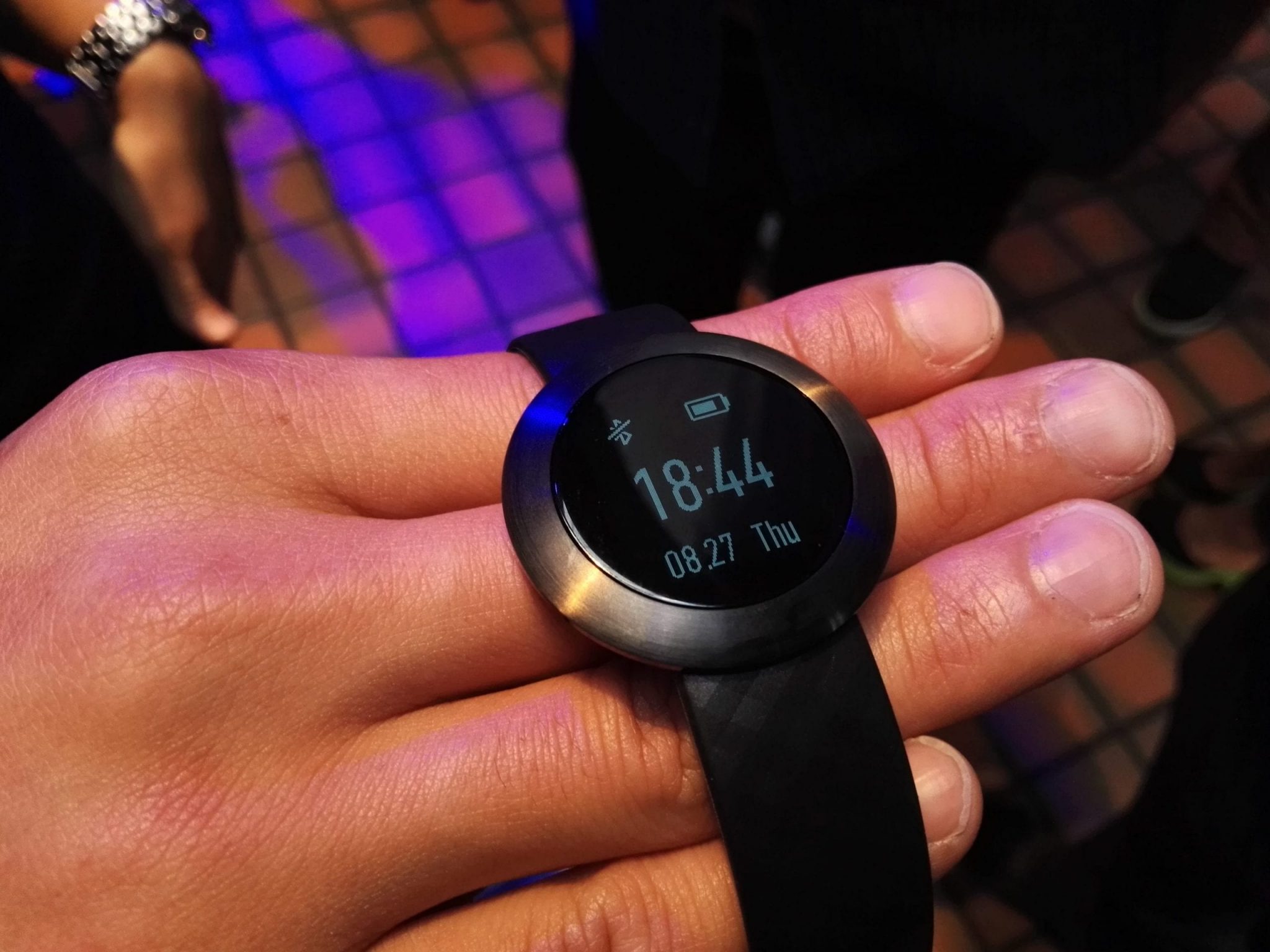 Telling the time (but only with a gentle tap), counting steps and montoring sleep patterns, the fitness band stlye watch will only get a name once someone – you or me – submits an idea and Honor pick a winner.

For doing so, the person who gives the product a name will receive every Honor product (phone or accessory) from now until 2020, as well as getting a free flight to China.

Details were pretty limited, but it’s incredibly light and should do very well at the price.