One of the killer features of the recently announced Huawei Mate S is its Force Touch screen, allowing pressure to be applied to do everything from acting as a set of kitchen scales to interacting with apps, like the gallery, for adjustable levels of zoom.

Beyond that, it seems Huawei hasn’t really figured out a whole lot for you to do. Perhaps opting to wait and see what Apple does, if it even adds Force Touch to its phones later this week.

The Force Touch mode is only available on the 128GB ‘Luxury’ model, which currently has neither a release date nor a price. It’s bound to be quite a bit though (well in excess of €700), so most people will never even get to experience it until it eventually makes an appearance in future Huawei and Honor branded devices in 2016.

I had a chance to play with Force Touch on a demonstration unit on the Huawei stand at IFA, and it still seems rather like a work in progress. It takes a bit of getting used to just how much pressure to apply, as the idea is that – say within the gallery- you can press at different pressures to adjust the zoom.

In practice, I found that pressing lightly did nothing and then it went for maximum zoom. It was nearly impossible to get anything in between. Perhaps there are more calibration options I wasn’t aware of at the time, or it just takes getting used to.

Another feature is removing the on-screen navigation buttons and using pressure for back, home and recent apps. Again, practice is key. It worked better, but I really struggled when it came to using the top corners to load apps. I can see it being something that will be enabled, played with for a bit, then disabled. 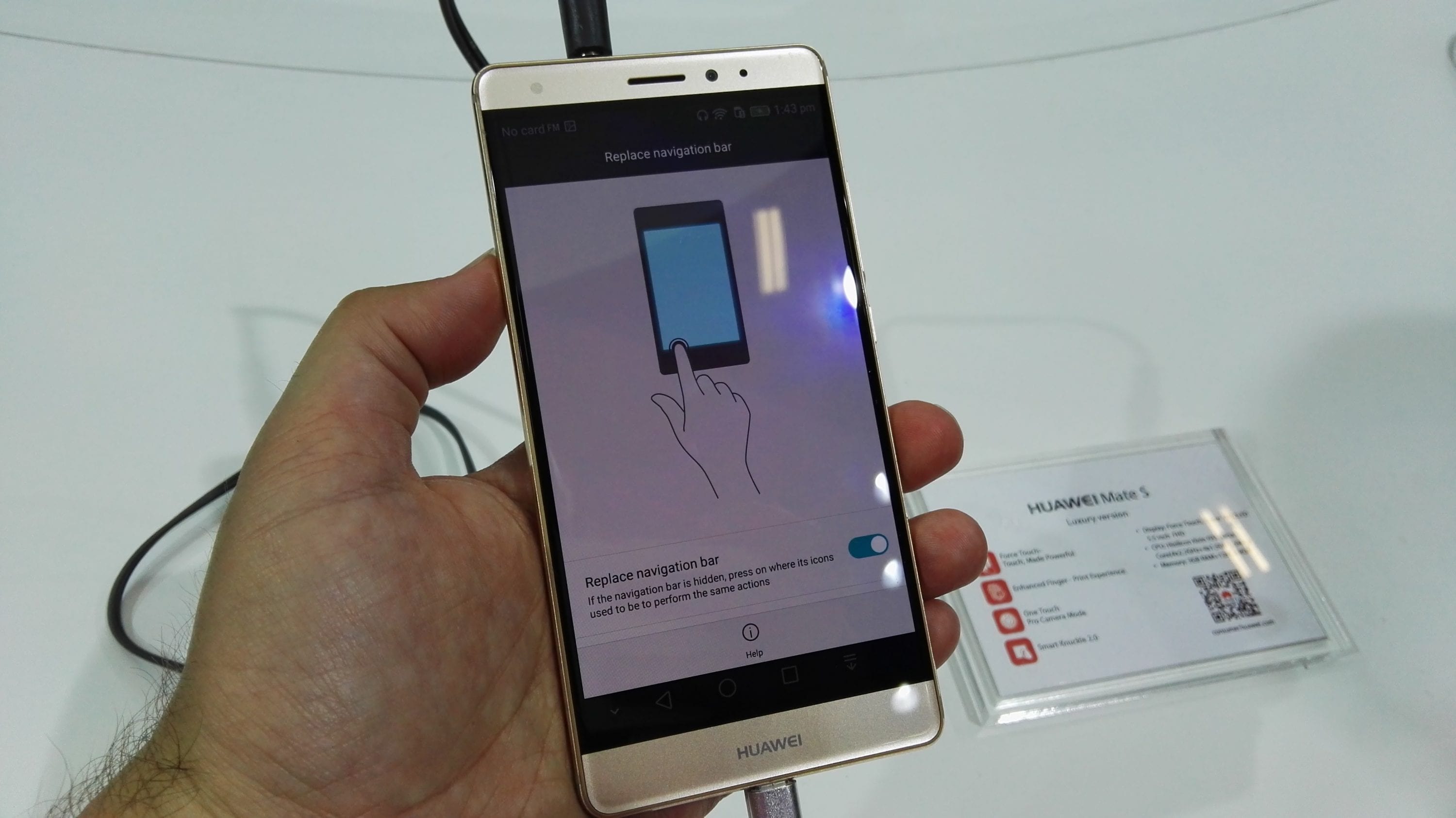 Finally, Huawei has improved its knuckle sense technology so you can now do better cut outs when doing screen grabs, or capture short snippets of video to share easily. This has some potential, and as yet hasn’t appeared on any phones from other manufacturers.

In the video below, I also used the demo mode on the phone to see how the new professional camera mode works on the Mate S. Like knuckle touch, it’s present on every Mate S – not just the luxury model. It is a nice addition, but at the end of the day is just another plug-in to the otherwise standard Huawei camera app that appears on all Huawei and Honor phones. There’s no reason it couldn’t be added to the P8 or Honor 7.

In all likelihood it won’t be added to those, enabling Huawei to push this as a more premium device with more flexible controls.

The photos I took in my recent gallery show the Mate S has a very decent camera. Not so great in low light, where photos are rather average looking, but for everything else – including the excellent time lapse and light trail features (also present on the P8) – it’s a camera you can depend on.

Throw in the front light for selfies, for those who actually like taking selfies, and the Mate S is an impressive phone. But, as for Force Touch? Well, it’s probably far too early to get excited about it and I wouldn’t be rushing out and stumping up the extra money until someone comes up with a lot more compelling reasons for having it.

Perhaps between now and its actual release date Huawei will be able to give these compelling reasons. And, if you are reading this with some excellent ideas of your own, Huawei wants to hear from you now so please submit your ideas!