Earlier this week I did something a little crazy on impulse. I decided to buy a cheap Chromebook.

Why? Because Amazon customers are able to get a Lenovo N22 Chromebook (with 2GB of RAM and 32GB storage) for the incredible price of £99.99.

At that price, it hardly feels like a high risk. As I’ve contemplated giving Chrome OS a go for some time, it seemed like a no-brainer.

More and more people are saying good things about Chromebooks these days, and in the near future you’ll be able to run Android apps on many of them, including this.

I figured that if my experience was less than that enjoyed by others, Amazon has a great returns policy anyway.

Now I am not a total Chrome OS virgin. A year or so ago, I dabbled with it on a Mac using VirtualBox. But, given the idea is running apps and services essentially via a Chrome browser, I couldn’t fully appreciate how it all worked. It felt little different to just running Chrome on OSX directly.

Living in an online world

I’ve realised more and more over the months that much, if not most, of what I do day-to-day is web/cloud based, or certainly could be. Managing my WordPress blog is already online. Looking through the photos and videos taken on many phones, also online. Consuming media on Netflix or YouTube. Yup, online.

My current computer is a 2011 MacBook Air. I have no real wish to upgrade it, and I can’t fault the quality, even on a device that’s five years old.

I like Apple computers and have done for over ten years.

My main problem with the MacBook Air is that battery life can be so unpredictable, especially when performing any tasks that put the processor under excessive load. Ironically, the OS often blames the Chrome browser for being the key battery hog.

Let’s take a second to consider that the i5 in my 2011 MacBook consumes a lot more power than the Intel Celeron N3060 chip in the Lenovo. It goes to show how fast computing has advanced, because the new chip matches the MacBook for performance in many areas, yet generates far less heat and has no need for a fan.

The fact Chromebooks really need to be online most of the time (although there are offline tools for email, calendar and document editing) is one thing that probably puts a lot of people off. It’s certainly what put me off because my perception was that of needing to run standalone apps, like Mail, Pixelmator, iMovie and… well, that’s the thing. I’m not sure what else.

I also thought that having bought the 128GB storage model was a mistake, but now most of my data is in the cloud. Drive, OneDrive, Dropbox, Google Photos…

Stop to think for a moment and you quickly realise that much of what you probably do can be done via the browser. And how often are you offline these days? My MacBook Air is nearly always connected to something. My home router, a public hotspot, my Huawei 4G hotspot, or a phone with tethering enabled.

Planes are increasingly offering Wi-Fi access, but I don’t generally attempt to work on flights. Even long ones, where I try to plan my workflow to allow me to rest and watch movies.

So all things considered, do I even need a MacBook (or another more expensive laptop) for working on the move? 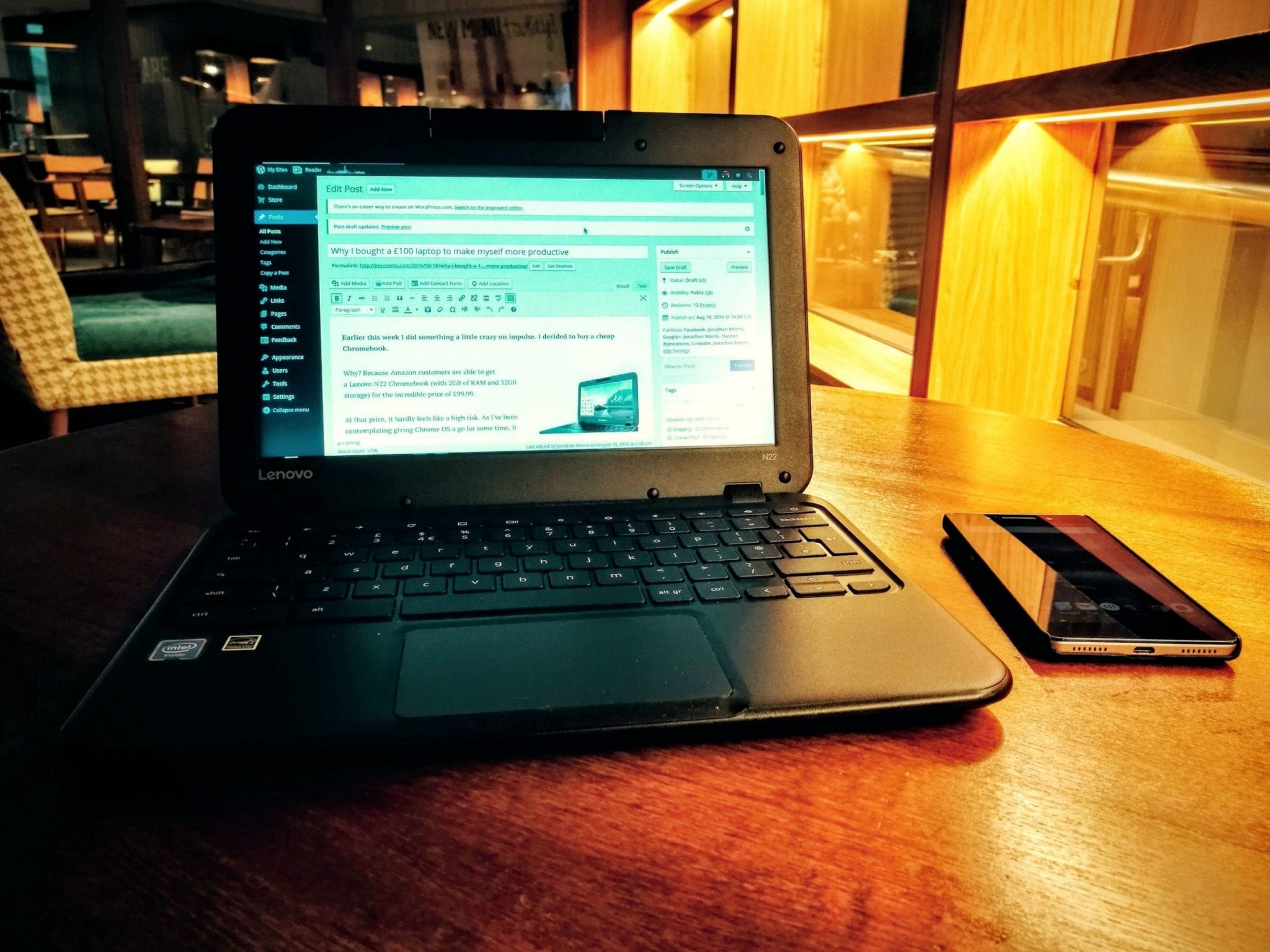 A Chromebook is of course not as powerful as a Windows or MacOS/OSX based machine, even if the processors are still far more powerful than you might think. And the keyboard on the N22 isn’t quite as good, although I adapted to the keyboard in just a couple of days. All of this text was composed on it.

In my world, I need to edit documents, edit my blog, work with photos and edit video. And for video, there are ways to edit and publish videos using cloud-based solutions. I don’t need to play games or render complex 3D models, and my days of using InDesign to edit print documents are now mostly behind me.

I’ve attended events and exhibitions since the early 1990s, and over the years I’ve used a range of hardware to help me publish stories, edit photos and (later) make video.

My first ‘blog post’ was from CeBIT in Germany, in the 1990s, published on the very same site you’re looking at today. It involved using a huge laptop and a PCMCIA 2G data card (with speeds of an incredible 9.6Kbps), the use of a 0.3-megapixel digital camera that needed new batteries almost every shot, and the HTML code to make it all readable edited in Notepad, before using FTP to upload the files individually.

Now, thanks to WordPress and other tools, anyone can blog. But speed is still important, and my current setup can cause big problems in that department.

For the last five years, many videos have been produced on my MacBook running iMovie. It works, but the laptop runs hot during editing and goes into near meltdown when rendering. A MacBook Pro would work considerably better, but that’s a less portable solution for writing copy on my lap at a cramped product launch, or sitting on the floor outside the overcrowded media centre.

Just as technology has moved on to make blogging so simple, I have now begun to try out WeVideo – a cloud based video editing suite. I feel that it is about to be another huge leap in increasing productivity, and the best thing is that it is perfect for use on my new £100 laptop.

Yes, you can of course use the same service on any laptop or desktop, but that’s not really the point.

All the video I record (usually on a Nexus 6P or Huawei P9 at 1080p) gets uploaded directly to Drive as soon as I finish recording. Thanks to more generous roaming allowances, I hope that will be just as easy when I go to Germany for IFA in a couple of weeks. 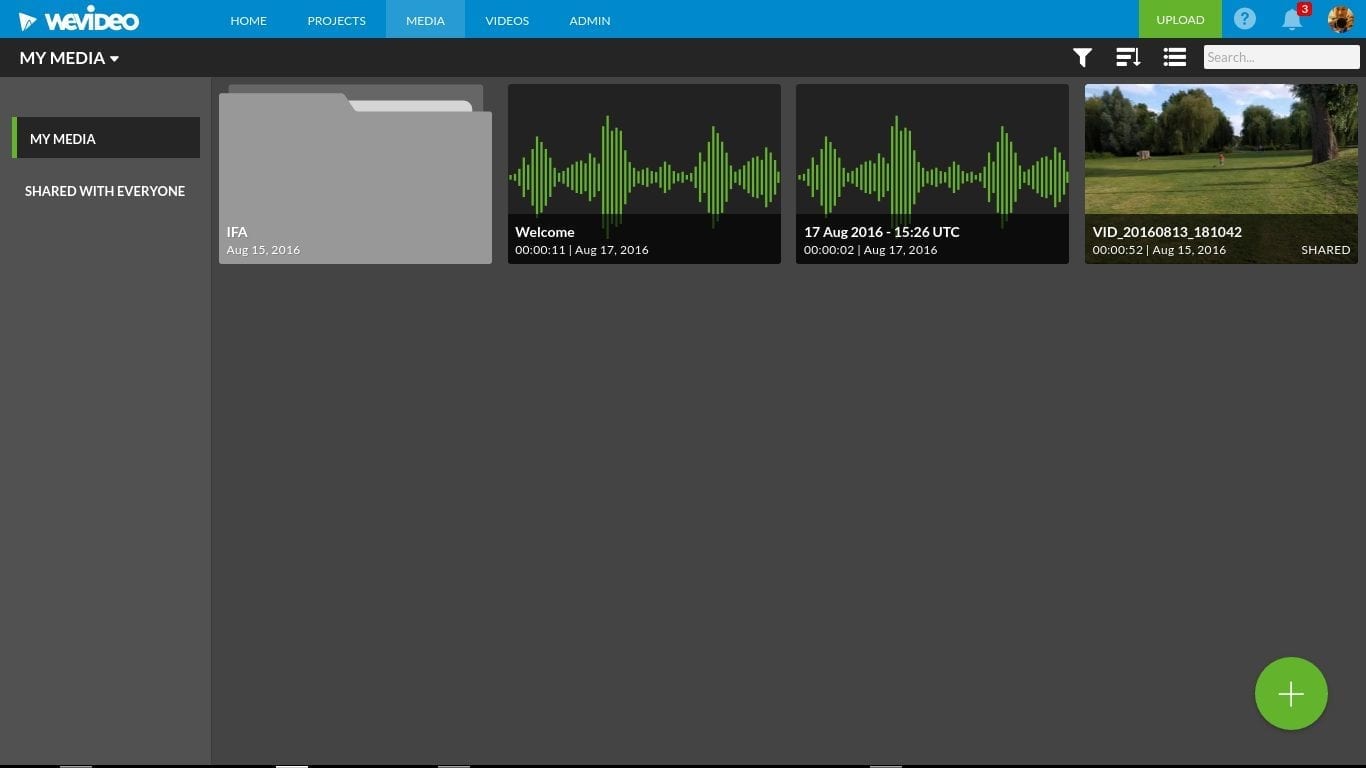 Once in the cloud, WeVideo can then import them. And it does this by accessing my Drive account directly, so no data gets sent to or from my Chromebook. That’s a huge time saver, as well as a great way to reduce data usage.

When I want to edit, a lower quality clip gets downloaded on-the-fly, making it almost as quick to edit video as on iMovie. There are limitations, but I’m not editing feature films.

Better still, once I’m happy with my editing, all the ‘proper’ rendering is performed in the cloud by computers much more powerful than I’d want to carry with me all day.

And the horror of having to keep the laptop turned on and connected to the Internet, waiting for a 1GB video file to upload to YouTube is also another thing that will never need haunt me again.

Select publish, wait for confirmation, then close the laptop and wait 10 to 15 minutes for an email to confirm your video is uploaded and ready to view (if you wish to have it go live immediately).

A key factor is that it can’t run ordinary apps. If you need to do that, you’re stuffed. Even when Android apps are offered, you shouldn’t expect to have the same experience as using full desktop grade applications.

While you can connect many USB accessories (like a mouse or microphone), you can’t use a Chromebook to do things like firmware updates or backups for phones. The question there is whether these things are still an issue, given the increased use of over-the-air updates and backups in the cloud.

The screen size and resolution might be the same as my 11.6-inch MacBook Air (1366×768 pixels) but that’s where the similarities end. The viewing angles show up why we’re talking about a £100 computer. Oh, and it’s not touch (for when Android apps come) but most of the apps I’ll run are easily controlled using a keyboard and mouse/trackpad.

It’s also twice the thickness of my MacBook Air, and lacks any design features to hide the fact it’s a cheap computer, not a premium aluminium clad work of art.

But one thing it has is an integrated carry handle. I had no idea and found it by chance, but it’s really useful! I challenge Jony Ive to find a way to get one of these in the next Apple laptop!

Seriously, the handle is great. And the rugged-like nature means I don’t have to worry too much about it getting bumped and scraped. I wouldn’t want to suggest treating it badly just because it’s cheap (that’s a big no no for the environment) but there is certainly going to be less chance of a heart stopping moment if this gets dropped.

I’ve probably already highlighted most of the positives, but here’s a list of the key ones: 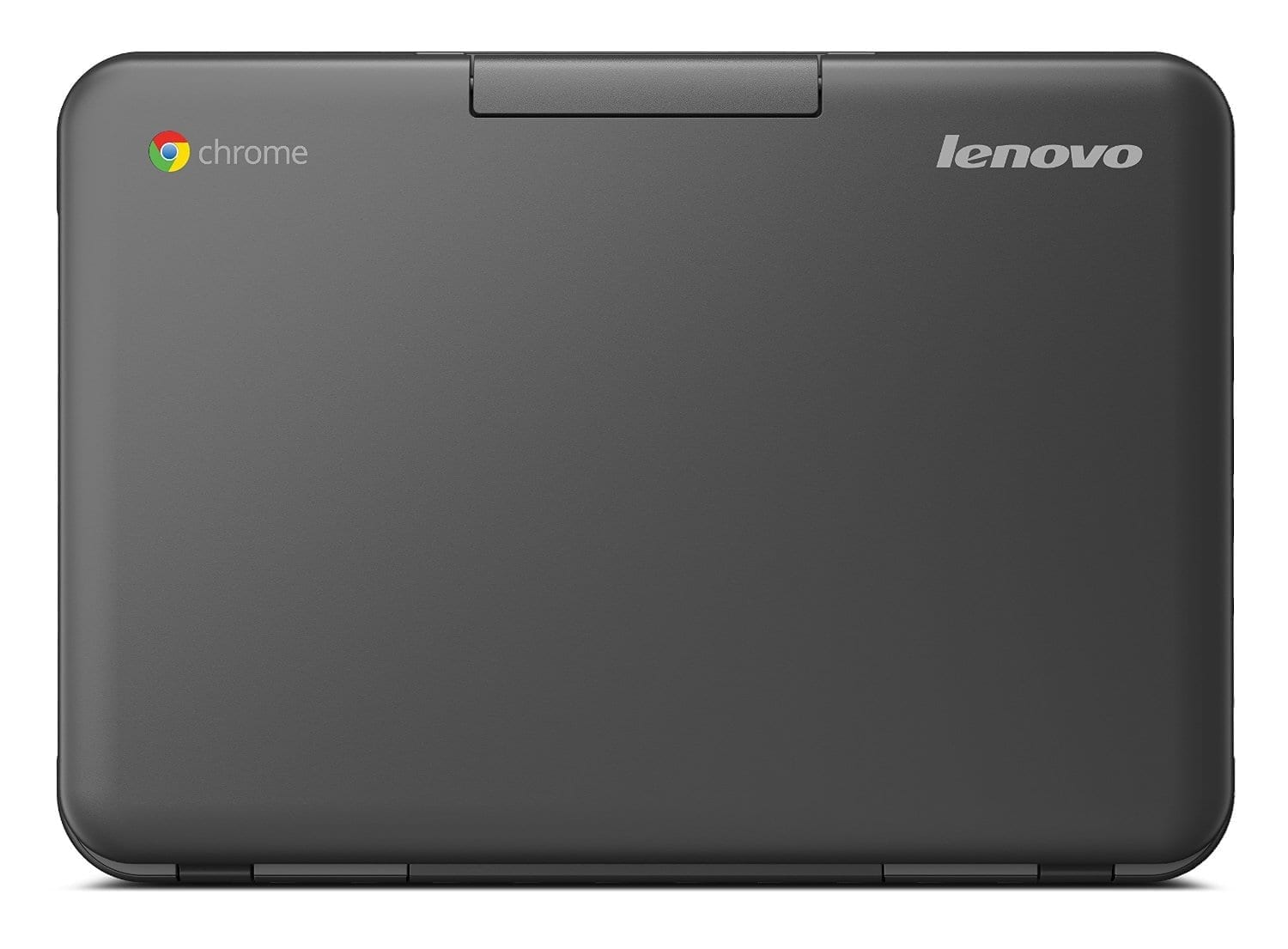 So there you have it. I’ll be putting the Chromebook to the test over the coming weeks, with the biggest test being how much I can get done in Berlin for IFA.

If my feelings change, I’ll come back and edit this page but I can’t imagine encountering any nasty surprises.

I’m not getting rid of my MacBook just yet, and nor will I never use a desktop again. But, when I’m away from home, I can’t help but feel that I’ll be using a Chromebook in one form or another. For now, I am perfectly happy with the Lenovo and can’t begin to imagine why I’d need to buy a more powerful model.