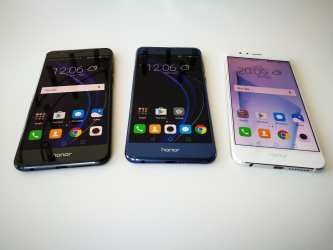 I wanted to use a headline proclaiming the new Honor 8 as a budget version of the Huawei P9. However, to do so without explaining properly would be doing the Honor 8 a massive disservice.

The Honor 8 may be a repackaged Huawei P9, with a glass back replacing metal, a slightly slower CPU, plus the Leica branding gone (despite using the exact same dual-camera arrangement), but that doesn’t make it any lesser of a phone. Especially with a couple of extra features thrown in too.

As a Huawei P9 user since April, I went along to get a preview of the Honor 8 before the launch party in Paris.

Of course I’d already seen the pictures and specs from its original release in China back in July, but the online photos couldn’t prepare me for the multi-layered (15 in total) back, which gives the phone an interesting 3D shimmer effect as the light crosses over it.

In a world full of rather anonymous black or white shells, or occasionally rose gold or some other fancy colour, the Honor 8 in all of its colours (black, white and blue) is something that stands out and will likely become a talking point. 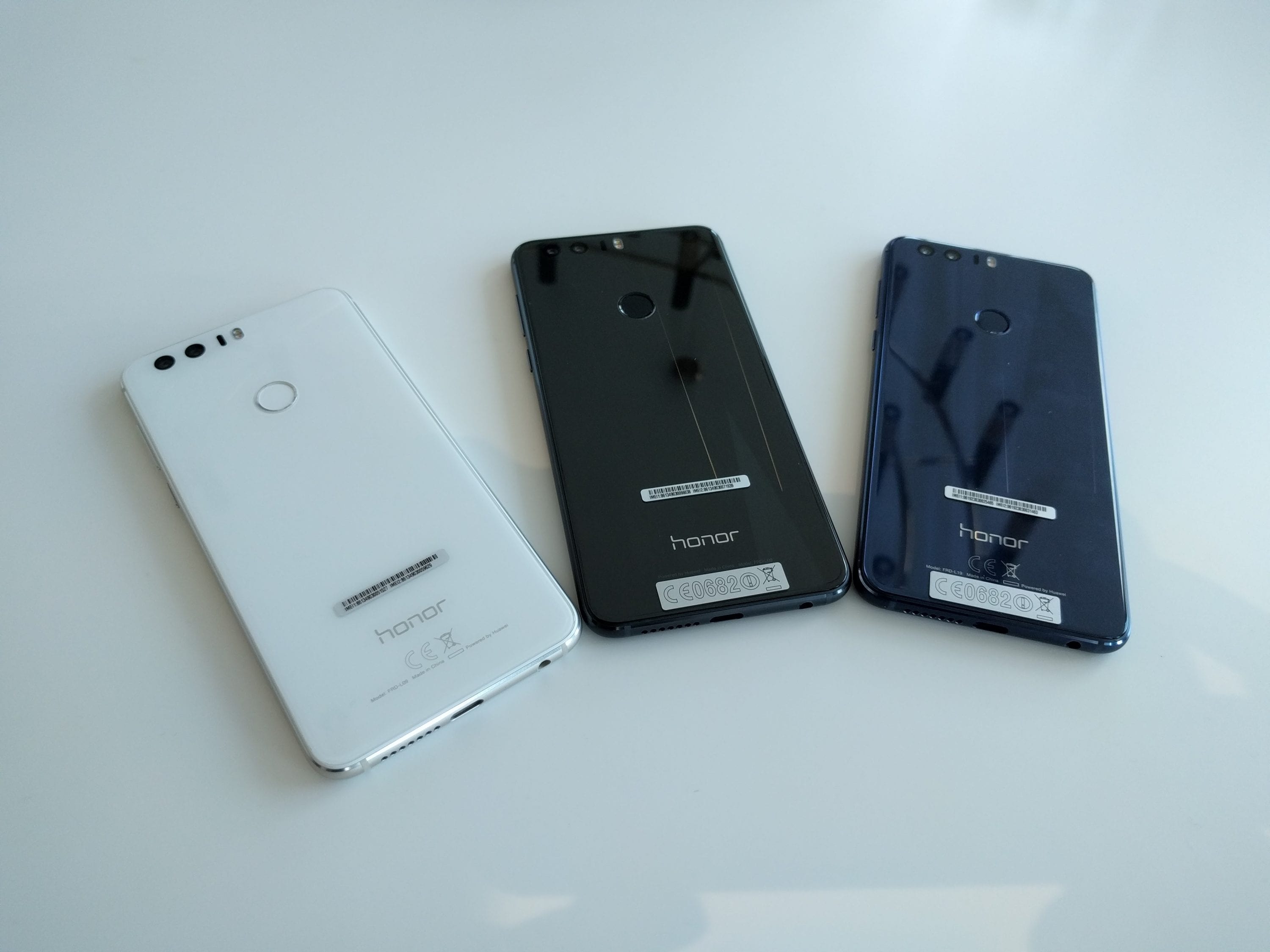 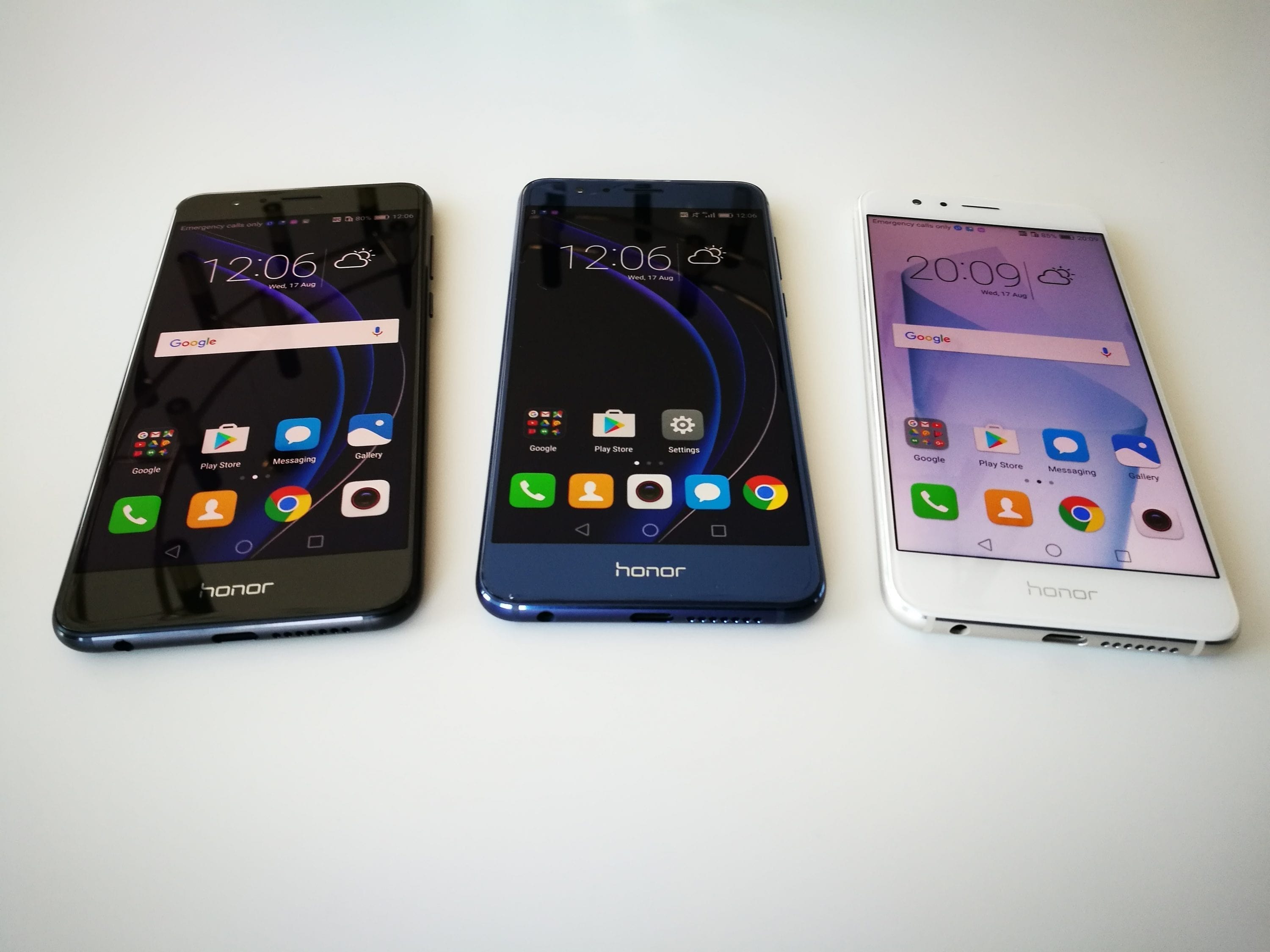 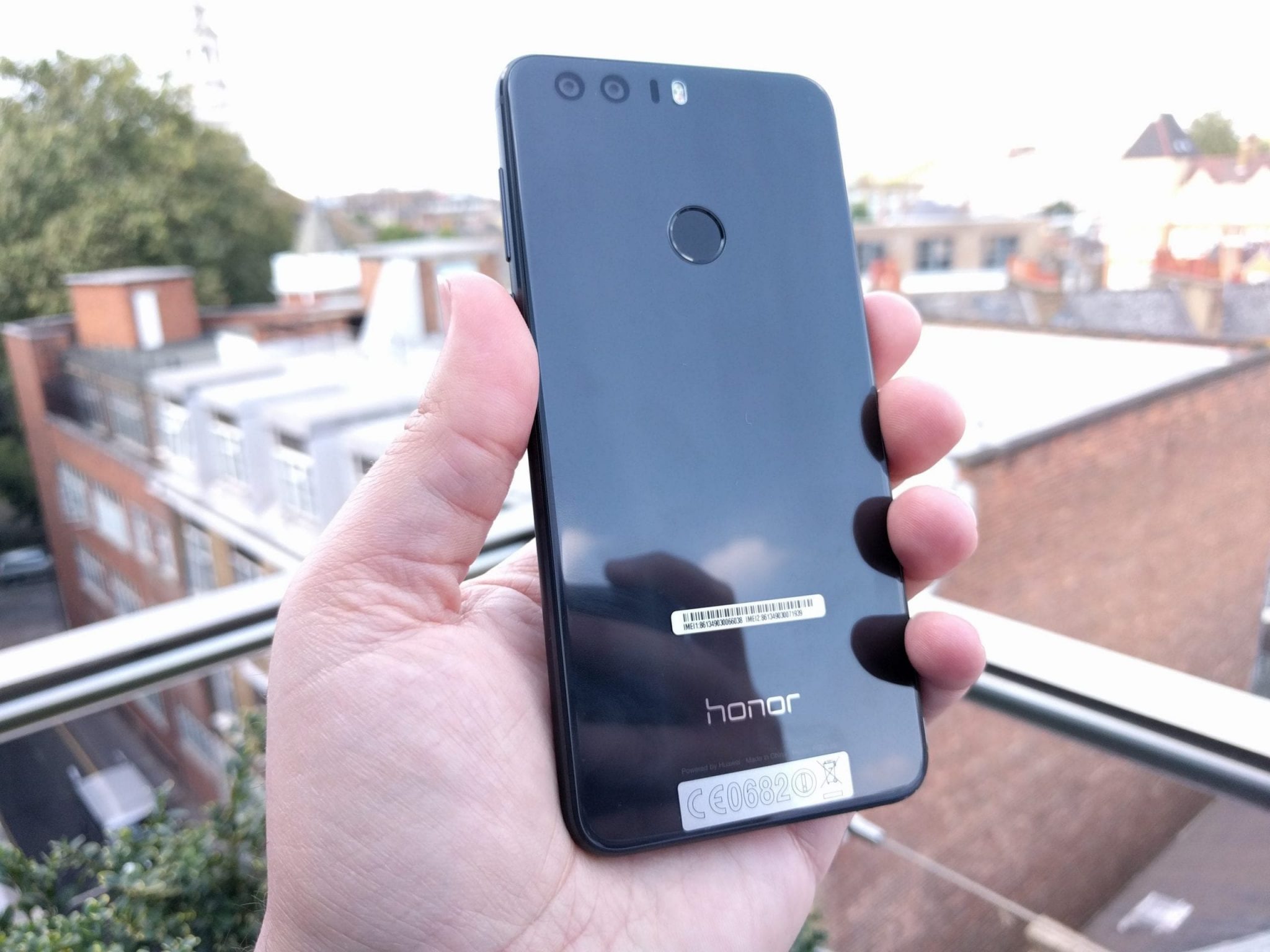 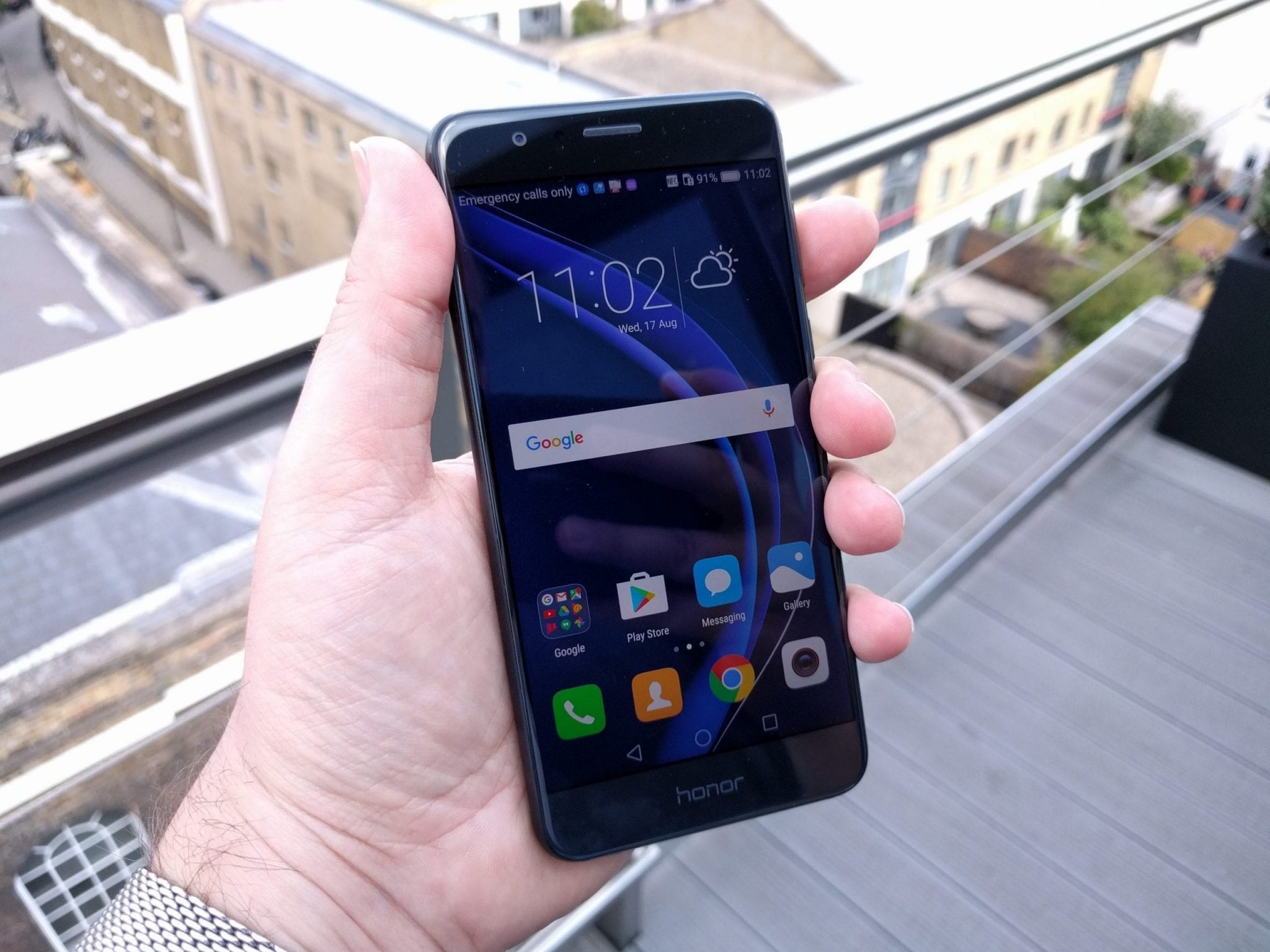 The phone features all of the other key P9 features, such as a 5.2-inch Full HD display, fingerprint sensor, NFC (for Android Pay support amongst other things), multiple antennas for the best 4G and Wi-Fi signal (the phone also supports 802.11ac, like the P9) plus has support for memory cards up to 256GB in capacity.

In other words, it’s a P9 in a different case.

But that’s not strictly true. While the Honor only uses the Kirin 950 SoC (the P9 uses 955) meaning a slight drop in performance, the Honor 8 comes with the following additions that could not just balance things out, but also give it a lead: 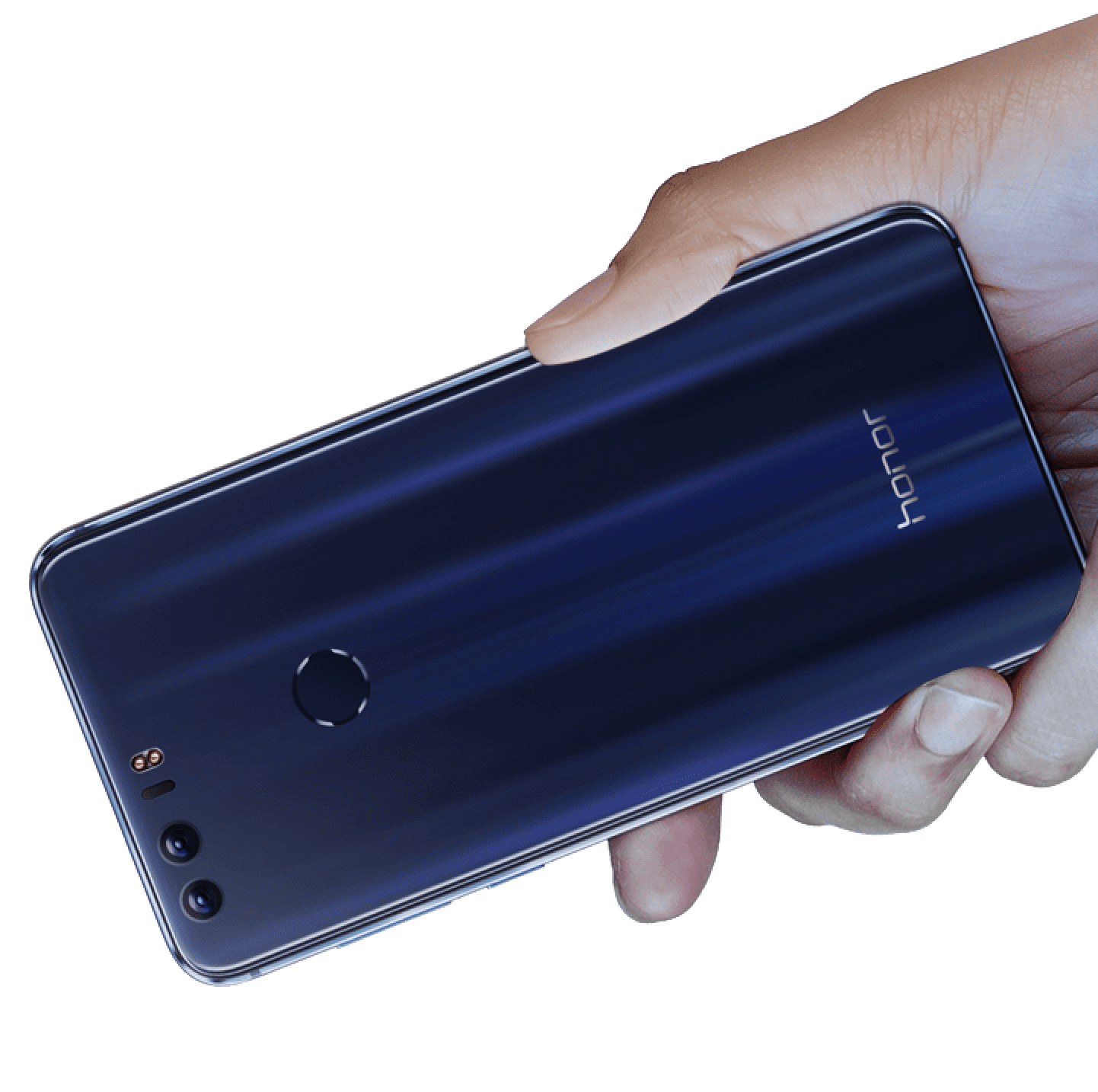 Unlike the Honor 7, the smart key is now incorporated within the fingerprint sensor, which reads a fingerprint in 0.4 seconds. Oh, and you can now not only swipe down to see notifications using your finger, but also swipe left and right to scroll through your gallery.

The Honor 8 has a 3,000mAh battery and, unlike the P9, you’ll get a 9V/2A fast charger as part of the package. Only the P9 Plus shipped with one, and so far there has been no easy availability of a 3-pin UK version from the usual online suppliers.

Given Huawei developed its own fast-charging system, it’s the official Huawei way or the slow way. With the fast charger, 30 minutes will get you to almost 50% charge, and a full charge takes around 1 hour 20. This compares favourably to two hours or more with a normal 5V/2A charger, or indeed any other fast charger on the market you might try to use (without success, I might add).

Amazingly, the Honor 8 actually beat the P9 in my comparison test. However, since doing the side-by-side test, a further test of the P9 on its own revealed a near identical rating.

All things considered, the two phones are as good as identical when it comes to the performance department. Perhaps the faster RAM (and more of it) in the Honor 8 will make day-to-day usage better, and hopefully I’ll be able to test that in due course.

Probably the best way to find out more about the phone is to watch my video, including a look at the casing in more detail, and some of the features of the phone.

With the same camera as the P9, you can expect some wonderful results with the dual-camera set up. I didn’t have much time to take more photos at the pre-launch briefing, but you can get a hint of what might be possible by looking at my shared P9 gallery.

One thing is certain though, despite the lack of Leica branding on the back of the phone, or the Leica typeface on the camera interface, all of the key functions are present – bar RAW support in the pro camera app, although the phone itself does support Raw, so third party camera apps will be fine.

There’s still no 4K recording (the P9 lacked this feature too), but you can enjoy all of the traditional modes like HDR, super night mode, beauty mode for selfies, and various light painting effects.

With a near equal, perhaps better, performance than the Huawei P9 (more RAM for one), plus a couple of extra tricks up its sleeve, the Honor 8 is a phone I’m really excited about getting a chance to review.

Given the lower price, anyone considering a P9 may well be wise to save a few quid by opting for this.

The fact that Honor has recently promised no less than two years of OS updates is another big benefit. Honor already offers its customers the chance to opt-in for beta releases (via the HiCare app) to get OS updates early, and the Honor teams around the world are very proactive when it comes to direct support, either from communication on social media, to organising face-to-face meeting opportunities at events around the UK.

All of this might then explain why the new phone comes with a £369.99 price tag, making the Honor 8 the most expensive phone aimed at ‘digital natives’ yet.

The price, it’s worth noting, is before any promotions that Honor likes to do from time to time (previous examples include discounts of up to £50, or bundled accessories).

You’ll be able to buy the Honor 8 from Three stores and online, plus the usual SIM-free sellers, including Huawei’s own vMall store, Expansys, Clove and eBuyer.

Depending on the price of the Honor 7 after the Honor 8 goes on sale, that’s another phone worth considering. Oh, and the Honor 5C. In fact, Honor has had a pretty impressive year for phones to suit all tastes and budgets, and long may it continue. 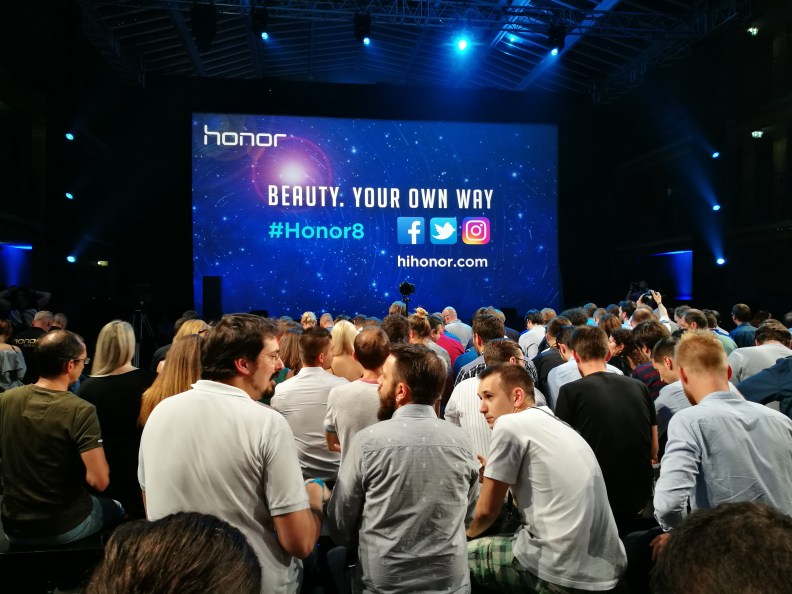 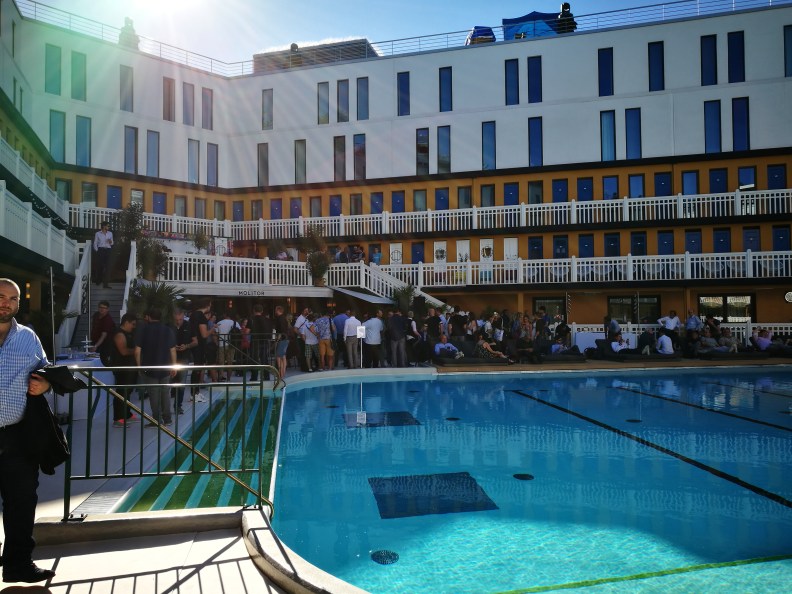 Here are more photos from my time with the Honor 8, including some of the accessories that will be available from launch. You can also see more comparisons with the Huawei P9 and the flagship Honor 7 from 2015.