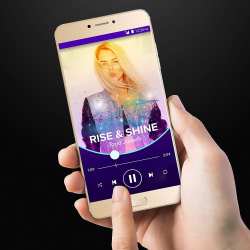 I have to confess that while seeing BLU mobiles on sale online before, I’ve never actually had the chance to hold one, let alone test one. That is until today.

This is when American based BLU has launched the Vivo 6 officially in the UK, one day after celebrating Thanksgiving at home. By doing so, early adopters reading this on launch day can enjoy a huge deal-of-the-day discount on Black Friday. 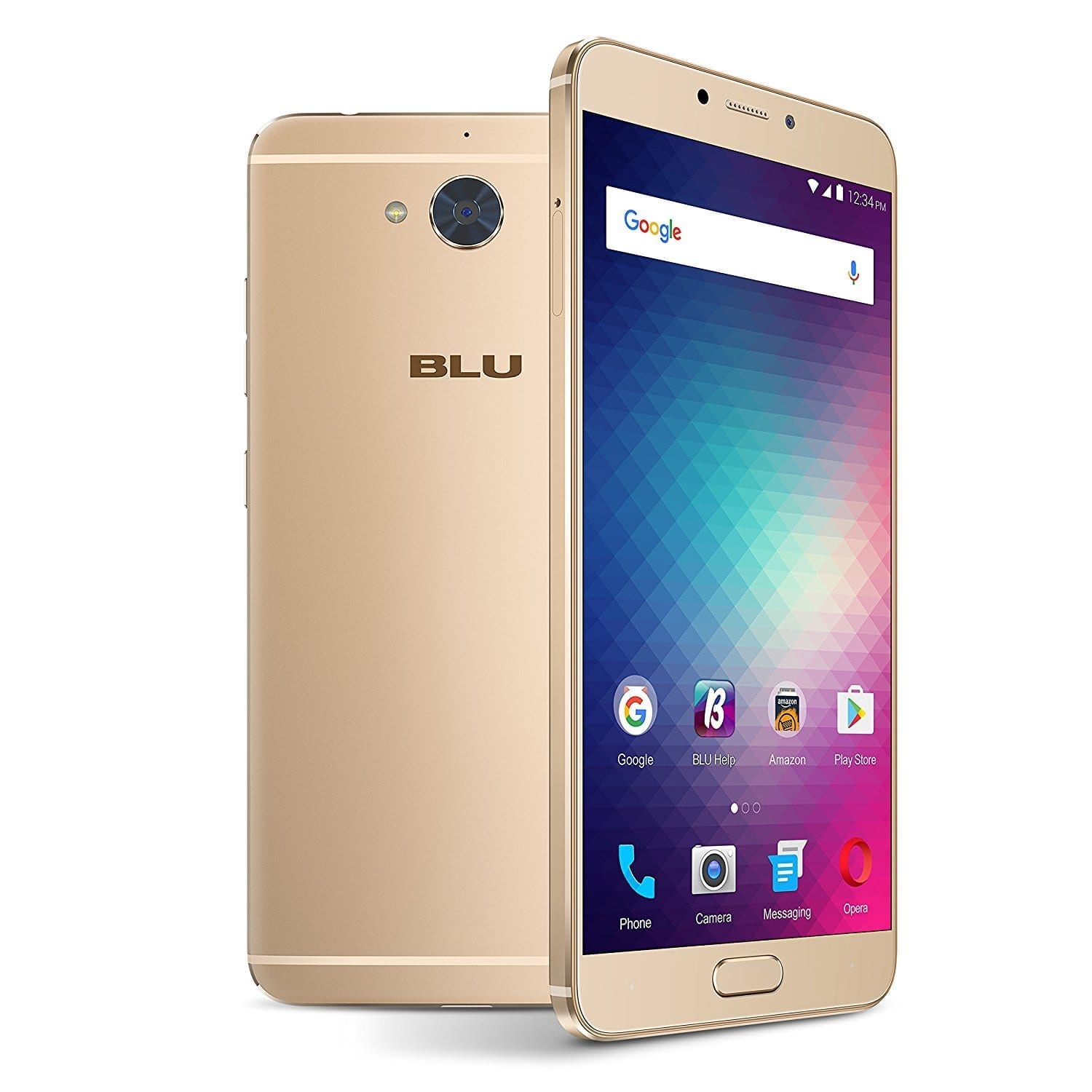 As prices of many phones seems to be creeping upwards, even from brands originally known as providing exceptional value for money, this is very welcome.

Of course, I hope the discounted price might happen again from time to time, as has been the case with phones sold from the likes of Wileyfox and Honor.

The key specs of the Vivo 6 are quite impressive for a phone that has many similarities to handsets costing three times as much.

The phone itself – like many Chinese made phones – has ‘borrowed’ design cues from other phones already on the market. The result is a phone with a physical look that looks like a hybrid of Samsung and Apple.

When switched on, there’s a further melding with a user interface customisation that borrows very heavily from iOS, with a settings menu that you pull up from the bottom (and only notifications when pulling down from the top).

If getting used to Huawei’s Emotion UI has been a struggle for some, this could really take a lot more getting used to. Except, perhaps, if coming from an iPhone.

Naturally, there’s a learning curve to everything and it didn’t make more than a few days to get used to, or should I say remember, the differences. Do I like them? Well, it’s too early to say, and that will wait for a later review.

I also haven’t had many experiences with Android phones featuring a physical home key, or even capactive shortcut keys. Most phones I use have the fingerprint sensor on the back, but whether on the front or back, it’s equally quick to unlock the phone securely.

Capacitive buttons mean a bit more on-screen real estate for other things, and you can swap the functions for left and right-handed usage.

Another feature is an Edge Bar, which can be activated by sliding left or right on the fingerprint reader. This brings you quick access to settings, a notepad and other things that you can configure manually.

Some of you will love, or hate, this setup but with an update to Nougat pending (it ships with Marshmallow) there could be further tweaks in the months ahead. Let’s consider how Huawei finally changed Emotion UI, adding an app drawer, with its latest version.

For now, while you can’t change everything, Nova Launcher or similar is at least a quick way to get a more native-Android looking home screen, app drawer and shortcuts. Go into settings and you’ll be relieved to see that things aren’t heavily changed, while you also have the option to theme your phone with differing colour schemes.

For a low-cost phone, you can’t perhaps expect the world from the camera. And, in my early tests, the 13-megapixel camera isn’t stand-out amazing. Indeed, it’s a pretty average affair and took quite a long time to focus on things as I wandered around locally taking some very quick test photos (a proper gallery will come soon, when I can try things out in a range of different conditions).

The specifications on the box refer to Phase Detection Autofocus (PDAF), while the official specs also state laser autofocus. With nowhere for such a laser to be positioned on the back, I have to assume the latter is a mistake.

PDAF is fine in most usage scenarios for getting an accurate lock on a subject, but it’s often slow. Trying to take a photo of something moving can be somewhat of a mission, while the light exposure on normal and HDR also left me a bit underwhelmed.

However, as I’ve said many times before, what can look disappointing when zoomed in at 100% on a big-screen is often not a issue in the real world, where photos are shared on social media, often at a fraction of their original size.

There are also a number of camera modes, which gives scope to get the best from the camera. 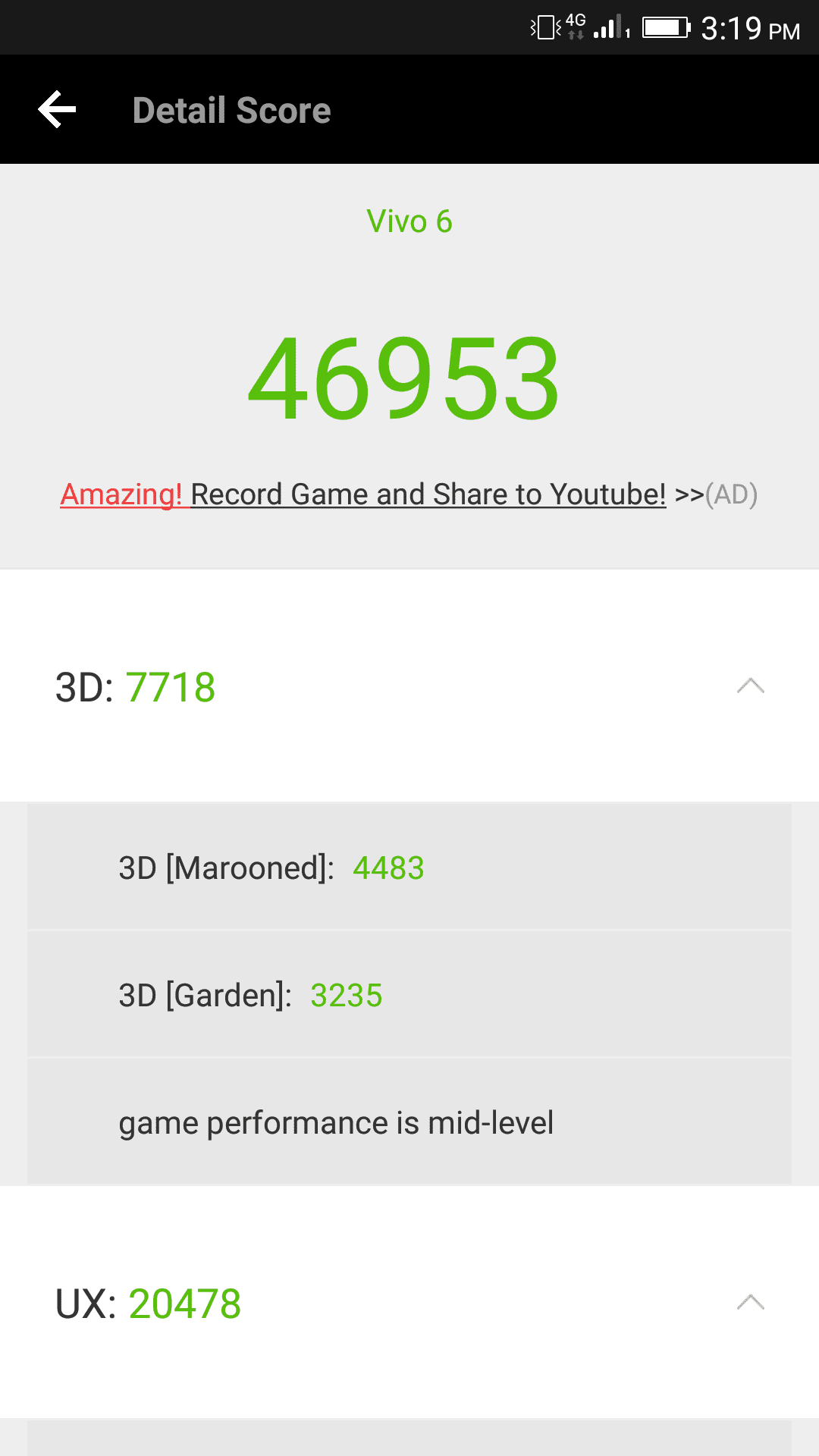 The MediaTek Helio P10 chipset is pretty mid-range, and this is reflected in an AnTuTu benchmark result of 46953. That is about a third of what the latest Snapdragon 821 phones can get, but let’s focus a second; it is still a good score. The 3D performance brings the overall score down most, and not everyone is a hardcore gamer.

For day-to-day use the user experience feels good and responsive. 4GB of RAM helps keep things running smoothly by not constantly shutting down background tasks, while the 64GB of internal storage is faster than running things from a memory card.

User experience is an important indicator of performance, and the P10 SoC performs admirably. The phone always keeps up with you, which is something I regard as more important most of the time.

At the base of the phone is a downward firing speaker that isn’t great, even at full volume. Lacking bass, you probably won’t be using it when watching a movie or listening to music.

It’s a tad unfortunate as the display is not just good for the price, but good full stop. With wide viewing angles and a very bright display, if you’re willing to forego the basic power management functions to protect the battery, it would have been so much nicer to have powerful acoustics to match.

There is a 3.5mm headphone socket and Bluetooth audio if you wish to hook up to something better.

It’s too early to judge the battery life, but 3,130mAh should give users a good chance of enjoying a whole day of usage without suffering battery anxiety. I’ll obviously be testing this out in the coming days, and hope that it can muster up  12-15 hours with 3-4 hours of screen on time.

Do that and we’ll potentially have a great phone here, and so far it seems that my estimate is looking quite achievable.

There is quick charging support to get you back up and running quickly, although a 10W power adapter in the box isn’t going to be as fast as some of the more recent charging technologies, pushing out around twice the power – phones such as the Google Pixel and Huawei’s Mate 9 with ‘Super Charging’.

But to mention them is perhaps to forget the price difference, so it’s back to context again.

Having had the phone for less than a week, the main issue has been getting used to BLU’s UI customisations. If I wanted something akin to iOS, I’d own an iPhone. However, it’s all too common for Chinese makers to want to mimic Apple, and by all accounts it seems to work in their home markets.

BLU is however an American company reselling Chinese made phones, so I am less sure that this is a wise strategy, but I am gradually getting used to things and getting to enjoy what is otherwise a very well built phone with lots of good features for under £250 (and especially if you snag one for £185 on launch day).

You can get the Vivo 6 in other colours besides rose gold too, and the phone is on sale right now at Amazon. There are also accessories available to buy from third parties, but it is worth mentioning again that the Vivo 6 ships with two screen protectors (one applied already), a protective case and a USB On-the-Go adapter, as well as a USB-C charger.

There’s no doubt that this is a good value phone and one I am excited to be try out properly in the days ahead, as well as seeing what else will come from BLU in the future. The more options the merrier for consumers, right?