Like it or not, Apple’s introduction of ‘the notch’ has seen the far eastern smartphone manufacturers falling over themselves to incorporate it in their own handsets.

Yesterday I mentioned the Ulefone T2 Pro, and Asus also unveiled the Zenfone 5 today with, yep, the notch. In this case, Asus claimed they had to copy it because that’s what people wanted.

So there you go. Notches are now a must-have thing. 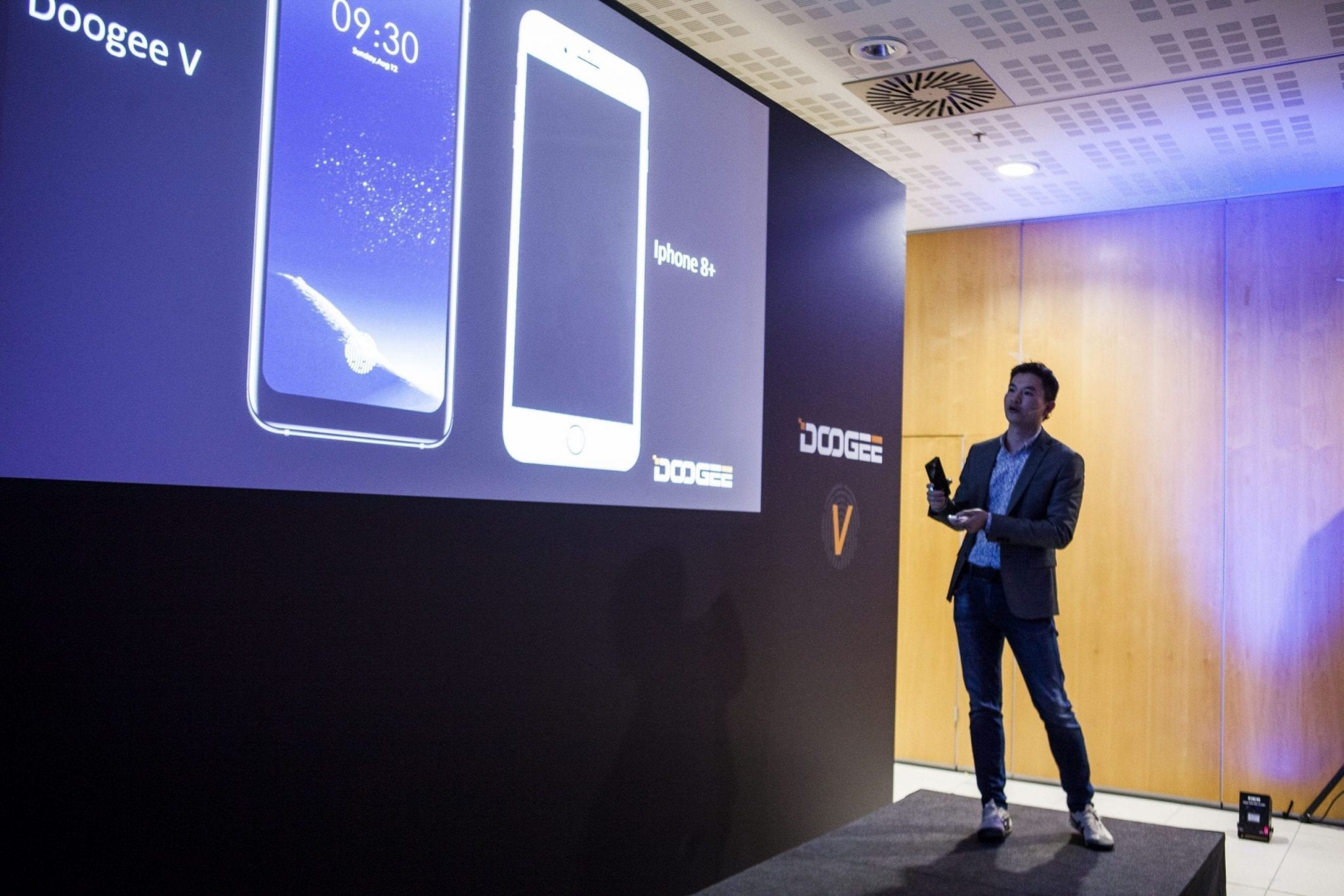 Doogee used Mobile World Congress to launch its own flagship, which if previous phones are anything to go by, could be a very wallet-friendly phone too.

The Doogee V has a smaller, perhaps more manageable, display than the 6.7-inch monster on the Ulefone T2 Pro (here it’s a more modest 19:9 ratio, 6.21-inch 1080×2248 pixel OLED display, with a screen-to-body ratio of 94.85%), complete with an integrated fingerprint sensor under the display, but one that works in a slightly different way. 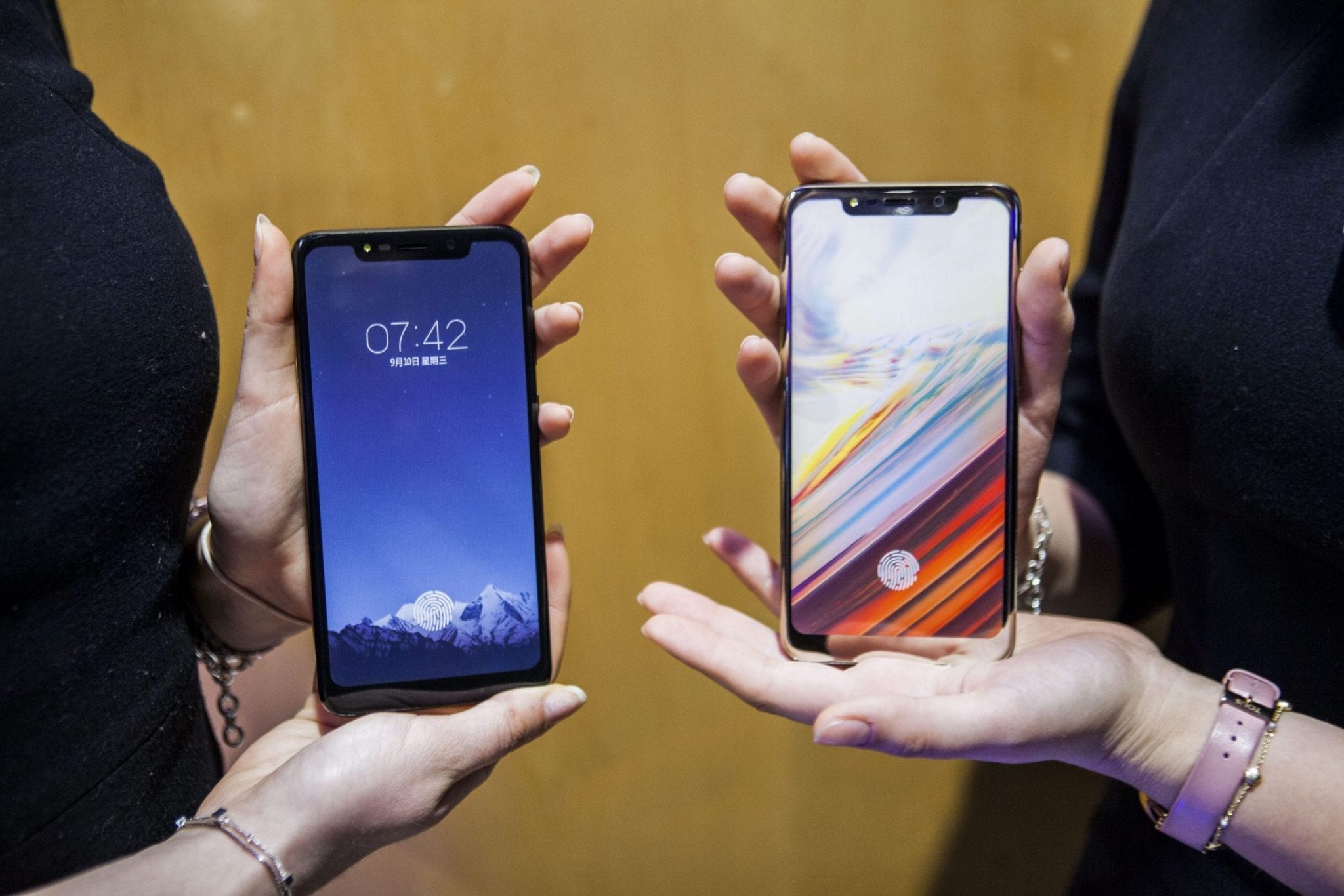 Using the OLED display, light is used to illuminate the finger and the reflection goes back through the glass to a sensor below.

This optical identification is claimed to be faster, and more accurate, than the system utilised by Vivo on the X20 Plus UD (a phone that was showcased back at CES).

It’s not clear what system the Ulefone uses. Or indeed if the claims of it being superior are true, but – like the notch – you can expect more devices to utilise the same, or similar, technology in the future.

After some glitches in 2017 that stopped the mainstream manufacturers getting in on the act, you can be certain that later in 2018 there will be many more products – at all price ranges. 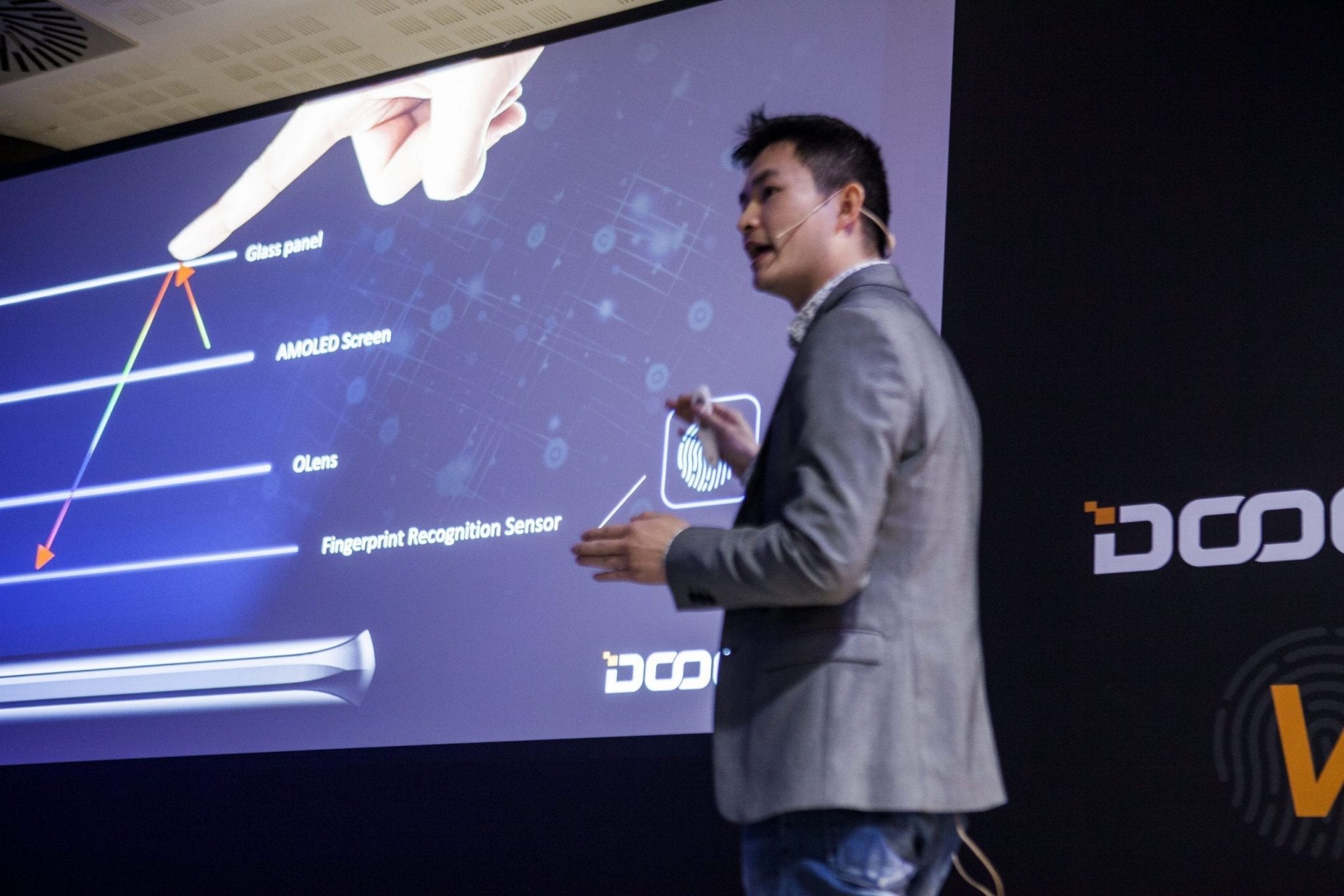 There are dual stereo speakers, a 4,000mAh battery and wireless charging support too. There’s also a mention of NFC, which should really be a given on everything these days, but sadly not always (as in the case of the Honor 7X). So it’s good that it gets a mention here then. 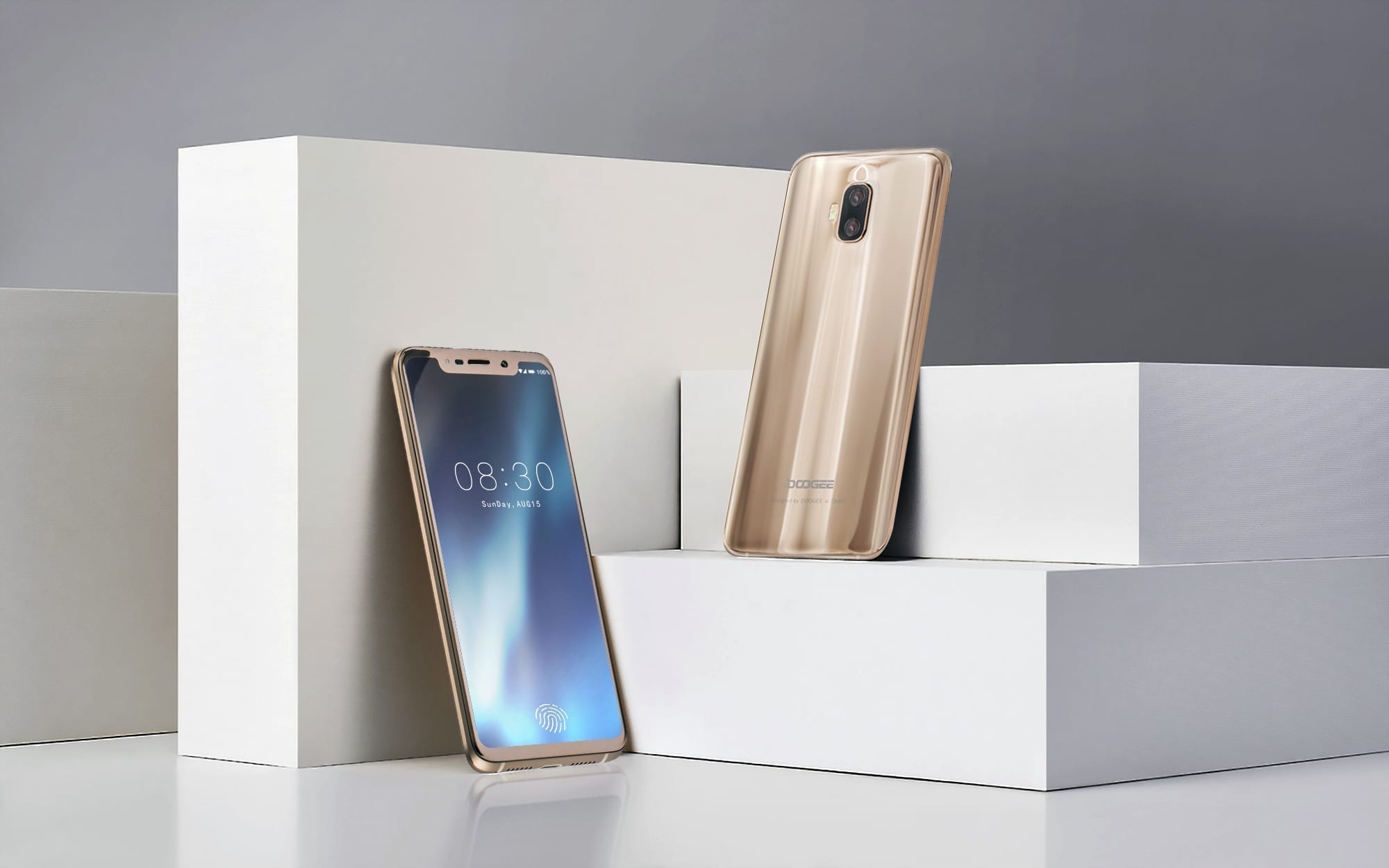 The Doogee V is due for release in Europe at the end of March/start of April.

More information on pricing will be released nearer the time, along hopefully with the more detailed specifications we would all want to know before shelling out a penny.

DOOGEE V— The Flagship of the Year Debut at MWC 2018

DOOGEE is an innovative and revolutionary phone brand which continuously leads the latest fashion in the smartphone industry. It conquered the European market with the glory of being a top 10 phone brand and became well acknowledged by millions of users & franchisers in 5 years.

On Feb 27th, 2018, DOOGEE will showcase the annual flagship device DOOGEE V at its global release meeting in Barcelona during MWC2018.

DOOGEE V shows proficiency in design by maximising the screen-to-body ratio to 94.85% with its original 6.21” AMOLED pressure-sensitive screen. Moreover, the U-shaped notch screen was presented in 19:9 aspect ratio and 2248*1080 resolution, which surpassed all similar flagship devices except the iPhone.

One of the most remarkable features is that DOOGEE is the first smartphone brand in the world to have used optical identification in-screen fingerprint technology, which effectively removed space for a full screen phone without the dilemma of choosing a rear fingerprint system. There are only two phone brands launched with in-screen fingerprint solution, namely VIVO and DOOGEE. Of these, VIVO employed the optical imaging system, while DOOGEE chose the faster and more accurate optical identification system.

The key to the optical identification system is the OLED module, which emits rays and illuminates the fingerprint, with the fingerprint pattern being transmitted to the sensor below thanks to the glass screen cover. It is also worth noting that both systems are only accessible in AMOLED screen.

In terms of memory, DOOGEE has worked alongside SAMSUNG for customised 8GB+128GB EMMC flash memory. The world’s first integrated 8G RAM will obviously differ from the 4GB+4GB RAM of other brands and become an industry leader.

Moreover, the 1600MP+800MP Sony large aperture camera and the dual stereo speaker will greatly improve the entertainment experience. The integrated AI and NXP chips will match the world-class algorithm for the escalation of all-round user experience.

DOOGEE is also equipped with a quick charge module and a powerful 4000 mAh battery. The 2.0 wireless charger is designed for various user demands, and the application of NFC units will also prove popular.

The successful launch of DOOGEE V shows its enormous potential in use of technology, which will also be the landmark in DOOGEE’s brand upgrading. According to DOOGEE officials, DOOGEE V will be released in most of Europe at the end of March and beginning of April. Please look out for official news at the time.

One thought on “MWC 2018: Doogee V joins others in ‘proving’ that we all want the notch”