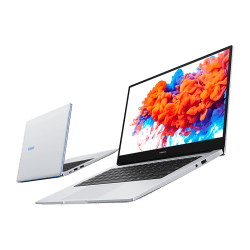 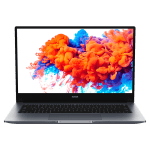 A decent laptop is vital in the course of doing my work – even if travelling is currently off the cards – and a Chromebook serves me well. Can Honor convince me to switch to Windows?

When working from home, I primarily use an iMac but on the go I need a laptop with decent battery life – a priority over outright performance, but nobody is going to say no to a bit more oomph.

As I’m not editing video on the move, I can get by with a mid-range performer with an emphasis on battery life – but that doesn’t mean I don’t want a decent screen and other features, without breaking the bank.

My current go-to machine for using on the move is a HP X360 14 Chromebook. It has an 8th generation Intel i3 and boasts around 10-12 hours of battery life, ample for whatever needs to get done on any given day.

Honor made a big deal of the excellent battery life on the MagicBook 14 and offered me one to look at, to see if this would meet my needs; covering events, writing copy, doing some basic photo and picture editing, and using WordPress.

Although there have been no events to visit for the last few months, I was happy to take a look at it and use it as my main machine for the purpose of a review.

The MagicBook 14 has an AMD Ryzen 5 3500U chipset, with 8GB of RAM and a 14-inch Full HD screen. By comparison, my Chromebook has 8GB of RAM and the same screen size and resolution, but when it comes to storage the Honor laptop has 256GB versus a rather miserly 64GB on the Chromebook (but it does get a microSDXC card slot).

When it comes to storage, it’s fair to say you won’t need the same level of storage on Chrome OS as it is quite light on system resources, plus most of what you use for productivity is in the cloud. But you must factor in the storage taken up by Android applications and Linux, if you choose to enable it.

Even without using Linux, my Chrome laptop has around 10GB of free space. I can increase storage with a memory card, but the read/write speeds aren’t great and you also run the risk of it popping out if you accidentally tap on it (it’s spring-loaded, and protrudes about 1mm from the laptop edge).

256GB on the other hand is more than likely going to be fine, with plenty of space for applications and other files and documents. I’d still access a lot of content in the cloud, and services like OneDrive will only consume space as and when you need to access a file if you choose.

Before I move on the MagicBook, let me explain my current usage needs.

Most of my work is in the cloud, like using Google Docs to edit copy, hosting photos on Google Photos (and Drive), and even using services like Pixlr for photo editing.

When I required video editing, I used the services of WeVideo to take advantage of offboard rendering power, and I would still favour this today for enhancing productivity on the go. By editing a low-quality version of the footage hosted in the cloud, I can render the high-resolution video offboard and even set it to upload to services like YouTube after I’ve shut up the laptop and hit the pub (remember those?).

For working in the cloud, you need a good connection to the Internet. It’s pretty straight forward with a Chromebook, if you associate a phone with your account (it allows you to activate your phone as a hotspot from the laptop itself), but it’s also very easy with the MagicBook.

Thanks to an embedded NFC chip below the keyboard, you can hook a Honor or Huawei phone up extremely easy. The same connection can also be used to share the screen and move files seamlessly from phone to laptop and vice versa.

The laptop only supports Wi-Fi 6, but this can be used with a mobile as a hotspot, or simply use a USB able to connect by activating USB tethering.

Windows Explorer is infinitely better than Google’s Chromebook file manager, and I was very pleased to find a much more user-friendly way of handling the many media kits I receive.

Windows 10 is undoubtedly more powerful, especially when you need native applications instead of apps in the cloud, or using Progressive Web Applications (PWA) that will help make the operating system less of a consideration in the future.

One feature I instantly fell in love with was the fingerprint sensor. It’s integrated within the power button and works with Windows Hello for a nice and secure unlocking process.

It’s more convenient than the Chromebook method of unlocking my phone with my fingerprint that, in turn, unlocks the laptop. It works, but there’s a delay and often it becomes easier to just to enter a password or PIN using the keyboard.

Of course, some of the far more expensive Chromebooks are now getting biometric security, but I’m still unsure of the benefits of spending up to £1000 on a Chromebook in order to get this. Thank you to Honor for bringing this feature to the mid-range.

The MagicBook display looks nice and sharp, and there’s really no need for a higher resolution on such a screen size. Its matte finish resists glare, but does mean you won’t get incredibly punchy colours. There’s no HDR and the screen is also ‘just’ 60Hz. There’s no touch input either, which is something many Chromebooks offer even at lower prices.

I don’t use touch that much, so I could live with losing that, but the screen was quite dull.

This almost certainly helps contribute to its excellent battery life, along with a relatively sombre keyboard backlight (there are three levels, all pretty dim). Indoors, it’s perfectly usable and you’ll appreciate the lack of glare, but if you wish to enjoy a movie then you’ll have to reduce the ambient lighting. Not so easy outdoors or on public transport!

Watching a movie is something you’re likely to want to do as well, and the sound quality from the MagicBook was a breath of fresh air compared to the supposed high-quality B&O speakers on my HP. It seems HP spent a lot of money on getting the brand association, and virtually nothing on actually including decent speakers.

Honor hasn’t stuck on any branding, but put in some decent speakers instead. That’s what matters.

It’s nice to play Spotify when working and get a good quality sound, and the quality remains even with the volume turned down to a level that won’t distract your workflow.

Windows 10 has come on leaps and bounds, and with many bad experiences with Apple in recent years, I have already decided that when my iMac eventually gives up the ghost, or Apple kills it with successive OS updates slowing it to oblivion, I will gladly return to Microsoft as my main home machine.

The experience of Windows on a mid-range laptop has worked wonders in assuring me that this will be a good move. It has also opened my eyes to what AMD is now doing. The Ryzen 5 chip here never gave me any problems or slowdowns, and it seems AMD is giving Intel a lot of headaches right now.

There’s a perfect balance between battery life and performance, with 8GB of RAM being ample even when opting to use Chrome as the primary browser. I had multiple tabs open without issue, and we all know how bad Chrome can be for sucking up all resources.

By my own admission, my usage needs are quite modest but the computer had plenty more to give. If I had needed to do some video editing, I’m confident it would do a perfectly respectable job. Slower to render the final video, sure, but not to a level that should have me wishing I’d laid down hundreds of pounds more.

Gamers may not be buying this given the rudimentary integrated graphics card, but that doesn’t mean it can’t play games with lower graphical settings. Whereas my HP fan seems to power up even for minimal usage, the MagicBook 14 never made a sound.

For churning out copy (this review was, as you might have guessed, written entirely on it), it proved to be a pleasure. Most of that is due in part to a very comfortable keyboard, with enough travel to allow confident travel, but not make the laptop too chunky.

I particularly liked the ability to adjust the power management settings to squeeze more from the battery (on a Chromebook the most you can do is adjust the screen brightness), which resulted in me getting a good, solid, 6.5 to 7 hours between charges.

I let it run down to 0% a couple of times and on both occasions, it got down to 1% and gave the battery warnings to give me time to grab the power lead.

This was reassuring as I’ve had laptops that can be a little inaccurate when the battery is near dead, and even switch off before getting all the way to 0% – running a risk of losing data. No such issues here, and I can see why Honor chose to build a marketing campaign around the battery.

My Chromebook boasts battery life of up to 12 hours, but in reality it pretty much matches the MagicBook in real-life usage – and I really appreciate the ability to adjust performance to suit your needs at any given time.

I’ve now got to give this laptop back to Honor, but if one of the key reasons for using a Chromebook is solid battery life, Honor has opened my eyes to the fact I can also get great battery life from a more powerful machine.

With the horror stories of battery issues with Samsung’s flagship Galaxy Chromebook, it seems things might actually be going the wrong way for Chromebooks that are going for thinner and lighter, and consequently compromising a key selling feature.

At £549 the MagicBook 14 is a very affordable deal for a premium build machine (it’s cheaper than the HP was), and particularly appealing during these crazy times of uncertainty.

If there’s one concern, and it’s a little one, it is that Honor has already done a bundle with a Honor backpack and MagicWatch 2 bundled, so it might be worth waiting for another such deal before buying to get maximum value.

If there is no similar promotion in the near future, I can however still recommend the MagicBook 14 for anyone with modest needs like me – with only an occasional need for heavy lifting. Wanting to save money money should not mean scrimping on battery life, screen quality or a fully usable, productive keyboard.

The MagicBook 14 does an excellent job for the money, and I look forward to seeing what Honor will offer in the coming months and years.

[Edit: At the time of publication, Honor is currently offering a free laptop sleeve worth £69.99]