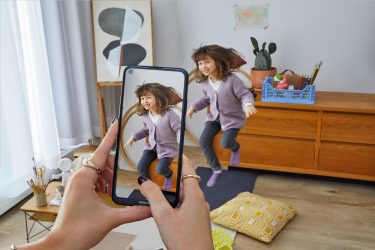 Featuring Android 10 out of the box, but promising an update to Android 11 later, the Nokia 5.4 is a definite entry level handset with rather mediocre specifications, from its low-resolution display to 802.11n Wi-Fi connectivity (Wi-Fi 4).

However, at less than £160, Nokia has managed to produce a nice looking phone that resembles a far higher-spec model, and it comes with two years of OS updates and three years of security updates for peace of mind.

The Nokia 5.4 camera setup includes a 48-megapixel primary camera, 5-megapixel ultra-wide camera, plus two 2-megapixel sensors for depth and macro photography. On the front, the punch-hole cut out allows for a 16-megapixel snapper.

In the box comes a screen protector, jelly case and headset, as well as a 10W charger, ensuring it has everything you need to get going from day one.

Amazon and Argos will also sell the phone from next year.