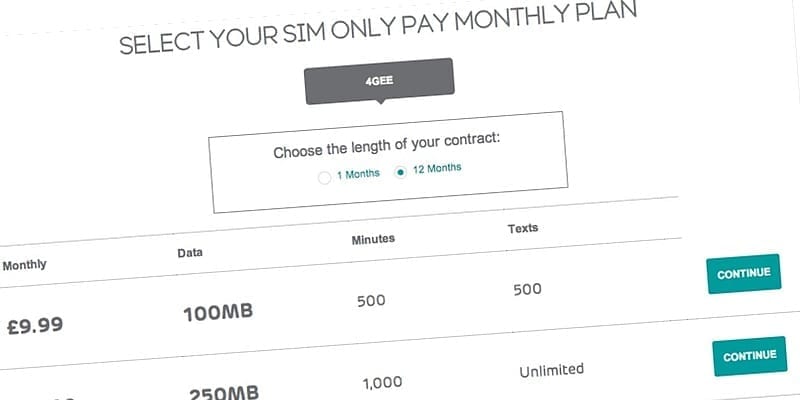 I’ve talked a lot about Three in the last few months, partly because of the excellent value of the One Plan, and also because of its launch of 4G, which finally happened after a lot of initial confusion.

Now, EE has adjusted its own SIM-only deals, so it seems only fair to mention them.

You can’t dispute that EE’s network is still pretty much unbeatable as an overall package, giving 2G fallback in areas not covered by Three at all (yet), as well as offering improved performance on both 2G and 3G as sites are upgraded and brought into the MBNL partnership.

The new tariffs are detailed below. The last line in blue is for Three’s One Plan for comparison purposes, but bear in mind there are other features unique to each operator beyond just the cost of data, calls, and texts.

* Tethering is still included on Three’s SIM-only contracts for now, but this may (and likely will) change when the tariffs are revised later in the year.

Modaco also details some of the cashback offers available to those who take out a 12 month contract, which might sweeten the deal a bit more.

For heavy data users, the lack of anything above 4GB, as well as the same cost for the One Plan getting just 2GB on EE, might seem like the EE deals aren’t as good, but with many users not consuming over 2GB per month, plus the benefits of much wider coverage, the EE tariffs are definitely more competitive than they were.

But come on EE, why no tariffs with larger data allowances?