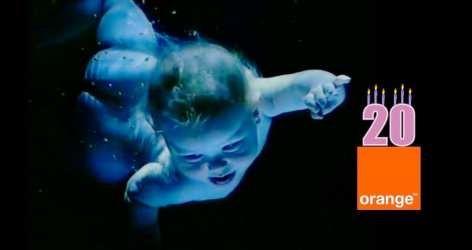 April 28th 1994: The day that Orange went live, and customers were able to choose between a wonderful Nokia 2140 mobile phone, or a horrible Motorola mr1, and connect to a network that massively shook up the mobile phone industry.

Orange was also a major turning point for my business, JM Communications, and on day one I received my first batch of phones from Hugh Symons (now part of Carphone Warehouse) and excitedly started on doing the connections, in time for the courier to collect and deliver the phones to equally excited customers the next day.

Compared to the method of doing credit checks and connections on other networks, Orange was so far ahead of the game too. Oh, and the commissions were also rather good too!

The very first customer was in fact myself, giving me the same mobile phone number that I still use 20 years on.

Naturally I went for a Nokia 2140, which seemed so small and offered such incredibly battery life compared to all the handsets I’d owned before – ranging from the Nokia Cityman 100, through to the Nokia 101, and various models from NEC, Panasonic, and Sony.

The Motorola mr1 was cheaper, but inferior in every single way. I always tried hard to put people off buying it and pay the extra money, and thankfully most people did. Those that didn’t often took advantage of the 14-day money back guarantee.

The Motorola mr1 was cheaper, but inferior in every single way

And Orange not only had a great phone to launch with, but per-second-billing and the ability to send SMS to other Orange users, which I don’t even think was charged for at the start.

After all, who was going to use SMS? It was just this little feature that hardly anyone would use, right?

Without wishing to replicate everything on Wikipedia,  I have such fond memories of so many good things that Orange did over the years – including some impressive press trips. Like flying to Bristol by Helicopter to hear about doing network testing, or being flown in a private jet to Cumbria to see a cell site disguised as a tree.

Orange was a pioneering firm that was really sticking it to the stuffy incumbent operations from Vodafone and Cellnet, while One2One was still a mostly London-centric operation that was suffering from having offered free local calls in the evenings and weekends, without having the capacity to cope.

The list of things introduced and offered by Orange was extremely impressive (and listed below in no particular order):

(No doubt there are many more things I’ve forgotten about – please do tell me).

Sadly things went somewhat downhill with the take over by France Telecom. Suddenly many of the innovations were left to rot (and then get scrapped), while ‘simplification’ saw loads of things get more expensive, so as to make them more ‘simple’ and easy to understand.

The incredibly advanced-for-the-time Wildfire service was a good example of a service that was run into the ground, through a total lack of support, no new updates, and the service not being offered to new customers. All despite having bought the firm that created it and gave it its name.

20 years on, Orange has become nothing more than a sub-brand that will soon be phased out completely, but for some people – like me – it will never be forgotten. Some will question why such a strong brand like Orange had to give way to a totally unknown name like EE. To be fair, EE has done a pretty impressive job.

But whatever happens in the future, for those who can remember back to 1994, Orange will always be seen as the network that really did show the future was bright.

Edit: Thanks to japaul for helping me expand the above list, especially with regards to the Orange Value Promise.

Also, here’s some audio from Wildfire – again thanks to japaul for the link.