Google recently admitted sales of the Nexus range have slumped. It thinks one of the reasons is that people are no longer wanting to buy Nexus devices, which is probably because Nexus 6 was not only expensive, but also a little bit extreme for most people, while the Nexus 9 tablet was selling at a ridiculous price compared to earlier models.

Nexus devices were previously exceptional value, and even with known and accepted limitations (like no memory card slot), people snapped them up knowing they would be reliable, well-specified, and – most important of all – well supported with updates.

The Nexus 5 and Nexus 7 (2013) were each amazing value for money, and even now anyone owning either device is probably without any major incentive to upgrade. Both are running Android 5.1, and both are still incredibly smooth in operation, that it often makes you wonder why you’d ever choose an alternative phone with a custom skin and loaded with bloatware.

But, once the prices were hiked up, naturally people began to look elsewhere. It’s a shame as both the Nexus 6 and Nexus 9 are excellent products. 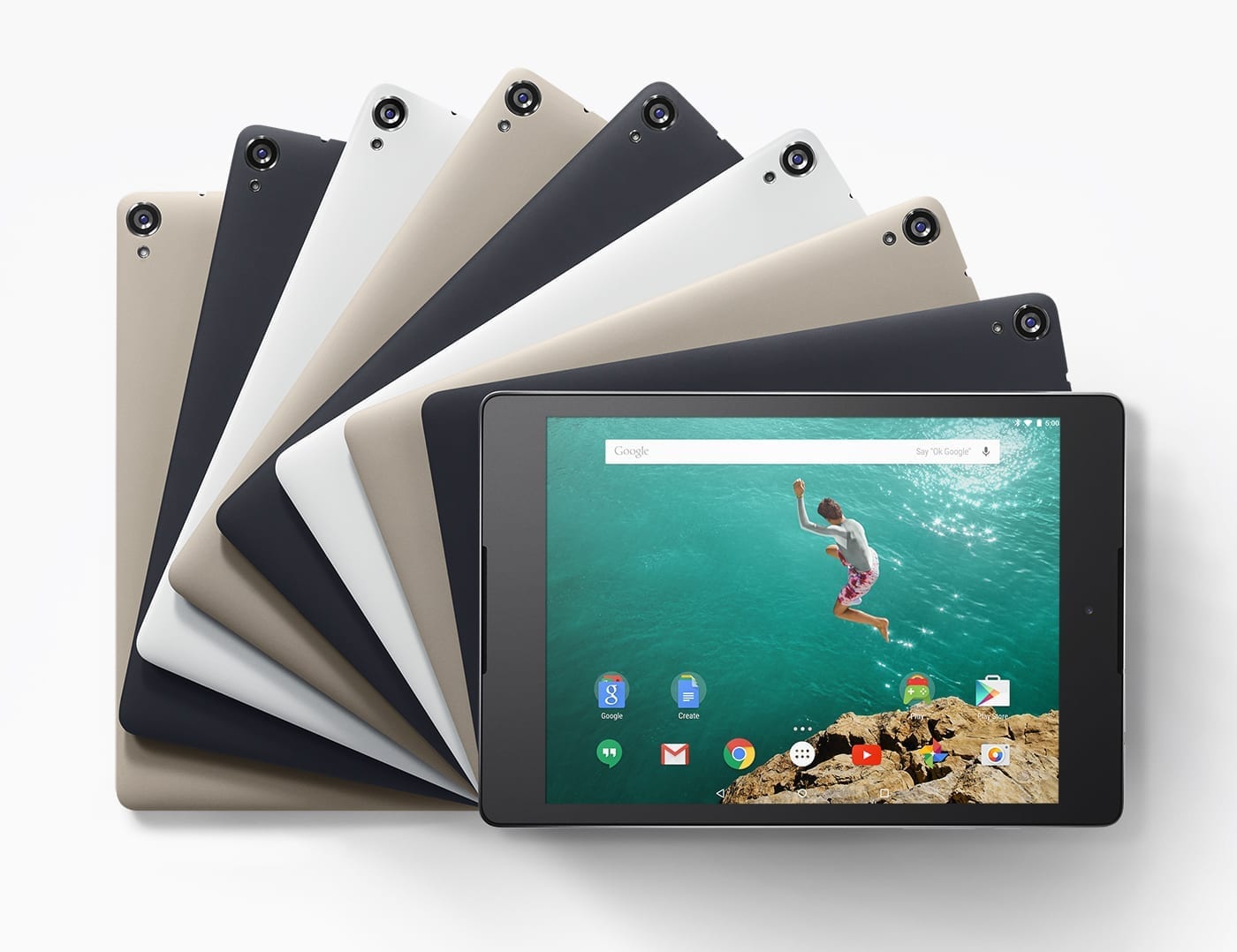 Now, thanks to the £100 price cut, the Nexus 9 is finally at a price that makes it a much better deal, but don’t be tempted to get the 16GB model unless you really are planning to use it almost exclusively ‘in the cloud’. By the time you take off a few gigs for the OS, you won’t be left with much for downloading some films to watch on holiday (and potentially in flight mode, or away from Wi-Fi) or installing some of the killer games that can be 1-2GB in size.

Given its immense processing power, why restrict yourself, or even run the risk of having a tough job selling it on in a year or two when people will laugh about how pathetic 16GB is. Actually, it’s pretty pathetic today.

Sadly the LTE model is not being discounted (remaining at £459 with 32GB, and also available online only), which is a shame, and it’s not clear if this offer will be extended, or if John Lewis will simply not re-stock the tablet once sold out.

Anyway, no more wasting time reading this. If you want a Nexus 9, I suggest you hurry before they’re all snapped up.