The G3 was (and still is) an excellent smartphone, but it’s a competitive market and LG never really enjoyed the success that it deserved in the UK.

Now the G4 gives LG another chance to make its mark, taking the new smartphone in a new direction with a more premium-looking design, plus some impressive improvements that aren’t immediately obvious. 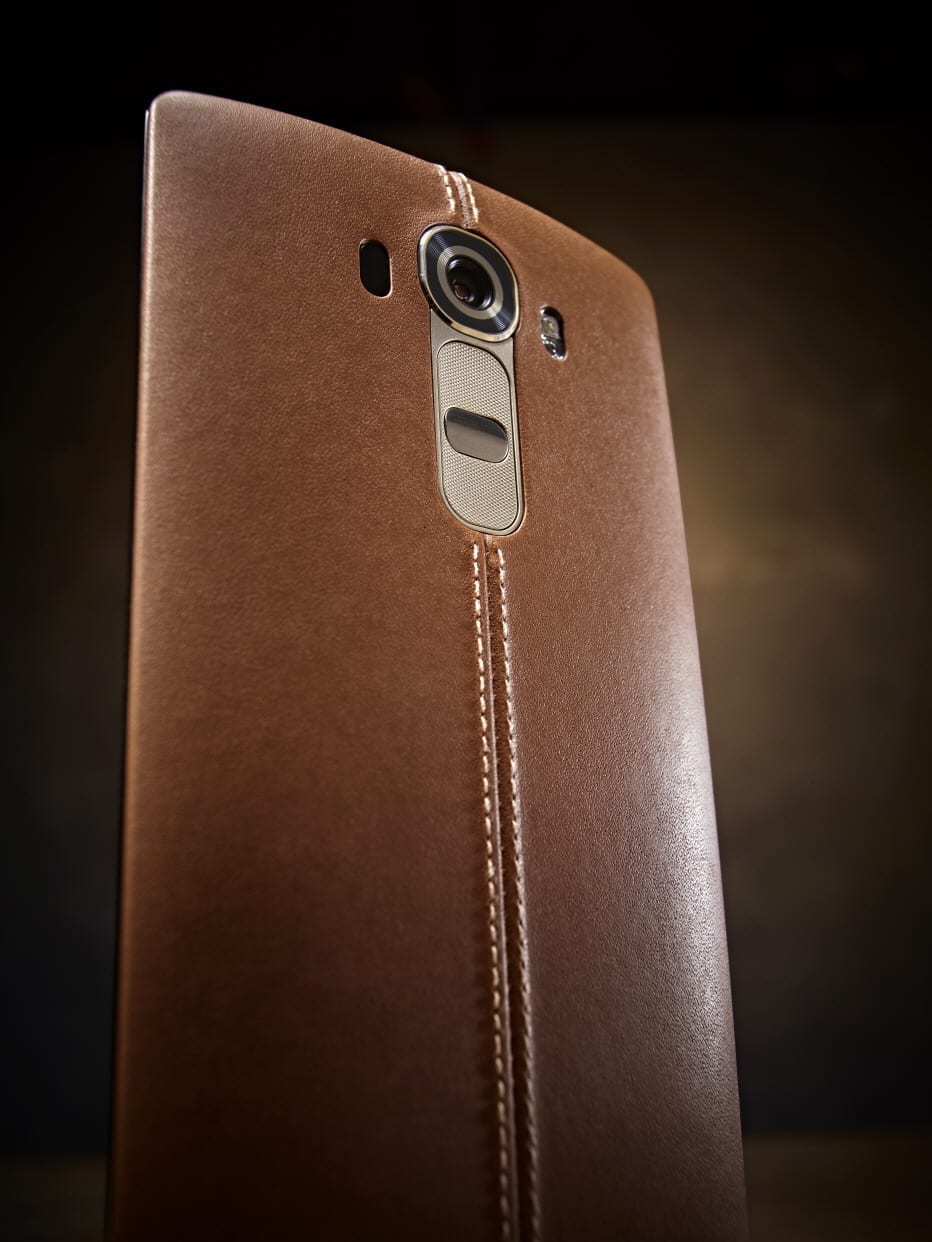 On the face of it, the G4 looks almost identical to the G3 from the front. The subtle ‘Slim Arc’ curved screen is barely noticeable, and the screen itself remains unchanged at 5.5-inches and a QHD resolution (that’s 1440×2560 pixels).

However, looks can be deceiving as the display itself uses LG’s new Quantum Display, which offers 20% greater colour reproduction, 25% improved brightness, and 50% greater contrast. That’s LG saying that, mind, as I’ve not yet been able to see the device in the flesh – let alone make comparisons against the G3.

From the rear, the basic design also remains virtually the same (namely the rear volume buttons and power key, AF sensor and light), but the phone now comes with a wide choice of covers that now includes real leather.

Sadly these covers mean the loss of a major feature of earlier LG models – wireless charging support. Bad timing when the likes of Ikea are getting behind wireless charging in a big way, and Samsung has just launched two new models with support built-in.

While a Qi-compatible charging cover is supposed to be available separately, along with many other accessories (including the same Quick Circle case first launched for the G3), this will of course mean having to ditch the more interesting covers that LG is so keen to show off, and gives the G4 a competitive edge. If you like that sort of thing, that is.

LG has also put the latest version of its custom UI (UX 4.0) on the G4, which is simpler than previous versions, as well as having a general look and feel that better fits Google’s own Material Design. It would be nice to see LG offering this new look to G3 owners – how about it LG?

The camera gets a pretty major update, proving you can’t just go by looks alone.

Whereas the LG G3 used an older 13-megapixel Sony-made image sensor, the G4 comes with an all-new 16-megapixel sensor with f/1.8 aperture lens, which LG says gives it the best low-light performance on any smartphone.

Complete with a laser autofocus system, as first introduced on the G3, but now with better white balance detection and improved Optical Image Stabilisation, LG is very proud of what it has come up with on the G4, and must be hoping it will become known as the leading smartphone camera.

The camera interface has been totally revamped too, and LG is even offering users the ability to save RAW image files. As yet only a handful of Nexus devices utilise this new feature of Android Lollipop (one of them being the LG-made Nexus 5), with even Sony having shown no interest in adding support since rolling out the Android 5.0 upgrades over the last few weeks.

RAW might seem over the top for many users, but it can have advantages by allowing you to make changes to the image before saving, rather than letting the phone go ahead with its own image processing and potentially spoil things.

LG is no doubt aware that people will be sceptical of such bold claims, so it has released its own photos taken on the G4. You can view them all in their high-resolution glory here. Suffice to say, these can’t be independently verified, although LG would have to be mad to try and fake things. 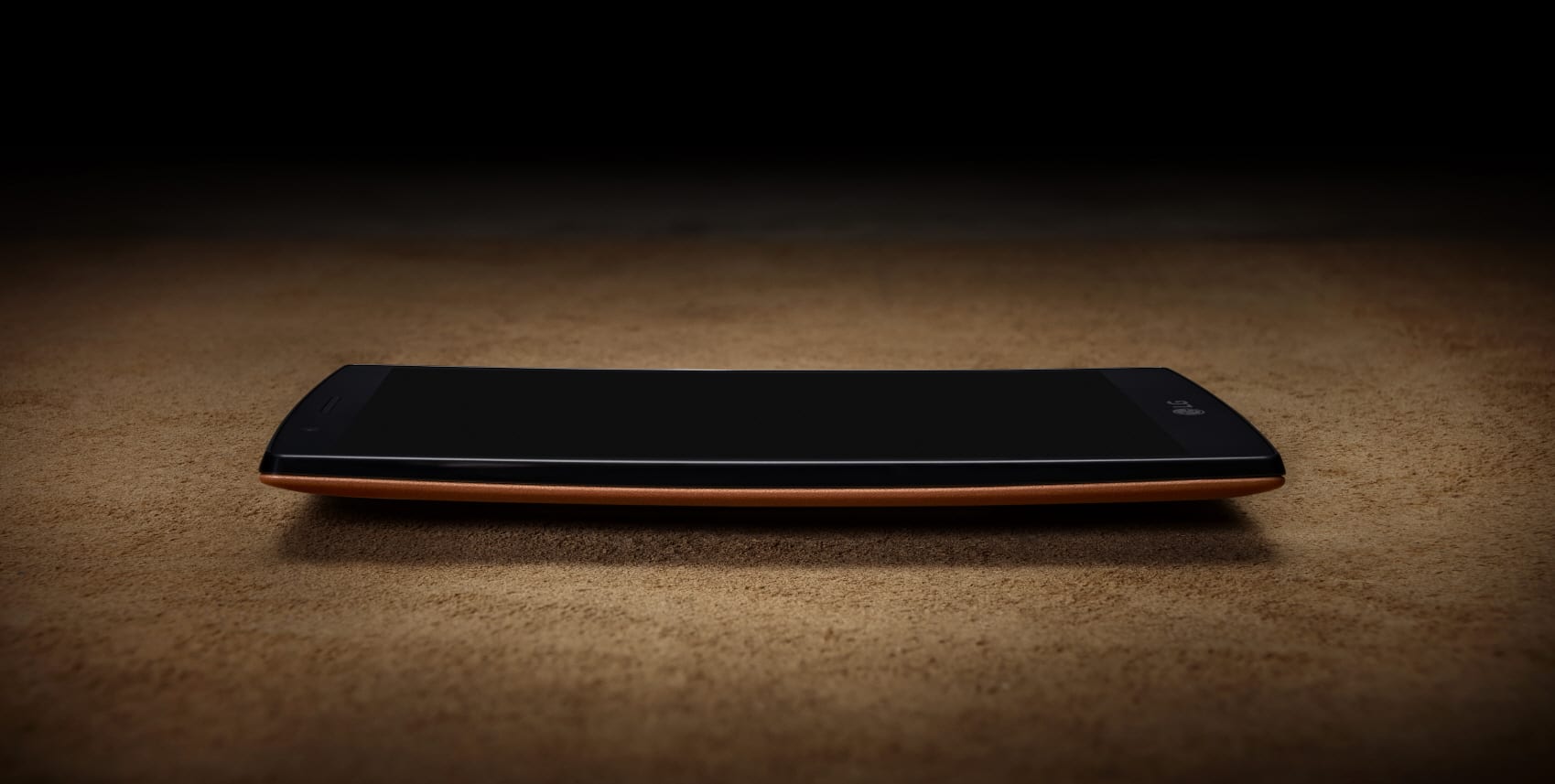 So what of the rest of the phone? After so much negative press relating to the heat problems with Qualcomm’s Snapdragon 810 SoC, the LG G4 ships with Snapdragon 808 – a six-core chipset that seems at odds with the current trend to use eight cores, even on entry-level phones like the Honor 4X.

Of course, not all octo-core phones are using Qualcomm chips, and so far it seems that Samsung’s Exynos solution is proving to work very well. I’ve also had some impressive results with Huawei’s HiSilicon chips in both the P8 and Honor phones. MediaTek also has its own solutions, leaving Qualcomm’s high-end chipset rather, erm, out in the cold.

Thermal issues have created real problems on both the LG G Flex2 and HTC’s One M9 9, causing the performance to be hit hard under load, so if the G4 can manage heat more effectively then it will likely be a very worthwhile trade-off.

The problem is that a lot of people on the street will not be aware of such problems and just see the G4 as inferior to rival products, so I’d like to see how the company prepares to deal with that.

LG can keep coming up with impressive phones, but it also needs to get sales. This means being able to market the phone effectively, and also get good positioning in high-street stores. That costs money, of course.

The company announced today that it shipped 15.4 million smartphones in the first quarter of this year, a 26% increase on this time last year, but most of that increase was from increased sales in North America and Korea.

Without better marketing here, Samsung is still going to get more sales despite having ditched removable batteries and memory cards on its own flagships, and putting up prices to try and copy Apple’s way of selling.

LG is also trying to pitch this phone as a premium device, with early pricing suggesting it will retail for around £600 when it goes on sale in the UK and Europe at the end of May. [Edit: Clove is taking pre-orders now for just £500!]

However, if the G3 is anything to go by, prices will likely drop quickly shortly after release, with large variations in pricing to be found from one European country to another. Early adopters would be well advised to shop around, and not be afraid to look abroad – such as Germany – for better deals.

Most UK operators will be selling the G4, and pricing on contract should be revealed in mid-May in time for its release.

Hopefully I’ll also be in a position to get a device to review when it starts shipping and do some comparisons of my own. If the camera really is as good as the early reports and camera samples suggest, the G4 may well be one of the most impressive smartphones of 2015.