Introducing the Rook smartphone from EE, one of the cheapest smartphones to bring high-speed 4G access to the masses, and also shipping with Android 5.1 out of the box. It’s on sale to buy from today, but is it any good?

I’ve written rather a lot about devices at the lower end of the market of late, pointing out that in many areas they can often match the performance of far more expensive flagships.

Devices such as the many Moto G models and the recently updated Moto E, or Honor’s Octo-Core 4X smartphone that packs an almighty great punch.

There are many others too, all fighting it out in the £100-150 price range. Then, if you are willing to go up to £300, you start to see phones that can match much of what the likes of LG, Samsung and Sony can offer, for as much as half price. Phones like the Huawei P8 or Honor’s 6 Plus.

But how cheap can you go before the experience starts to tail off, and things become rather unpleasant and reminiscent of the low-quality devices people had to endure a couple of years ago before the likes of Motorola, Huawei, ZTE, and Alcatel stepped up their game in an increasingly competitive and unforgiving market?

The EE Rook (which is built by ZTE) sells for just £39 (to existing PAYG customers who also purchase a £10 top-up on top), or £49 for everyone else (also subject to a £10 top-up). This may well be setting alarm bells ringing, so let’s start off with a look at the specs that were published as part of the press launch earlier today. 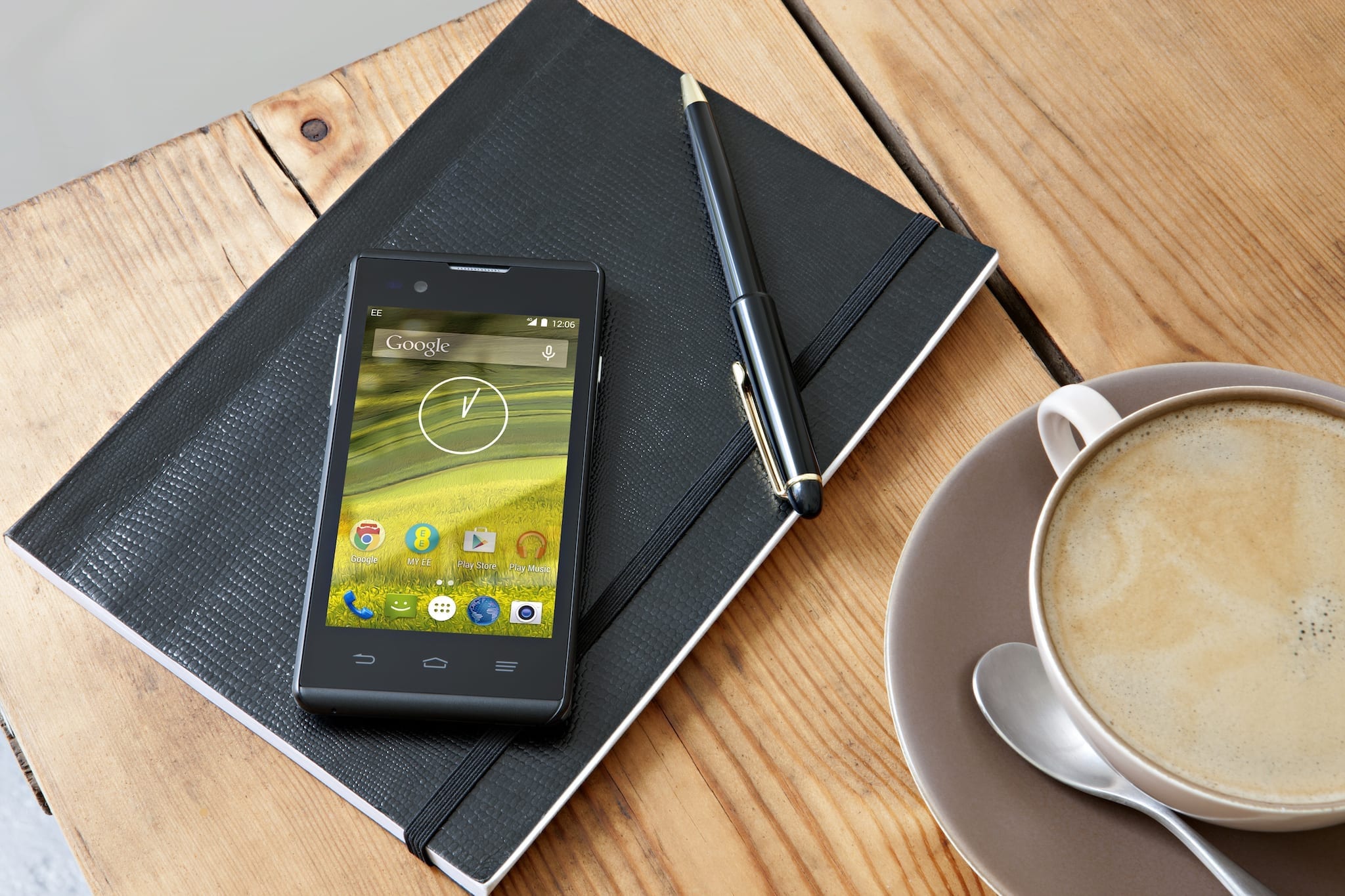 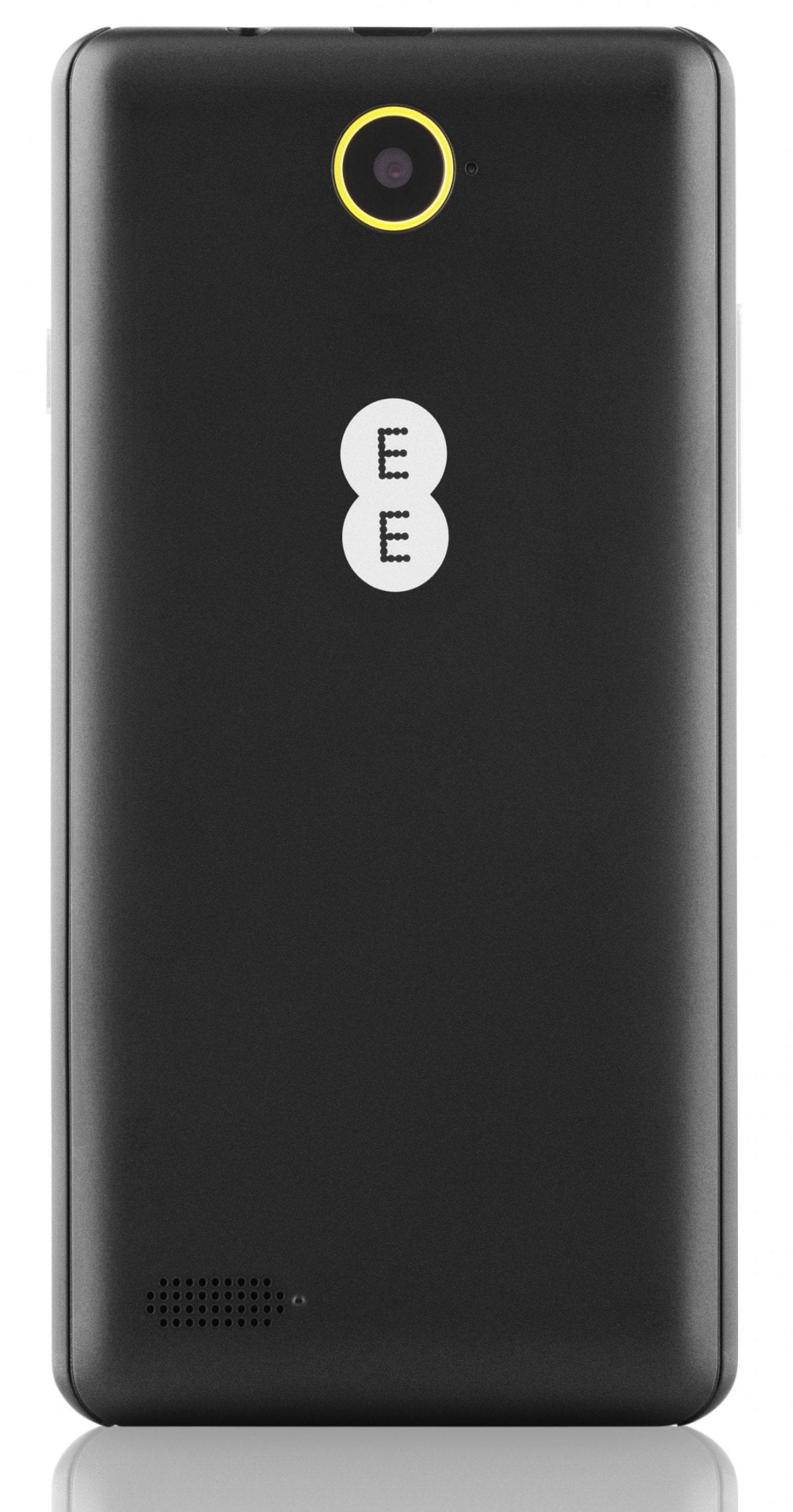 First off, the phone is powered by a MediaTek quad-core 64-bit SoC (see below for the AnTuTu score) with 1GB of RAM, has a 4-inch 480×800 pixel display that has a very restricted viewing angle. Tip it back and forth 20 or 30 degrees in each direction and the display goes black or whites out.

On the back is a 5-megapixel fixed-focus camera without flash, and limited to 1280×720 pixel HD video. There’s just 8GB of internal storage (leaving around 3.5GB free for actual storage) but a memory card slot that the specs claim tops out at 32GB, but is more than likely going to accept higher capacity (microSDXC) cards, which I’ll test out in the coming days. [Edit: Having now tried a 128GB card, it would appear that the phone does NOT support the XD format, and as such won’t be able to use 64, 128 or 200GB memory cards]

The battery is just 1,500mAh, and Wi-Fi is restricted to 2.4GHz only. But it does ship with Android 5.1 and minimal customisation, giving a near-native Android experience that’s a definite plus.

All in all, it’s quite a drop in performance compared to the Moto E, but let’s not forget the price tag of under £40. Or that some people aren’t bothered about taking photos or video, or installing and playing high-performance 3D games.

Put to the test

In the week ahead I’ll be giving the Rook a thorough review and seeing just how well it performs in a number of key areas so you can make up your own mind. Things like web browsing, accessing Maps, watching some movies, and so on.

Don’t expect me to find that it’s almost as good as a Galaxy S6 or G4, as that’s clearly not going to happen – but I don’t imagine anyone is expecting that either. What matters is whether this phone is usable day-to-day, and gives users a pleasant experience.

So what do you get in the box, besides the phone? Well, not a great deal.

You get the phone, a quick start guide, one 1,500mAh battery, a USB cable (with no power adapter, bit chances are you already own a few of those already), and a pair of headphones that looked so cheap I was half tempted to bin them immediately.

EE offers an accessory pack for £24.99 that comprises a plastic screen protector, case, and car charger. The press release states that customers can get 20% off accessories, but that’s still going to be a lot to pay for accessories you’ll like to pick up on Amazon for a few quid in the coming weeks.

It’s a bit too early to give first impressions of this phone, but I did take a few photos with the Rook on my way home.

Suffice to say, I doubt you will be buying this phone for its camera abilities. I took some photos in standard mode (5-megapixel) and a couple using HDR mode, but neither look particularly amazing. However, they camera will probably suffice for the occasional fun photo for sharing.

The HDR mode in particular requires a very steady hand as it takes some time to take multiple shots and combine them. Any movement and you’ll see it in the form of ghosting.

HDR mode on the Rook

Before I end this unboxing/news story, I thought I’d do a quick benchmark test. Despite believing that likely customers won’t be wanting to play graphically intensive 3D games, it’s still a good basic measure of performance for comparison purposes.

The Rook scored a rather average 21239, putting it below phones like the Nexus 5, HTC One (M7) and LG G3 – but I wasn’t really expecting any amazing surprises here.

If you have any questions about the device before I start on my review, please let me know below or via Twitter.