At 3am this morning, UK time, OnePlus unveiled its latest OnePlus 2 smartphone and proudly announced it as the ‘2016 Smartphone Killer’.

On paper, the specs are impressive. Price wise, the £289 retail price for the 64GB model is also rather incredible. This time around the phone also fully supports all the 4G bands used in the UK and Europe. So, what’s not to like? 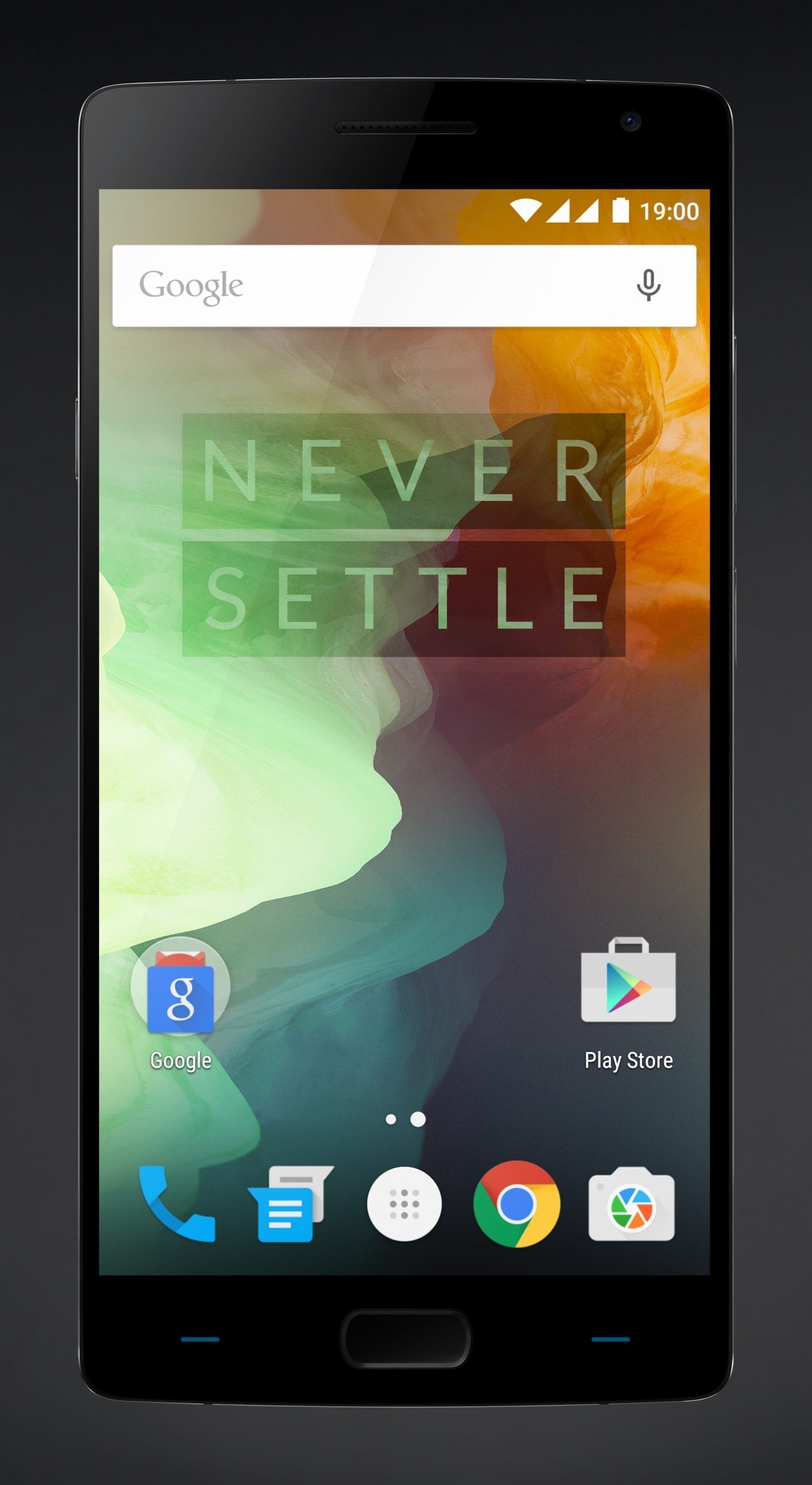 Well there are a few concerns from me.

Firstly, the elephant in the room, namely Snapdragon 810. OnePlus, much like LG with its G4 launch (using a slowed down, six core, variant of SD810), had to get Qualcomm to come along and help explain how this chipset isn’t going to cause loads of problems.

It’s pretty bad when you need to do this because you know the world is immediately on guard when hearing those three numbers mentioned. 2015 will probably be a year to forget for Qualcomm and every manufacturer that decided to use Snapdragon 810.

Heating up a room

From the guide given to reviewers, OnePlus explains how the phone reduces the chances of heat-related problems:

…working closely with Qualcomm’s engineers, we have fine-tuned OxygenOS specifically for the [v2.1] 810. OxygenOS implements proprietary technology that intuitively assigns certain processors for certain tasks, and avoids using two or more cores that are right next to each other. For example, one or two of the larger cores would be used for graphics-heavy gaming,while in contrast, the small core would be used for simple text messaging.

In an ideal world, however, there would be no need to do all of this clever stuff and the chipset would cope with the demands placed upon it. Clearly the chip has some major flaws, and time will tell if these ‘fixes’ solve them.

Rumour has it that Qualcomm has been working long and hard to fix things for when Snapdragon 820 makes an appearance, most likely early next year now.

So, can this really be a ‘2016 flagship killer’ if we’re likely to see everyone jump to SD820 just as quickly as they can – manufacturers and customers alike?

Of course, I’ll reserve judgement until I get to see a OnePlus 2 in my own hands. Perhaps the software engineers will have managed to get the heat under control, while not destroying the performance.

Perhaps the design of the phone will better help get rid of heat unlike, say, the Sony Xperia Z3+/Z4.

I really do hope so.

It pays to support NFC

Another concern is the lack of NFC, especially with Android Pay (supposedly) around the corner. It doesn’t make a lot of sense to omit a feature that manufacturers have been including for years, hoping that things would take off.

And just as soon as it looks like NFC might finally have a purpose (besides tapping against phones to share files, or more easily pair phones to Bluetooth accessories), OnePlus goes and leaves the feature out.

OnePlus doesn’t believe Android Pay will work, but that seems a nonsensical view. Maybe it won’t, but maybe it will. And perhaps having flagships shipping without NFC will help contribute to the failure.

I for one would prefer to have NFC just in case it does take off, especially as Apple Pay seems to be gaining traction and showing there’s a demand. Banks appear to be falling over themselves to announce their support (HSBC finally getting on board today too), so why can’t Google get a piece of the action?

Sure, the phone is pretty cheap and perhaps OnePlus doesn’t think early adopters, who will be desperately trying to seek out invites as I write this, will care when they change phones like the weather. I’m sure the OnePlus 3 will end up getting NFC.

If OnePlus wants to eventually do deals with operators and move to the ‘next level’, such that it can ditch the invitation system and go into mass production, it will need to stop doing odd things like this.

The lack of a memory card slot I can just about live with, on the other hand, given you aren’t being asked to pay an arm and a leg for a phone with 64GB, but even this is another surprising omission – especially when you can remove the rear cover to choose between a range of colours. Clearly, adding a third slot to sit alongside the dual nano-SIM slots wouldn’t have been impossible.

It would have been nice to have had more than just a single speaker on the base of the phone, although if it’s as loud as the one on the Huawei P8, all will be forgiven (just).

And talking of the invitation system, is that really necessary this time around? The whole Eric Cartman ‘you can’t come’ technique worked first time around, and no doubt it will again before the phone actually starts shipping, but what about the longer term?

There’s no doubt that before the phone is on sale, people who aren’t convinced either way will still want an invite. Then you can make a decision and not feel left out. Heck, even if you decide not to buy the phone, you can pass on the invite and feel like a VIP.

No doubt there’s already a frenzy to get an invite, and OnePlus managed to get hundreds of thousands of people trying to get one based on nothing but leaked photos and rumours. I am not sure that it will still be the case in three or four months time.

Pebble did well with getting interest and pre-orders via Kickstarter, but the key to long term success will be when the phone is on sale through the traditional retail channels. Otherwise it will always be something for people ‘in the know’, or early adopters who will show their true loyalty when another company comes along with the next ‘flagship killer’ in a few months time and they jump ship.

OnePlus needs the mass market. It wants the mass market, and for that invites can only get you so far. It’s no good having this phone perceived as something only for geeks or people wanting to make a statement.

With my reservations now out of the way, what of the phone itself? Because, at the end of the day, it’s still an impressive device despite the above mentioned issues.

There are undoubtedly a number of elements to make me want to get this into my hands and play around with.

For one, it’s great that OnePlus didn’t jump on the QHD bandwagon, keeping the 5.5-inch display at a perfectly good Full HD resolution (1080×1920 pixels). With 600nits of brightness, it should also perform exceptionally in the midday sun.

A large, bright, screen will put a lot of strain on the battery, so a 3,300mAh battery is another welcome addition. Not quite as high capacity as the Honor 6 Plus, but still far superior to the devices on offer from rivals like Samsung and LG.

On the back of the phone is a 13-megapixel camera with Optical Image Stabiliser, laser autofocus and a dual-LED. The camera also has six lenses to reduce distortion and colour aberration. On the front is a 5-megapixel camera for selfies. 4K video recording is supported, plus 120fps slow motion in HD (720p).

There’s a fingerprint sensor built into the soft-touch home button, and customisable soft keys on either side. A physical ‘Alert Switch’ on the side to adjust notification profiles is another nice touch (perhaps something rivals might copy in due course?), although it makes me wonder why we couldn’t have seen a two-stage camera button on the other side.

Charging is going to be a lot easier with the new dual-reversible USB-C connector that means you no longer have to play around finding the right orientation to plug the charging lead in. At the other end, it’s going to be just as easy thanks to the patented reversible USB-A connector.

There’s no wireless charging support and, thus far, it’s not clear if the phone supports Qualcomm’s Quick Charge 2.0 standard to allow for even faster charging at 9 or 12V. Some people are saying it will, which will be another fantastic feature if true.

The OnePlus 2 will come pre-loaded with a dedicated audio tuner app, and the awesome SwiftKey keyboard, while the Oxygen OS (sitting on top of Android 5.1) introduces support for gestures, customisation, optional dark mode UI, a range of app permissions, plus a beta of ‘Shelf’ which gives you access to your most used apps or contacts.

Hardware wise, in addition to Snapdragon 810, the OnePlus 2 also comes with 4GB of RAM, dual-SIM support (but there’s no memory card slot), dual-band Wi-Fi with 802.11ac, and Bluetooth 4.1.

Finally, the build of the OnePlus 2 itself also deserves a mention, using premium materials like a aluminium/magnesium alloy frame and stainless steel accents.

Overall, the OnePlus 2 can call itself a game changer, at least because it is offering an incredible (on paper) performance for very little money. As someone who always preaches about buying SIM-free phones and going on SIM-only contracts, this sits very well with me.

The lack of NFC could be a real annoyance as and when Google Pay launches, although the phone is just about affordable enough that it won’t seem like a major hardship to change to something else if it becomes too much, assuming there’s anything else on sale for the same sort of money by then.

I can’t stop worrying about the decision to use Snapdragon 810, but if the engineers have managed to get it under control and keep things cool, all things considered, the OnePlus 2 will have achieved its aim to get a top-spec phone on the market at a price that can’t be rivalled by anyone else. Yet.

I’m sure the likes of Huawei/Honor, ZTE, Lenovo, Acer, Asus, and others will be looking on attentively, and may well have something up their respective sleeves, but for now OnePlus should be proud of what it’s achieved and be happy that people, at least in the short term, are going crazy to try and get one.