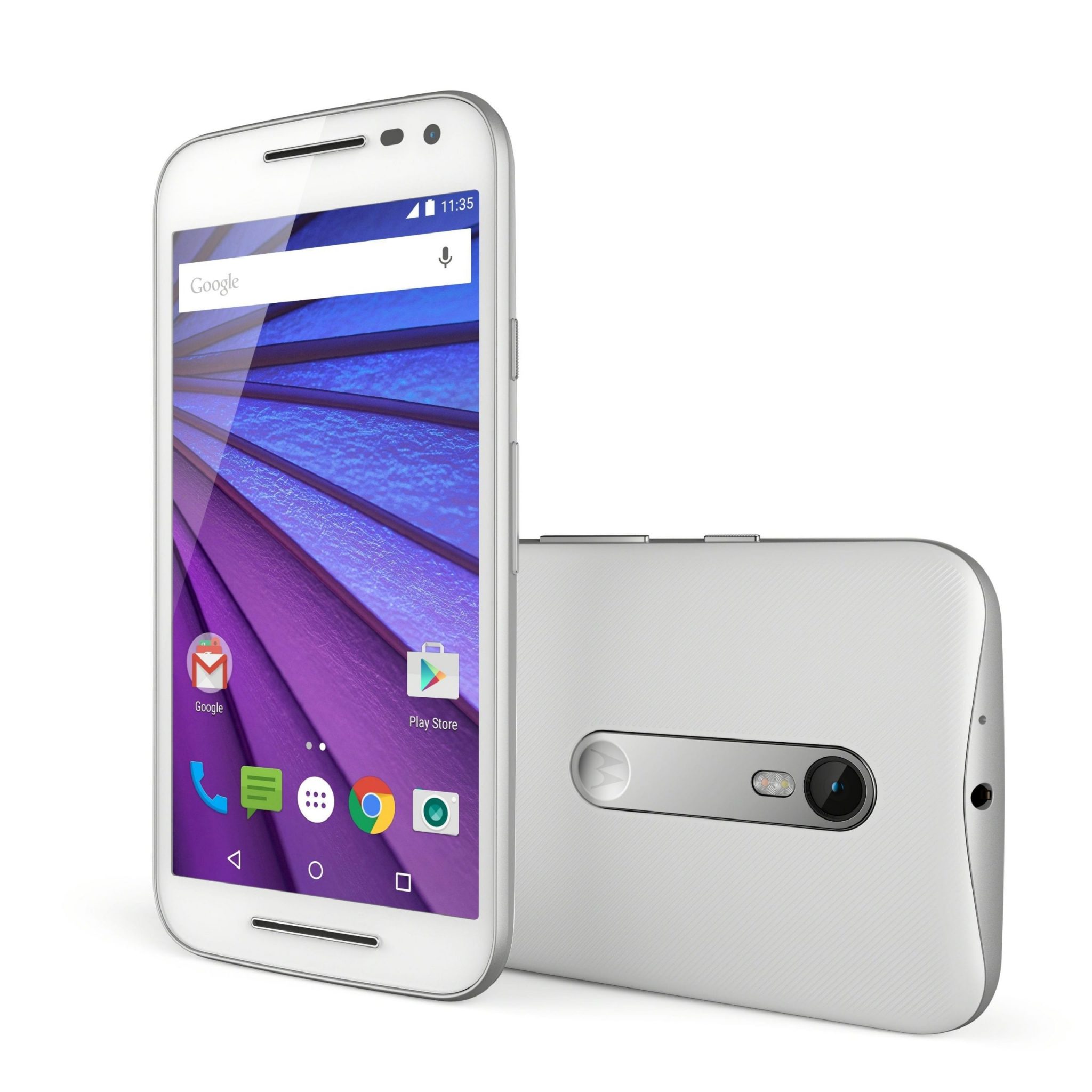 Along with the Moto E, Motorola has been dominating the low-end of the market for some time with some great value, well performing, smartphones.

However, after a number of updates since the original model launched in late 2013, it did appear that Motorola was going to have to eventually do something about the hardware as things were starting to look a little stale.

Motorola used the event today to say that the phone to beat the Moto G was.. yup, the new Moto G.

Every single Moto G used the same Snapdragon 400 chipset, which eventually ended up being overshadowed by the performance of the 4G enabled Moto E.

Something surely wasn’t right when that happened, but now that’s all been addressed with a switch to Snapdragon 410, plus the addition of a 13-megapixel camera and dual-tone LED flash, 2GB of RAM (on the 16GB model – an 8GB model is also available with just 1GB of RAM), plus an IPx7 rating that will let you dunk the phone into one metre of clean water for up to 30 minutes.

All in all, it might not seem like a massive advance (there’s still only 2.4GHz Wi-FI support, for example), but the Moto G is a phone that sits at the lower end of the market and offers an exceptional experience for the money, with prices starting at £179 (but now on sale from Clove at just £160) for the 8GB model and £209 for the 16GB model.

This time around LTE/4G support is standard, but there may well be a dual-SIM version in the pipeline too.

The Moto G 2015 edition goes on sale tomorrow, in a choice of black or white – and further customisation possible via the Moto Maker service. Three will be offering customers the chance to customise their phone in-store.

At the launch event, I was given a Moto G to take away so will have some first impressions in the next few days, but having had a chance to play briefly with it at the launch event – it’s every bit as snappy as the Moto G has ever been.

Hopefully Motorola has done enough to get the phone back up to the top of the budget tree, especially after I recently rated the Honor 4X as taking that, erm, honour. The only concern, if any, is that the price keeps creeping upwards. 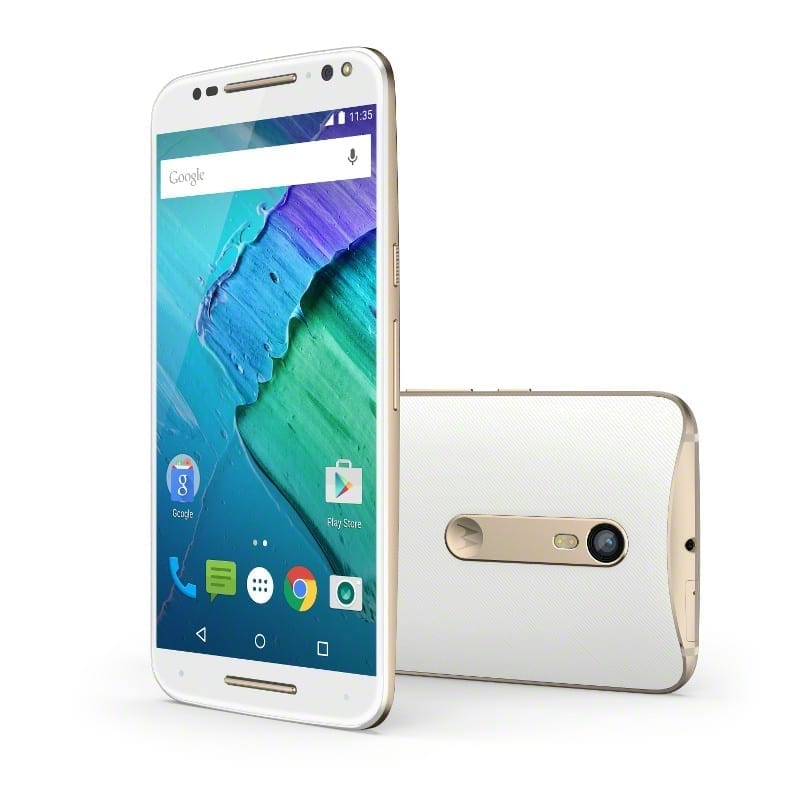 Last year’s Moto X (2014 edition) was a great phone, especially with the flexibility of the customisation options available, but the phone perhaps slipped by the wayside a little – especially when it was effectively bettered in every way by the Nexus 6 variant made for Google, which added a QHD screen, wireless charging and a superior Snapdragon 805 chipset.

This time around, Motorola has given the new Moto X the specs it deserves, including the use of Snapdragon 808 (six-core) instead of the red-hot 810, that has caused various issues for just about every device using it (including LG’s G Flex2, Sony’s Z3+/Z4, HTC’s One M9.. the list goes on).

There’s also 3GB of RAM, a choice of 32GB and 64GB internal storage, and this time a memory card slot good for adding up to 200GB more. A 3,000mAh battery keeps everything ticking along.

The phone also gets an 5.7-inch edge-to-edge QHD display, but the even bigger improvement is the inclusion of a 21-megapixel camera on the rear, which Motorola stated is part of a drive to make 2015 the year that Motorola is seen as serious about camera quality.

Having been shown a number of photos with comparisons to the iPhone 6 and the Galaxy S6 (sadly, I was unable to get copies of these for closer scrutiny), it certainly seems that the camera on the Moto X Style could well live up to the high expectations Motorola has created. Indeed, I’m really looking forward to being able to test it against the Galaxy S6 and LG G4 once review samples are made available.

On the front, an LED flash next to a five-megapixel snapper will take low-light selfies to a whole new level, and this will no doubt feature heavily in marketing nearer release time.

Given battery life is an important feature of any new phone, Motorola also demonstrated the Moto X Style supports the very latest, and fastest, quick charging on any phone sold today – beating the Samsung Galaxy S6 by 50%. Motorola states that a 10 minute charge is good for adding ten hours of battery life.

As before, Moto Maker is the ideal way to get a Moto X Style exactly how you want it, with a range of finishes including a new silicon soft-touch backing to accompany the current choices of leather and wood, but the phone won’t be on sale until September so more details will come between now and its release date, including pricing that is likely to be around the £400 mark. 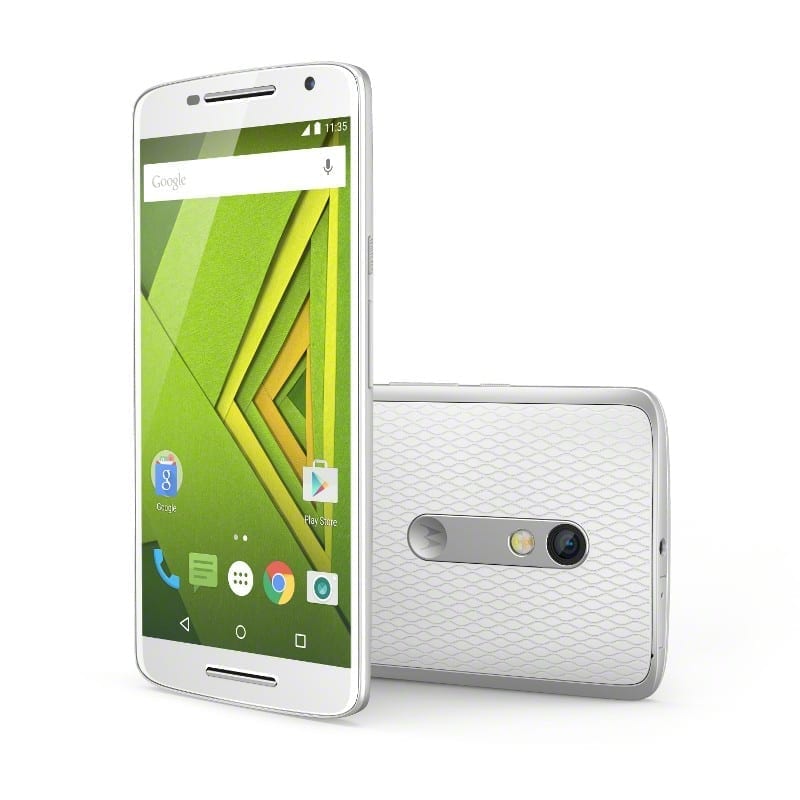 Finally, the third device launched came in the form of the ‘sportier’ variant, which will be the cheaper model in the Moto X range (prices starting at £299 when it goes on sale in late August) and also customisable via Moto Maker when ordered online.

Still packing the impressive 21MP of its bigger brother, the Moto X Play drops the specs slightly with a octo-core Snapdragon 615 SoC, 2GB of RAM, and a smaller 5.5-inch Full HD display.

However, with a mighty 3,630mAH battery, the Play should totally smash the standby time of the Moto X Style. This battery tops even the Honor 6 Plus, and should make the Play a first choice for anyone that needs a phone that is almost guaranteed to last a long day – without having to tread carefully when it comes to usage.

The Moto X Play also comes with a choice of 16GB or 32GB of internal storage, plus a card slot for up to 200GB more.

Like the Moto X Style, I hope to have a device to test out in more depth in the next few weeks.