When Apple announced the impressive iPad Pro yesterday, and the brand new iPhone 6s and 6s plus, I was quite shocked that Apple still thinks that 16GB (iPhone) or 32GB (iPad Pro) is sufficient storage.

With no way to further add storage, you could make a very costly mistake by buying the entry level model of either device. Cloud access is all very good if you can be sure of having good, fast, connectivity wherever you go, but that’s not the reality for most of us yet.

It’s also little use when you’re on a long flight and wanting access to loads of previously downloaded content.

The same applies to Samsung, which thought in 2015 that people would gladly pay huge premiums to get a decent level of storage. Disappointing sales are almost certainly partly down to this rather silly decision.

Of course, I suspect the entry level Apple devices only exist in tiny quantities to provide a low ‘headline’ price, and Apple is fully aware that everyone will trade up to the next in line. You’d be mad not to, which further bumps up the price of these flagship products.

Frankly, I’d sooner have a large memory card in my device and have the freedom to choose even after I’ve bought the hardware. As well as having the freedom to move the card to the next device I buy, without paying the huge premium again – and again and again.

No memory card is currently larger than SanDisk’s 200GB memory card, which came out earlier this year and initially went on sale for over £200. I decided to bite when it approached £100, which happened this week.

Thanks to a special deal on Amazon earlier this week, the card was down to £108.99 with Prime delivery. Close enough to my target, I took the plunge and here it is. It’s currently back to £125.30 (as of 10th September 2015), but keep a look out as there are bound to be future lightning deals on it. 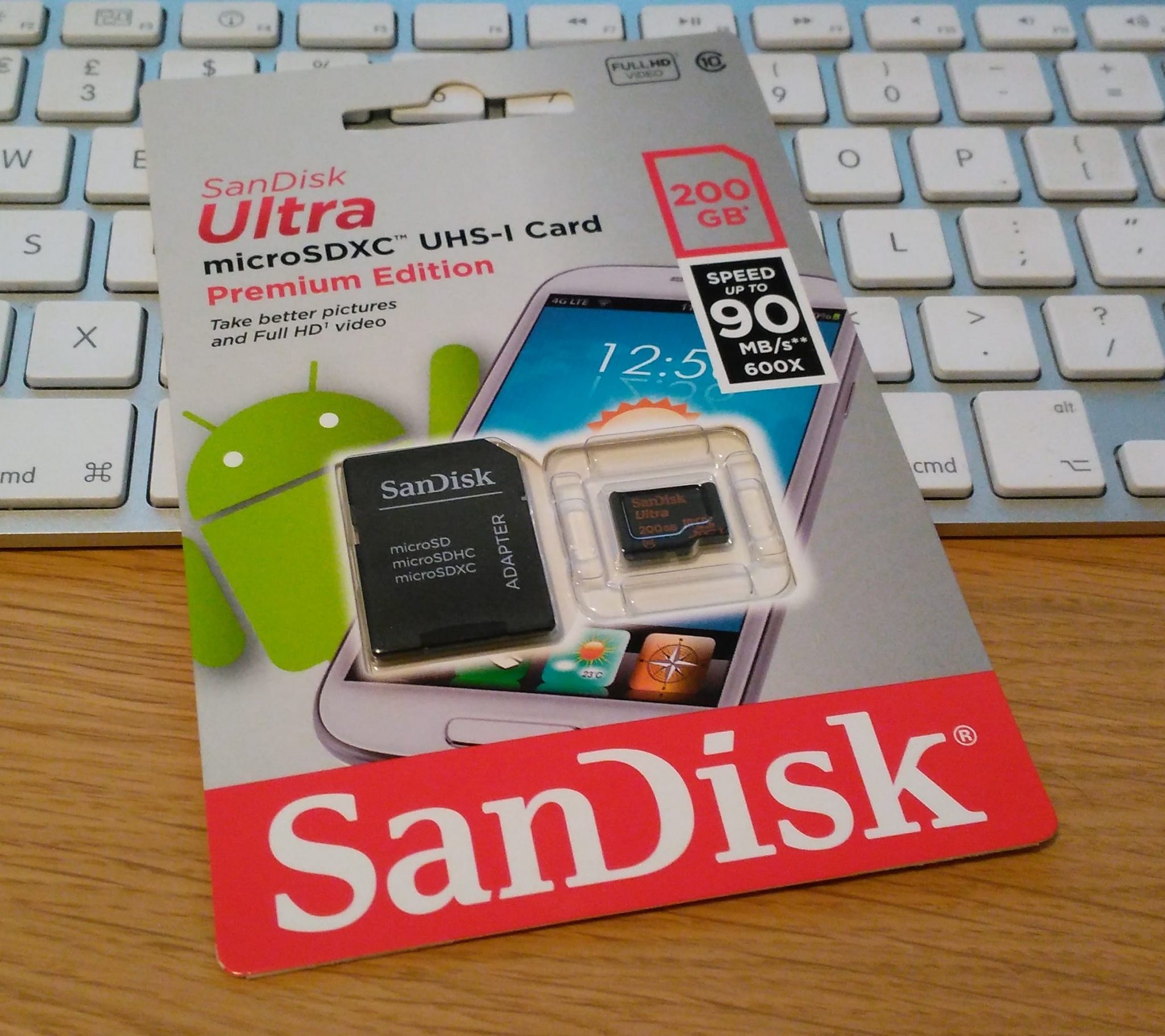 Just about every mid to high-end smartphone with a memory card slot is compatible with the microSDXC format today, so if it can already take a 64 or 128GB memory card then you’ll be good to go with this baby.

That includes the LG G3 and G4, the HTC One M8 and M9, every Sony Xperia device, last year’s Samsung Galaxy S5 and Note 4… and the list goes on, especially when you start looking at tablets running Android and also Windows.

But some of the more entry level devices, many that quote a maximum capacity of 32GB, turn out to accept microSDXC cards too. This is something you may not have expected.

Indeed, the Moto G and Wileyfox Swift are two examples of phones that will snap up the 200GB card and give you a formatted capacity of 183.3GB. That’s on top of whatever internal storage your device also comes with.

Installation on the Wileyfox Swift 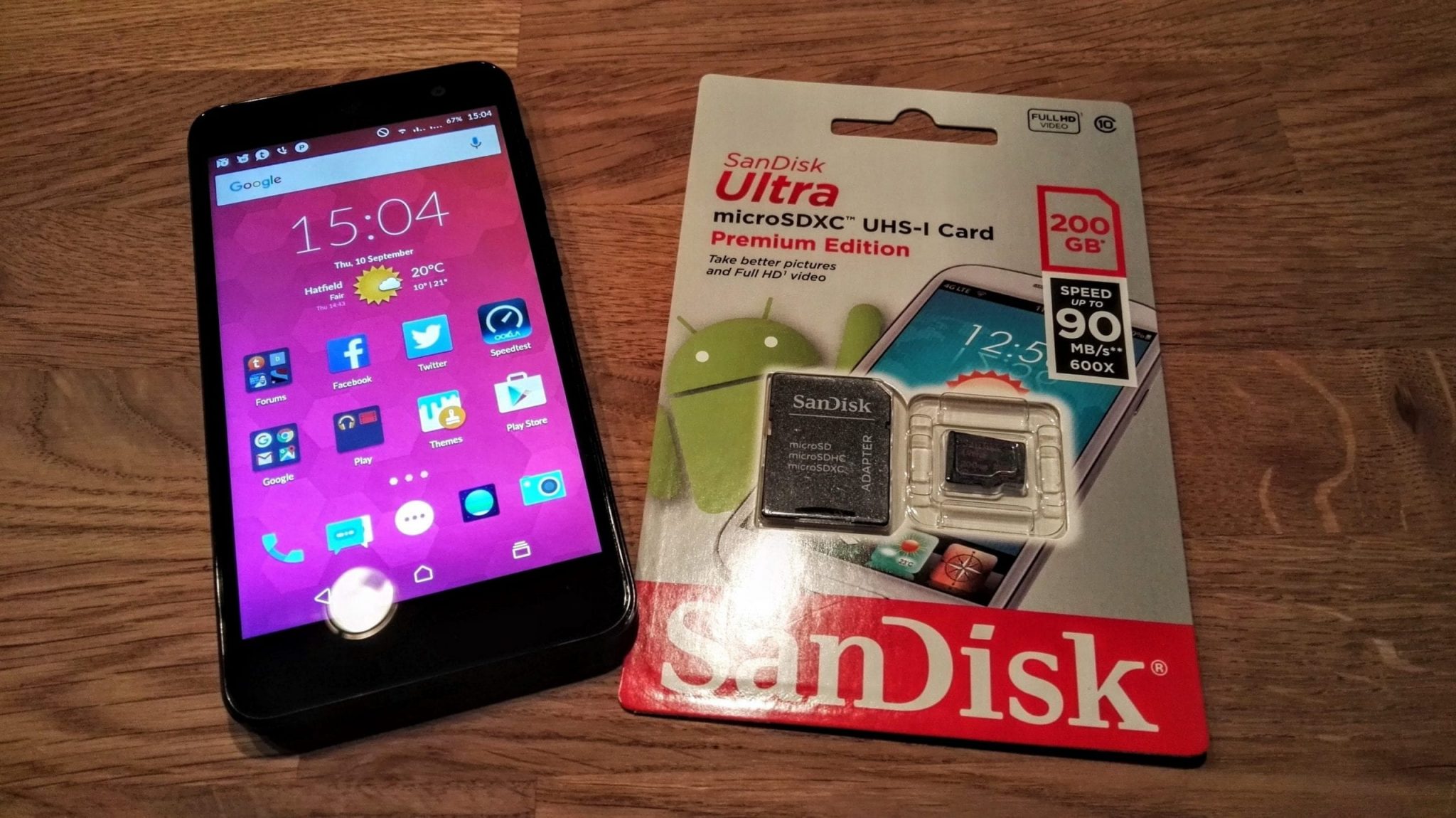 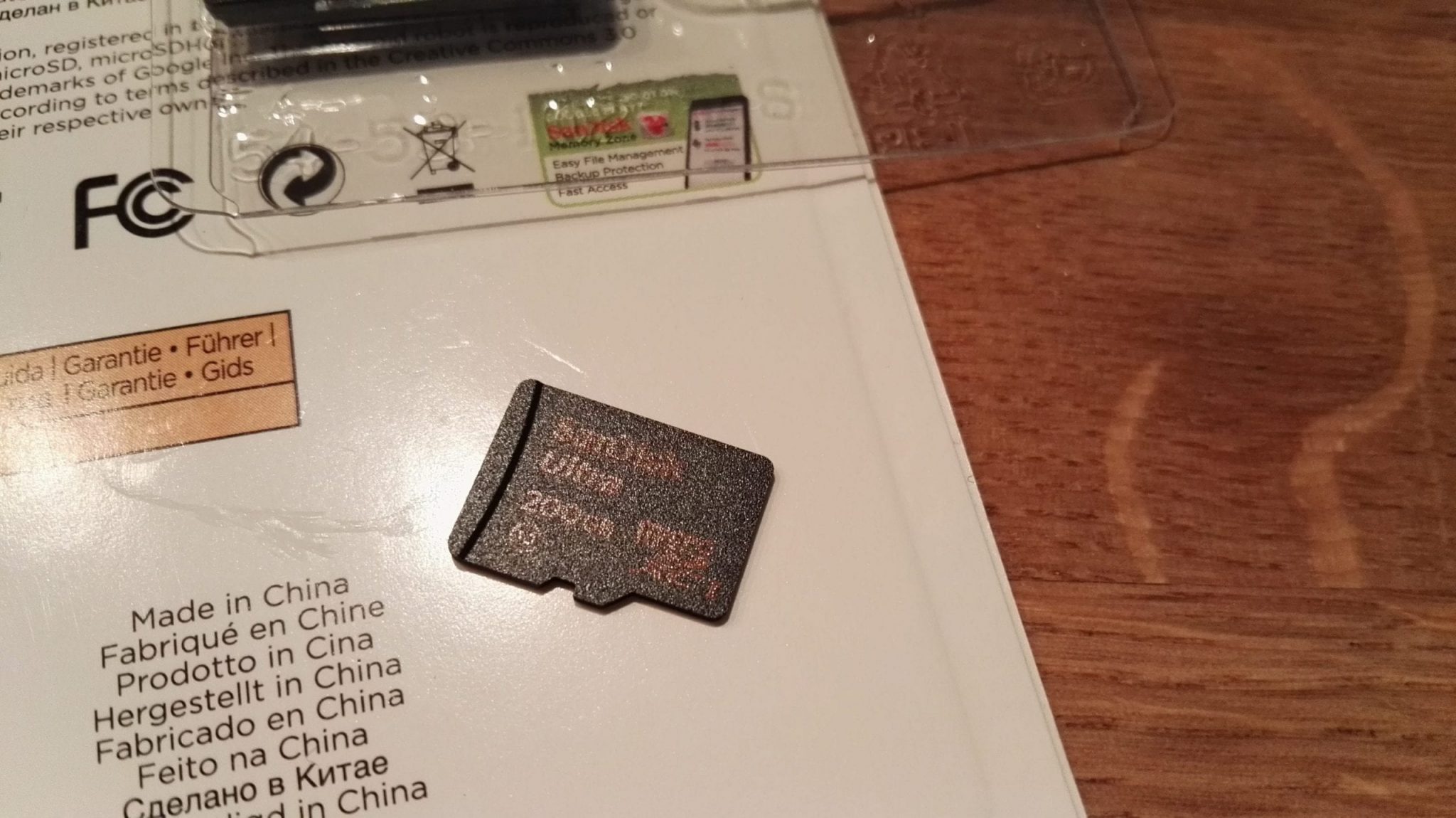 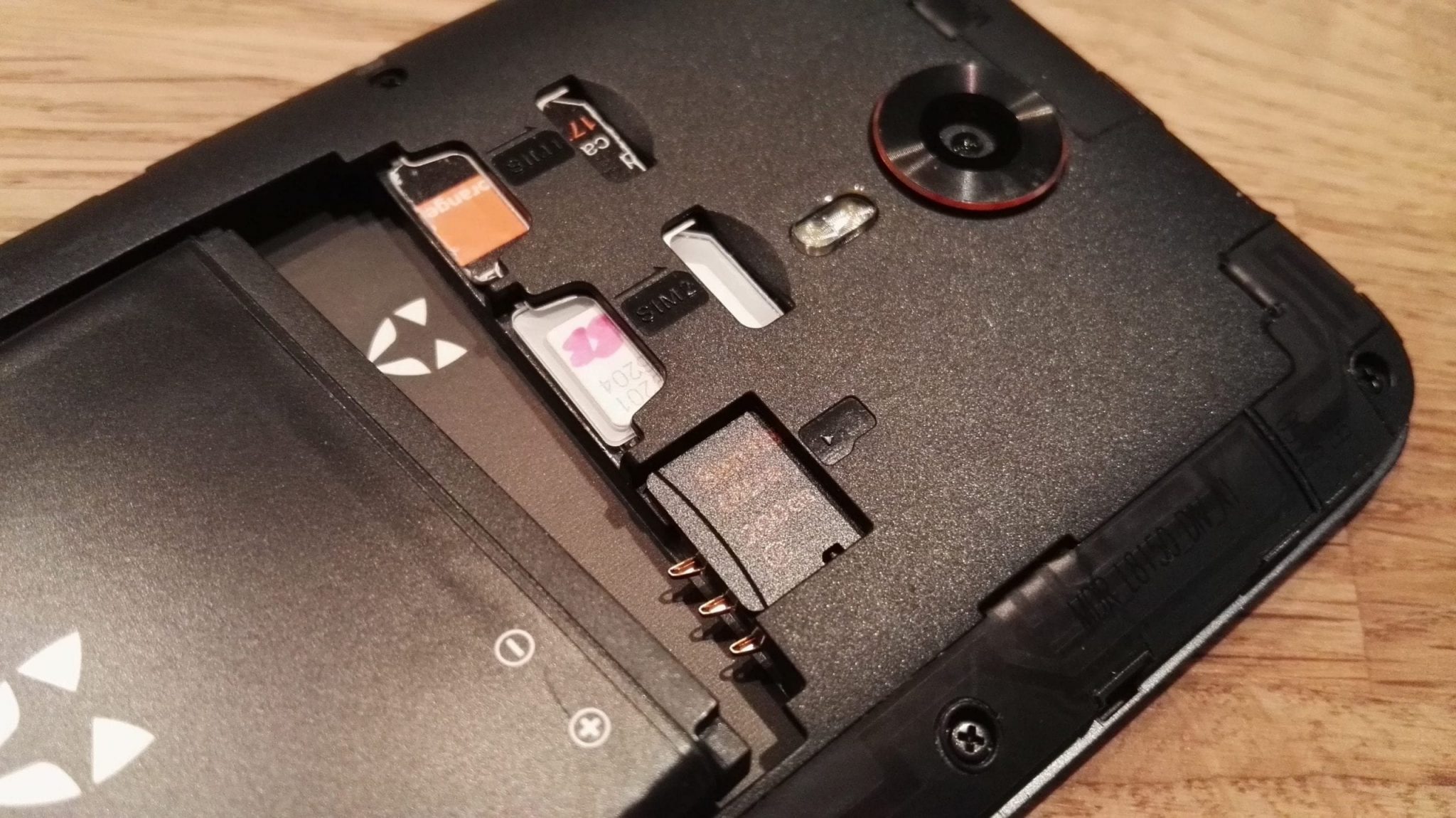 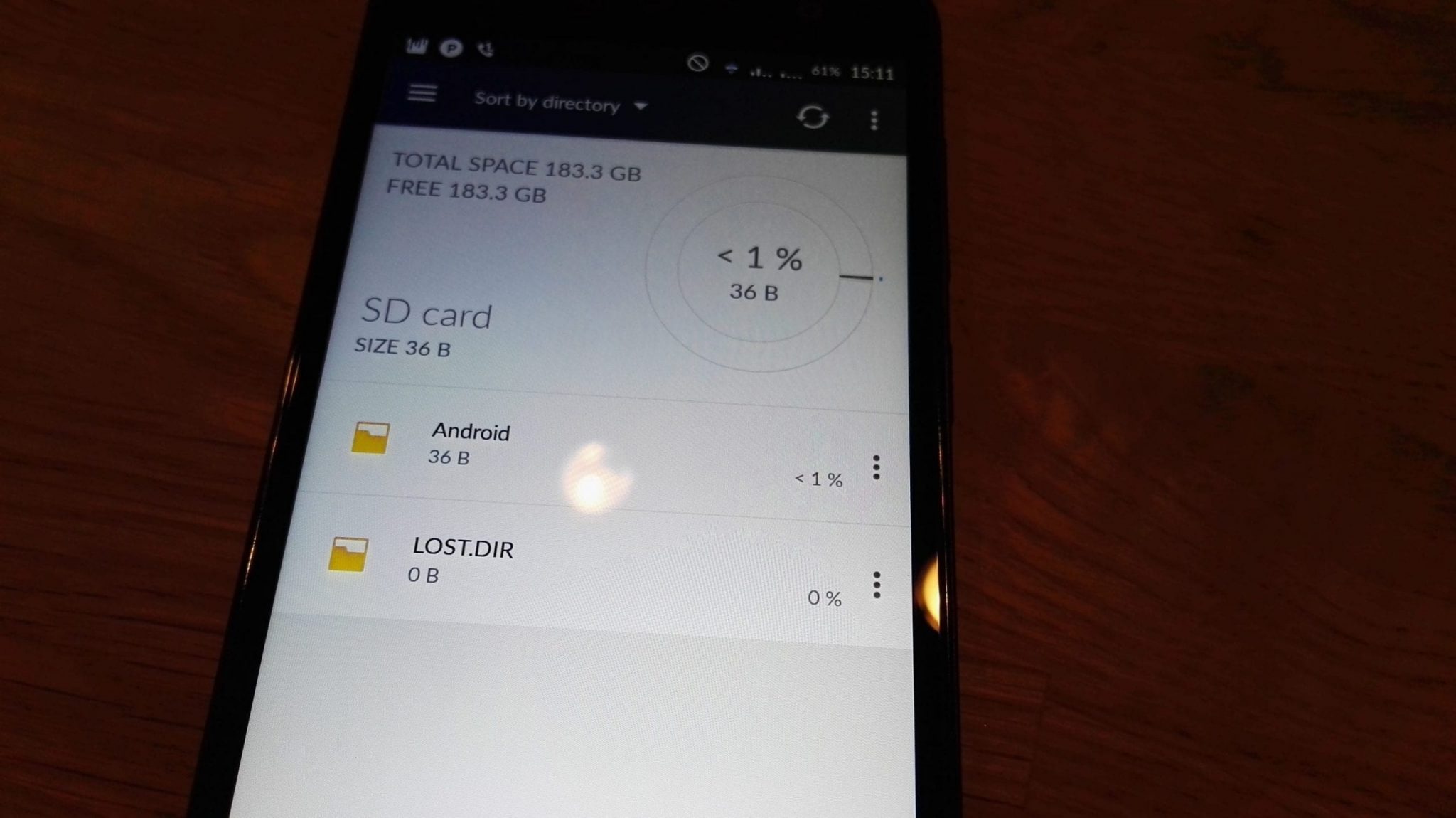 When you look at the packaging, and even more so the card itself, you do wonder how such a small bit of plastic can cost so much, but here’s a £129 phone that for an extra £109 has given me 216GB of (unformatted) storage. Think about it, that’s a total of £238 for something I can cram full of music, video and photos – all available for offline access anywhere in the world.

That same card can be swapped and changed between other devices, used with the supplied SD card adapter, or put in a USB 3 adapter for transfer speeds of up to 90MB/s.

Better still, while the likes of Apple and Samsung are pushing up prices, memory cards are only going to get cheaper. By the end of the year, you can expect the standard price for this card to have dropped below £100, and 128GB cards (which are still ample for most) will probably be down to £40-45.

All of this is food for thought before you go out and spend a fortune on a shiny new device that comes without a card slot.

One argument is that internal storage space is faster, but does that make a noticeable difference in day to day usage? Another is that some Android devices don’t manage SD cards very well, especially when it comes to installing apps and games on them.

Android M should address the storage problem, but most phones will let you install the majority of apps and data on an SD card, and even if they don’t, the main reason for buying a larger card is for storing media.

For me, it’s memory cards FTW! But what do you think?