Followers of my blog, as well as people who read my Tweets and posts on forums, will know I now write a lot about affordable phones. By that I mean smartphones that don’t compromise the user experience compared to more expensive models elsewhere.

Today, I’m writing about the Honor 5X from the launch event in Munich, Germany. It’s the latest phone to be released by Huawei’s sub-brand, which has released a number of fantastic phones since coming to Europe at the end of 2014.

The Honor 5X is technically a low-end model in Honor’s portfolio, but you shouldn’t take that to form an assumption that it scrimps on features.

In addition to a high-quality metal build, which mimics the same quality production standards as offered on a multitude of Honor and Huawei phones released over the last year or so, it comes with a large 5.5-inch Full HD display, fingerprint security, Qualcomm Snapdragon 615 Octo-Core CPU, two SIM card slots and a separate memory card expansion (so there’s no need to decide between the second SIM or more storage).

Although at the time of writing I am still to see the phone in the flesh (I will have a hands-on look later), the specs on paper suggest it shouldn’t feel substantially inferior to far more expensive phones from the likes of Samsung, LG, Sony, and HTC.

It ships with Android Lollipop and EMUI 3.1, but should get an update to Marshmallow (and EMUI 4.0) fairly soon. Android 6 has been in beta testing for selected Honor 7 users since the end of last year, and should be rolled out in February if all goes well. It’s safe to assume that the Honor 5X will therefore get its update not long afterwards. 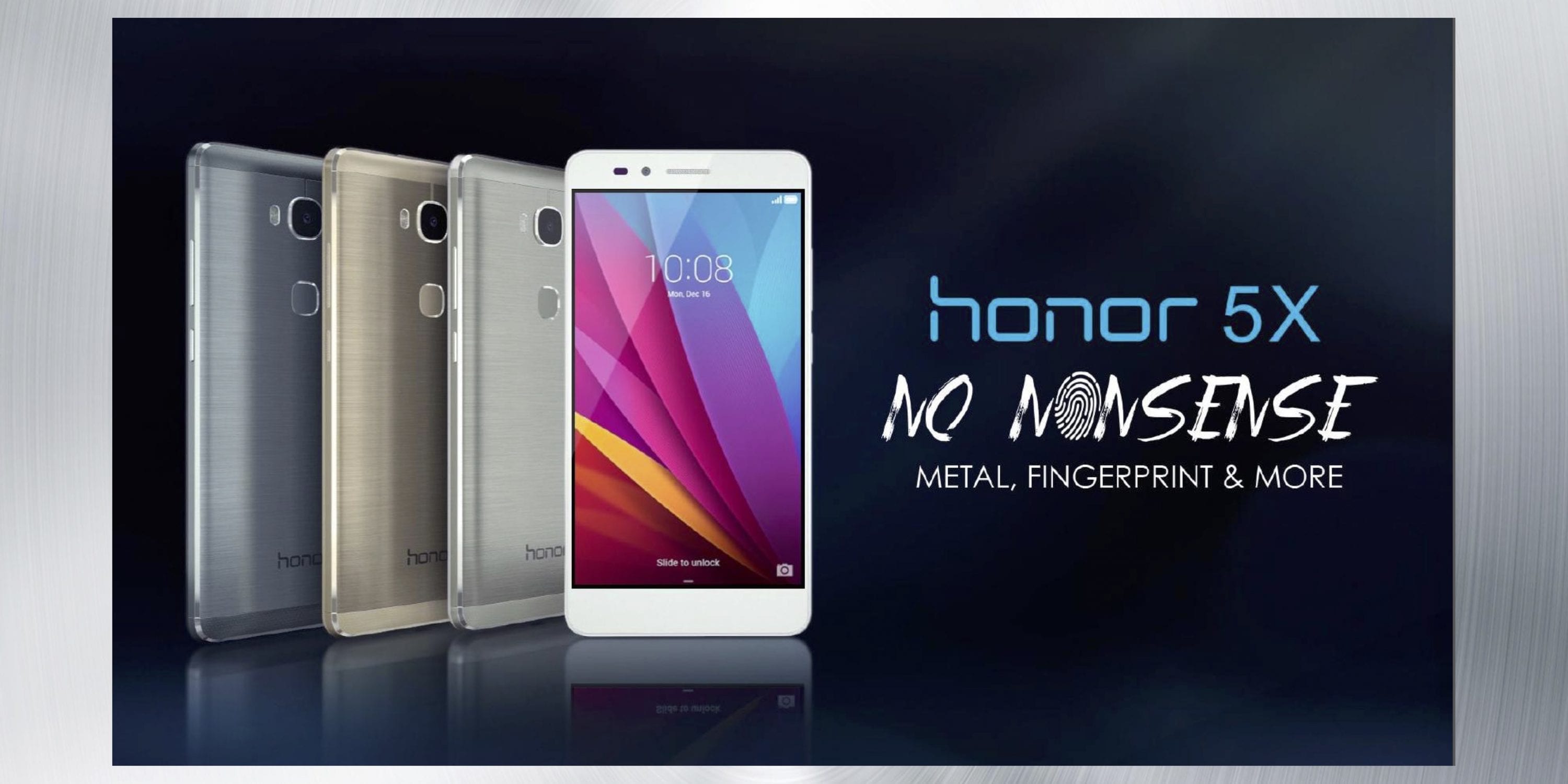 It’s not that I’m against high-end phones at all, and the forthcoming Samsung Galaxy S7 and LG G5 each sound like they’ll be incredible in their own right (especially now Samsung has put a card slot back in, and increased battery capacity) but not everyone wants, or needs, to shell out £500 or more on a new phone, or lumber themselves with a £50 or £60 phone bill each month.

Three, which has once again secured a network exclusive on the Honor 5X, will be selling the phone on tariffs starting at £13 per month.

People are of course free to choose (and Honor has the Honor 7 for those wanting an even higher performance), but I want more people to realise that cheaper phones are no longer devices you can assume will be more akin to the EE Rook than a genuine alternative to a phone costing twice as much.

What many people want is a phone that costs as little as possible but still looks good, lasts a full day at the very least, comes with a decent display and audio, and can take quality photographs and video to share.

It should also be responsive, so not lagging when interacting with the user interface, or feeling like it’s going to break if you drop it.

On paper, the Honor 5X looks like a worthy phone for consideration in what is now becoming an increasingly competitive market. We’ve perhaps never had it so good!

From a pre-brief presentation, Honor has singled out some of the benefits of the Honor 5X:

If there’s one thing that is notable by its absence, it’s the lack of NFC. Not that European customers buying the Honor 7 got this feature either. It’s worth remembering if you were hoping to be able to use Android Pay though, if and when the service actually launches in the UK – or anywhere else in Europe.

As the new kid on the block, you’ll no doubt be wondering how the Honor 5X compares with the Honor 7. The key differences, besides the obvious screen size difference, comes in the form of a different camera and chipset.

For comparison purposes, you can compare the differences below. In the near future, I hope I’ll be able to put both phones against each other for a series of real-world comparison tests, including benchmarking each phone, checking the battery life, and seeing how the cameras perform in the same places.

Some readers may already have seen a similarity in specs to that of the ZTE-manufactured Vodafone Smart Ultra 6, which is now available for £115 (albeit locked to Vodafone), and that would be a fair comparison.

The main differences are the higher grade materials, Snapdragon 616 over 615, a fingerprint sensor, dual SIM support, plus a different camera image sensor (but the same overall resolution). Naturally when I get a unit to review I’ll be able to check out the differences properly. 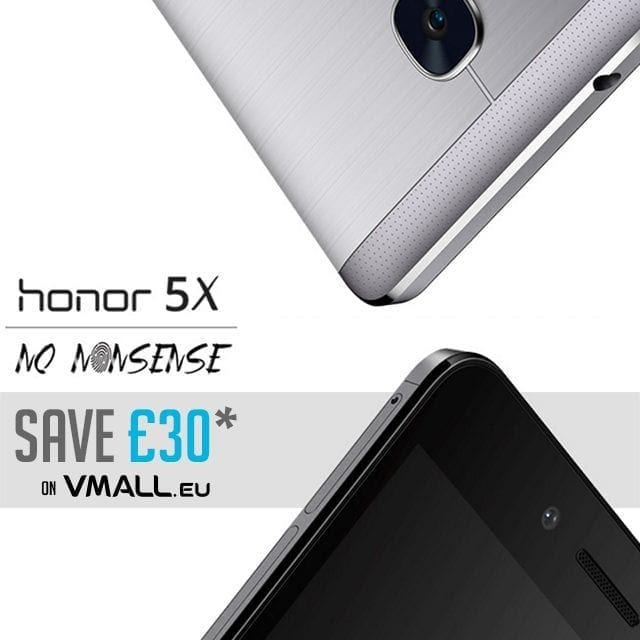 The Honor 5X is available for sale from today at £189.99. Early adopters can however enjoy an extra bonus in the form of £20 off the purchase price, plus £10 credit for future purchases. This is available exclusively from Honor’s VMall online store.

In addition, the Honor 5X will soon go on sale in the UK on Three, both in store and online. You can watch Three’s Honor 5X promotional video to find out more about availability and pricing.