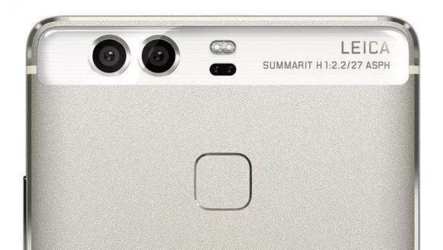 Later today, from 2pm onwards UK time, Huawei will unveil its latest flagship phone. Or should I say phones, as the P9 is likely to form a family of phones – with varying specs and sizes.

Thus far, various details have leaked but often with contradictory data. This may be down to the fact that there could be a small, normal, pro and max model – similar to the range that was launched last year with the P8.

I’ll be at the launch event this afternoon, and I will be available on Twitter to take your questions about the new phones – in particular the ‘normal’ P9 that should come with a 5.1 or 5.2-inch full HD display, and powered by Huawei’s own Kirin 950 or 955 SoC.

Unlike last year’s P8, it seems certain the P9 will improve on the disappointing Wi-Fi support (2.4GHz 802.11mn only) in favour of dual-band Wi-Fi with 802.11ac, but it’s not clear if it will ‘only’ support Cat 6 4G or higher categories for future high-speed 4G services, such as the 600Mbps speeds currently on test by EE.

The big new feature that is in no doubt, however, will be the dual-camera set up, as well as it being the first phone to reveal Huawei’s recent tie-up with Leica to boost credibility, and hopefully quality.

The cameras are rumoured to be two individual 12-megapixel image sensors, which follows from Huawei’s earlier dual-camera phone, the Honor branded Honor 6 Plus. This time around, it is possible that there is some more clever tech going on – as hinted in some pre-event photos on social media. (One such photo also hinted that perhaps this time around the P9 might also be waterproof, but who knows?)

This could include taking a photo at different exposure levels on each sensor to take better photos in scenes with wildly varying lighting conditions. Sort of like HDR mode but in real-time. You can also expect other features like bokeh, and possibly the use of each sensor to produce better low-light photos (a feature that the Honor 6 Plus had, which worked extremely well – especially using Huawei’s excellent Super Night Mode).

Of course, I won’t know the full details until the event kicks off, so please keep an eye on my Tweets and then back here later for my first impressions of the device that I should be getting after the event. This will then enable me to start on the obligatory photo galleries in the coming days, and my full review after that.