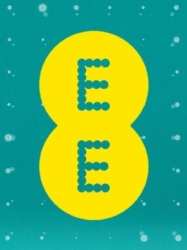 As those letters to Three customers on older tariffs continue to land on doormats up and down the country, it’s the turn of EE to offer a deal that could offer an alternative to phoning up and haggling for a discount. (This follows the amazing deal that Vodafone advertised primarily to Three users last month).

Given the roll-out of VoLTE and 800MHz is rapidly progressing, with users already able to access both (with the right handset) during testing, EE is likely to leap far ahead of rivals when both services are formally announced shortly.

Earlier this year, EE adjusted its plans and included EU calling and texting on many of them. The flagship SIM-only plan was the 16GB one, at £34.99 per month, discounted for the first three months only.

That wasn’t a particularly great deal, but now EE is doing a much better offer. On the 12 month plan, you will now pay just £19.99 a month – as long as you sign up before April 14th before it reverts back to the original price (unless extended, of course).

The website doesn’t mention anything about the price reverting to £34.99 after the initial 12 month term is up, but when I asked in a EE store I was told it will. Hopefully they were misinformed, but I have asked EE to confirm and will update this post when I hear.

But even if the discount does only run for a year (just as it did on the Vodafone £20/20GB offer), it shouldn’t be too hard to phone up and change to whatever new deal is on offer by then. Chances are the data allowance will have increased by then, or the £34.99 rate will have fallen anyway.

Edit: I’ve just been told that existing EE customers can get this deal for just £16.49 a month