But this isn’t about that, but rather a look at what options you have available when roaming in Europe today. In some cases, I’ve briefly mentioned deals on offer for roaming outside of Europe too.

Your data usage needs could well decide what network is best to be with, so if you’re looking to sign up on a new contract – or considering a change – I hope this guide will be useful.

Rather than just list the costs, I’ve added the pros and cons of each as I see them. If you spot some glaring error or I’ve missed anything out, please let me know in the comments below.

If you appreciate the guide, and want me to do regular updates, please share this guide so I know it’s worthwhile.

Feel at Home has earned Three a strong reputation for caring about its customers, and for all my moans over the last year or so, it can’t be denied that for many people it is a fantastic offering that can potentially save a LOT of money.

Feel at Home offers ‘unlimited’ data in many EU countries, and also has the benefit of working beyond Europe in places like the USA and Australia too – although of late, it seems Three has stopped adding new destinations.

In theory it should feel just like being at home, hence the name, but in practice Three has imposed restrictions to stop you from taking full advantage, and with a 12GB limit per month it can’t really claim to offer unlimited data either.

Feel at Home, and roaming in general, is limited to 3G. Despite what speed tests might show, file transfers will usually be slowed down, and video streaming is off the menu completely.

Users travelling to an EU country that isn’t part of Feel at Home must pay £5 for daily access (if not wishing to pay per megabyte) and yet still have to accept the same restrictions, making it somewhat less of a good deal if you’re going to somewhere like Germany.

What’s worse is that when you purchase a £5 Euro Internet Pass, you’re not told about the restrictions until after you’ve paid.

UPDATE: Mobile News (the mobile industry trade newspaper) has recently published a story of an industry event where Three admitted it throttles data (like we didn’t know!) and considers Feel at Home as a holiday service. It is now considering offering unrestricted data in the future, for a fee. No more details are available as yet, but as soon as I hear more I will of course publish here. 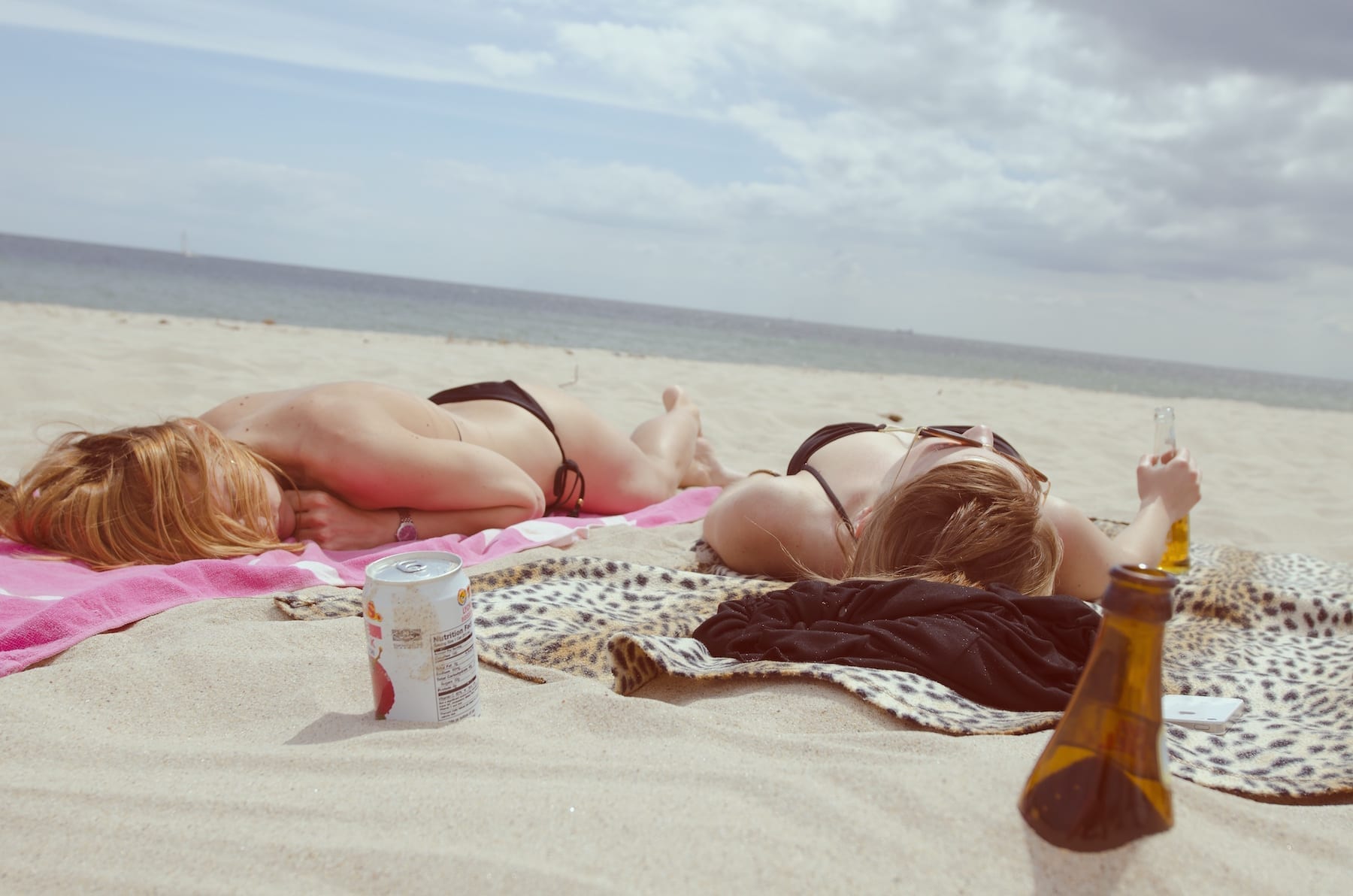 See how Three blocks streaming, unless you attempt to bypass things with the use of a VPN. If you’re roaming on Three, download the nPerf app and test it out for yourself: nPerf for Android & nPerf for iOS

For some time, Vodafone has offered EuroTraveller and WorldTraveller add-ons, which charge £3 and £5 a day respectively, giving access to your existing data allowance.

For users on a high plan, like the 20GB plan, that’s a lot of data available. Plus it’s without any speed restrictions or service blocking, meaning it is perhaps more deserving of the ‘feel at home’ name.

For users with a low data allowance, or who may have already consumed a lot of it before travelling and have little left, it may not work out to be quite as good an offering.

Both add-ons can be activated free of charge at any time, and you only get charged when you use data abroad.

UPDATE May 5th 2016: Vodafone is now offering a separate bundle of data for use in Europe, replacing the EuroTraveller scheme (which remains for existing users but will be phased out completely in the future).

Customers on new plans from May 5th onwards will no longer pay £3 a day for access to data, but will also be capped when reaching the bundled limit. WorldTraveller continues to be offered for users outside of Europe. More information here. 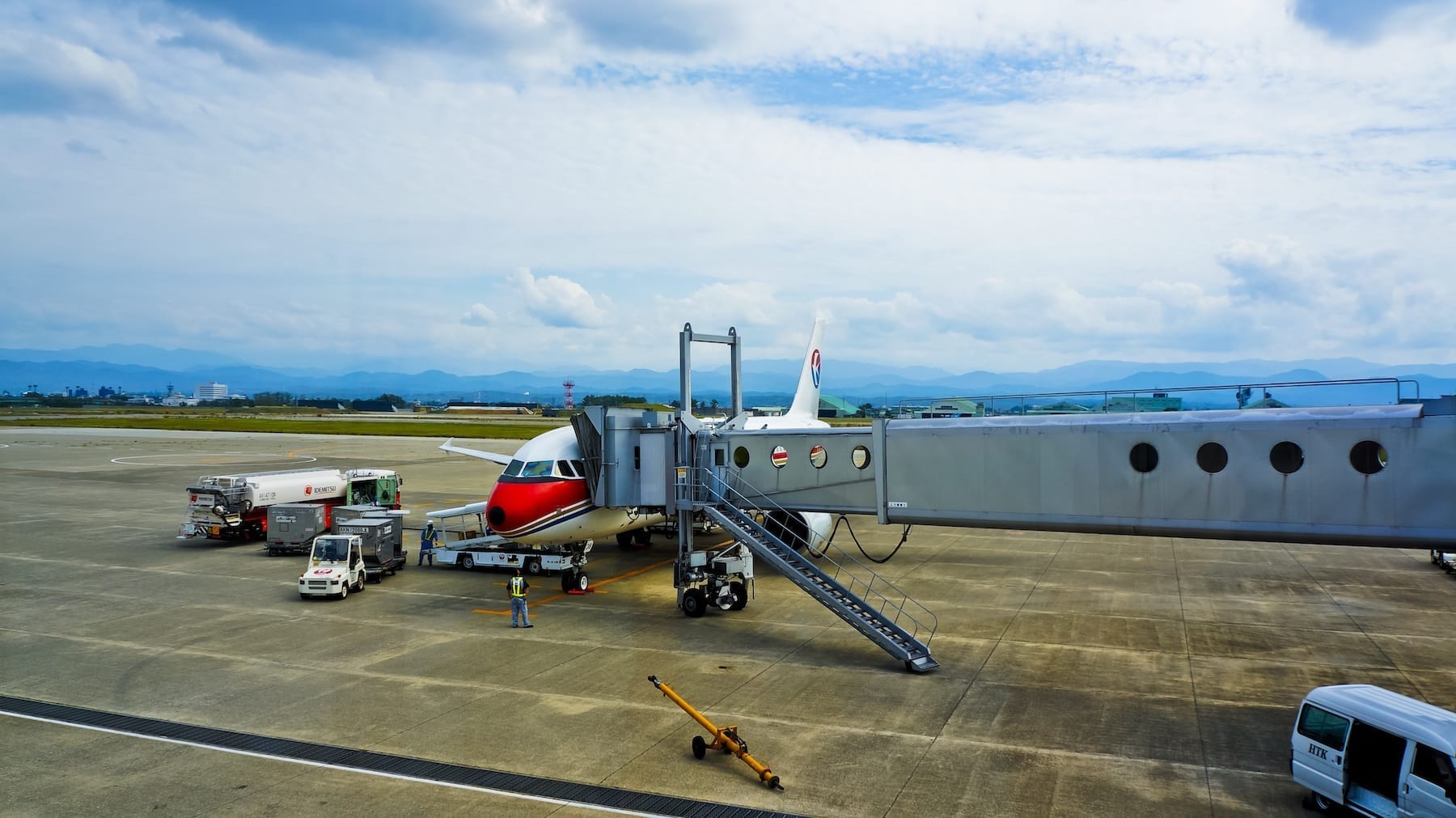 With the latest 4G Extra plans on offer from EE, EU calling has been added which, like Three, allows calls and texts back to the UK – but also within Europe too.

And for an extra £3 users can purchase a Euro Data Pass, giving 24 hours (midnight to midnight UK time) of data, consisting of 500MB at full-speed (with 4G access in most cases).

Users on older/lower plans without the EU calls/texts can buy a Euro Pass with calls, texts and 500MB data for £4 per day.

When you run out of data you will have data blocked completely, so there’s no way to incur any unexpected charges.

Both add-ons can be activated free of charge at any time, and you only get charged when you use data abroad.

The following text was written before the recent changes, and applies to Vodafone users on plans before May 5th 2016. From May 5th onwards, Vodafone users in Europe will have a fixed allowance of data included at no extra cost.

Some people may find it more beneficial on EE than being on Vodafone, given the fact that the 500MB of data will not come from your UK data allowance, effectively allowing up to about 15GB a month on top of whatever data you currently have at home.

Although you can’t use, say, 20GB of data in a single day as you theoretically could on Vodafone, you still get access to a lot of data on a short break or holiday, with it being easy to budget for in advance.

EE offers other data add-ons if you need more data, otherwise all data will be blocked until the next day when another pass will automatically be activated, unless you turn off mobile data on your phone or opt out via text message. 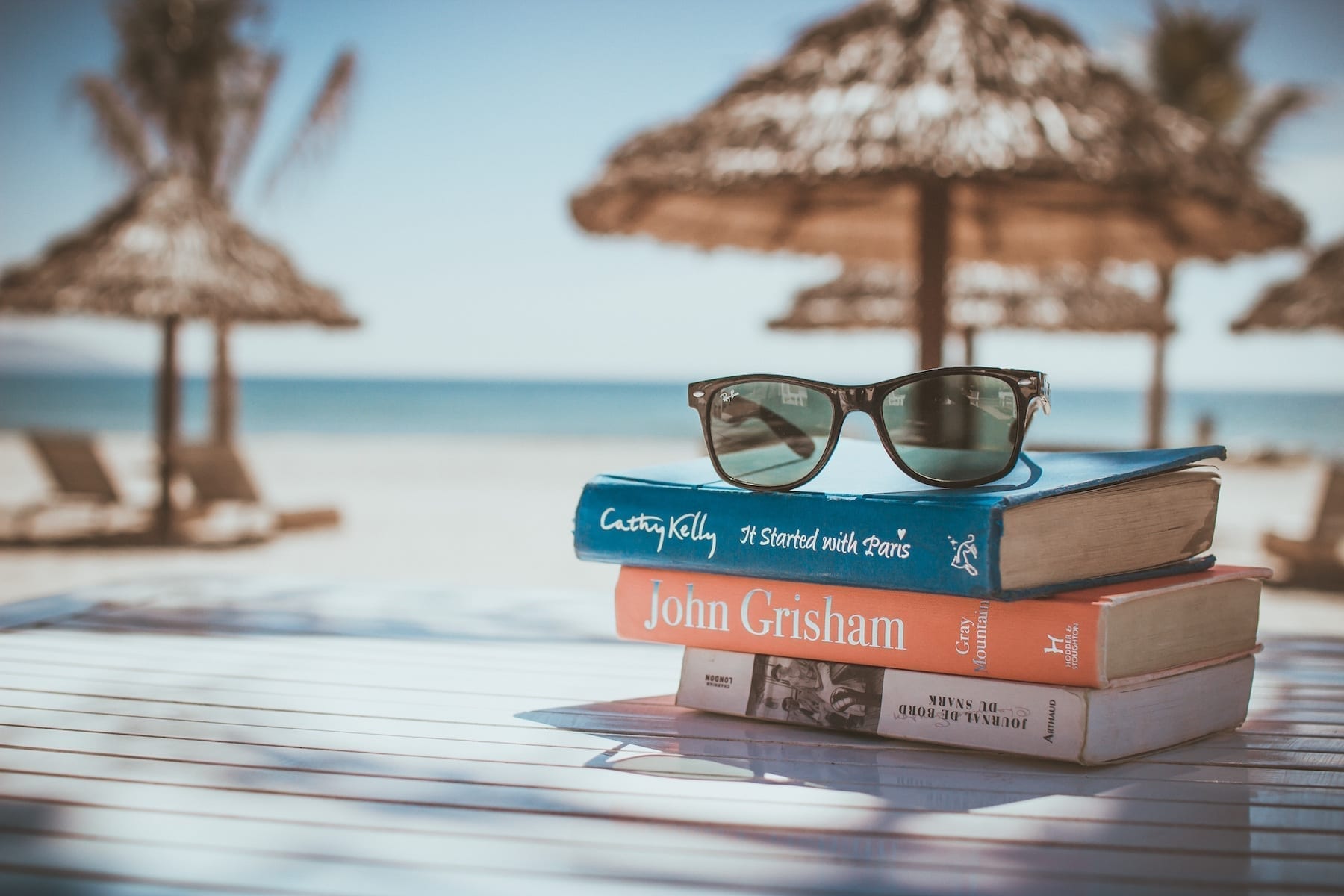 It seems O2 isn’t quite as interested in data roaming as the other key players. Its offering varies for pay monthly and pay as you go users, which can be a little confusing and is perhaps somewhat unnecessary.

For both types of customer, O2 offers a £1.99 daily add-on but with some big differences.

For pay monthly, there’s no daily limit on data, but O2 says it will slow speeds, without saying exactly when that speed capping will kick in. It also includes 120 minutes of calls and 120 texts (to UK or within Europe).

A clue as to when the throttling might occur may come from the pay as you go offering, where you get just 100MB of data per day – so I’d imagine that’s when O2 will start to restrict pay monthly users, impacting file transfers and video streaming.

If you need more data on pay as you go, you can just pay for another £1.99 bundle – as many times as you want. O2 will at hard cap your data, like EE, so you must actually purchase extra add-ons within a 24 hour period so as not to keep getting charged £1.99 repeatedly.

On pay monthly, you must presumably continue to suffer slower speeds until the next day, when a new charge will be applied automatically if you’re still abroad and have data enabled.

Pay as you go users must also pay for calls to the UK and within Europe at a rate of 16p per minute, and 4p a minute to receive calls.

For instant messaging and a bit of Facebook or Twitter, O2’s deal will probably be fine, but it’s really not going to offer much to anyone looking for more data hungry usage. 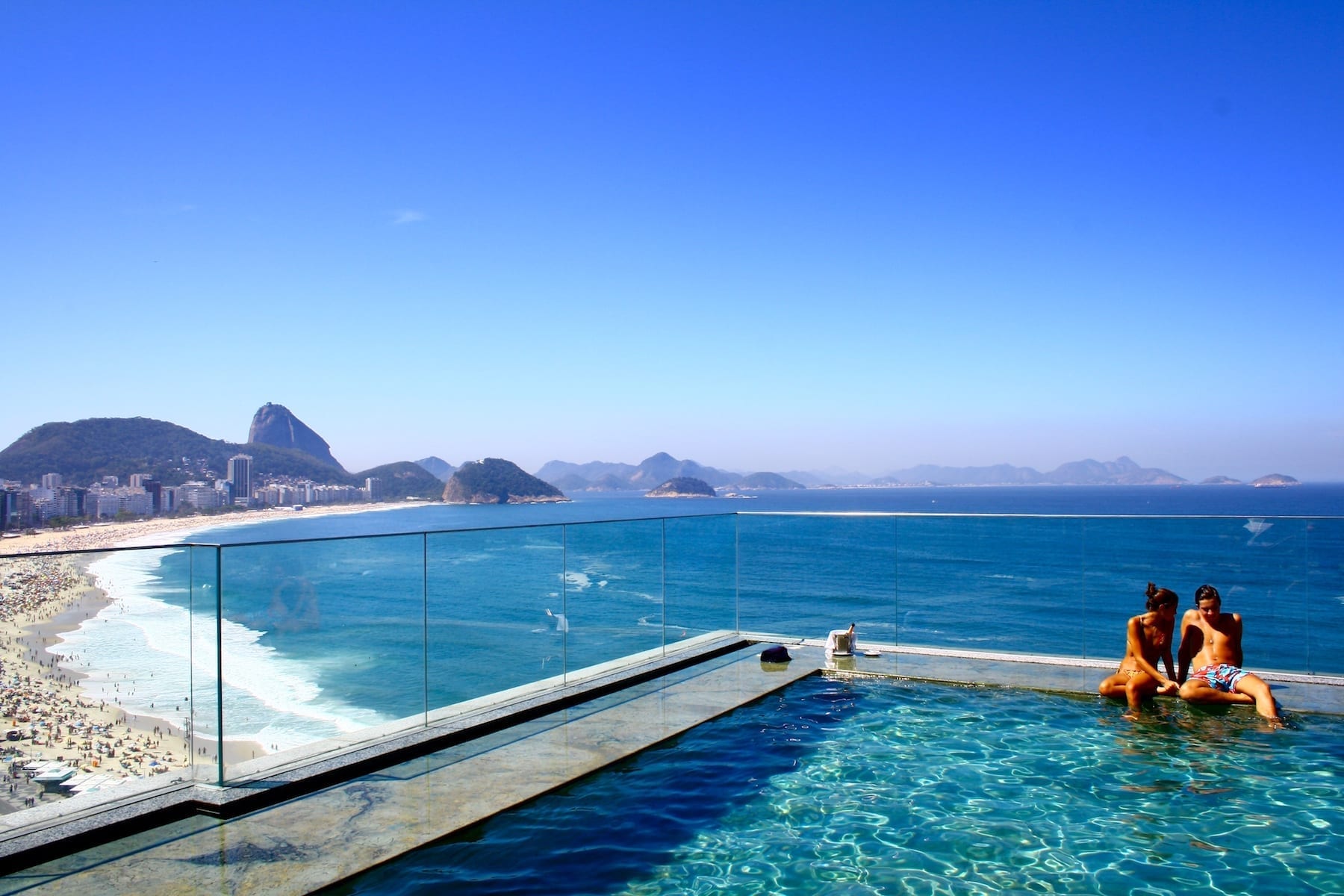 I’ve added in Tesco Mobile, which is doing a special deal for roamers in Europe for the summer (that’s May 23rd to the end of September 3rd 2016).

In a nutshell, you can use your UK data allowance for free in one of 31 countries in Europe, and like Three’s Feel at Home service, you can also use your phone to make calls and send texts to UK numbers when roaming – again, at no extra cost.

Picture messages and calls/texts within the EU to other EU numbers are charged separately, at a rate of 25p, 4p/min and 1p a text respectively.

I asked Tesco to confirm there was no throttling in operation, and was told the following: “You can use the service as you would in the UK. The speed will depend on the network you’re connected to at the time.”

If anyone has experience of using Tesco Mobile abroad, please let me know in the comments, as I’d like to know for sure.

Further details of the scheme can be found on the Tesco Mobile website.

5 thoughts on “[Updated] When in roam: What are your best options for data roaming right now?”