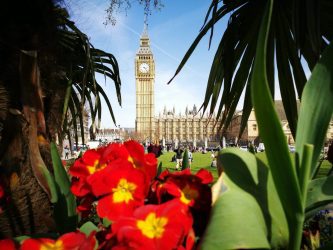 As I was in London today with a Huawei P9 in one pocket and a Nexus 6P in the other, I thought it the perfect day to wander around London and savour the atmosphere (on account of it being the Queen’s 90th birthday), while taking some comparison photos with two flagship phones each manufactured by Huawei.

Unfortunately, my plans to pop in to Buck House and give my best wishes in person didn’t pan out because she’d gone off to Windsor Castle, but hey ho, at least I could enjoy the nice weather.

The Huawei P9 has been getting some bad press recently due to the fact that Leica’s involvement with the camera design might have been fairly minimal, but Leica and Huawei have attempted to clarify things.

Whatever the reality, and plenty of people had suspicions from the outset that it wouldn’t be much more than a licensing deal, it doesn’t alter the fact that the P9 can take good photos, and comes with with stacks of camera modes and effects that all comes together to help you get bright and exciting photos if you’re willing to have some fun.

Take a look at the gallery below to see what you think. The Nexus 6P photos are on the left, the Huawei P9 on the right. All were taken mid-afternoon (between 3pm and 4pm).