Every now and then I get offered an accessory that really catches my interest. It makes a pleasant change from being asked to look at a new case, screen protector – or another set of speakers.

What caught my fancy here is the MEEM charging cable, for Android and iOS, with 16 or 32GB of internal storage to perform automated backups whenever you plug it in.

An accompanying app takes charge of managing the backups for you seamlessly, so there will never be an excuse for not doing a backup.

When I first Tweeted about MEEM, I was asked why you can’t just connect the phone to a PC or Mac and backup your data normally. And of course you can, arguably still should, but it’s not so easy to keep things safe when you’re far away from your computer.

With this, you can keep the most recent data backed up wherever you are. Great if you break or lose your phone, or God forbid, have your phone stolen – especially at a time where phones are being increasingly snatched from the hands of pedestrians by people on foot or bike.

This raises another question, namely how much of your data you can back up. The manufacturer says that few people have more data than the cables can backup (1.94GB according to their own research), but if you do have a phone with more storage, or a memory card, you may well be the exception to the rule.

For now, these are the only storage options available. 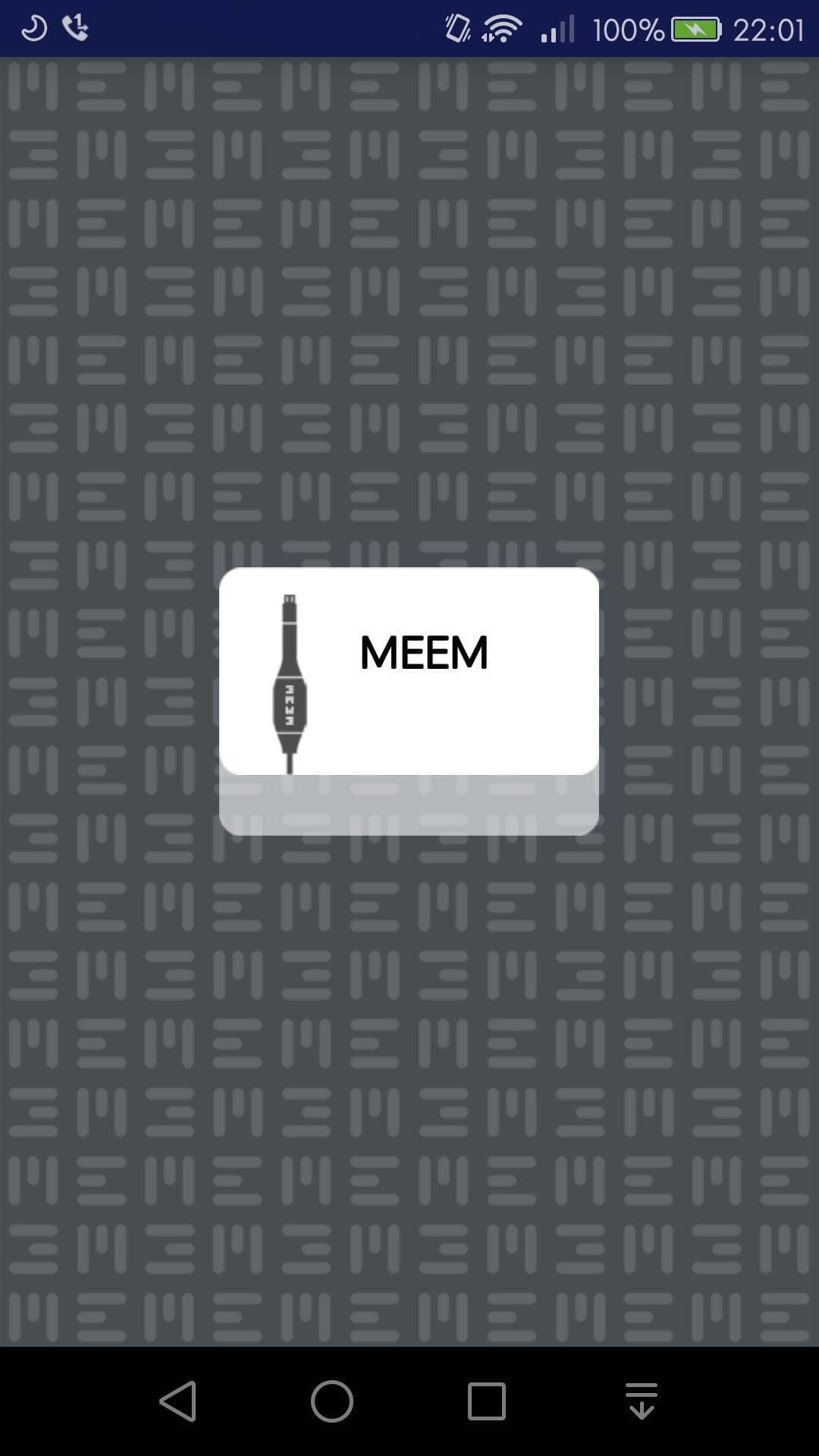 When you receive your MEEM, you will get nothing more than the cable and user manual. You then go on to the Google or Apple app stores and download the MEEM app.

You will need to use an existing USB power adapter (or power bank) as one is not included, and you cannot do backups without power.

There’s really not much to say about the cable itself, which is 1.2 metres long and weighs 132g. The cable is a bright lime green, and for those interested, contains an ARM Cortex-A8 processor and 1GB of RAM to manage things.

The cable is designed to allow for fast charging, up to 2.8A at 5V, depending on your power supply. You also get a small line green elastic band to help you keep the cable tidy when not in use. 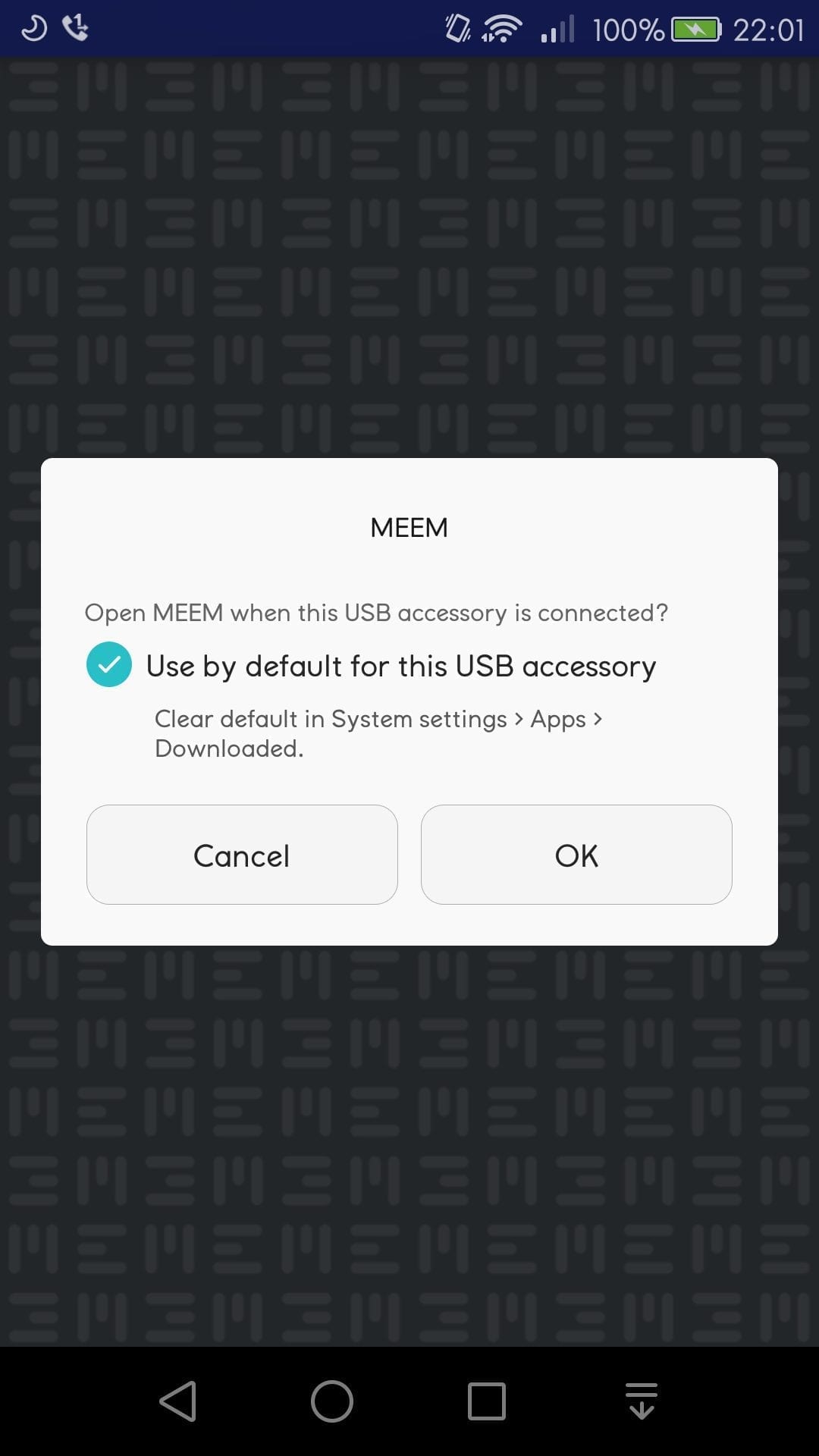 All you need to do to get going, once you’ve downloaded and installed the MEEM app. My review is based on using the Android version with an Honor 5X smartphone, and you can use more than one phone with your MEEM cable.

On first connection, you need to give permission to launch the app automatically whenever you re-connect the cable.

From then on, the MEEM app should launch and do a new incremental backup after a short countdown. If the app doesn’t fire up for any reason, you can launch it manually.

You will be asked to set a PIN to protect your backups (the PIN is set once, regardless of how many devices you want to backup), and then select from a list of possible things to backup – which is listed as follows:

You will notice that you cannot make backups of apps, or app data. 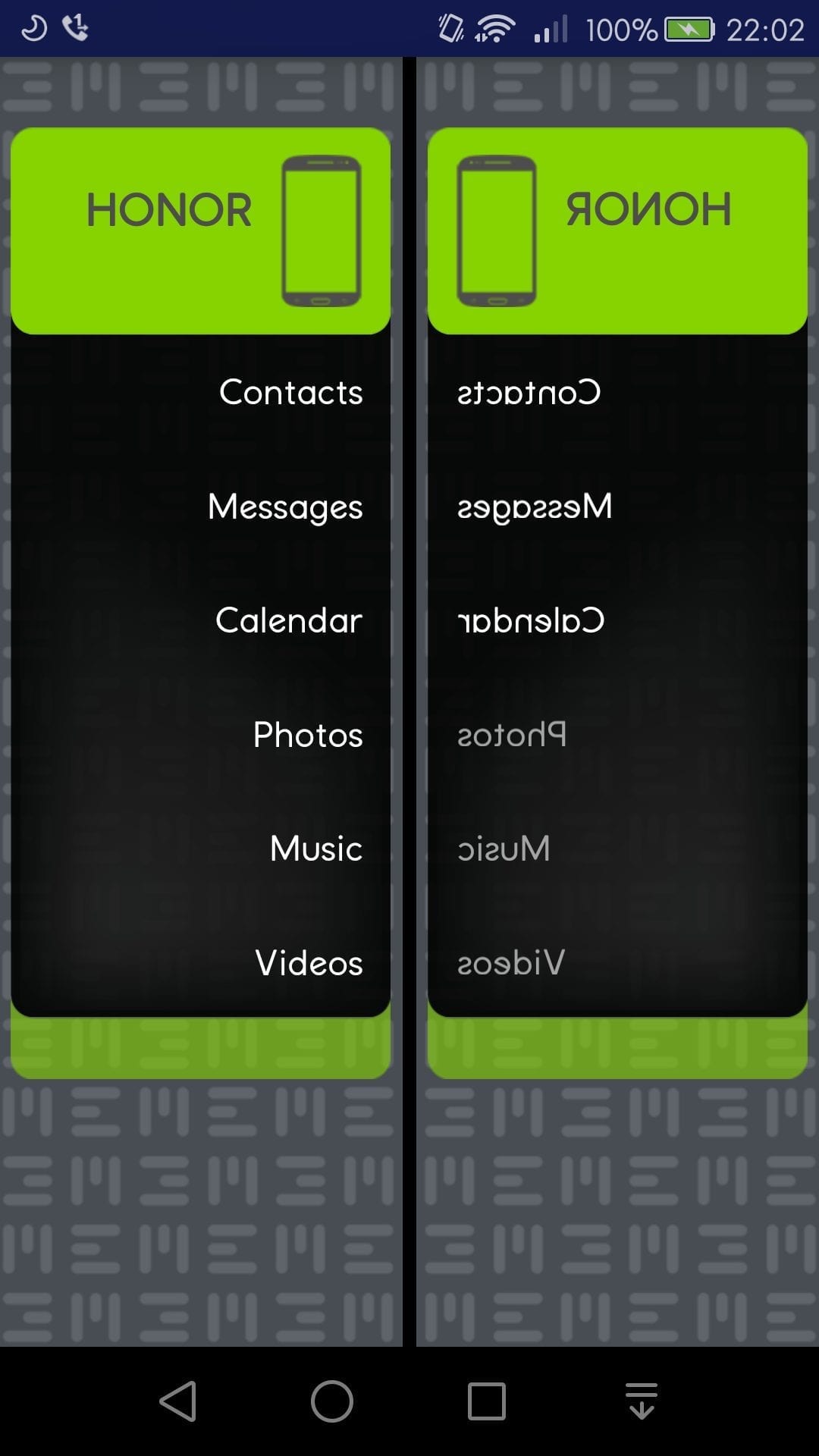 If you have tens of gigabytes of multimedia on your phone (or tablet), the backup software will point out that you don’t have enough room and refuse to do anything until you narrow down your selections. Unfortunately, you cannot see how much data is required for each category.

Android users do lose out on 16GB of storage compared to iOS users, so with a 128GB loaded in the Honor 5X, I knew I wouldn’t have enough space. The formatted capacity of the MEEM is 13.8GB (Android version).

I opted to just use the first three options for backing up. Once the others were deselected, it all started to backup nicely.

And from then on, every time I connected the cable, it started a new backup.

It’s really very simple to do the backing up, but the software itself really doesn’t inspire much confidence in doing anything else; like how to actually restore data, either partly or in full.

The software is almost the complete opposite of user-friendly, and has made no attempt whatsoever to follow Google’s Material Design guidelines. It’s so confusing, the app offers 16 pages of tips to remind you how to use the software. Even getting the tips on-screen isn’t obvious!

Here are some of the tips:   (click to enlarge)

Reading the manual is a must for using the MEEM, and it really shouldn’t be. People rarely read manuals when buying a new phone, let alone for something as simple as this.

It beggars belief that the app developers tried to be so clever (the left and right design is meant to be seen like a mirror – as in mirroring your data) and ended up making a right mess of things.

In many cases you need near pixel precision, to do things like showing the memory meter, while you must make sure not to long press on a backup as a further press could delete your backup entirely.

It’s not a total deal breaker, as once you learn how to view your backups, check how much storage is used, and how to restore data, you’ll likely come to find this a very useful accessory for peace-of-mind.

I do fear that some people may find the hassle too much to bear though, especially as one false swipe (as I discovered) could trigger a restore (or repeat backup) you didn’t intend to start.

With a transfer rate of 3-4Mbps, my accidental restore of only the contacts took over six minutes to complete. You can long-press to abort, but how are you supposed to remember this?

The £39.99 price tag for the Android version isn’t considerably more than some high-street retailers will charge for an ordinary charging cable, while the £59.99 asking price for the higher-capacity Apple lead may require a bit more consideration.

MEEM will also need to work on getting a USB-C version out on the market, as most of the phones coming this year will be using this connector. Of course there are millions of older phones still out there using micro USB to sell this lead to, but it makes sense to keep up.

Finally, while the cloud can be used to backup pretty much everything your MEEM does, there is definitely a benefit in storing it locally. For one, it’s a lot quicker to restore data this way, plus you don’t need to have a working Wi-Fi or mobile data connection.

As it stands, the 16 and 32GB options are going to be too limited for many people, so perhaps a future version could include a card slot of its own. This would then offer owners the option to add more memory if they want, in addition to an internal amount that is ample for contacts, messages and the like.

It could even become possible to make a full backup of everything on the phone, making it even more useful by allowing the complete transfer of data from one phone to another.

But, for now, I was still impressed with the MEEM but came away thinking that if it wants to really succeed, it needs to ditch the software that comes with it and start over.

If you have any questions about the product, please let me know in the comments below and I’ll seek to answer them as quickly as possible.

Disclosure: I did not pay for this review unit.

One thought on “Review: MEEM backup and charge cable (for Android and iOS)”