Not everyone wants to spend big bucks on a smartphone, and there are now plenty of choices on how to best spend as little as possible, but still get a good all-round experience.

The recently launched 4G Vodafone Smart Prime 7 is a bit of a bargain at just £75 on prepay, assuming it’s actually any good of course.

It seems that bit more of a bargain when put up against the £300 Platinum 7 that was announced yesterday, which is quite a leap in price from the Smart Ultra 6, last year’s flagship Vodafone-branded phone.

The Prime 7 sits below Moto G*/Wileyfox Swift territory, featuring a quad-core Snapdragon 210 chipset instead of Snapdragon 410. (* As time goes on, Motorola makes each version of the G more expensive, so soon this comparison will not apply).

In real terms, my day-to-day usage of the phone didn’t reveal any massive stand-out differences over the above. 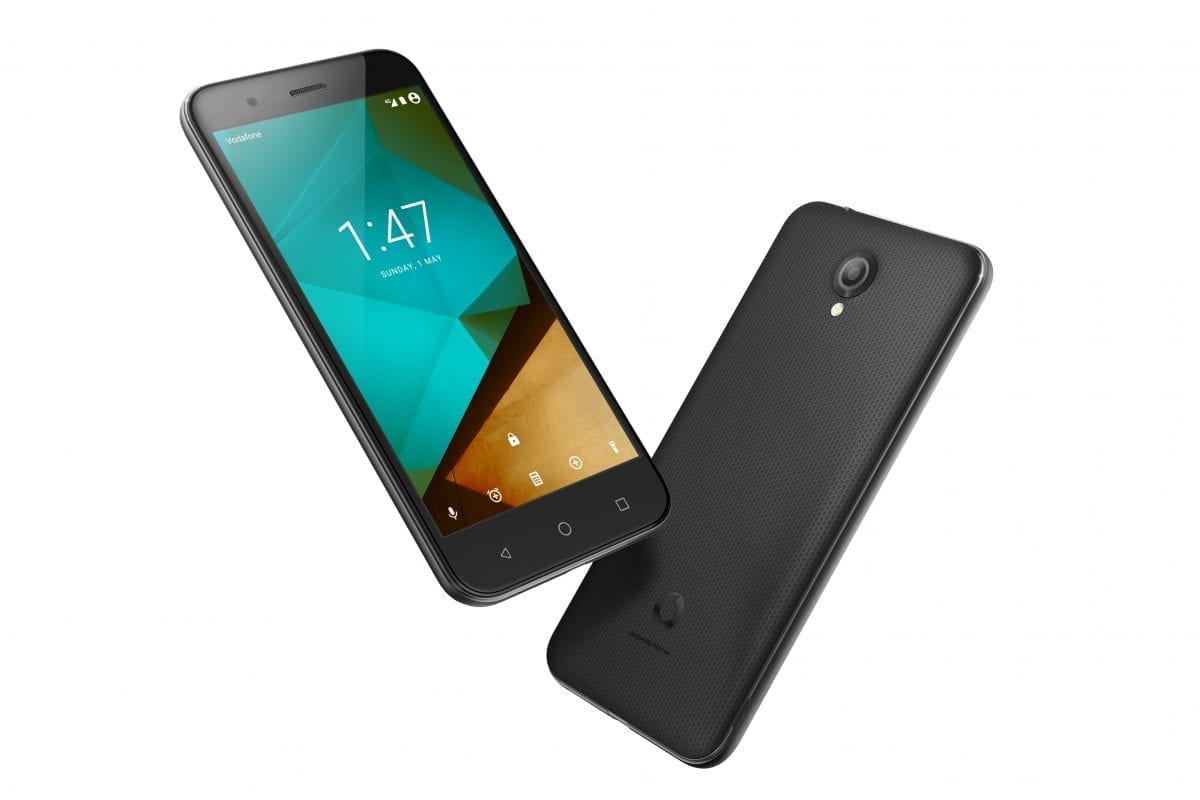 Navigating screens and menus didn’t suffer much lag, meaning there were some rare occasions where you could feel an element of ‘catching up’ at play, but it will only be if you decide to run 3D-heavy games that you’ll properly notice the CPU and GPU department really lacking ability.

This isn’t a gaming phone, any more than a hardcore gamer would go out and buy a PC with an Atom processor and Intel graphics. 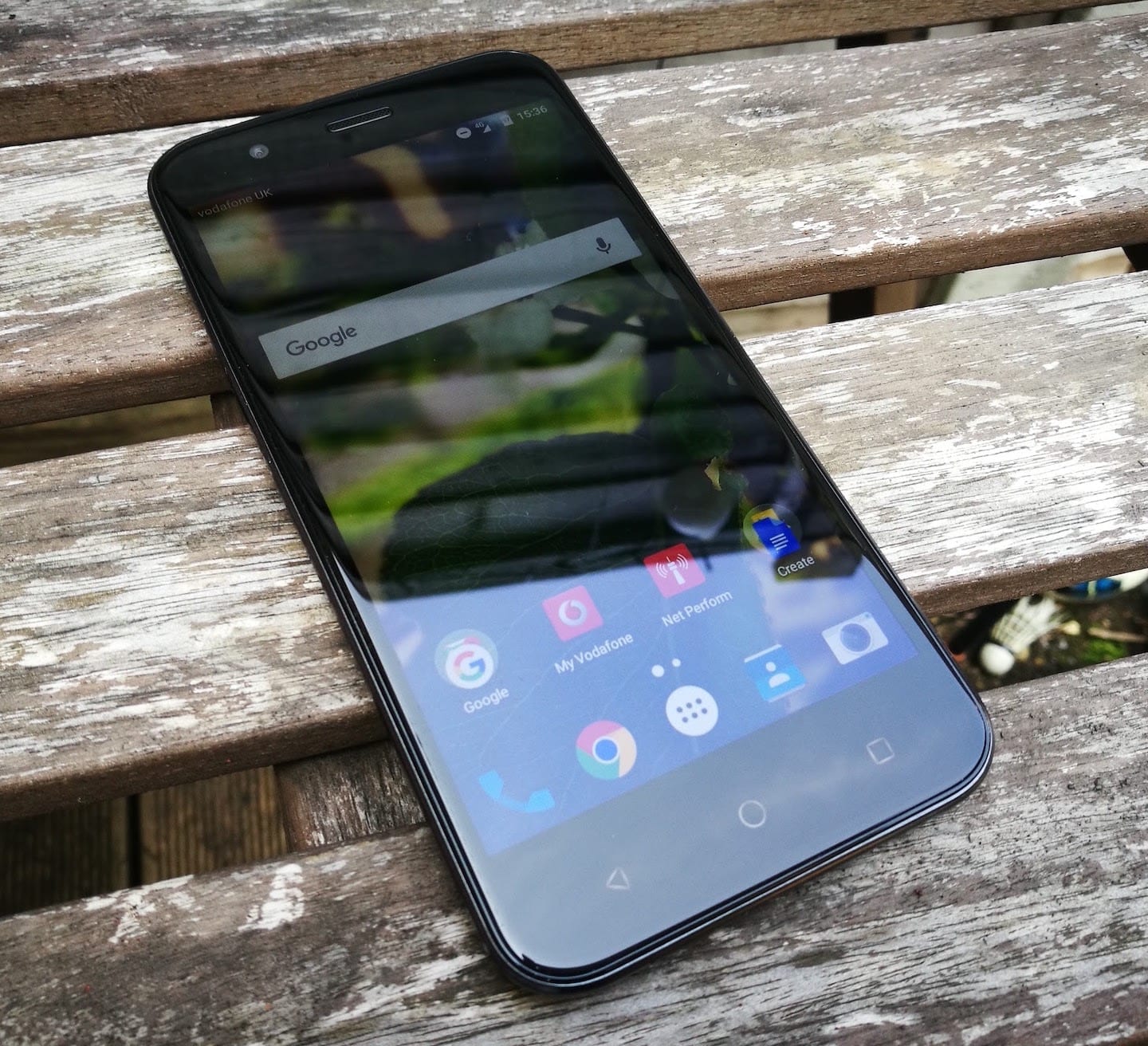 Of course, even Snapdragon 400/410 devices don’t set the world alight when it comes to gaming. But, then again, most games users play aren’t really that demanding – like the casual games we often play to kill the time waiting for a bus.

This phone will cope with these just fine.

The numbers don’t necessarily correlate because the other tests were on a different version of AnTuTu, using a different 3D benchmarking system, but it does suggest that there isn’t a great deal of difference.

But unlike the Swift and Moto G, the Prime 7 makes do with just 1GB of RAM and 8GB of internal storage (5GB free), yet you can add more storage with a microSDXC card (up to 256GB when Samsung releases its latest card at a price that will probably make my eyes water). 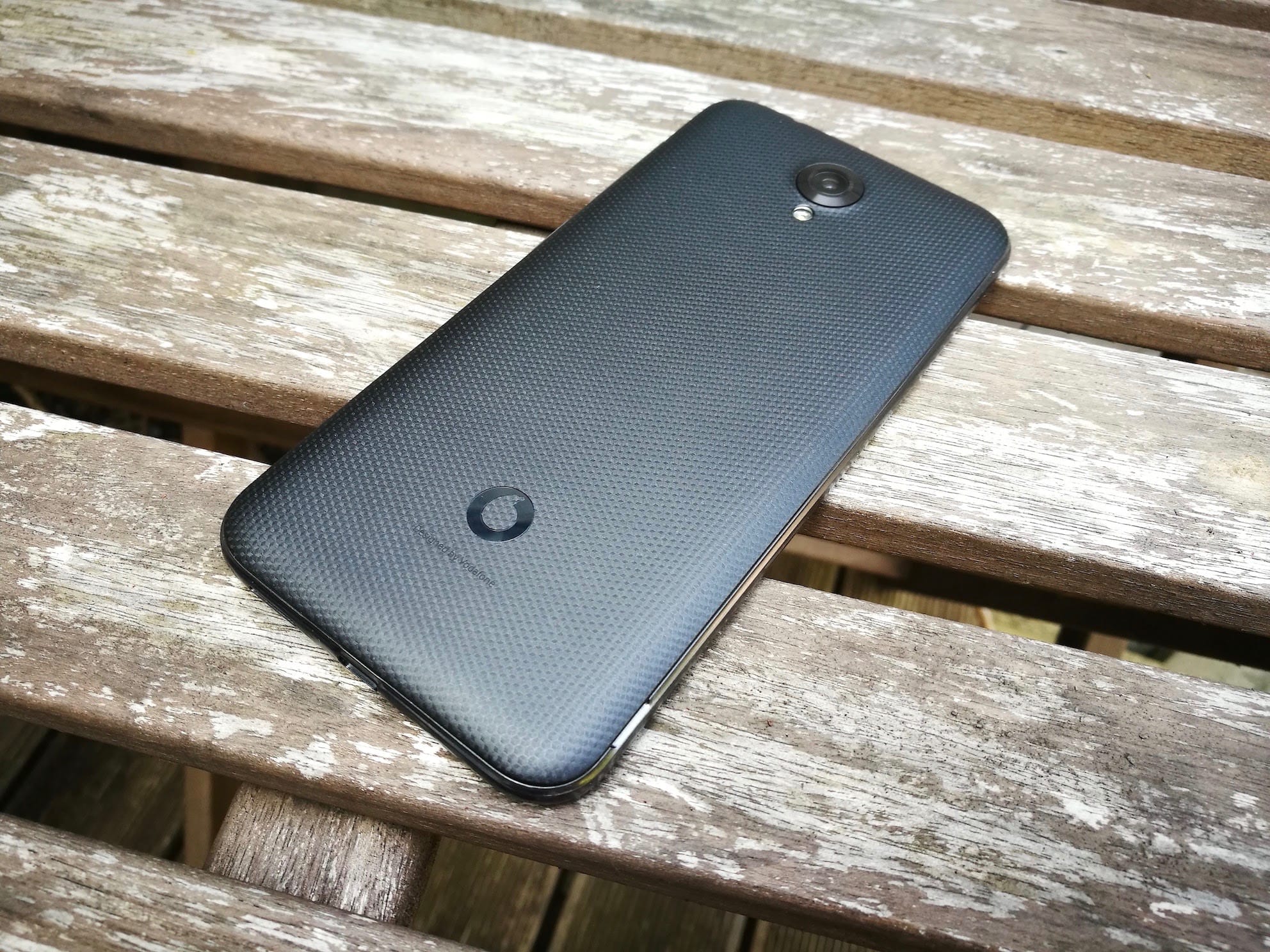 On the back of the phone, you’ll see the 8-megapixel autofocus camera with single LED flash. It’s here you’ll also see that the cover is removable, to allow the insertion of your micro SIM and microSD card.

You’ll also see the battery looking like it should be easy to pop out and change, but it’s sadly fixed and not user-changeable. 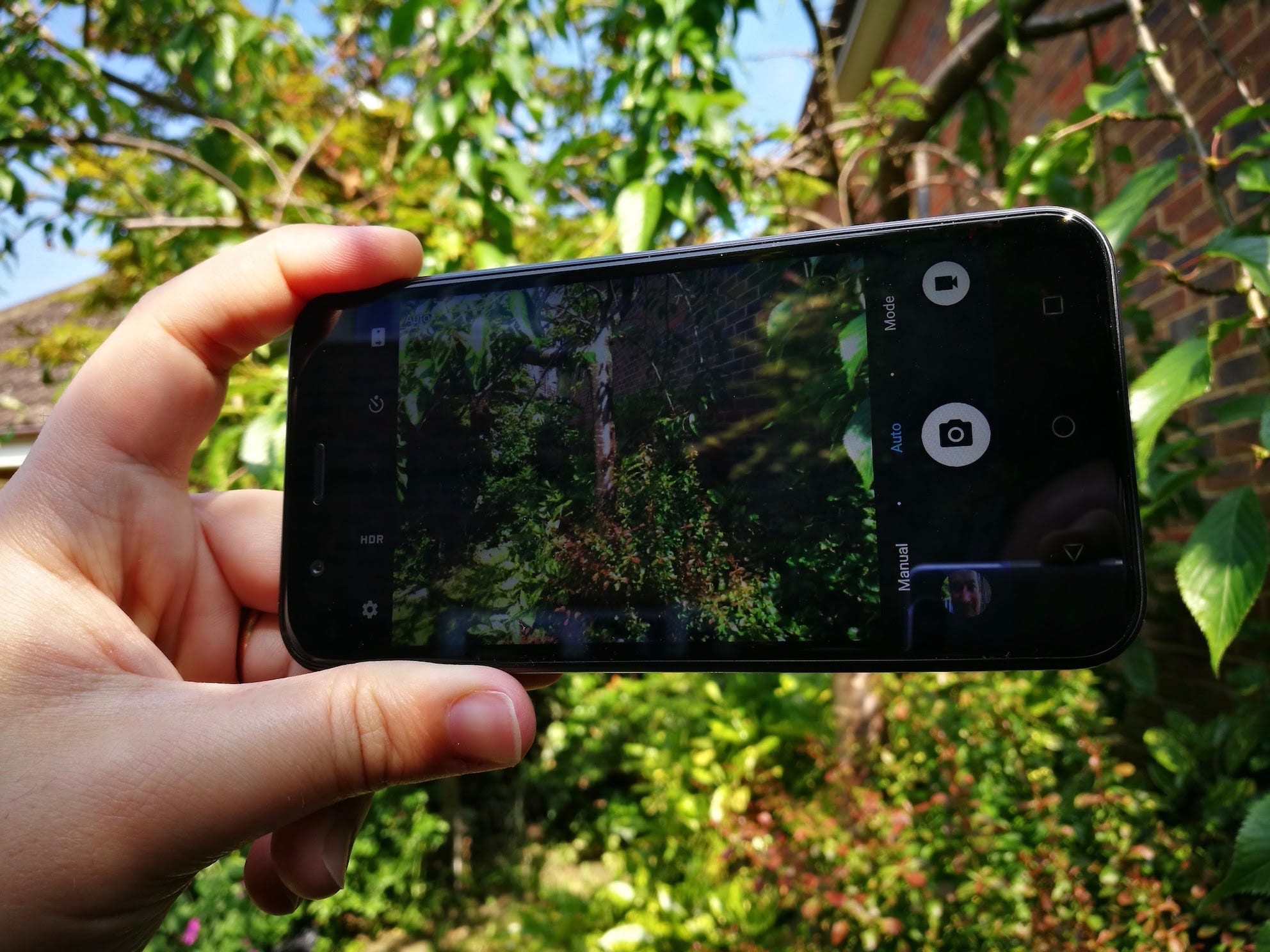 Taking photos takes a bit of getting used to, as initially I was sure that it was failing to focus properly. On a bright day, the screen can be a little hard to see, and the viewfinder seemed to show everything out of focus even when trying to tap on an area to lock on.

When you actually tap the shutter icon, it does focus okay in most cases.

Upon looking at the photos on a desktop afterwards, I wasn’t blown away by the quality, but they aren’t terrible. It’s about what I expected for the price point, and perfectly adequate for sharing on social media.

The Prime 7 also offers a manual mode (but not RAW image saving, even with third-party camera apps), HDR, time lapse, multi-exposure shots (to create collages), panoramic photos, and 720p video recording that is also rather average, as you can see below.

The front-facing 5-megapixel camera is little to write home about either.

Check out the photos in the gallery to make up your own mind.

A few stutters here and there demonstrates why this phone isn’t more expensive, and with just 1GB of RAM it will have limitations for more processor intensive or memory hungry applications. It can mean a bit of a wait when jumping from Facebook to Snapchat to Twitter to Instagram, and wanting to manage your media content.

All you need is a little bit of patience in a world where having to wait two seconds for an app to load might be considered a national disaster, but really isn’t. I can’t pretend that this phone is as slick to use as a Nexus 6P, but you’d have to be pretty cruel to slate it on that basis and so I won’t.

The 2,540mAh battery works well with the power saving functions inside Android M, most notably the Doze feature that stops the phone consuming barely any power when in standby, and a full day of usage is no problem.

One thing I didn’t like about the phone is having the Android keys below the display. Ever since Android introduced on-screen controls, I’ve preferred them. It’s an opinion many of you won’t necessarily share, although perhaps the ideal compromise is allowing a choice.

Vodafone has also seen fit to install a bunch of its own apps, and inviting you to install more. It’s worth keeping the Vodafone app (to see how much credit and data you have left) installed, and the Net Perform app is great for doing speed tests without consuming data.

The good news is that you can remove them, and for just about everything on this phone the experience is pretty close to standard vanilla Android. 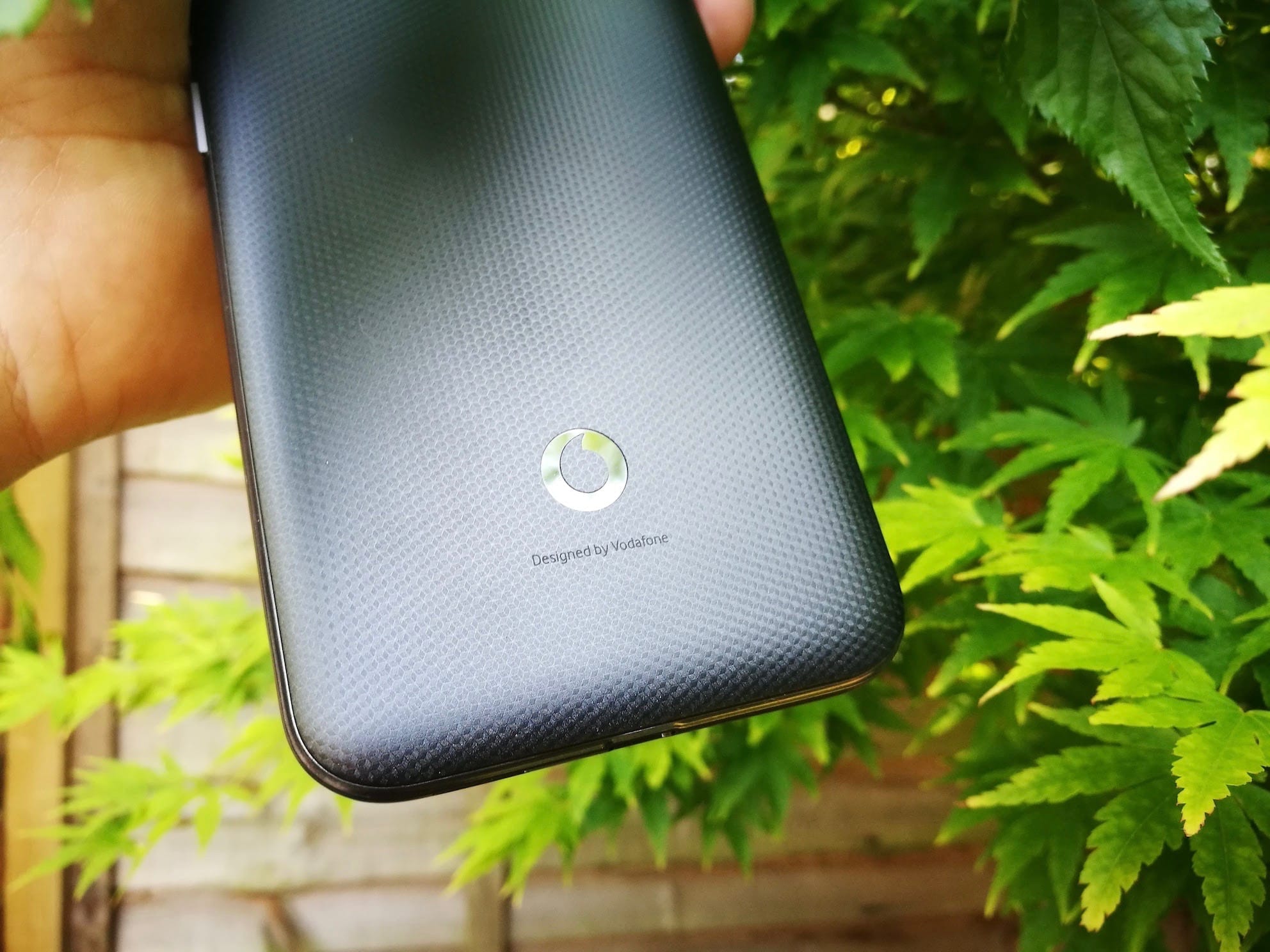 Save money to spend money

Given the low price, the Prime 7 may leave you with a few more pounds in your pocket – or hopefully in your bank account. If so, the support for NFC means you can install Android Pay to make contactless payments of up to £30 in most retailers – assuming you have a debit or credit card with a bank already signed up to the service.

It’s great to see NFC here, given that Motorola and Wileyfox each omitted this tiny bit of hardware on their phones. If Android Pay is important to you either now or in the future, your mind is pretty much made up.

The Smart Ultra 6 is currently selling for £99 on pay as you go while stocks last, which does make my verdict a little bit tricky.

With a bigger 5.5-inch full-HD screen, and 13-megapixel camera, plus NFC for Android Pay, I feel compelled to recommend the extra outlay on the Ultra 6 for as long as you can get it.

That’s as long as you bear in mind that Vodafone never offered an upgrade to Marshmallow on the Smart Ultra 6 (and doesn’t appear likely to), so you will be missing out on the benefits of Android M like Doze. 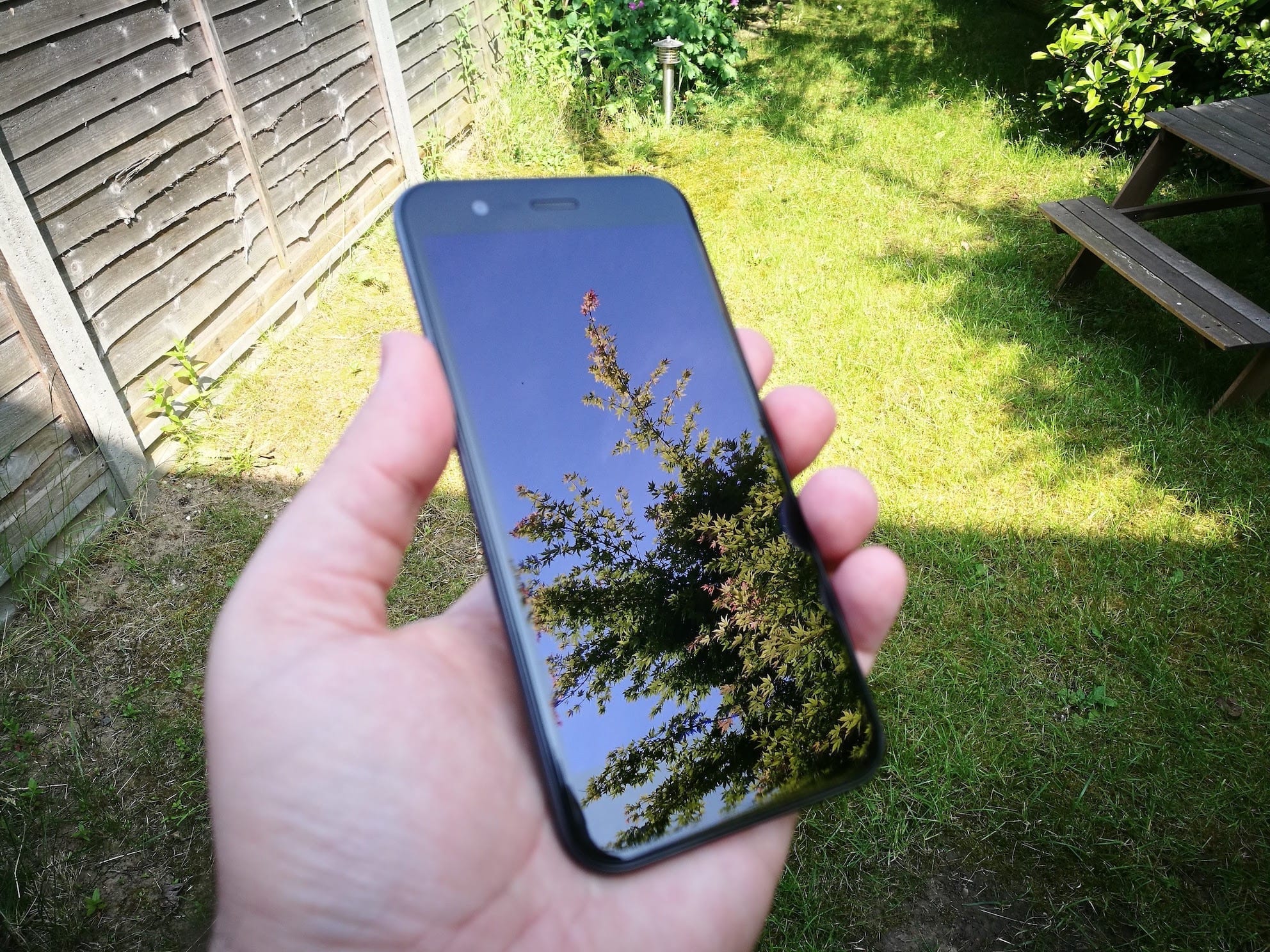 At £75 Vodafone has come up with something very impressive here. Unlike the really, really cheap phones like the EE Rook, or the Smart First 7 that Vodafone will sell you for £25, the Prime 7 offers a good all-round experience that won’t cause frustration after a few hours even if it can’t really compete at the high-level (nor is it trying to).

What you get is a phone that performs well, and saves you money. Indeed, that warm feeling from knowing you’ve saved a packet is very much another key feature of this phone.