Earlier this week, I went along to a recently opened store off Brick Lane that has a very simple premise: to demonstrate cutting-edge tech to the public.

The difference is that this store isn’t actually selling anything.

Joking aside about Shoreditch hipsters perhaps not being entirely representative of the general public as a whole, the ‘shop’ is the first of what the people behind it hope will spread not only elsewhere within the UK, but globally too.

From what I saw at the official opening event, it’s certainly an idea that deserves to go far – figuratively and literally speaking. 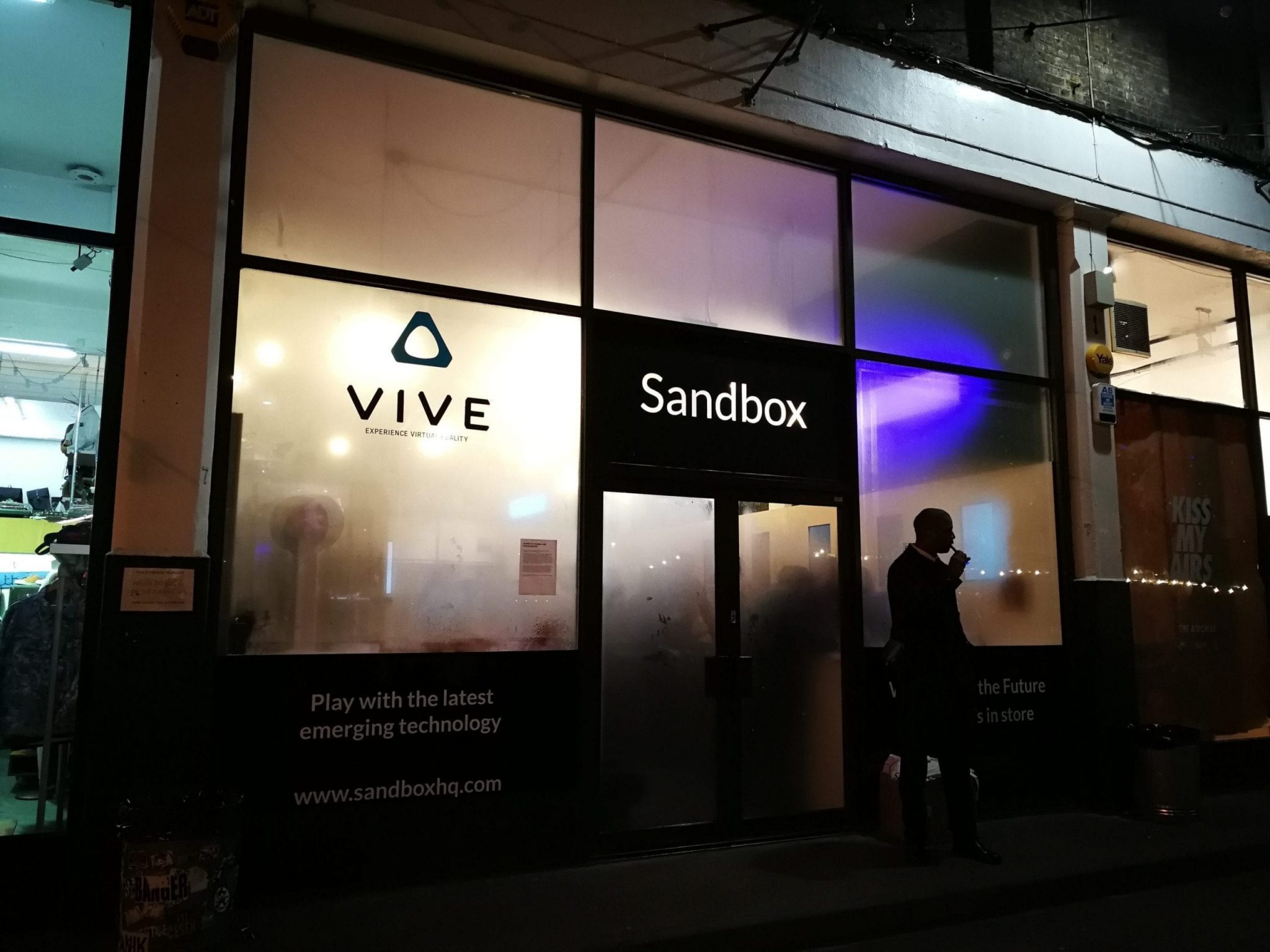 The idea of demonstrating upcoming tech isn’t unique in itself. Other high-street retailers are doing this, but the thinking behind the Sandbox store is that it a) doesn’t sell anything directly, and b) gives a platform to emerging technology that is not necessarily yet ready for the big-league, and so isn’t likely to be appearing in a local Currys or PC World anytime soon.

It’s all about demonstrating and presenting technology and concepts in a friendly, relaxed, atmosphere that won’t scare people off. 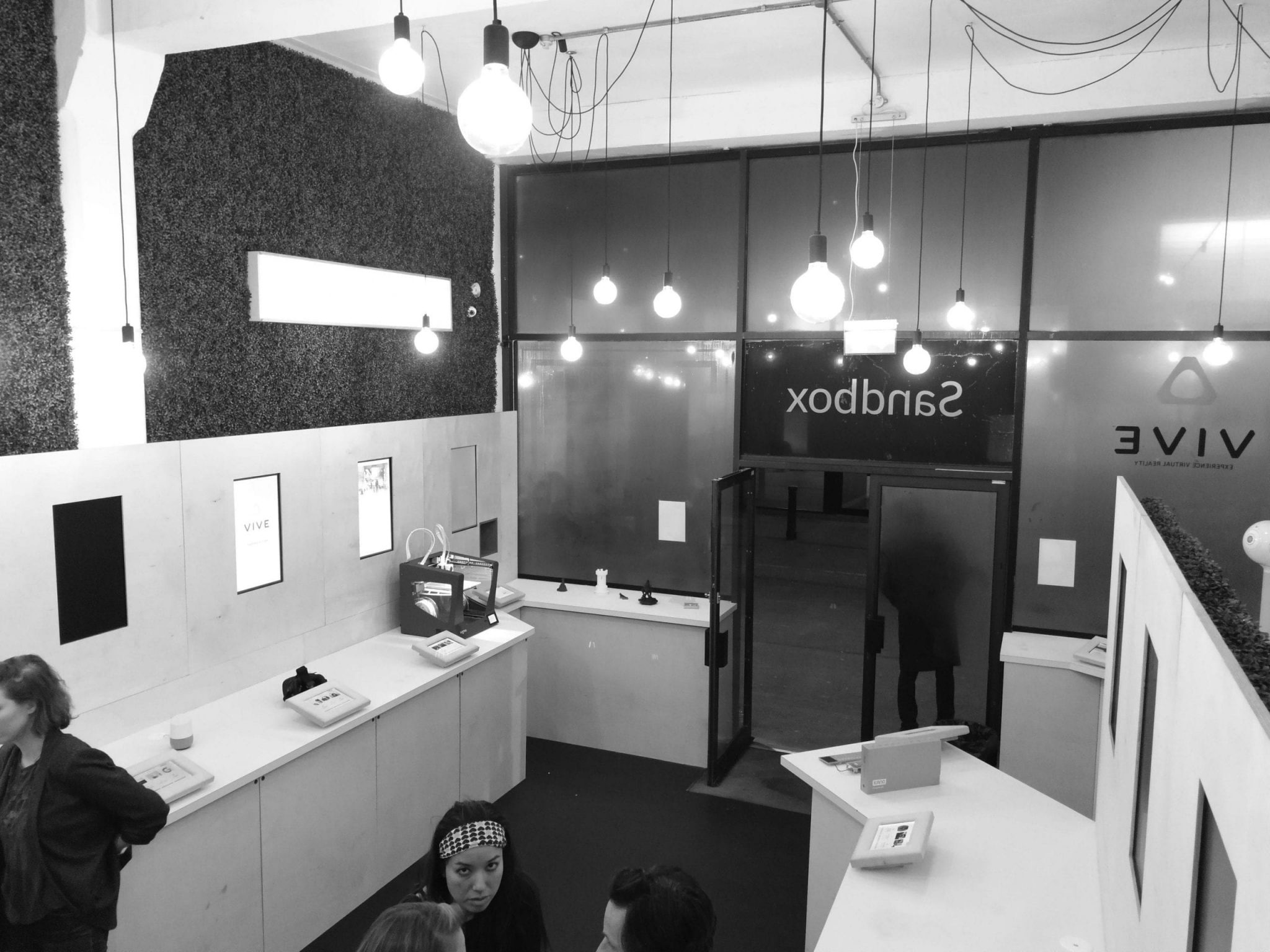 I should at this point confess that I’ve had occasions over the years where I’ve felt uncomfortable stepping into some types of shop, either for fear of being jumped on by pushy salespeople, or just feeling out-of-place and being convinced that everyone is wondering why I am there.

It’s an unjustified fear, but I am sure I am not alone in having some apprehension about going into ‘unknown territory’. Given so many startups specialise in going after entirely new markets, this is a particular problem for them without places like this.

Sandbox has no staff to sell anything, so you can walk in and have a browse without any pressure at all. And since it opened to the public two weeks ago, a good mix of people have already visited.

This includes older people who have shown as much of an interest in technology as the 20-somethings many startups would traditionally expect to go for.

So how does Sandbox work and make any money? That’s equally simple too.

A startup looking for some exposure simply rents some space, usually for a month at a time, and alongside each setup is a tablet that gives more information, as well as providing a way to contact the company, either to seek to buy, or ask questions.

Surveys can also be run from the same tablets. Ideal because many startups may still be in the early stages of setting up their business.

Rather than just try to sell what has been built so far, Sandbox is the perfect place for the public to give their opinions. As these are quite likely people outside the tech bubble, it can potentially prove invaluable.

When normal non-techie people can enter and perhaps see a 3D printer for the first time, or advanced Internet connected lightbulbs and switches controlled via Google Home or Amazon Echo, there’s every chance they’ll have feedback that nimble startups can quickly incorporate into current or future developments.

Try getting the same result by making suggestions to staff on the shop floor at your local electronics store.

Sandbox is not only supported by HTC, but also Linkilaw, a company that provides legal advice to startups, including off-the-shelf contracts for employers, employees and contractors.

One thought on “Sandbox: Relax and enjoy cutting-edge tech without the pushy sales staff”