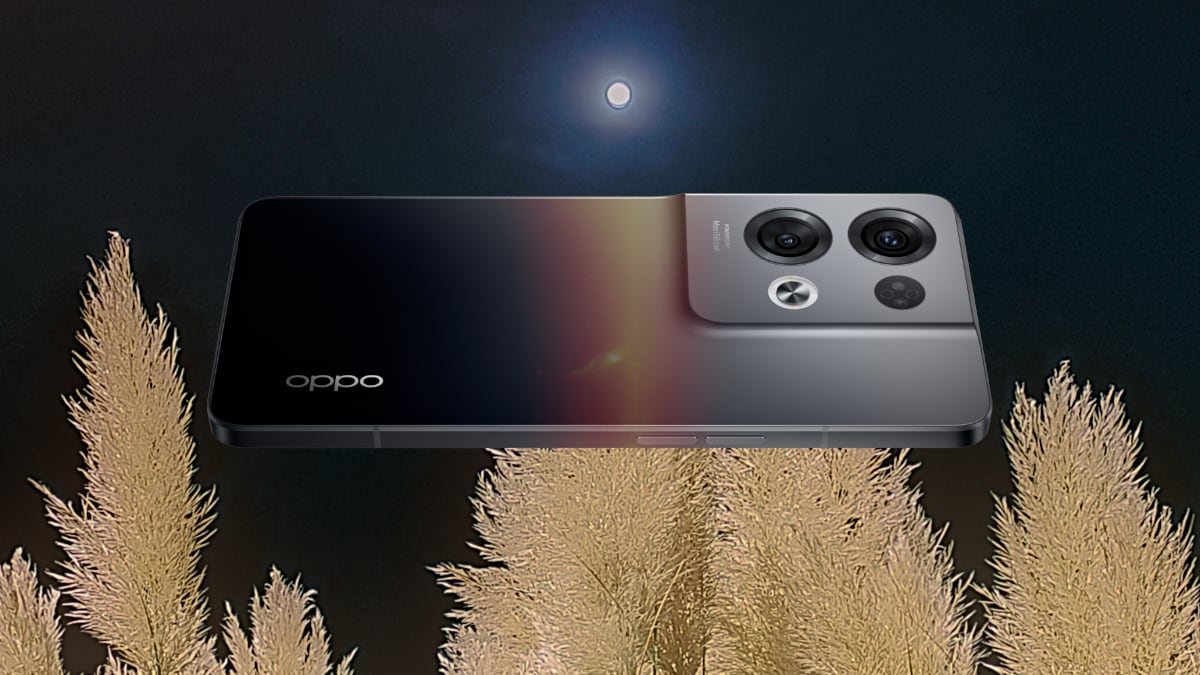 Hankering for a Oppo Find X5 Pro, but put off by the price? Well, Oppo’s Reno family just got a new addition that might be a great alternative.

Although there might be some respite from the originally massive October energy price rise, that’s just one of many price increases we are expected to bear this year and next. It’s little wonder that people are talking everywhere of ways to save money, which means shelling out over a grand on a new phone might not seem like such a good idea.

But, high-end phones offer experiences that can’t be replicated on cheaper phones. Or at least that’s what you might think, but is that absolutely true?

Well, sort of – but it depends on what your key priorities are.

There are obviously some compromises to be found on Oppo’s Reno 8 series, recently launched in Paris, but are the omissions dealbreakers, or can you go without?

This review will hopefully let you know, and let you make up your own mind.

The unibody design of the Reno 8 Pro is gorgeous from an aesthetic point of view, and clearly no expense has been spared to create a design that may actually look even more premium than the Find X5 Pro!

The camera bump is quite pronounced, and with the glazed mirrored surface, makes the phone a bit of a slippery animal. In fact, even what appears to be a flat surface won’t always prevent the phone from starting to slide away by itself – sometimes minutes or even hours after being set down.

I was woken up in the middle of the night by the phone crashing on the floor (no damage, thanks to a solid build and Gorilla Glass 5) and it seems it had been slowly sliding on the bedside table for hours!

Thankfully when held in the hand, the rigid edges makes for a solid grip and restores a degree of confidence in keeping this phone from regularly meeting the floor.

Normally none of this would be an issue, as Oppo always – like many others – included a free case in the box that not only flattens out the camera bump, but also protects it from bumps and scrapes.

Sure, the clear plastic cases aren’t fantastic quality and will yellow relatively quickly, but it’s there for you from day one and will easily suffice until you can find something better.

However, Oppo has taken the decision to remove free cases, just as it has previously removed free earphones.

At the launch event, Oppo told the media that some models released next year will go without a power supply too. We all knew it was coming, and such moves are likely industry-wide following Apple’s show of ‘courage’.

For those who hate the thought of putting a case on a premium-looking device, no loss, but just make sure you keep a firm grip of the phone at all times!

The front is almost as gorgeous as the rear, with a tiny bezelled 6.7-inch display that is perfectly flat, with a tiny notch for the autofocus selfie camera.

With stereo speakers also included, the only real loss from the Find X5 Pro is in resolution (dropping from 2K to full HD+). The Reno 8 Pro still has an AMOLED 10-bit display capable of displaying 1 billion colours, and it’s all the better for it.

For the rest of the design, think any other Oppo (or Realme, or most OnePlus) phones with volume keys on the left, and the power button on the right. There’s no headphone port and no memory card expansion (and in the UK, there’s just one RAM and storage configuration – more on that later).

Having mentioned the Find X5 Pro, it is important to point out that the camera department is where there are some more significant compromises, but they may not be a problem depending on your usage needs.

First up, there’s the camera sensor of the moment; the 50-megapixel Sony IMX766 primary camera, but without optical image stabilisation (OIS) as is often included on other phones where this sensor features. It’s capable of 2x-20x zoom, but for the best quality don’t go above 5x. There’s no dedicated telephoto camera here.

The primary camera is accompanied by an 8-megapixel ultra-wide camera and 2-megapixel macro camera.

I can pretty much disregard the 2-megapixel camera for the same reason as I disregard it on every other phone released with one, but the ultra-wide works well for shots that don’t require stacks of detail (like landscape shots) due to its relative lack of pixels.

Fortunately macro mode is a separate option within the camera app, meaning it can be safely ignored for all but the most desperate times.

The primary sensor is so popular for good reason; it’s a solid performing sensor that works well in all conditions. And with the same Oppo-built MariSilicon X custom NPU chip from the Find X5 Pro, the Reno 8 Pro can take better photos, and in particular, video in low-light, as well as processing images in all conditions a lot quicker.

Some might wonder if a custom chip is anything more than a gimmick, but it absolutely isn’t – and you can expect to see more custom silicon working to improve camera quality in the future. That the Reno 8 Pro now has this gives the phone a real edge in the mid-range sector.

Low-light photography is one of the core aspects of the marketing campaign for the Reno 8 series, because it really can bring out the most of the available light, even when recording in 4K resolution (at 30 frames per second max).

On the front, Sony’s 32-megapixel IMX709 RGBW sensor features autofocus, making it the best setup on any Oppo phone, including the Find X5 Pro, so if you’re capturing yourself on camera all the time – either on your own or with others – the Reno 8 Pro is going to have more appeal still.

The Reno 8 Pro is packed with camera modes, and while it doesn’t get the same Hasselblad features or colour calibration as the Find X5 Pro (that’s still something reserved for the flagship models), you still get great features like 4K Ultra HDR video, Ultra Night video, time-lapse, panoramic mode, 960fps slow-motion (720p resolution), and a dual video mode that can capture from both front and rear cameras simultaneously.

Portrait photos have adjustable bokeh effects that can really bring out the subject. The Pro mode is perfect for adjusting the shutter speed if and when you need to get fast action shots without blur.

If you can live without 4K 60fps video recording and accept a lower quality image for ultra-wide angle photos, you’re getting a camera experience extremely close to that of the Find X5 Pro, and that makes this phone a great choice.

The other difference between the Reno 8 Pro and the Find X5 Pro is a different chipset vendor than the most common choice, Qualcomm.

MediaTek’s growth in recent years has been phenomenal (indeed it is now beating Qualcomm globally), and it’s great to see a growing range of 5G-enabled Dimensity chipsets shipping in phones at all price points.

The 5nm Dimensity 8100-MAX was developed closely with Oppo, and balances battery life with performance.

It isn’t MediaTek’s fastest chipset, so it can’t quite match Qualcomm’s Snapdragon 8 gen 1 series used in the Find X5 Pro – but it isn’t far off. And did you forget the price difference between the two phones already?

With the performance afforded by the Dimensity 8100-MAX, you can still enjoy some COD Mobile or Genshin Impact, or even do some onboard video editing of your nighttime 4K videos, without fuss.

With 8GB of RAM and 256GB of storage (the only configuration on sale for UK customers), Oppo has found the sweet spot for most users. Few will need more RAM (but you have virtual memory as an option, to take it to a total of 13GB), and 256GB is ample for storing your own content, as well as some films or TV series downloads for offline viewing.

Assuming you use Google or Amazon Photos (or another cloud-based service) to safely back up your photos and video, you’ll more than likely never even fill half of the storage.

ColorOS 12.1, based on Android 12, is going to stay with you for a while as Oppo told me that Android 13 (available in beta for some models right now) won’t arrive until Q1 of next year. In terms of OS updates, the company has promised at least two OS updates that will take this phone up to Android 14, at minimum. Security updates should follow for at least another year after that.

Connectivity wise, the Reno 8 Pro comes with 5G support and 2 carrier aggregation support (up to 200MHz spectrum – which should offer speeds up to and exceeding 2Gbps if and when the networks can oblige), including dual SIM dual 5G, Wi-Fi 6, and Bluetooth 5.2 with A2DP, LE, and aptX HD. That makes it very future-proofed, which is good if you’re seeing yourself keeping this for two years or more.

Battery wise, the overall capacity is 500mAh down on the Find X5 Pro at 4,500mAh, but it supports the same fast 80W wired charging speed (there’s no wireless charging here) and that means a 0-50% charge in just 11 minutes. The power adapter is included in the box also, so there’s nothing else to buy separately. Oppo promises 1600 charge cycles without significant battery degradation – enough for many years of ownership.

At the launch event, Oppo also announced a 80W car charger, which will get you back up to speed just as quickly when you’re driving – leaving a second USB-C port for powering other devices as you see fit. I hope Oppo might soon bring one of its fast SuperVOOC power banks to the UK too.

Like the Find X5 Pro, the battery life will depend on your usage – and with the screen brightness up high, or heavy use of the camera, you can expect to need to charge before the end of the day, but for most usage cases – including the use of 5G – I managed over five hours of screen-on-time regularly. With such fast charging speeds, you won’t be suffering battery anxiety.

Should you need to improve the battery life further, you can enable a power saving mode that will cut the screen refresh rate, limit the brightness, (optionally) turn off 5G and other things. I am not a fan of impacting the user experience, but it’s an option that’s there alongside an even more powerful super power saving mode. That will limit the number of apps you can run, and turn off background apps and syncing, but can more than double your battery life!

The Reno 8 Pro has picked out all the important features from Oppo’s flagship that consumers will most likely want, retained the premium look and feel, and even added a better selfie camera.

That makes this the phone more people are likely to settle on, and Oppo has created a phone that nobody is going to feel disappointed in buying, or wish they’d spent a little more for the flagship.

Obviously not everyone is going to be worried about expenditure, and deals can come and go to make flagships more affordable (especially if financed over a number of years), but hopefully you now have a better idea of what phone suits your personal needs.

All I can add to anyone that chooses the Reno 8 Pro is this; please buy a case!!