Without a doubt, data roaming will be easier in Europe from June this year, but venture beyond the EU (that we’re trying to leave anyway) and things can be rather complicated.

And by complicated, I mean expensive. Let’s face it, in most cases data roaming totally sucks.

Even on tariffs that already include roaming in Europe, there are often questions to be asked:

All of this is where YRoam hopes to have come up with an affordable and flexible solution that ticks all the right boxes. 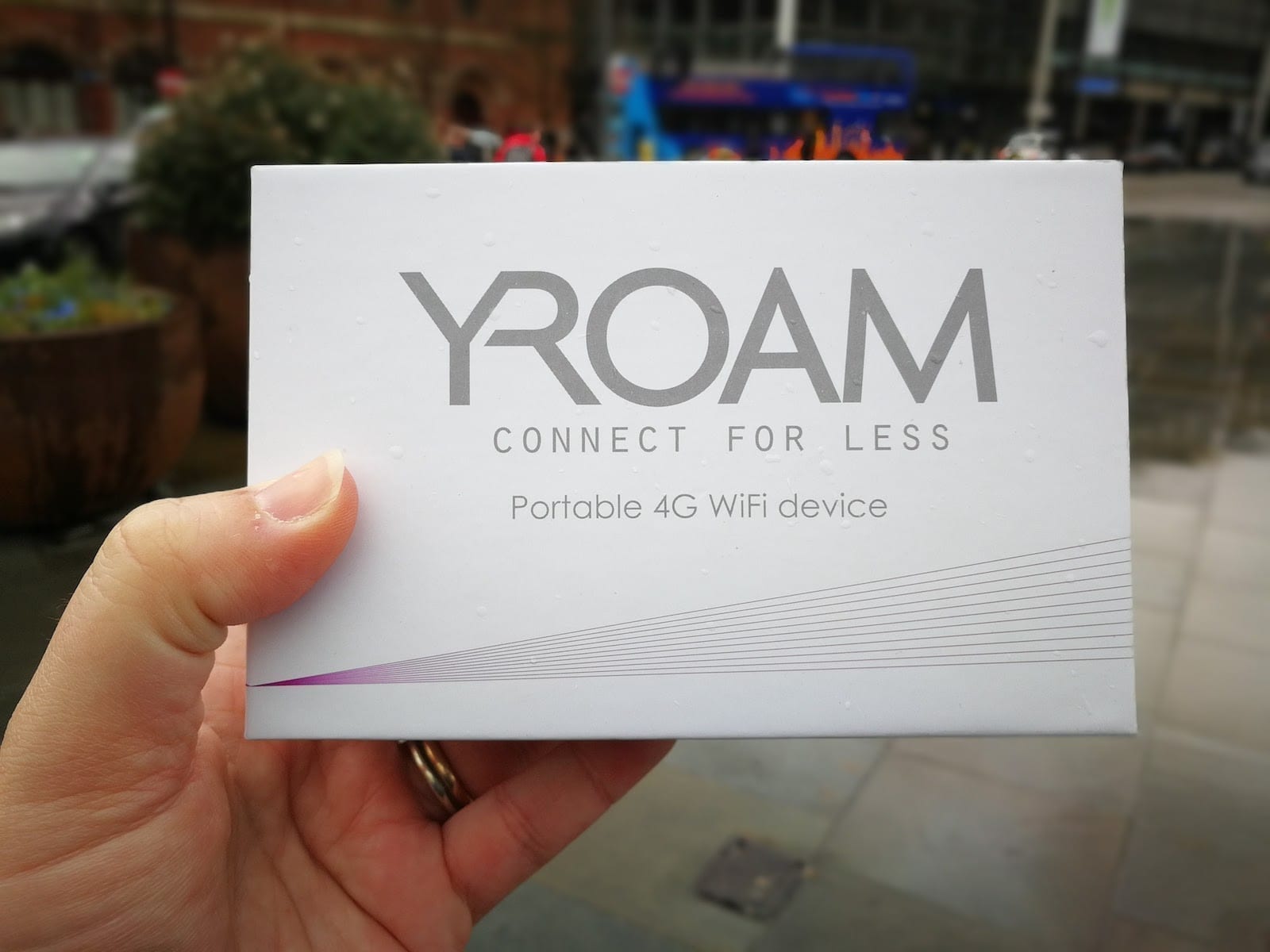 The current guide to data roaming

Before talking about the YRoam offering, let’s recap what the current options are.

Three’s Feel at Home offers excellent value for money for most people, subject to restrictions that could be deal breakers for some.

It’s free and particularly great value for travel beyond Europe to destinations like America, New Zealand, Australia, Hong Kong and many more, but Three doesn’t allow tethering or 4G access when roaming.

Prepay users on Three can get in on the action, making it ideal for holidaymakers that want access to email, instant messages, and social media, but forget about tethering to a tablet, watching YouTube or pretty much anything data intensive.

Other networks might give access to all of your data , or a set quota of data, for a daily fee (commonly around £5/day for non-European destinations) but it depends on the tariff. Some may not have offerings for inclusive data outside Europe at all.

When you come to upgrade, you may also have to give up on some benefits that have since changed. For example, Vodafone used to allow access to all your data from £3 a day, but has since dropped the fee when in Europe, at a cost of a reduced allowance.

Plus, in all of the above scenarios, you’re limited to roaming on whatever partner network(s) your network has a deal with. Is that definitely the best network you could be using, or the most cost-effective choice for your network? Is it using a network simply because it’s part of the same company, when a ‘rival’ offers twice the speed or more?

One way to avoid problems when roaming is to get a SIM designed for travel, but until now these often come with somewhat eye-watering data charges and a contractual obligation.

The other option is getting a prepaid SIM on arrival in your destination. This also has problems, like having to take time out upon arrival to find a place that will sell a SIM.

Tourists coming to the UK are often able to enjoy the luxury of getting a SIM from a shop in the arrivals hall, or even from vending machines, but not every country makes things anywhere near so easy. If you haven’t got access to data until you get a SIM, using your phone to find a place to buy is also made considerably more difficult if there’s no Wi-Fi.

Plus, how secure are Wi-Fi hotspots? Especially those asking for personal information.

In some countries, you’ll also need to be resident in that country to get a prepay SIM. Some companies can do this for you in advance, registering in their own name, but that means careful preparation – as well as having to make sure it arrives on time, or you know where to collect.

It’s also not much good getting a SIM a month in advance, only to find the data has expired.

If everything I’ve written so far sounds like a hassle, that’s because for most people it is. Roaming abroad, especially outside the EU, is a real pain. Nobody seems to be that bothered about changing things from a network point of view, while companies offering solutions have been quite happy to charge people an arm and a leg.

YRoam offers a simple, contract-free, solution that could be a perfect alternative. It also has some additional features so it may not get shoved in a drawer until the next foreign trip looms.

At £199, it’s not an insignificant investment, but once you have the device, there’s no need to spend anything until you need to buy some data. There are also two more SIM slots so you can still consider some of the other options mentioned if you want.

The portable hotspot has a 6,000mAh battery that YRoam states is good for up to 15 hours of usage. The same battery can also be used to charge other devices, thanks to a USB port on the base.

Inside the box is a SIM that communicates with a server (based in Hong Kong) that establishes what networks you can roam with at any given time. Although you will be put on the network with the strongest signal at the time, this will change as you travel around.

The device is 4G and shares a data connection via Wi-Fi to up to five devices.

And the ace up its sleeve, so as to make the device more useful all year round, is that it can be used in the UK too – with access to all operators.

The cost of total flexibility

All bundles last for 30 days.

Sure, that’s not cheap enough for anyone wanting to enjoy YouTube or Netflix, where a single gigabyte wouldn’t last long, but for most purposes (i.e. non-streaming) that’s likely ample.

The touchscreen interface on the device itself constantly informs you of how much data you have left, as well as allowing you to manage your account and configure Wi-Fi access etc.

A smartphone app also allows the same, as well as using the main website. Firmware updates can be made using Wi-Fi, so as not to use up your paid-for data.

I wasn’t able to justify a flight abroad to put the YRoam to the test, so my experience was based on usage solely in the UK. And that experience was, as I hoped, dead simple. Switch it on, wait for your device to connect, and go.

One thing to note is you can’t actually see what network you’re connected to, and the available Wi-Fi channels are on the often congested 2.4GHz channels. However, this didn’t pose any problems for me even with a large list of access points to choose from upon doing a network scan.

While it isn’t clear what 4G technologies the YRoam supports, how many antennas the device has, or whether it supports carrier aggregation etc, on a speed test I found that there’s very little to complain about, whether it maxes out at 300, 150 or even 100Mbps.

Registration online takes no time at all, and the device came with 1GB of data in the box. I am not sure if that was just a bonus for me, or if all users get this, but all of that will be made clearer when you make a purchase.

As for the device itself, the QVGA-resolution display was rather hard to read in bright sunlight, but easily solved by casting a shadow with a hand. It’s not as if you need to look at the display often, and while the YRoam is powered by Android, it’s not a device you can go adding apps to or anything.

YRoam isn’t the cheapest way to get data for use within the UK, but nor is it anything like the sort of crazy rates that some rivals dare to ask for – often with a minimum contract term.

Paying for access to multiple networks is a very clear benefit for anyone that needs the absolute best chance of a good, fast, service wherever they go. There’s no point bagging a cheap SIM full of data and then having no service, or finding that it’s 2G only.

Even the UK isn’t yet completely covered with 4G on every network, so £9.99 per gigabyte is actually excellent value when you look at the bigger picture.

Although YRoam is likely to appeal most to business users, and there’s definitely going to be that perception that only businesses ‘need apply’, YRoam offers a pretty enticing package to anyone. The prepay offering makes it accessible to everyone, with a one-off fixed cost to work out, then total freedom from then on.

Ultimately, price is important but it’s not the deciding factor on whether to buy a YRoam device. If you need flexibility, there’s not really any other choice.

4 thoughts on “YRoam makes data roaming simple, fast, and free of commitment – even in the UK”