It follows the launch of the Gemini in 2017, which began shipping in quantity earlier this year.

Interested parties will be able to support the Cosmo via crowdfunding, with units shipping from May 2019.

The most significant changes on the Cosmo, compared to the original Gemini, is the addition of a 2-inch external colour touchscreen and fingerprint security.

While the Gemini offered a series of customisable LED notifications, feedback from the original model suggested an external display was one of the ‘features’ most missed. 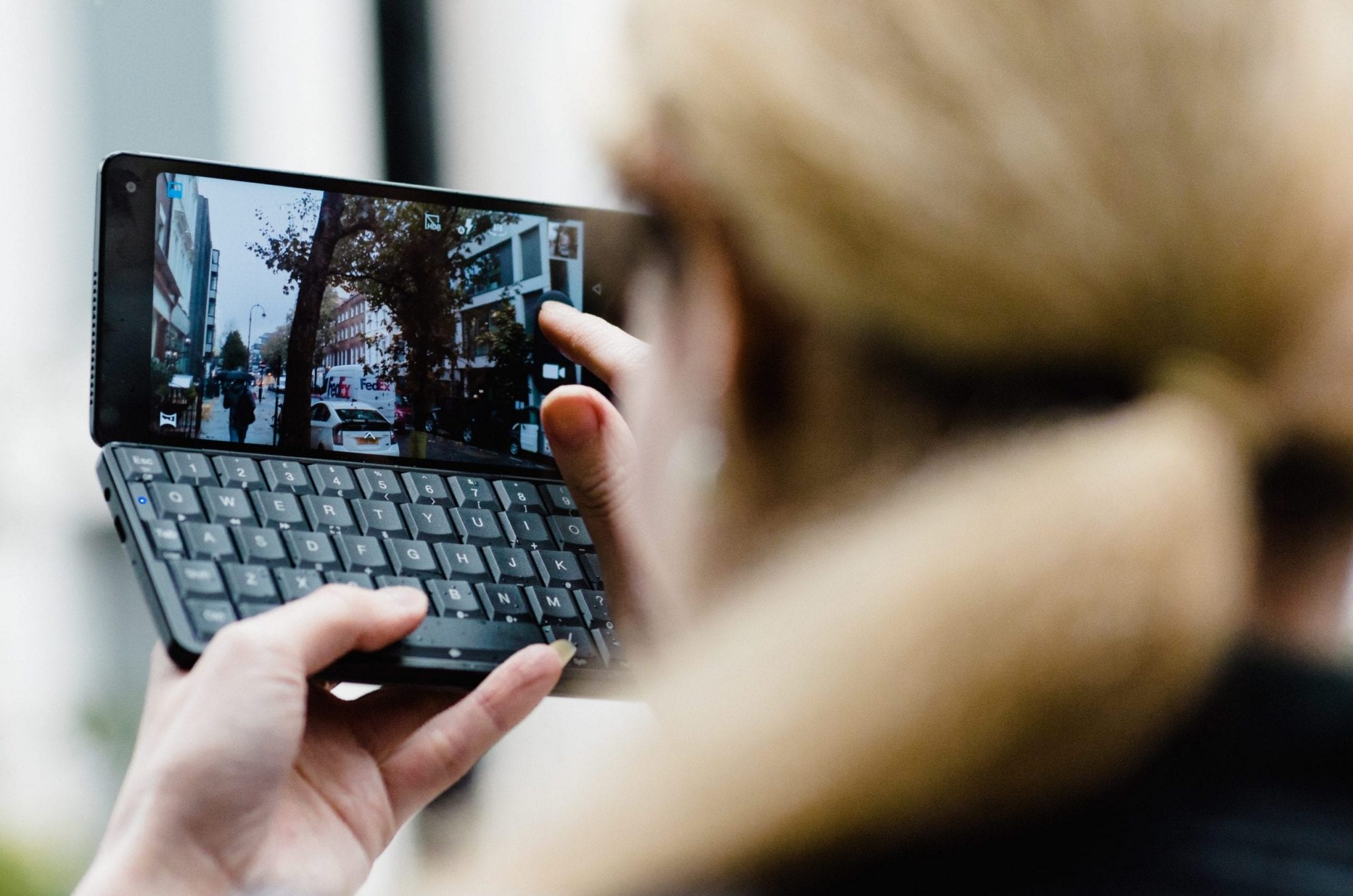 Other feedback related to the rear-facing camera. Although the Gemini had an optional camera module, the Cosmo now has a permanent external camera bumped up to 24-megapixels. 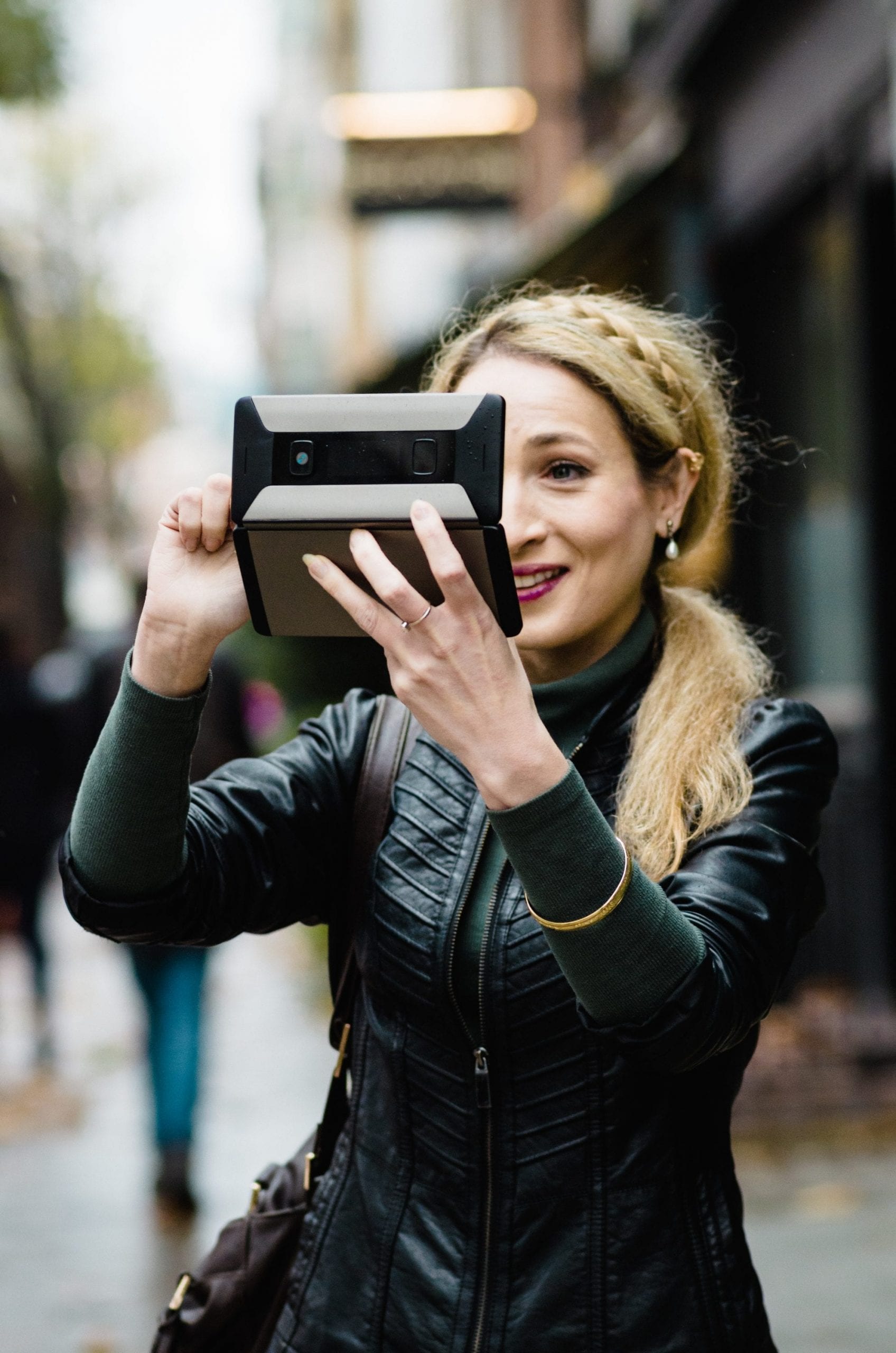 The Cosmo also ships with Android Pie, and like the Gemini will also allow the running of Linux (Debian) or Sailfish OS.

Another new feature is backlighting for the keyboard that is based on the original keyboard design of the Psion Series 5 PDA from the late 1990s.

It is still to this day one of the best keyboard designs for a portable device, and one of the key selling points for both the Cosmo and Gemini PDAs.

Chipset wise, the Cosmo will run on an octo-core MediaTek P70 processor with an ARM Mali G72 GPU, plus 6GB of RAM and 128GB of expandable storage. 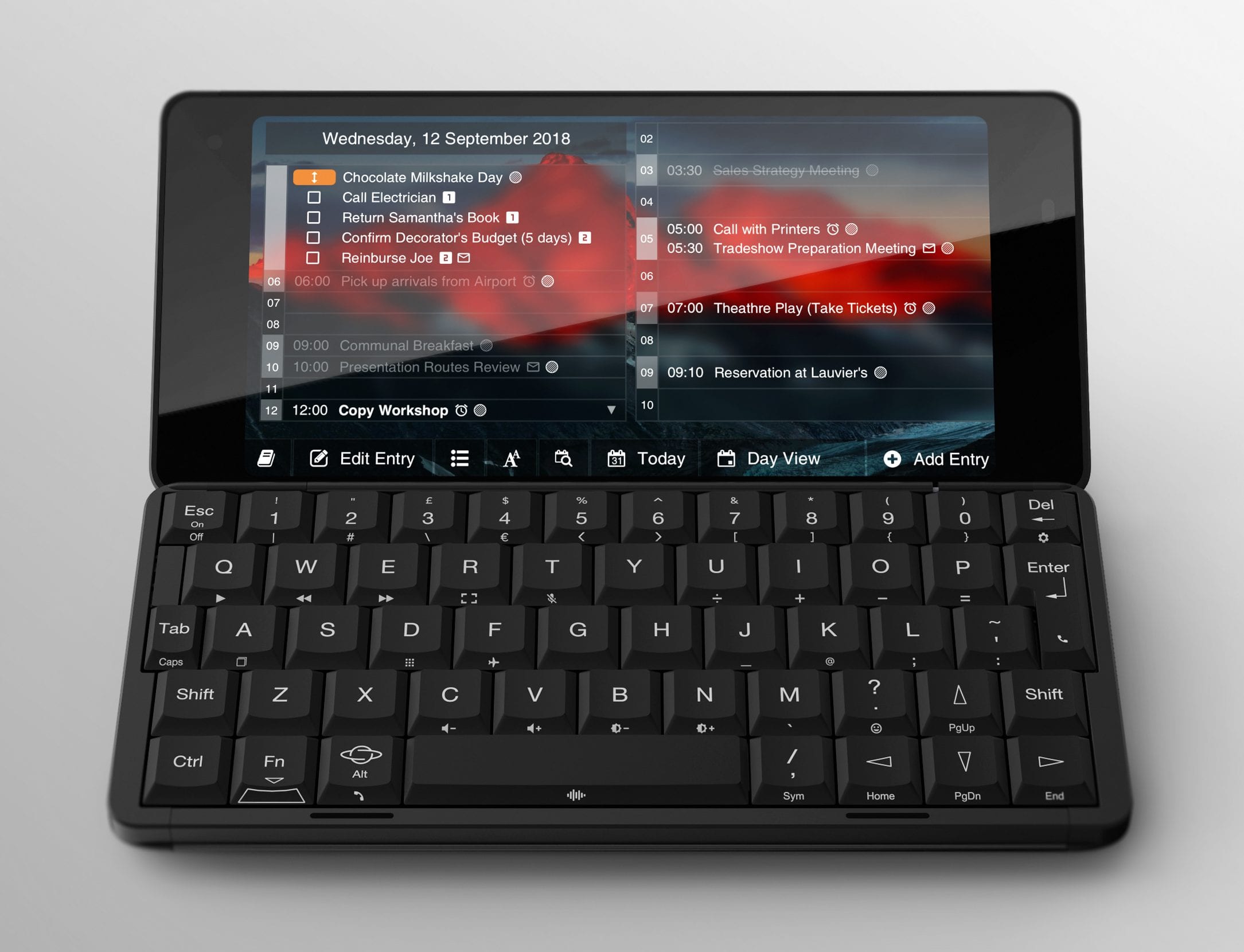 It will continue to pack in a large battery (exact capacity not stated at the time of writing, but the Gemini has a very respectable 4,220mAh pack – Update: It does have the same 4,220mAh battery) and support voice controls, as well as keeping its 6-inch touchscreen display and dual USB-C ports, allowing simultaneous charging and connections to peripherals or outputting of the display to an external monitor. 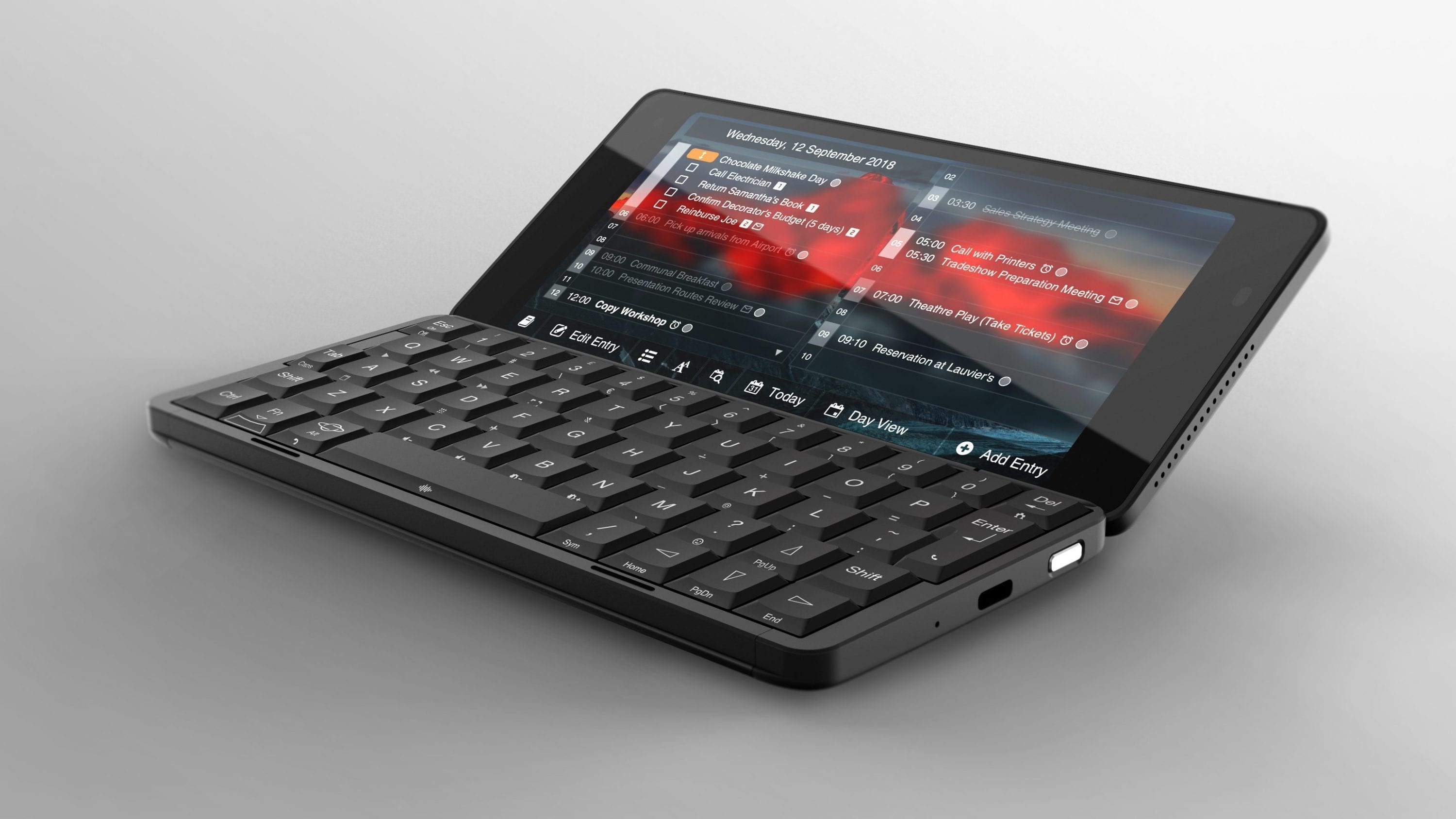 The Cosmo also has both a standard 4G SIM slot and eSIM for future use, as well as stereo-speakers and a modified chassis that includes two support feet for the hinge when in use.

To find out more, or to back the project, go to the dedicated Indiegogo site. 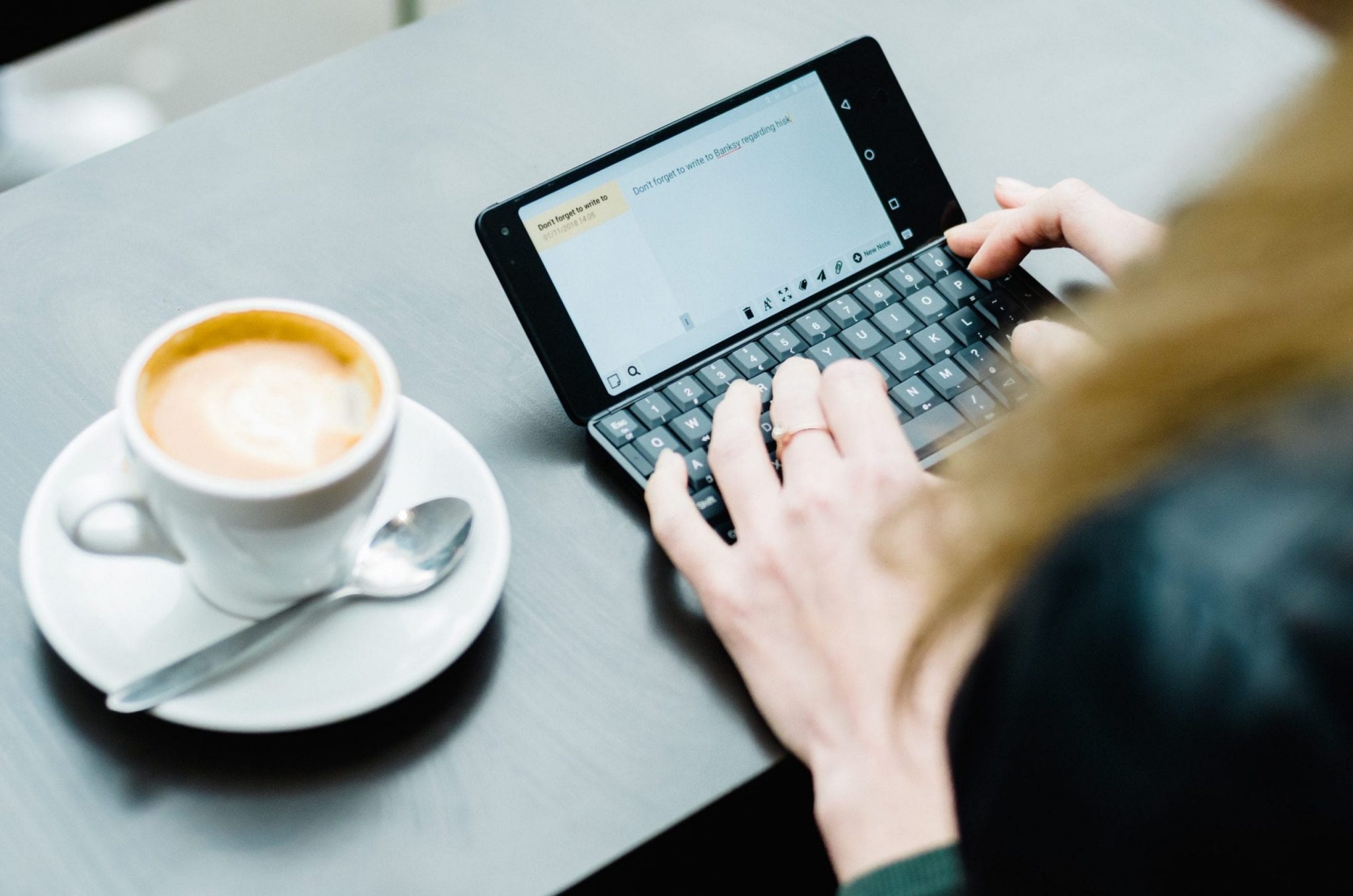 I always saw the Gemini as a secondary device, so the lack of an external display or even a high-spec camera was never a concern for me, but it’s clear some users wanted to carry just the one device and asked for these features to be added.

However, everyone will benefit from the improved notifications that a second screen allows and there’s certainly no harm in having a better camera.

The addition of a fingerprint sensor, and NFC, are very welcome improvements. As is the inclusion of a backlit keyboard.

I also hope that the battery is at the very least the same capacity, or even higher, than the Gemini. I was very impressed with the battery life on the Gemini, so have high hopes here. Especially with Android Pie shipping out of the box, offering even better power management. The newer MediaTek chipset should also offer improvements too.

It’s obviously very early days and my only real concern will be how long it takes for the Cosmo to begin production (assuming the crowdfunding campaign is a success, which I am sure it will be) and start shipping to users.

As soon as I can, I hope to get a chance to see a pre-release model and give further thoughts on what sounds like another great product for those who have fond-memories of the original Psion organisers, and a new-generation that has perhaps not had a chance to fully appreciate the benefits a ‘proper’ keyboard can bring to a highly-portable device. 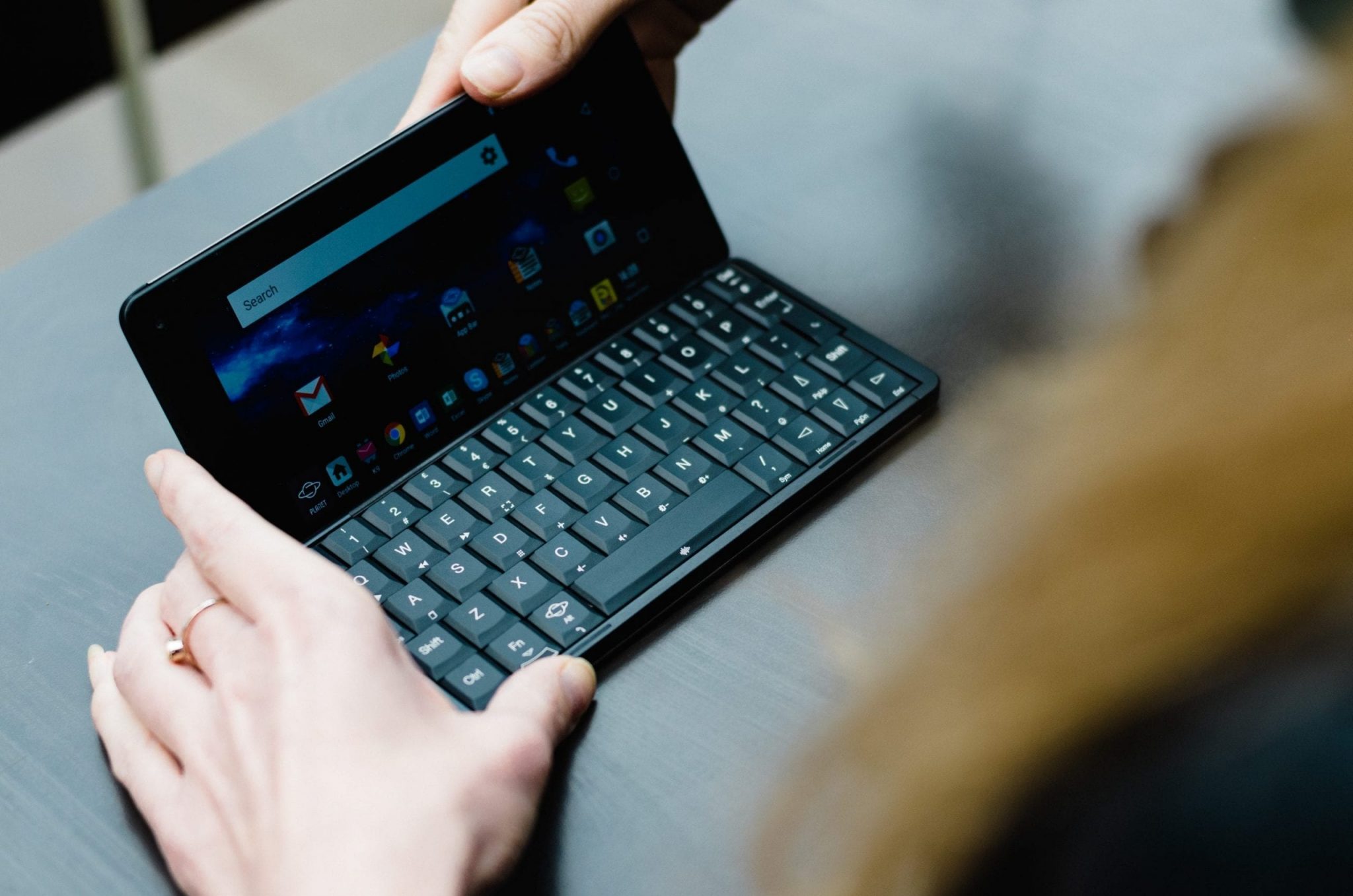 While all eyes will now be on the new family member, Planet Computers isn’t pulling the Gemini from sale, and has promised continued software updates – including the roll out of Android Oreo and updates to Sailfish OS and Linux OS. You can see my Gemini Review here.