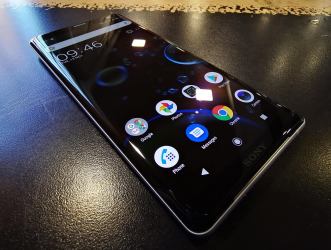 Can Sony get its mojo back? With so many phones grabbing the headlines in the run up to Christmas, Sony’s XZ3 has seemingly been all but forgotten about.

But I’ve had a chance to test the phone for the last month and feel it only right to remind everyone that, yes, Sony does still make phones. And here’s a review to prove it!

It’s a shame that Sony has gradually become less relevant in the minds of many, even long-time fans that go way back to the halcyon Sony Ericsson days.

The problem is more down to successive disappointments from Sony over the years (from designs that never changed, to chipsets that overheated and caused a number of problems).

The near lack of advertising has also allowed Sony to drop out of the public mind, in favour of newer entrants like OnePlus and Honor, the recent UK entry of Xiaomi, and of course the bigger players like Huawei and Samsung. There’s Apple of course too, but I’m concentrating on Android makers here.

Anyway, I am sure you didn’t come here for an opinion piece on the success or failure of Sony, and just want to know if the XZ3 is any good. So read on…

The main criticism I’ve had about Sony for years has been the six-monthly release cycle, which means that once a new phone has been on sale more than a few months, it’s probably wise to hold off for the next release. For many, it might mean never buying one at all.

Other manufacturers do similar, but are often a little smarter in the way they do it. Samsung toggles between the Galaxy S and Note lines, while Huawei has the Mate and P-series to swap between.

The XZ3 is a big step up from the XZ2 released earlier this year, let alone earlier models with the huge bezels top and bottom. The AMOLED screen wraps beautifully around the left and right edges, making for the best looking Sony phone, bar none.

At 6-inches, and with a 1440×2880 pixel resolution (537PPI) with HDR10 support, the screen proves that there’s little need for a 4K resolution Premium version, as any extra pixels are absolutely superfluous.

The back is nicely curved with a transparent glass finish (as per the XZ2 before it), and it still manages to be as slippery as almost all Xperia flagships before it. The edging feels quite sharp, and gives you a chance of holding the phone without it slipping through your fingers.

Nevertheless, it always felt a little slippery in the hand and a protective case is an essential investment. Fortunately, Sony provides a range of case designs to suit all tastes, even before you look at the third-party options available online.

Giving the camera the finger

There’s still only a single camera lens on the back, along with a dual-tone flash and laser autofocus. Beneath the centred camera is the fingerprint sensor, mounted half way down the phone; a placement that beggars belief because it’s extremely difficult to find when you hold the phone normally.

I almost always touched the camera instead. I expect you’d do the same, especially if you’ve got another phone with a rear-mounted sensor already, but it is fair to say that you would eventually get used to it as you develop the necessary muscle memory. 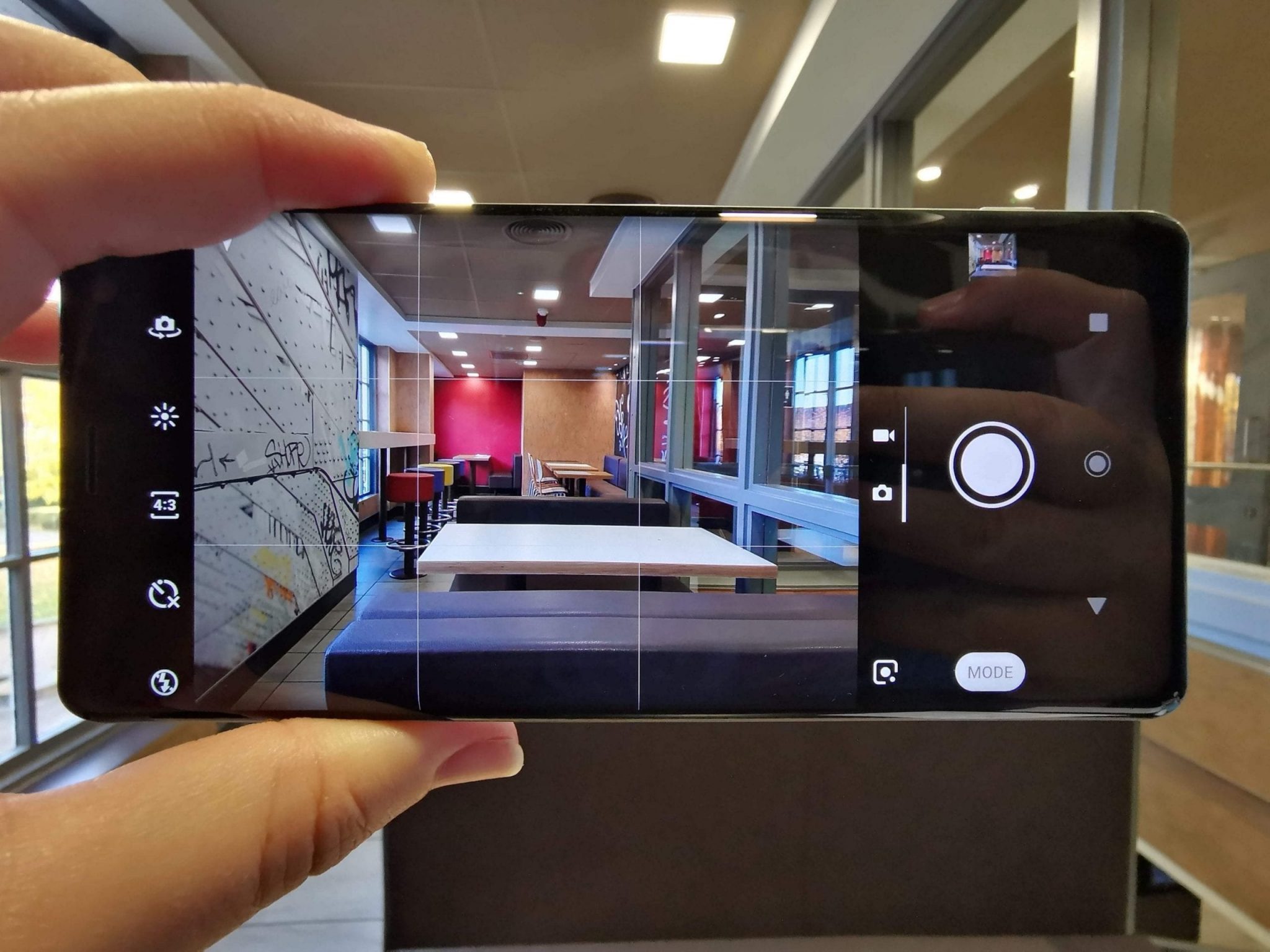 As for the camera itself, there’s little change from earlier models. Sony clearly likes its 19-megapixel, f/2.0, image sensor, and whereas earlier models have disappointed through poor image processing, it seems Sony has at last made some improvements here. I don’t know if the same improvements have been rolled out to other Sony models this year, but I would certainly hope so.

One of the big problems with all Sony mobile cameras hasn’t been the quality of the hardware, but the software. Look at photos on a big screen at 100% and you can see how bad the attempt at enhancing the image can be, to the point where some photos can look like oil paintings.

The XZ3 camera is by no means perfect (you can see sample photos below) but it has definitely improved, with the images remaining quite sharp. It seems Sony has ditched the idea to soften things into a messy blur.

The camera offers an exceptionally fast and accurate autofocus, plus decent image stabilisation for stills and video (recording up to 4K resolution, with HDR). There are still a myriad of camera modes – all available from within the main camera app. No longer will you need to fire up a separate app for 4K video recording, as older Sony phone users will remember only too well.

It’s great that Sony still to this day includes a dedicated camera button with a two-stage shutter function. This is something that is so often ignored by rival manufacturers, much to the annoyance of users wishing to quickly point and shoot.

The XZ3 ticks all the right boxes when it comes to the hardware internals, with Qualcomm’s flagship Snapdragon 845 SoC, 64GB of onboard storage (plus memory expansion via microSDXC cards), 4GB of RAM, stereo sound, Cat 18 4G (1200/200Mbps) and wireless Qi charging all notable features.

The phone also retains the adjustable dynamic vibration system that can add extra feedback to game playing and media consumption, even if it can often feel rather too random to be of much use (hence why it’s good that you can adjust it on a per app basis). 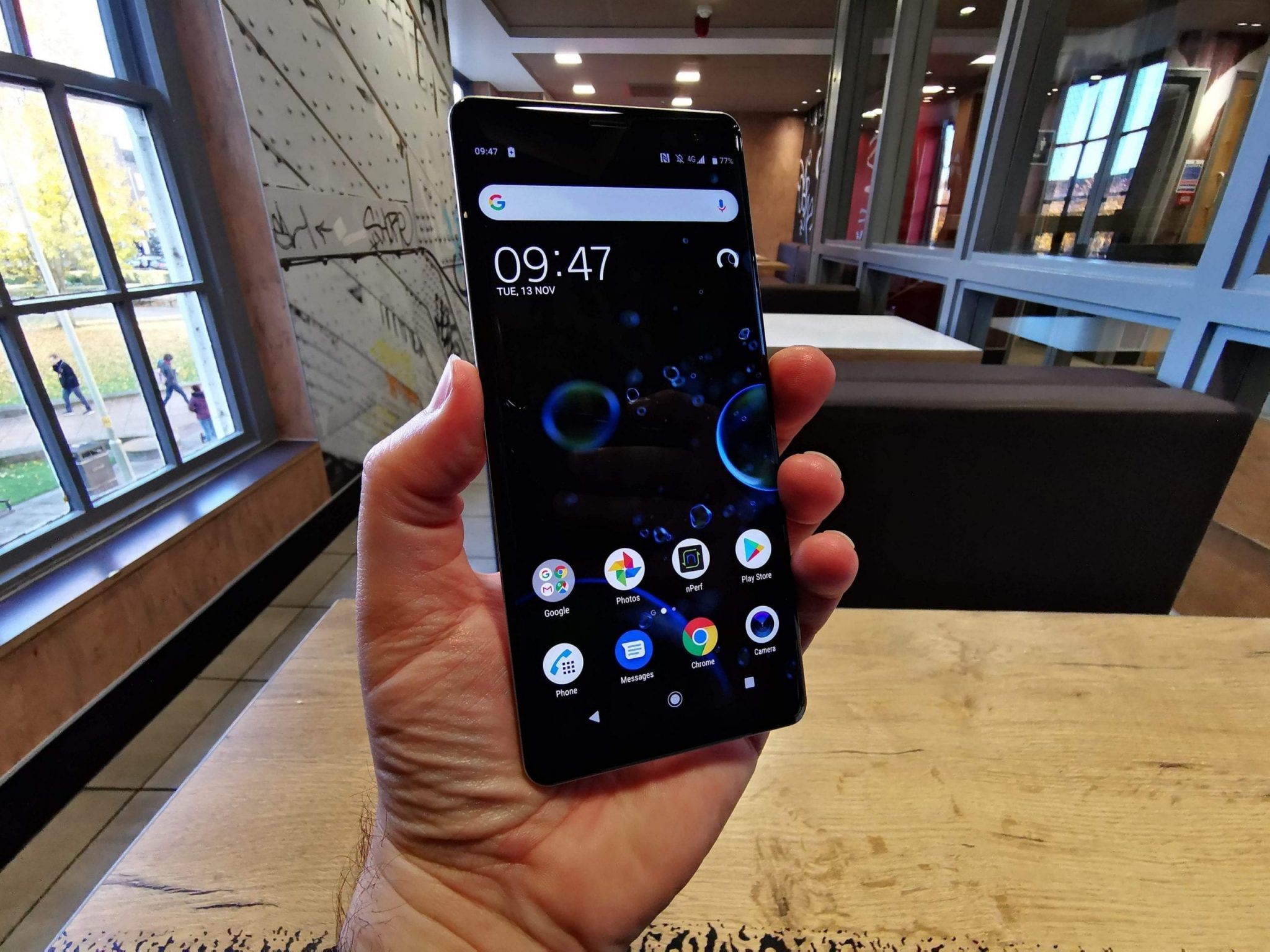 There’s a 3,300mAh battery which is a little on the low side by today’s standards, but Sony packs the phone with the excellent Stamina feature, offering varied levels of performance to squeeze every last second of life from the battery.

The phone can predict when you might need to charge based on your usage, as well as slowing charging overnight to increase the physical life of the battery.

In my time with the phone, I was able to get 3 or 4 hours of screen on time and comfortably reach the end of a day without running out of power. If I had ever needed more time, throttling the performance further would have been an option.

I never went beyond the lowest of the three options, which has the least compromises on performance, and with the ‘balanced’ option I could have gained around seven hours standby, or almost 11 hours more in the ‘battery time preferred’ mode.

Missing a slice of pie

The phone shipped from day one with Android Pie installed, but Sony went and did something rather silly (in my opinion) by leaving out the Digital Wellbeing function, which is a pretty major new feature of Android that can manage your usage of the phone, rather like parental controls for a child.

Designed to urge you to use apps less – especially at the end of the day when you should be winding down to sleep – this is a particularly important feature now that we’ve all become so heavily addicted to our devices, often to the detriment of our ‘real world’ living.

There are also reports that Sony is to remove the theming engine in the phone, which will make it harder to customise the phone to give it a new look and feel.

Back when the company was Sony Ericsson, it pretty much invented phone theming, so it would be a real shame to see it axed. 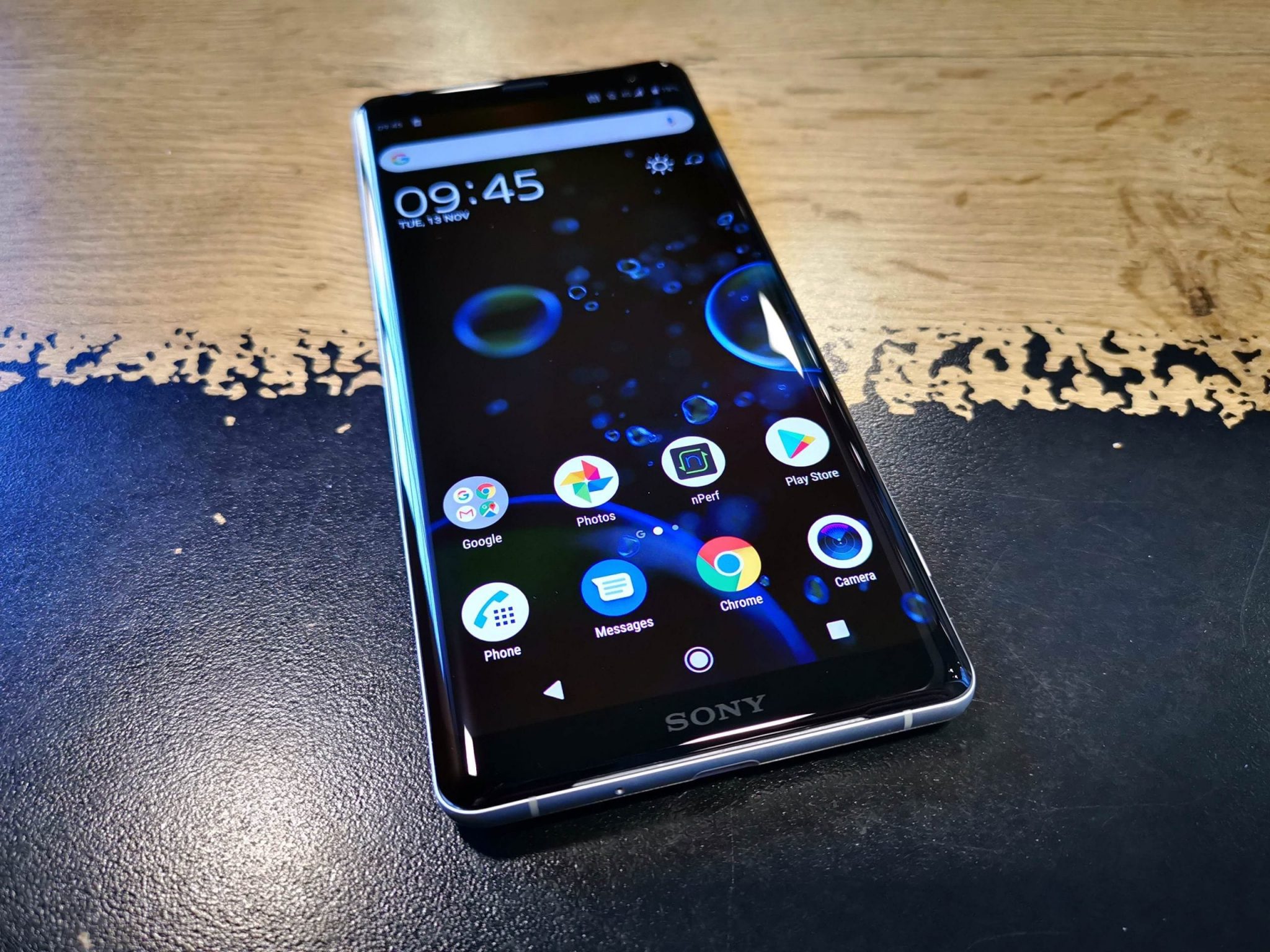 If anything, I wish Sony had gone further to allow more aspects of the phone to be customised (such as fonts), but in the last few years Sony has been gradually ending support for all of its own developed features, and moving towards a more vanilla Android experience.

I can well believe the next Sony phone will become part of the Android one programme, which would likely be revered and despised in equal measures by users. Think faster updates, but with less of the Sony branding.

A risk of doing this is that Sony loses yet more of its identity and ends up even more anonymous amongst a sea of similarly specified smartphones. 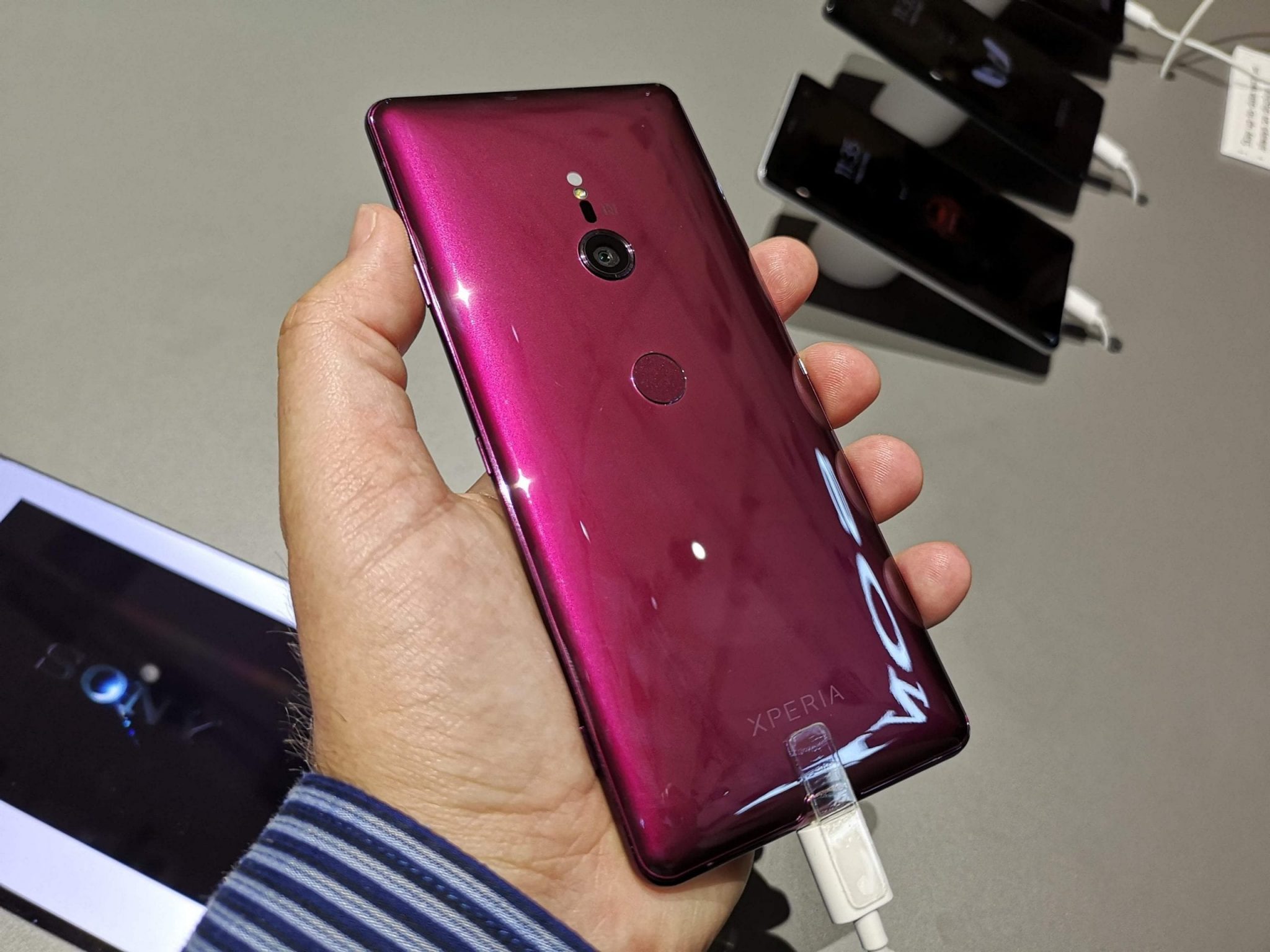 The XZ3 is Sony’s best phone to date, without any shadow of a doubt. The screen is gorgeous and all the jokes about Sony’s huge bezels finally end here and now. While there’s still some bezel left to shave off in a future model, there’s little to complain about as it is.

The lack of a notch will also keep many people happy.

Sony can be proud to have made a phone on a par with rivals, but I don’t feel that given its situation, it can really command such a high price (£700 SIM-free) when there isn’t really anything unique that it brings to the table.

Samsung has the Note 9 with a pen, Huawei has its multiple cameras. Sony has a curved edge display that isn’t unique, and a single camera that seems very outdated.

But what of the Pixel 3 phones you say? Well, yes, you’ve maybe got me there – but Google hasn’t sold many Pixel phones since its first models launched in 2016, so isn’t something Sony wants to be copying.

Plus, Google has arguably got one of the best cameras on the market (ironically using a Sony sensor) thanks to the cutting-edge camera algorithms that produce images matching, or even surpassing, cameras with multiple sensors. Sony doesn’t has anything of the sort on the XZ3. 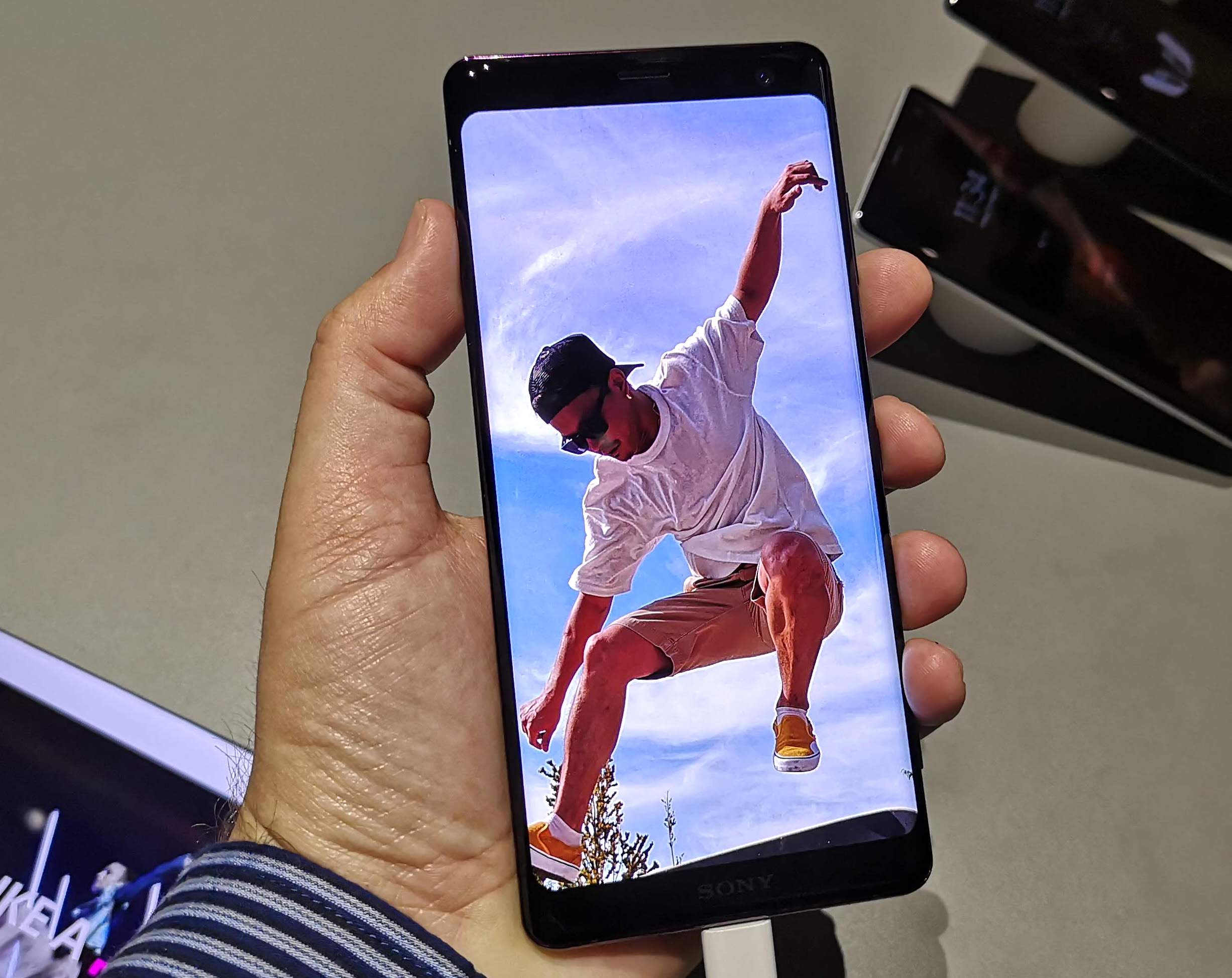 All this makes my conclusion a, um, little inconclusive.

If you can find the phone at a price too good to pass up, perhaps on a special promotion with freebies thrown in, or on a plan that isn’t going to bump up the cost of ownership too much, you’d certainly have no reason to dislike the phone. It’s a top-performer for sure.

Perhaps you’ll read this review in 2019 when Sony announces its next model and you can pick one up for a nice discount.

Frankly, if you’re going to be spending around £700 on a phone now, you can definitely find something that has a little more panache. For example, you’ll currently be able to get the Huawei P20 Pro, with three cameras, for almost £100 less. Or there’s the OnePlus 6T, the Xiaomi Mi 8 and Mi 8 Pro, the Pocophone F1, the Huawei Mate 20 Lite, or even the Honor 8X at under £230! The list of alternatives – all for less money – are huge.

On the plus side, Sony’s 2018 releases show promise that if the company can come up with something special and unique on its next model, it might be able to get back into the game.

Oh, and spending a few quid on advertising won’t go amiss either.

2 thoughts on “Sony XZ3 Review: An almost unnoticed phone that deserves to be seen”