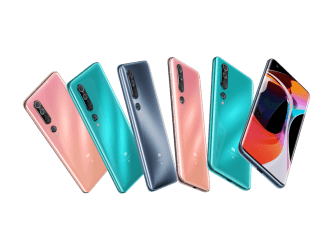 All eyes have been on Samsung’s recent S20 series launch, but Xiaomi is about to join the battle for camera supremacy with the release of the Mi 10 series in Europe.

The Mi 10 and flagship Mi 10 Pro features the same incredible 108-megapixel monster camera and recently achieved a record score of 124 from DxOMark.

Like the Samsung Galaxy 20 Ultra, the Mi 10 series can also capture 8K video (7680×4320 pixels) and grab individual 33-megapixel stills with a simple tap on the screen.

According to Xiaomi, the Mi 10 Pro recently achieved sales of £600m (RMB 5.5bn) through the sales of hundreds of thousands of handsets within the first 55 seconds of going on sale in mainland China.

The Mi 10 and Mi 10 Pro are each powered by Qualcomm’s Snapdragon 865 SoC, with multi-gigabit 5G support, and high performance for CPU, GPU, camera and AI capabilities.

High-speed LPDDR5 memory is accompanied by UFS 3.0 storage, as well as Wi-Fi 6 support to take full advantage of the higher 5G speeds.

Essentially the same in terms of size and weight, the Mi 10 Pro adds a 2x telephoto camera with 10x hybrid zoom and a higher megapixel ultrawide camera over its Mi 10 sibling.

Investing in the future

Other firms that Xiaomi is investing in include Expressif (IoT) and amlogic (SoC development). Xiaomi has also funded a start-up team of its own for the 30W wireless charging and 10W reverse wireless charging tech in its new devices.

Due to the cancellation of Mobile World Congress, Xiaomi’s European event that would have included pricing and availability details for the UK was postponed, but the company will be giving further details soon.

Whereas Samsung’s flagship Galaxy S20 Ultra will set you back at least £1200 SIM-free, pricing for the Mi 10 Pro series is rumoured to start from under €600.

If so, this will really throw the cat amongst the pigeons. The Mi 10 Pro may not have the 100x zoom facility, or such a high-resolution display, but the phone will be more than half the price.