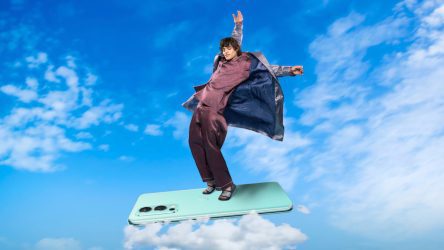 OnePlus has finally revealed the Nord 2, which like most previous OnePlus launches the company itself has pretty much fully revealed over the last few weeks. In addition, it launched the new OnePlus Buds Pro earbuds too.

The Nord 2 has been eagerly awaited, given how successful the original Nord was when launched last year. In many ways, the Nord 2 is a slightly cut down version of the flagship OnePlus 9, carrying over many great features and representing excellent value for money.

You will still get a lot for your money, with MediaTek’s flagship Dimensity 1200 SoC inside, renamed the Dimensity 1200 AI thanks to a few tweaks made for this phone. While not as powerful as Qualcomm’s Snapdragon 888 chipset, it remains to be seen if the MediaTek chip will be more efficient and perhaps suffer less from the thermal throttling and heating issues that many SD888 phones have experienced – exposed in particular due to the current heatwaves around the world.

The new ANC system intelligently drowns out unwanted sound frequencies in real time, adjusting the level dynamically to keep the wearer totally immersed and undistracted. This is achieved through three microphones in each earbud, which can help filter noise levels of up to 40dB.

With both technology and its mechanical design playing a part, the OnePlus Buds Pro will keep calls clear even in loud environments.

Battery life is rated at up to 38 hours, along with a charging case on full charge. 10 hours can be gained from a 10 minute charge, and the case can be charged with OnePlus’ Warp charge chargers, or wirelessly with any Qi compatible charger.

Finally, the Bluetooth 5.2 earbuds feature a Pro Gaming mode to reduce latency to as little as 94ms.

Pre-ordering opens today (July 22nd) at 4pm, and those who order between now and midnight on July 27th (the day before it’s official release) will get 10% off a Nord 2 phone case and screen protector, as well as 50% off a pair of OnePlus Budz Z earbuds.

Three and O2 will be carrying the Nord 2 8+128GB model on a range of pay-monthly tariffs, with a choice of blue haze and gray sierra colour variants.

The gray sierra colour is the only colour for the 12+256GB model, which will be available – like all variants – at OnePlus, John Lewis, and Amazon.

The OnePlus Buds Pro will retail for £139 and pre-ordering is open from August 18th through to August 24th, whereby the earbuds will go on general sale from August 25th via OnePlus and Amazon.