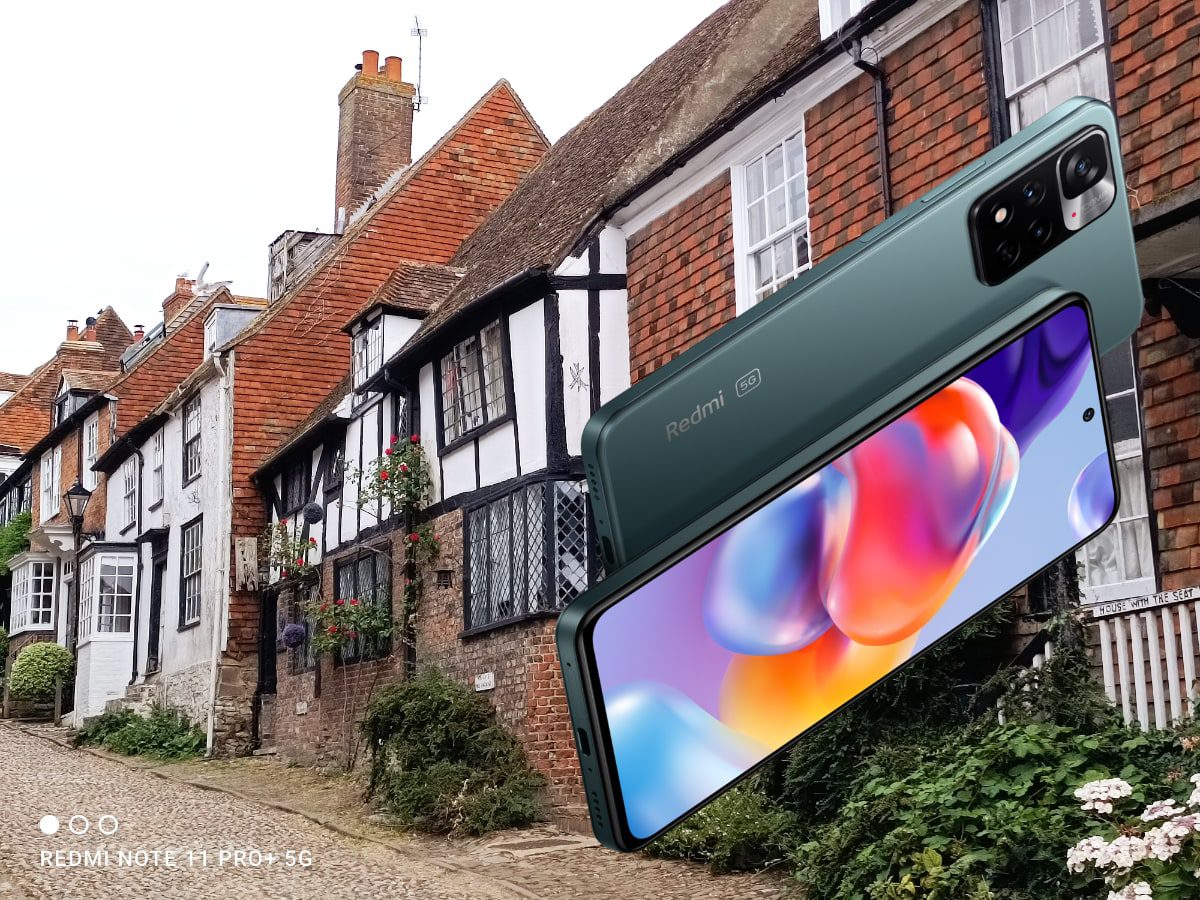 In the case of the Redmi Note 11 Pro+ 5G, the company is offering users a great balance between performance and value, bringing high-end features to the savvy consumer who no longer wants to drop a grand on a new phone.

The standout features of the Redmi Note 11 Pro+ 5G is the 108-megapixel primary camera, as well as an incredibly fast 120W charging speed for the internal 4,500mAh battery.

Where Redmi has helped save on cost is the use of MediaTek’s Dimensity 920 SoC, a chipset that has already been used in the Realme 9 Pro+ to great effect.

It’s not going to set the world alight in terms of performance, but if you’re not massively into gaming then it’s quite probably the one thing you’ll be happy to compromise on, as long as everything else is up to scratch.

And as you’ll learn in the review – the phone offers a lot for a phone starting at as little as £329 (the official retail price starts at £369 but Xiaomi runs regular promotions and offers, so it will rarely take long to find it at a discount on the official store).

There’s more than a little resemblance to Apple’s latest iPhone range with the boxy, hard-edged, design of the Redmi Note 11 Pro+, but when it comes to the camera design on the back – Redmi has really done a great job of making this phone look like it has a far better camera setup than it does.

That’s not to say the camera performance is bad (you’ll see more on the camera capabilities later on), but at first glance you’d be excused for thinking there are five individual cameras on the back. In reality, the phone actually comes with just three (four, if you include the front camera). One of the fake lenses is a LED flash, and to the right of that is a dummy lens. Yes, it’s just there for show.

However, I’m willing to keep quiet if you are.

On the right-hand side is where most things are happening, with the volume keys and a combined power button with fingerprint reader. At the base is a USB-C port and one of the two speakers on the phone. The second speaker is found at the top, and the audio is tuned with JBL – with support for Dolby Atmos.

While a side-mounted fingerprint sensor is often considered a cheap option, it’s also preferred by many users for its speed and accuracy.

You’ll even find a headphone socket at the top, as well as an Infrared transmitter that means you can use the phone to control other items around the home, including appliances like air conditioners that I’m sure everyone wishes they had right now.

Oh, and did I mention there’s even IP53 dust and splash resistance?

For the money, there’s an awful lot going on inside this phone.

There’s one more thing that seems a rarity these days, just like a headphone socket, and that’s expandable memory. With a base of 128GB fixed storage, you can add a further 512GB via microSDXC card in this phone – another plus.

With a low price, there’s got to be an expectation of some sort of cost-cutting – but there’s no obvious sign of that going on when it comes to the screen.

There’s no LTPO tech here, so you won’t get a variable refresh rate option, which is pretty much the only omission. It’s not going to matter that much day-to-day.

The camera is where things get interesting. Sure, Redmi has perhaps been a little cheeky in trying to make it look like there are more cameras than there are, but the most important thing is the overall quality.

As you can see from the photos taken below, the primary camera is fantastic and captures colours brilliantly, with plenty of contrast and a nicely controlled exposure with auto HDR. It’s a sensor that has been used to great effect in previous (and more expensive) Xiaomi phones, and with so many pixels you can also enjoy a realistic level of zoom without losing detail (the camera app has steps in 2x increments, and both 2x and 4x work well – with quality tailing off once you reach 6x or jump to 10x).

Where the compromises start to show is for the other two cameras, from a rather basic 8-megapixel ultra-wide camera to the pretty much pointless 2-megapixel macro camera. Redmi could have easily gone with just two cameras and perhaps used the money saved on the macro sensor for a better ultra-wide sensor.

Video recording also tops out at just 30fps in 4K mode, and comes with quite a lot of audio clipping in noisy environments.

The front-facing selfie camera, at 16-megapixels, performed extremely well and won’t disappoint anyone wanting to add to their IG stories.

MediaTek’s Dimensity 920 chip is a mid-range processor with a highly capable GPU, that won’t compete at the high-end, nor does it try to.

It is more than enough to ensure a smooth phone usage experience, and the side-mounted fingerprint sensor with its quick unlocking only goes to further boost the overall user experience.

With an AnTuTu (v9) score of 487,012 you can see it holds its own, with the graphically intensive benchmarks still looking respectable. You can still play some powerful games on a casual basis without tearing your hair out.

Battery life is always another beneficiary of less powerful hardware, although the brightness of the display can make quite the dent in the screen-on-time. Besides offering 5-6 hours of SoT with mostly indoor use (brightness mid-level), the phone comes with 120W charging support that can quickly get back to maximum in no time (well, circa 22 minutes to be more accurate).

Assuming your usage is more modest, it will easily last a full day and then some.

It might have been preferable to have more than just 4,500mAh (many rivals now offer up 4,800-5,000mAh) but it’s probably being overly picky given you are getting a phone for under £350 and it comes with such a fast charger included in the box.

The Note 11 Pro+ 5G comes with MIUI 13, built on Android 12, and Android 13 will likely arrive this side of Christmas once Google rolls it out in the autumn. MIUI may not a familiar UI to everyone, but you can see more about the Xiaomi/Redmi custom skin in my Xiaomi Mi 11 and Xiaomi 11T review.

There are some elements inspired by iOS that not everyone will love, but you can in most cases opt to switch between the customised layouts and a more native and familiar Android look and feel.

Like so many phone makers these days, the Redmi Note 11 Pro+ 5G is just one of a number of models in a series – and there are four models to choose from here.

At the top is the phone reviewed here, and beneath that you will find a standard Note 11 Pro 5G (using a Snapdragon 695 chip, and dropping to 67W charging, but costing just £10 less – so there’s really no point considering this – unless the 120W model goes up in price again), a 4G-only Note 11 Pro at £209, and a 4G-only Note 11 at £169, which comes with a much more basic spec and inferior camera.

I wouldn’t recommend a 4G only phone at this point in time. Even if you don’t have 5G available yet, it will be continually rolling out nationwide and 5G brings more than just speed improvements. Like 4G, there will be new spectrum that improves coverage (especially indoors) which you will want to have access to.

The only real limitation of this phone over other models is the lesser powered processor, but if you’re not into gaming (or other unlikely tasks like editing videos shot on the phone), you’ve really got nothing to worry about. The phone is never going to lag, and the cheapest 6GB+128GB model will perform just as well as the 8GB RAM model that costs £30-70 more (depending on the current promotion).

The memory expandability is a great bonus, although with fast Wi-Fi and 5G connectivity, anyone using the cloud for storing content will probably be fine with 128GB – a level I consider to be the ‘sweet spot’ for onboard storage in almost all usage cases.