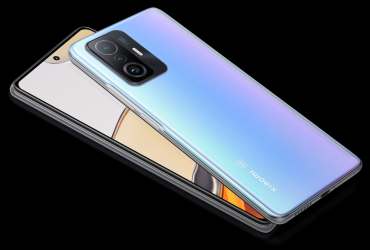 The Xiaomi Mi 11 was a big hit this year, and now Xiaomi has released the Xiaomi 11T – bring a very similar experience at an even better price.

One of the most impressive phones of 2021 for me has been the Xiaomi Mi 11, which not only upped Xiaomi’s game in the imaging stakes (both the camera, as well as a gorgeous display to enjoy them on), but also took things to another level for video.

So much so, Xiaomi really pushed the Mi 11 hard for its wide range of video recording and editing features, which equally targeted both content creators and those just wanting to add some fun and sparkle to their videos.

Now, Xiaomi has launched the 11T (the company has dropped the Mi moniker this time around) that offers most of what the Mi 11 brought to the table, but leaving you around £200 richer in the process.

The Xiaomi 11T is powered by MediaTek’s Dimensity 1200 SoC instead of the Qualcomm Snapdragon 888 that keeps the Mi 11 going (and the alternative 11T Pro also released this month), and some may see this as a downgrade, with others seeing this as a major bonus.

What camp you fit into depends on your usage needs, and Snapdragon 888 definitely wins on the raw benchmark tests. However, just as I found in the OnePlus Nord 2 (and a comparison with the Snapdragon 888 OnePlus 9), the Dimensity chip generally offers a more consistent experience, with less heat-related issues and a boost to battery life. That could well be the decider for many.

With the 11T coming with a larger 5,000mAh battery over the Mi 11’s 4,600mAh battery, there’s a further boost for those who consider strong battery life a key decider. The 11T comes with 67w wired charging, but no wireless charging. With it taking 37 minutes to get from 0% to 100% over a wire, getting back up to speed is not an issue – and hopefully something you won’t be doing too often in any case.

The Xiaomi 11T Pro offers a whopping 120W wired charging, reducing the 0-100% charging time to 17 minutes. This charging technology is likely become commonplace in 2022, coming with a series of assurances of quality and safety to allay the obvious fears and concerns, but the Pro model also comes with a £100 premium. It’s nice to have the choice though.

Both the 11T and 11T Pro are virtually identical in exterior appearance, with a plastic back replacing the glass or ceramic of the Mi 11 and Mi 11 Ultra models. Once in a case, you’ll never tell the difference. The arrangement of the cameras looks bolder than the Mi 11, even if the sensors are essentially the same.

One big difference is a side-mounted fingerprint sensor integrated within the power button. That initially struck me as odd, when in-glass sensors are now filtering down to even entry-level phones, but it has likely been chosen to give a choice to consumers.

In-glass fingerprint sensors are undoubtedly good these days, but they still require a degree of muscle-memory to get the finger or thumb in the right place. The use of the power button is actually favoured by a lot of people, and it can be a lot quicker in day-to-day use. The only issue comes if the phone is flat on a table or cradled in a car, where it requires a bit more work – but you quickly get used to it.

The display loses the curved edges as seen on the Mi 11. At 6.67-inches, it’s almost as large as the Mi 11, but does drop its resolution to 1080×2400 pixels – which probably won’t be noticeable in most situations given the pixel density remains high at 395 pixels-per-inch. It retains support for HDR10+, 1000 nits peak brightness and a 120Hz refresh rate (with 480Hz touch sampling rate). It has Corning Gorilla Glass Victus protection, with a factory-fitted screen protector applied on top.

The display is excellent, although I discovered that DC dimming is not possible in 120Hz refresh mode for some reason (it is on the Mi 11). You’ll have to therefore choose what you want most, at least until Xiaomi looks at doing something clever like switching automatically if the brightness drops below a certain level (a suggestion for the Mi Community forum perhaps?).

Audio is also loud, and stereo, with Dolby Atmos support and Hi-Res Audio certification. The 11T Pro also gets Harman Kardon branding, but without having both phones side-by-side I can’t really tell if that means anything significant beyond Xiaomi wanting to add some more kudos to the Pro model.

I can compare with the Mi 11 (which also has Harman Kardon branding) and there isn’t much discernible difference. Hardly scientific in terms of comparisons, but the TL;DR conclusion is the 11T speakers sound great and complement the beautiful display perfectly.

So the Xiaomi 11T is a great media consumption device, but is it also a great content creation experience too?

Xiaomi has used a newer version of Samsung’s 108-megapixel image sensor for the primary camera, and while it is newer (and newer is always better, right?) it is actually smaller and has smaller pixels. This has obvious benefits for any manufacturer trying to fit multiple sensors into a phone, but it does mean some level of compromise.

The performance of the Xiaomi 11T vs the Mi 11 showed a little less detail here, more noticeable in low-light photos when zoomed into at 100%. Is it a deal-breaker? Absolutely not, because it still produces great results. Frankly, given the price difference, this was to be expected.

Without a telephoto lens, the primary camera offers up a lossless zoom of x2, increasing to x5 and x10. There’s more obvious loss in detail when you choose the higher zoom levels. For sharing on social media, zoomed images are still of a sufficiently high quality to get you by, but realistically you should stick to 0.6 – 2x most of the time.

Video recording is strong too, with all the same ‘Movie Magic’ features of the Mi 11. With the MediaTek chipset you cannot record at 4K 60fps (or 8K at any frame rate) but besides that limitation, you have a wealth of options and the quality is high.

The camera interface on MIUI 12.5 is simple to navigate, with easy mode switching. A simple settings button lets you change resolution or aspect ratio on-the-fly. You can also turn on the super macro mode that offers close-up photography (see below for more).

There’s a tilt-shift mode alongside a wealth of other modes – some common ones like panoramic and slow motion – to more bespoke ones like dual video (use front and rear cameras in a variety of modes like side-by-side or Picture-in-Picture), clone (trick mode to include a subject in multiple areas of an image), VLOG (shoot short scenes that are edited together with synced audio), long exposures and many movie effects.

There’s absolutely loads of stuff to play around with here, but if you want to keep things nice and simple then you absolutely can.

I wouldn’t ordinarily take much interest in the macro function of a phone, especially when some manufacturers are still content to include 2-megapixel image sensors. On the 11T, Xiaomi has gone with a 5-megapixel sensor that’s still not going to set the world on fire, but is capable of getting far better close-ups than most of its peers.

You also have the ability to zoom in (up to 2x) and taking close up photos can offer some enjoyment. Thanks to Apple, there’s now a lot more interest, so I took a bit more time with the photo taking this time around. I’ll be honest though; chances are that you will not use this mode much beyond the initial fun factor.

There can be no pretending that MediaTek’s chip is as powerful as Qualcomm’s Snapdragon 888, but all year we’ve heard stories of heavy throttling to keep Qualcomm’s chip in check temperature wise on many models, so all is not always what it seems.

The Dimensity 1200 by comparison, offers a slightly reduced level of performance but a lot more stability – and it’s nicer on the battery too, despite being built on a 6nm process instead of 5.

Like the more expensive models, the Xiaomi 11T offers Wi-Fi 6 connectivity (1200Mbps – the Qualcomm models can also do 2400Mbps).

On the 5G side, the Xiaomi 11T has two SIM card slots and supports dual 5G, complete with support for standalone 5G (SA) and 5G carrier aggregation in preparation when these features are enabled by UK operators.

Xiaomi’s more affordable version of the Mi 11 brings the vast majority of features from the flagship to a wider audience, and with the improvements to the battery it may steal a lead in that department.

The camera performance can’t quite match the Mi 11, despite using a newer version of Samsung’s 108-megapixel sensor, but the differences are slight and it’s only on the video side where you’ll see any actual limitations in functionality – a problem for a small number of people.

The improved battery life (you’ll get nearer seven hours of screen on time here, over the 4.5-5 hours of the Mi 11) is an extra benefit, plus Xiaomi is promising four years of security updates and three years of Android OS updates – a very big deal.

Like the Mi 11, MIUI has developed into a very reliable, slick looking skin from the introduction of 12.5 onwards (with loads of customisations possible via the Theme store). You can see a lot more about this in the Mi 11 review, so I won’t repeat myself here.

If you do need a little more performance, or really want to try out the faster charging, the Xiaomi 11T Pro is another option – but you’re now reducing the cost saving, especially with the Mi 11 likely to feature in more promotional discounts before its eventual successor arrives in spring 2022.

While the faster charging of the Xiaomi 11T Pro is likely going to be tempting, is it worth £100 to save 20 minutes charging time – and have less overall battery life between those charges?

The purpose of this phone is to offer a more affordable device that can be considered a great product to create and consume content, and it does exactly that – with some additional benefits on top.

On the first two days after launch it was available at a reduced price and with a Xiaomi watch included, so look out for special deals and flash-sale pricing for further savings – as well as other Xiaomi phones and products.