As part of Vodafone’s 2017 collection of own-brand smartphones and tablets, the network has today announced the Smart V8 as its new flagship. At a recent event I got one to take away for review, and here are my first impressions.

Unlike last year’s high-end Platinum 7, which came at a high price (£300 initially on prepay) and apparently didn’t sell in huge numbers, the Smart V8 has sought to return to the days of the Smart Ultra 6 and Ultra 7.

The Smart V8 sits somewhere in-between the Ultra 7 and Platinum 7, but at a price that’s far more Ultra than Platinum. £160 to be precise.

This isn’t to say a Platinum 8, and even a smaller ‘mini’ Platinum 8, won’t come at some point later this year. In Germany these have already been seen, but it’s not clear if they’re set for a UK launch at all.

For now, let’s focus on the Smart V8.

Made by ZTE, like the original Ultra 6, and not TCL (known by many as making Alcatel and BlackBerry handsets), this will hopefully prove to be be a good move.

I found the Ultra 7 camera inferior to that of the 6, so when I heard ZTE was behind the new phone, I was somewhat happy to say the least. 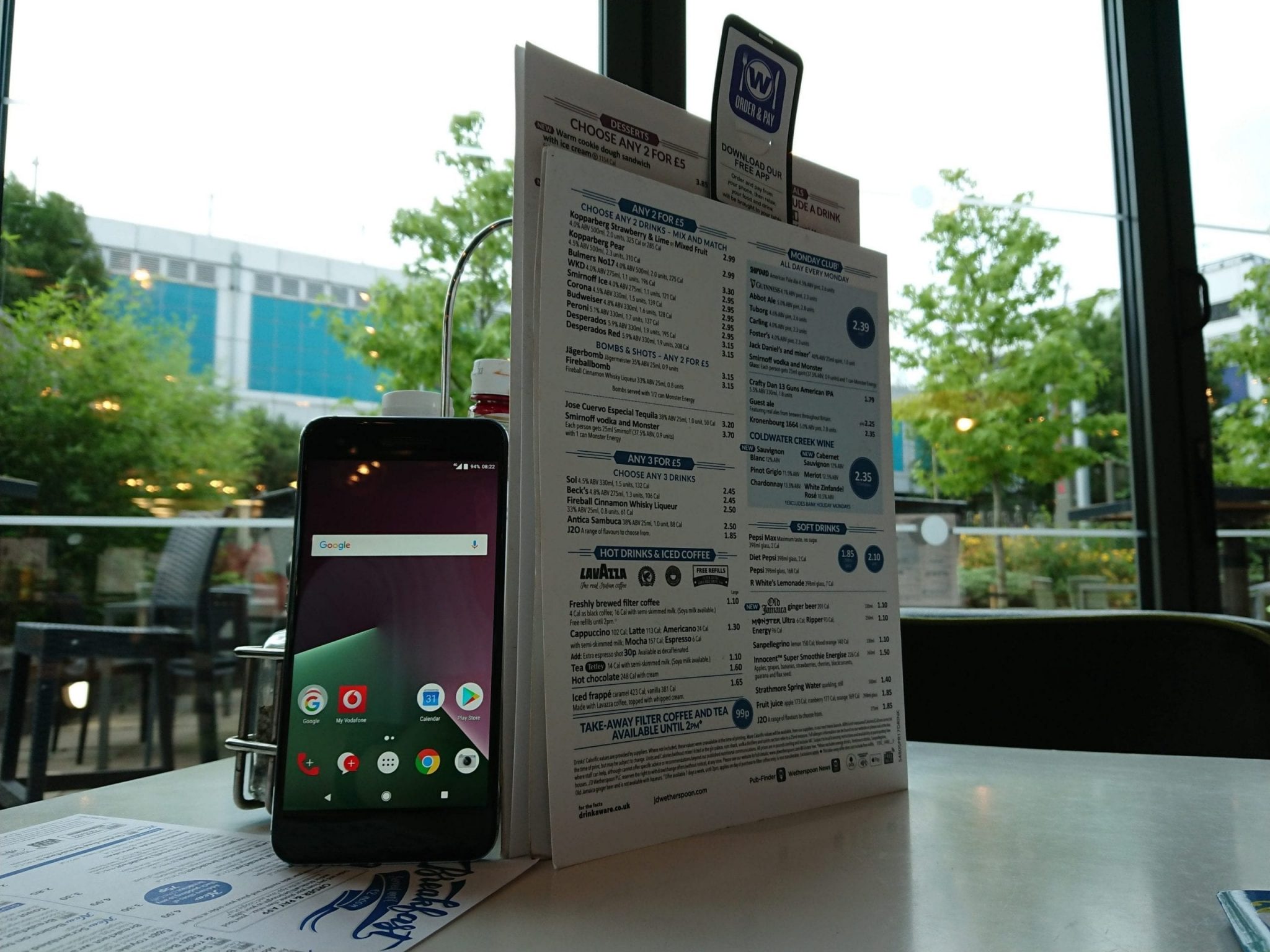 Inside is a 3,000mAh battery, and Cat 6 LTE for speeds of up to 300Mbps down and 50Mbps up. Power is via a somewhat dated micro-USB socket, and there is a 3.5mm headphone jack.

Besides the rather odd choice not to use USB-C, another disappointment comes from the lack of 5GHz Wi-Fi. I can just about tolerate the former, but the latter is an ongoing bugbear of mine.

However, beyond that the phone is of a nice solid construction, with a fingerprint sensor mounted just below the camera on the rear, and a single speaker at the base of the phone.

One further thing of note, that you’ll notice before anything else if you buy one, is the location of the power button. It’s on the left-hand side.

For right-handed users, it’s in a perfect location for your index finger yet it will still take some getting used to. Expect to press the volume key a lot more than you normally would until muscle memory kicks in! 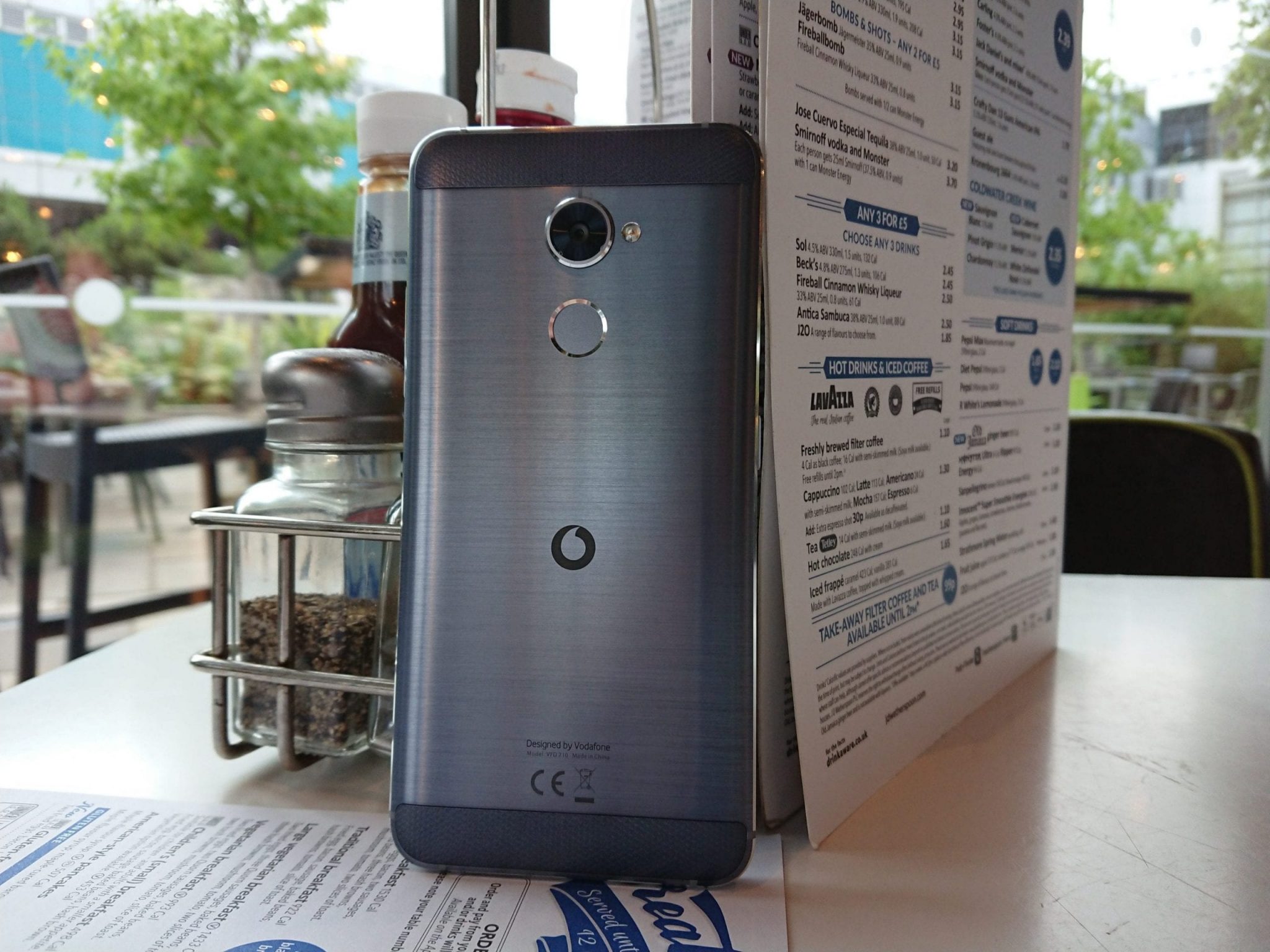 Out of the box, the V8 comes with Android 7.1 installed. It’s not clear how quick it will be upgraded to Android O when the new OS goes public before the end of the year, but it is safe to say it will get the upgrade at some point.

The setup process is as simple as any other Android device, thanks to a lack of heavy customisation. Copying data from another device can be selected at the beginning, or done later on. I opted to do so straight away, and with a quick tap (using NFC) against another phone, the migration process began in the background as I got on with playing around with the phone.

If only every phone was this easy to get going. Worth noting if wanting to upgrade and get back up and running as quickly as possible. Some devices can make things a lot more long-winded, especially when wanting you to sign up and log in to proprietary phone services.

Once everything is done, you’re left with a native-Android looking interface. I always like things to look fairly standard, but there are some customisations with things like the camera app (to look very iOS like) and the launcher, that doesn’t bring up Google Now when you swipe right, rather tips on using your phone.

If you don’t like that, or any other Vodafone pre-installed app, you can uninstall and change launcher as you see fit.

Overall, it’s rather like the Ultra 6 in that it really hasn’t been overly branded or customised, and it’s all the better for it. 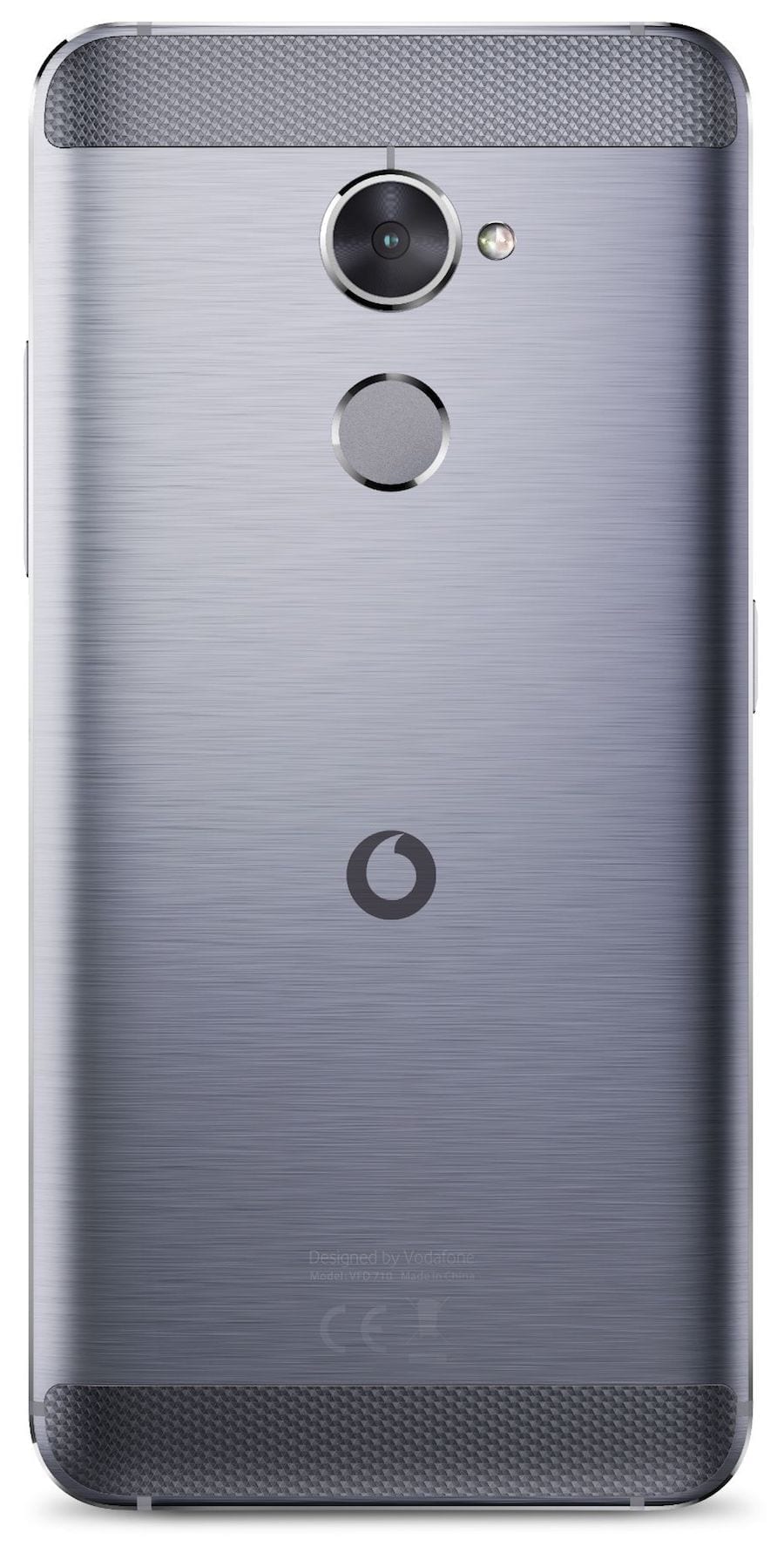 The Ultra 6 camera was good. The Ultra 7 was pretty average. It’s early days to determine where the V8 fits.

I will take more photos and video in the coming weeks, but the camera is very responsive and has a large number of settings and filters, including an automatic HDR mode, super night mode, multi-exposure mode, time-lapse and slow motion.

Video recording is limited to 1080p, which is one of the limitations of using the Snapdragon 435 chipset.

The photo samples below should give you a hint of what the phone is capable of, all taken in automatic mode and without any particular planning. Just like most photos taken on a phone usually are.

The phone’s full-HD display is so crisp, I almost believed it was Quad-HD. For the money, you’re getting a very high-quality panel.

The camera also appears to perform well, and photos look great when showed on the display. I am going to enjoy testing this out more in the coming weeks.

The micro-USB port is a pain for me, having now migrated a lot of my charging solutions to USB-C. A lot of likely customers are still likely to use the old leads, so it may be considered a benefit. However, everyone will have to change one day and I feel every manufacturer should be making that today, or even yesterday. 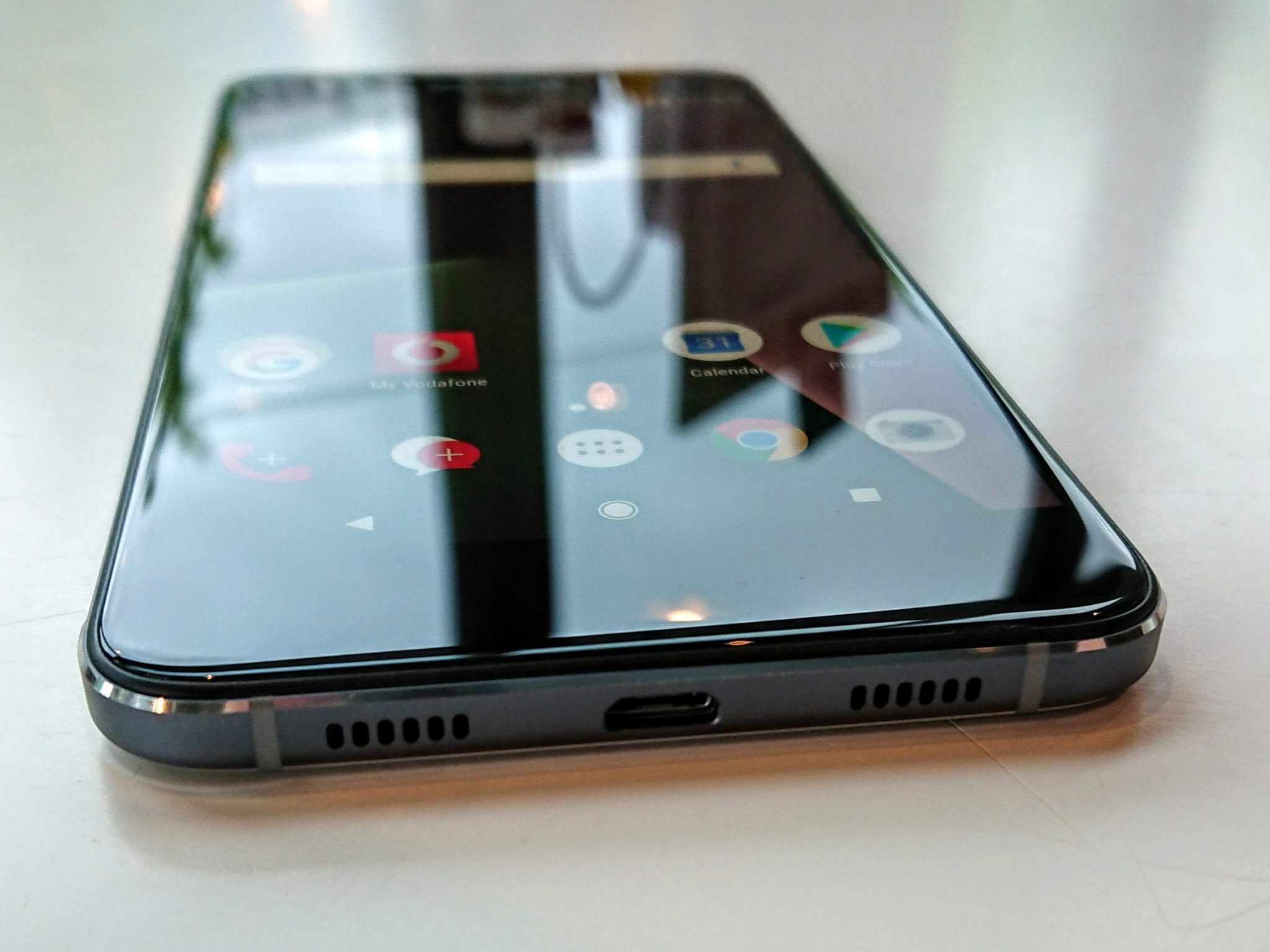 Punch above the weight

Finally, Snapdragon 435 is pretty entry level. But, benchmarking results show that Qualcomm is still able to get a good performance from a chip that balances performance against battery life. If you’re not intending to play graphically intensive games, you should have no problems.

In reality, things have advanced to the point where the performance of this family of chips is considered equal to mid-range handsets of around a year previous. With constant improvements in the operating system, as well as 3GB of RAM, my limited time with the phone often had me forgetting this was a cheap phone.

The same can of course be said for other handsets, like the Wileyfox Swift 2 family, and it further makes me question why people often skip over phones like this for models four or five times the cost.

Chances are people do it because of the camera, or the screen, but I think the V8 could impress on both counts. Don’t misinterpret what I’m suggesting here, like this phone would beat a Pixel XL or Galaxy S8 or something, but rather that it will take photos and video of a quality sufficient to save you necessarily wanting anything more. 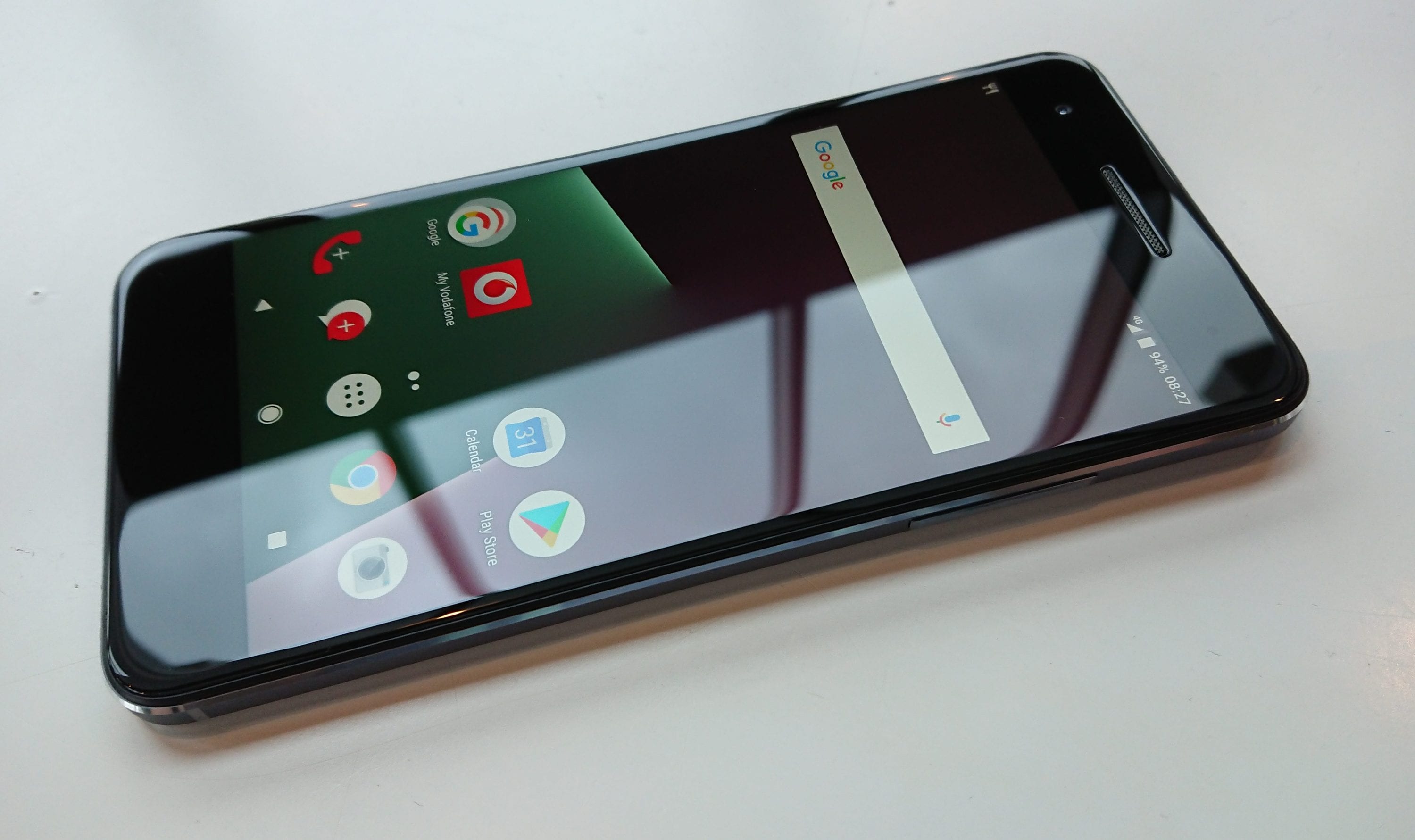 Only more testing will confirm this, or not, but one thing that seems clear already is that if people were sad to see the Ultra 6 replaced by something that seemed to go backwards, Vodafone has tried hard to make amends with the Smart V8.

Could this be the best budget phone for 2017?

The Ultra 6 was a firm favourite with more than just Vodafone users. There was a roaring trade for unlocking, although with all the improvements to Vodafone’s 4G network in the last few years,  as well as excellent 4G roaming, Vodafone will be hoping most customers snapping up this handset will actually use it on Vodafone.

However, chances are there will be many who still want to buy this for use on another network, so if you hear of any way to unlock – please let me know in the comments below.

Please also let me know what you think about this phone, especially if you’ve owned a Vodafone-branded phone from the last year or two.