Audio products aren’t something I’ve written about for some time, but I appreciate good sound as much as the next person – and tonight Samsung invited me along to see (and hear) its brand new wireless speakers.

These premium speakers (starting at £400 for the portable battery powered R6 and rising to £500 for the fixed R7 speaker) are already on sale, and even in a very crowded and noisy environment, the performance from the R7 in the listening room was nothing short of amazing.

For the money you’d expect good quality, but without the benefit of knowing about every other wireless speaker in the industry, I can’t properly compare or give a properly qualified analysis, but to put it simply; if I had either of these speakers in my house, I’d be very happy.

Samsung now has its eyes set on dominating in the world of audio, and the new Wireless Audio 360 range seems like a pretty good start.

The R6 and R7 speakers are available in white (pictured) or black.

At the core of the speakers is a patented ‘ring radiator’ technology, which meant precious little to me – although a blown up model on a wall gave me more of an idea. Whatever the tech, it coped well at very loud volumes, which were probably far higher on the night than you’d ever actually use in your own home.

The speakers are designed to fill an entire room with high-quality audio, regardless of where you are (or indeed where they are), with full management possible from any smartphone running the Samsung Multiroom App (V2.0) – just like comparable speakers available from the competition.

The units also feature controls of their own too, just in case you prefer to change the volume the old fashioned way. Connectivity comes from Wi-Fi or Bluetooth, with the R6 portable speaker including a battery good for around six hours of music playback. 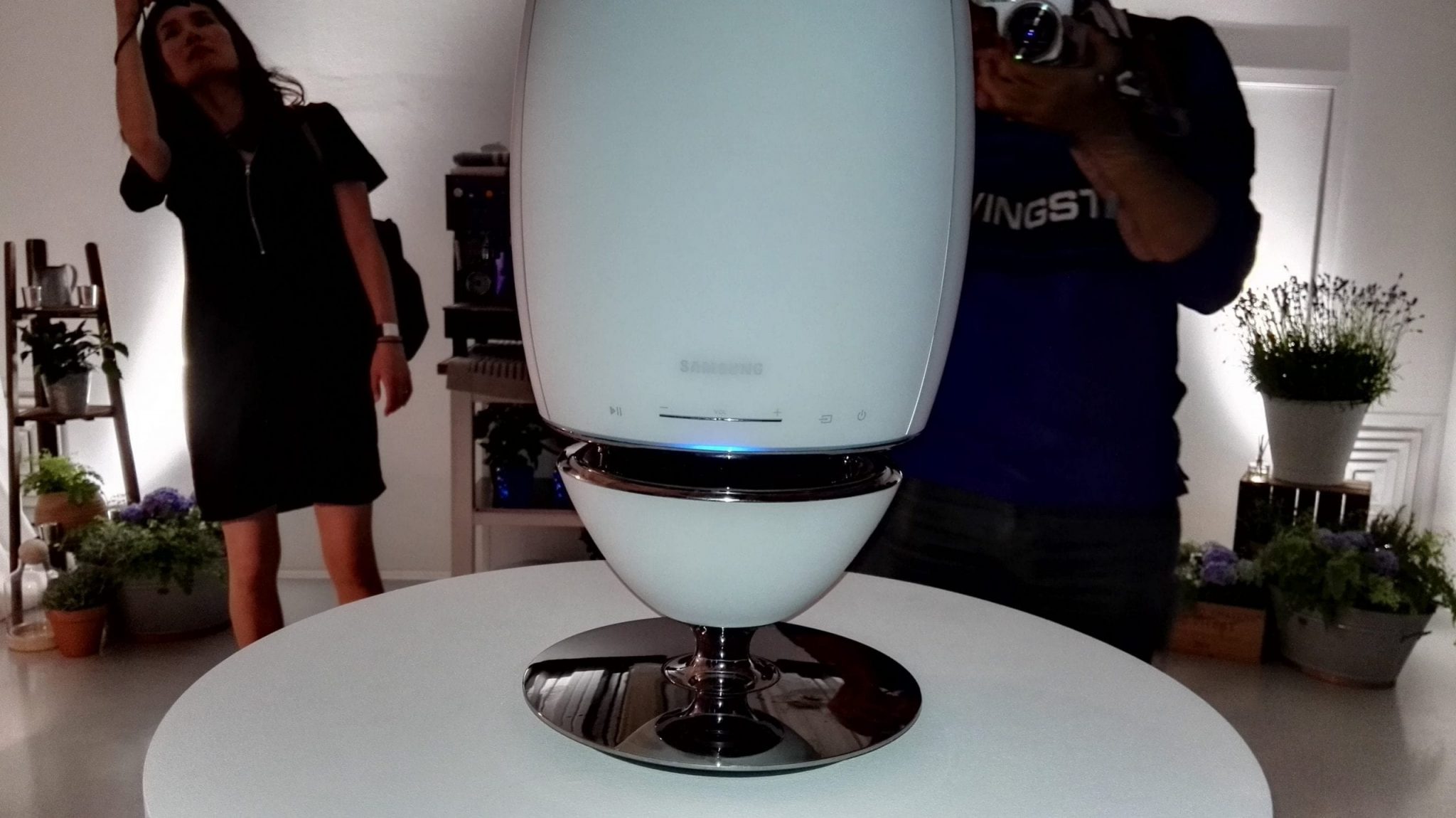 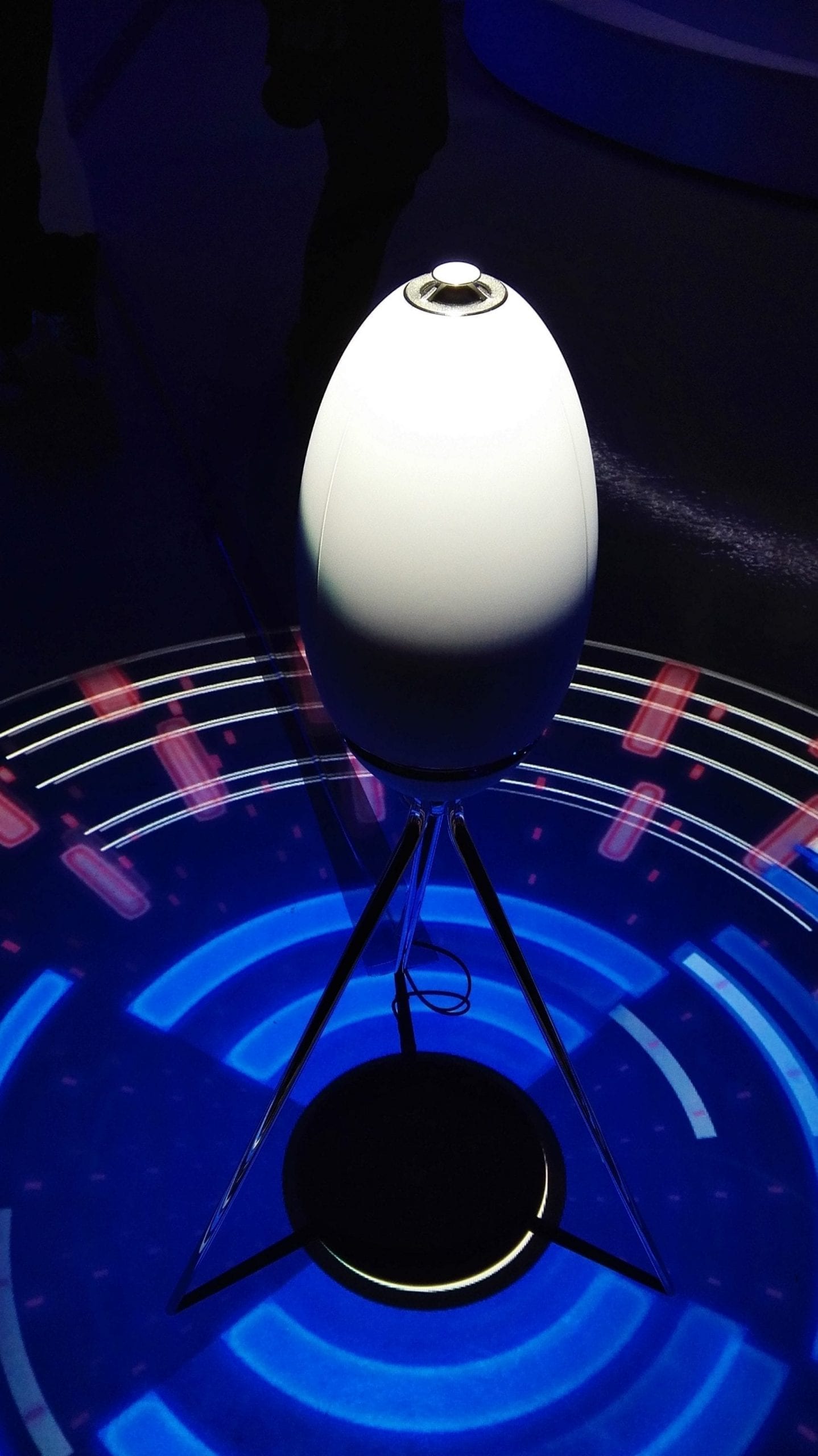 At the same event, Samsung showed us exclusive content commissioned to demonstrate the 360 sound and its ring radiator technology. The ‘The 360 Sound Experiment’ was the work of artistic collective Artisan, and produced by Little Dot Studios. It featured a stunning installation that brought to life the idea of a room filled with 360 degrees of sound.

The new R6 and R7 speakers are on sale now from retailers like John Lewis and Richer Sounds. Each speaker will also connect seamlessly with other Samsung multiroom enabled televisions, soundbars and other audio products.

Following the launch, we were treated to a DJ performance from TV presenter Laura Whitmore, followed by a set from Gorgon City. And all the time with a number of R7 speakers dotted around on the floor, which were actually on and contributing to the overall sound (but, just in case you were wondering – yes, they did have help from somewhat bigger speakers higher up!).

A short video of the R7 speaker in action at the event (note: recorded on a smartphone)