It’s now becoming a bit of a tradition, and yesterday saw another day of testing in and around London to see how mobile data speeds are faring, checking how 4G continues to roll out and speeds increase with new technology, but also the impact of more people taking advantage of higher data limits and faster speeds.

As I suspected, I got some interesting results. Especially as this time I chose to test both 3G and 4G, as I’ve long suspected that 4G is beginning to suffer in some places from heavier usage.

Sometimes it’s a backhaul issue, meaning both 3G and 4G (and 2G) will be affected – and that can often be fixed relatively easily. But at other times, as some tests show below, 3G can actually end up being faster than 4G.

In theory, that doesn’t make any sense, but given limited spectrum it proved my theory that in some cases you can be better off switching down to 3G to get a decent speed.

Of course, in the real world you probably wouldn’t be switching back and forth often, but the following testing does highlight the problems the operators are already facing to keep up with demand – and there’s still a long way to go for most operators to roll out 4G nationally.

The networks and the handsets used for the testing were as follows:

My entire day of testing was recorded and can be watched below. It contains over 30 minutes of speed testing, so if you don’t fancy watching all that (how can you not want to?!) then please skip on to see the individual results underneath, along with some comments on what I observed when doing the testing.

There was one simple rule to follow; just one test opportunity for each network. No multiple attempts to try to get the fastest speed, and no testing in the middle of the night when network usage would be at its lowest.

This was not a test to try to find the fastest speeds, but rather simulate normal usage as best as possible. These days that’s more than just checking email, or posting a new status. It will include watching media on demand, and increasingly uploading data or even live streaming video with services like Periscope and Meerkat.

In the tables, the bold data is the ‘winner’ in each column. A further summary can be found after the results. 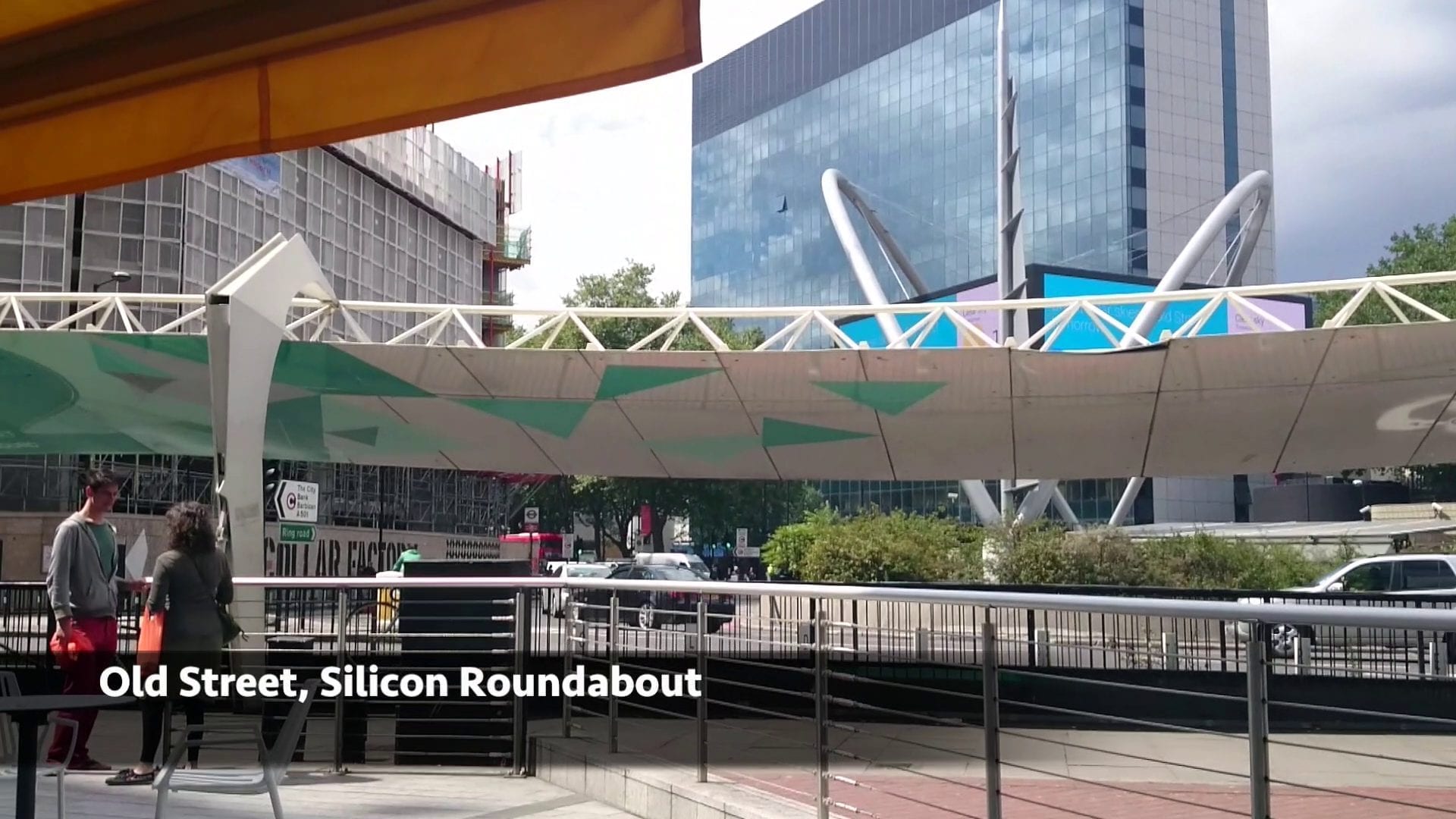 Starting off in a now traditional location, both Vodafone and EE offer faster speeds around the City of London, using carrier aggregation (800/2600 and 1800/2600MHz respectively).

However, Vodafone never appeared to show any signs of offering ‘4G+’ and the speed on 4G actually fell behind that of Three’s 3G coverage. And, just as I’d predicted before doing this test, 3G outperformed 4G on both Three and O2.

Meanwhile, The People’s Operator, an MVNO that was included in the test because of my theory, performed well too.

Vodafone did give the lowest ping time, and clearly almost 9Mbps on 4G is still going to cope just fine with video streaming or downloading large files without a lengthy wait.

A tough test, and one where each test was conducted in a different location as the bus travelled from Old Street towards Holborn.

But, it’s still a fair test of something we all do every day – use our phones on the move. Inside a metal box, albeit with lots of windows, I took a seat on the upper deck and then held on tight to do my tests. Some of the video footage above is somewhat shaky!

Again, EE was a clear winner, but Vodafone finally woke up and came pretty close – especially on the uplink speed side.

Three, yet again, performed better on 3G (downlink), but this time around O2 was able to muster up a higher speed on 4G over 3G. TPO also performed well, once again hinting that there’s still plenty of life in a 3G-only network, if the price is right (namely a 31GB monthly tariff with unlimited calls and texts for just £19.99 per month). 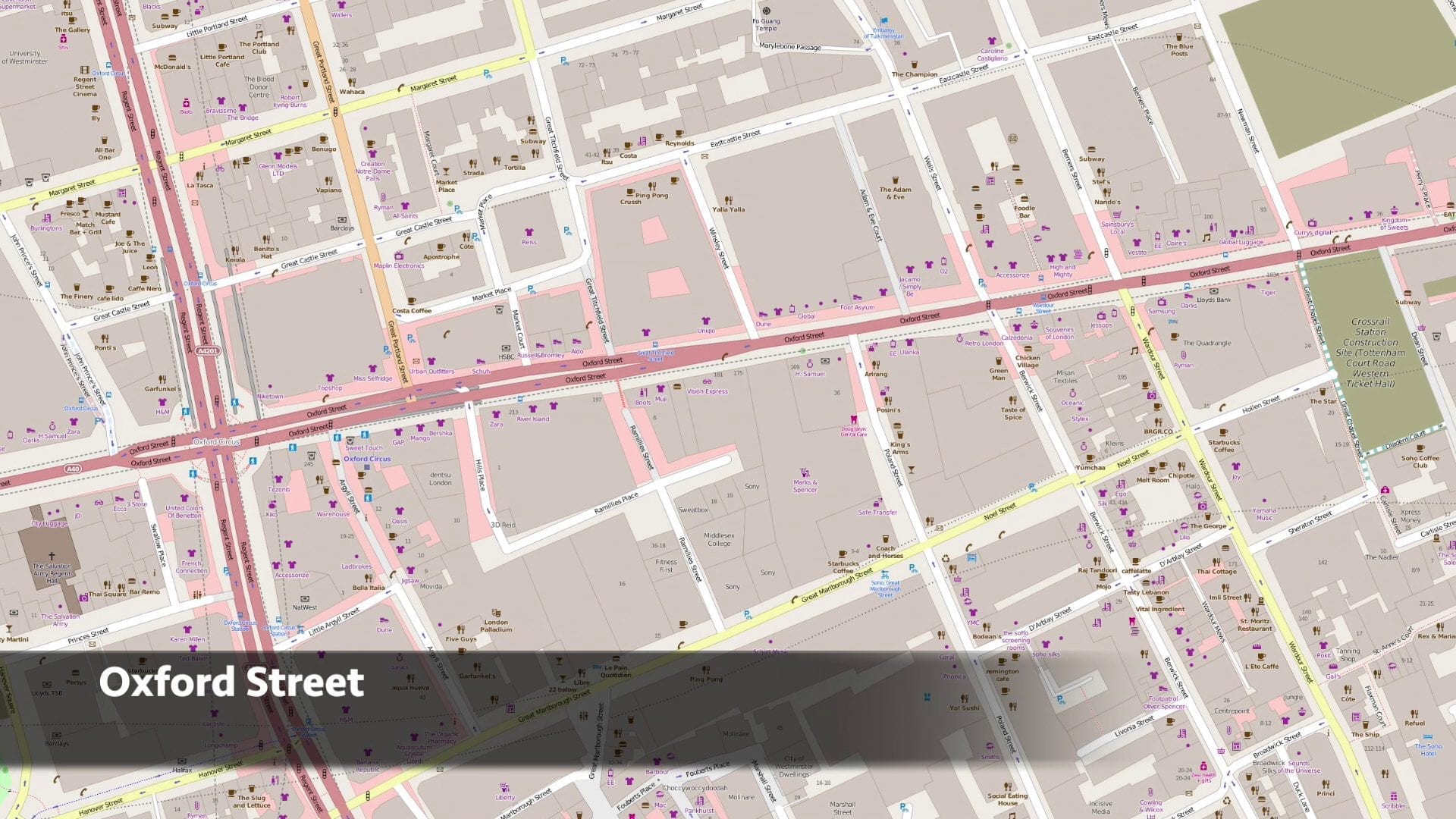 No signs of EE faltering yet, beating everyone else by a significant margin. For the third time, Three’s 3G performance was still embarrassing its 4G network. O2 obliterated its 3G speed, and for the first time Vodafone also fared better on 3G than 4G (downlink).

Unfortunately, while EE managed a usable speed on 3G, TPO suffered hugely here. Despite running on EE’s network, the shockingly low-speed does make me wonder if there’s any sort of prioritisation that is benefiting EE at the expense of virtual operators? 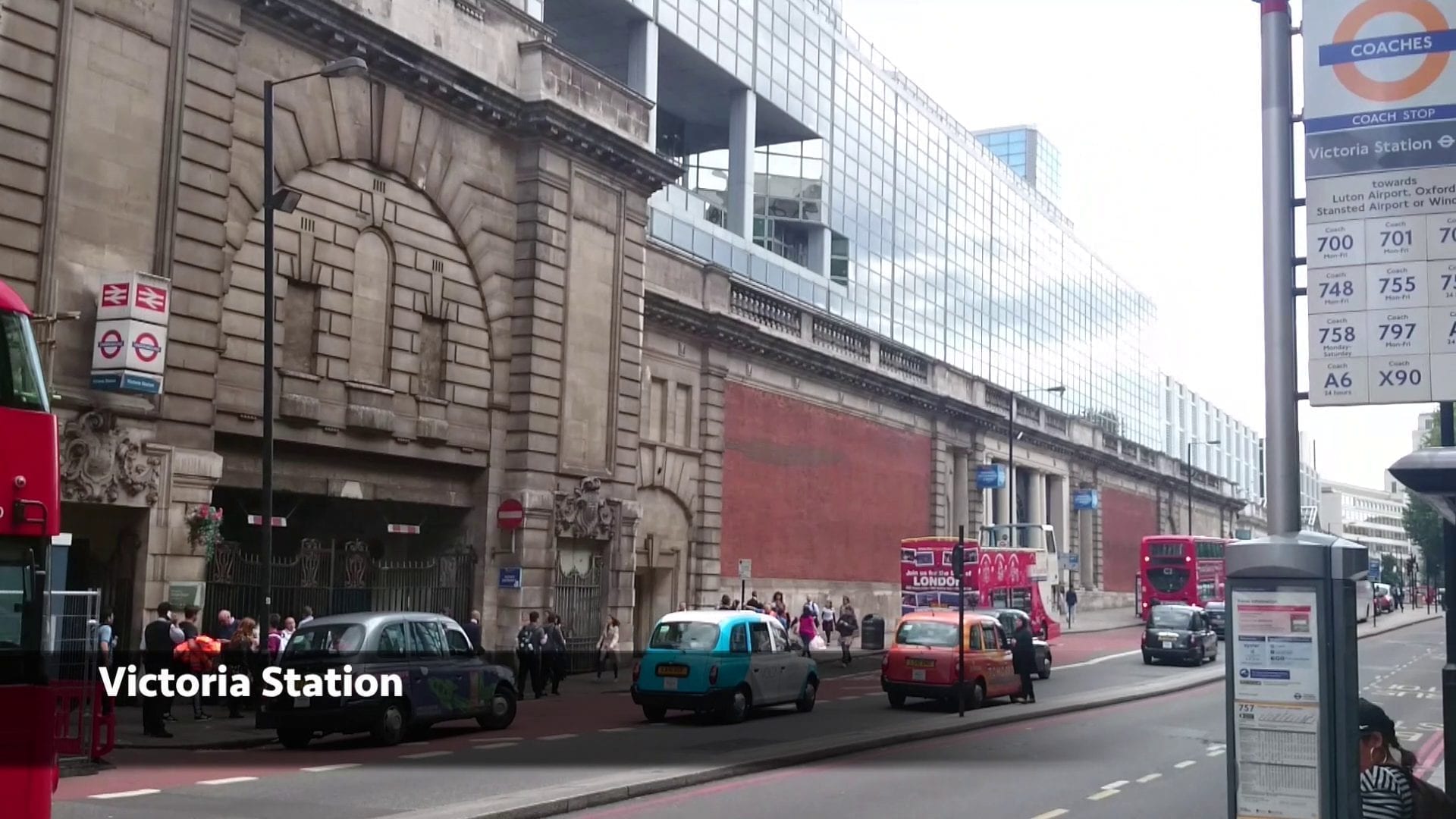 Here’s where I had to bend my own rule, slightly. Vodafone’s 4G network seemed to go completely AWOL outside the station building, meaning I had to step inside to find 4G (and as it turned out, 4G+). I’m willing to let it slide if you will, but I can’t imagine any complaints from Vodafone as a result – given the fact it’s the first time that EE was beaten.

Three, surprise surprise, performed better on 3G (downlink), but offered the top uplink speed on 4G – beating both Vodafone and EE. TPO still lagged behind EE, but with a more usable speed than at Oxford Street. 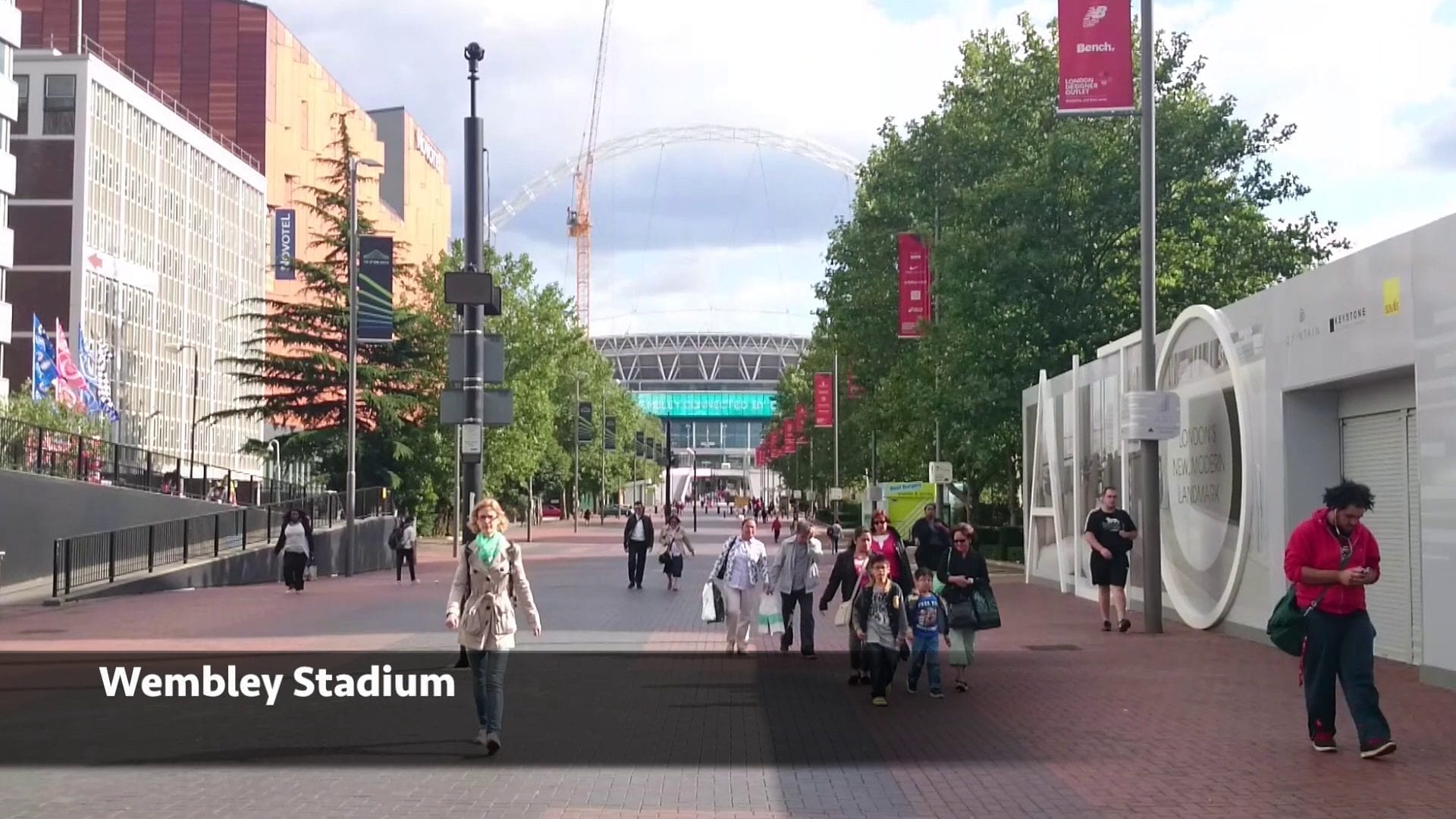 Although a working day, without an actual event taking place at either the stadium or the arena, it could be considered an unfair test. However, it’s always busy around the stadium, especially with the new shopping centre and countless restaurants and bars all open whatever is going on elsewhere.

For the first time, Three actually managed to give a faster performance on 4G than it did on 3G. O2 also managed to win on 4G, while Vodafone did the opposite. EE, as might have been expected given its sponsorship within the stadium, came top.

The Oyster Shed, near London Bridge

The last test of the day, and an indoor test in an absolutely packed and boiling bar near London Bridge and with a fantastic view of the Shard and other London landmarks.

With everyone leaving their offices to enjoy a drink in the sun, it seemed like a good place to do the final test, but bad news for both Three and Vodafone, as neither managed to provide any 4G signal to allow me to do a test.

TPO managed to beat EE 3G this time around, albeit with a long ping time, and Vodafone also struggled, being beaten by every other network.

This wasn’t, and never could be, a thoroughly scientific test and I’ve never tried to pretend otherwise with this or my previous tests. I use different handsets, the tests aren’t carried out simultaneously, or necessarily in the same location, and there’s only the one test so if there were a larger number of tests, things may average out a little better for everyone.

But when you use your smartphone, you just want it to work straight away and without delay.

From the results, it’s clear that EE stands out as a clear winner. It was also apparent that Three’s 4G performance, which I’ve also noticed is happening at home, seems to have taken a large hit on speed in the last few months. This makes 3G faster in an increasing number of cases.

Hopefully the switch-on of Three’s 800MHz 4G service will see an improvement from September onwards, including better coverage indoors.

O2 also never had any of the shocking results that I’ve experienced in previous tests. It seems the roll out of 4G (for both O2 and Vodafone) has been coming on well this year, and with the backhaul upgrades that come with the addition of 4G, 3G performance has improved too.

No doubt if I’d forced some of the phones to 2G only, I’d have even seen an uplift in both GPRS and EDGE performance, but that would have been going a little too far in terms of how much time it would have taken to test. Perhaps something to do on a different day, without video.

Unlike previous tests, at no time did I find myself dumped down to 2G on O2, Vodafone, EE or TPO. Indeed, bar one location where I couldn’t get 4G on Three or Vodafone (and some problems near Victoria for Vodafone), it seems 4G is now pretty much available everywhere in central London and the city of London.

Disclosure: Ahead of carrying out this network test, I was given a SIM card by The People’s Operator to test, after I asked to try out their virtual network and compare it against the main networks (including EE, which it uses as its network provider). This card was supplied on their tariff with 31GB of data included (valid for one month). You can find out more about this tariff, and other SIM-only tariffs, on the TPO website.

If you have any comments about this test, or any particular location you’d like me to visit next time, please post in the comments below or via Twitter.

One thought on “Mobile Network Speed Testing in London (3G and 4G Comparison, with surprising results)”