This week marks the first anniversary of Honor in the UK and Europe, and a lot has been achieved within this short time.

Honor was launched as a spin-off brand for Huawei, first in China and then later spreading worldwide. The aim was to reach a new audience, and attract sales from people who might see Huawei as another huge corporation that doesn’t just make phones, but also a lot of ‘boring’ things like building phone networks, dongles, and portable Wi-Fi hotspots.

All of these things have of course made Huawei a market leader, and a huge influence on the whole mobile industry, but that means little to the ‘youth of today’ that would rather buy something that’s more current and trendy.

The Honor message: Honor is a bold smartphone brand for the digital world. Designed for the brave generation, Honor is not afraid to do things differently and bring about change. Our no-stores, no-gurus, no-strings approach means we’re bravely shaking up the way you buy your smartphone, empowering you to get the good technology at a value price.

From its launch on October 28th 2014, Huawei’s new brand started by marketing itself differently, and cutting out retail sales to keep costs down. This started with phones being made available from the likes of Amazon, and more recently through its own online store, vMall.eu.

Earlier this year, Honor did manage to bag an exclusive with Three that saw one of its phone actually appear on the high-street, giving people an opportunity to see what Honor is all about. 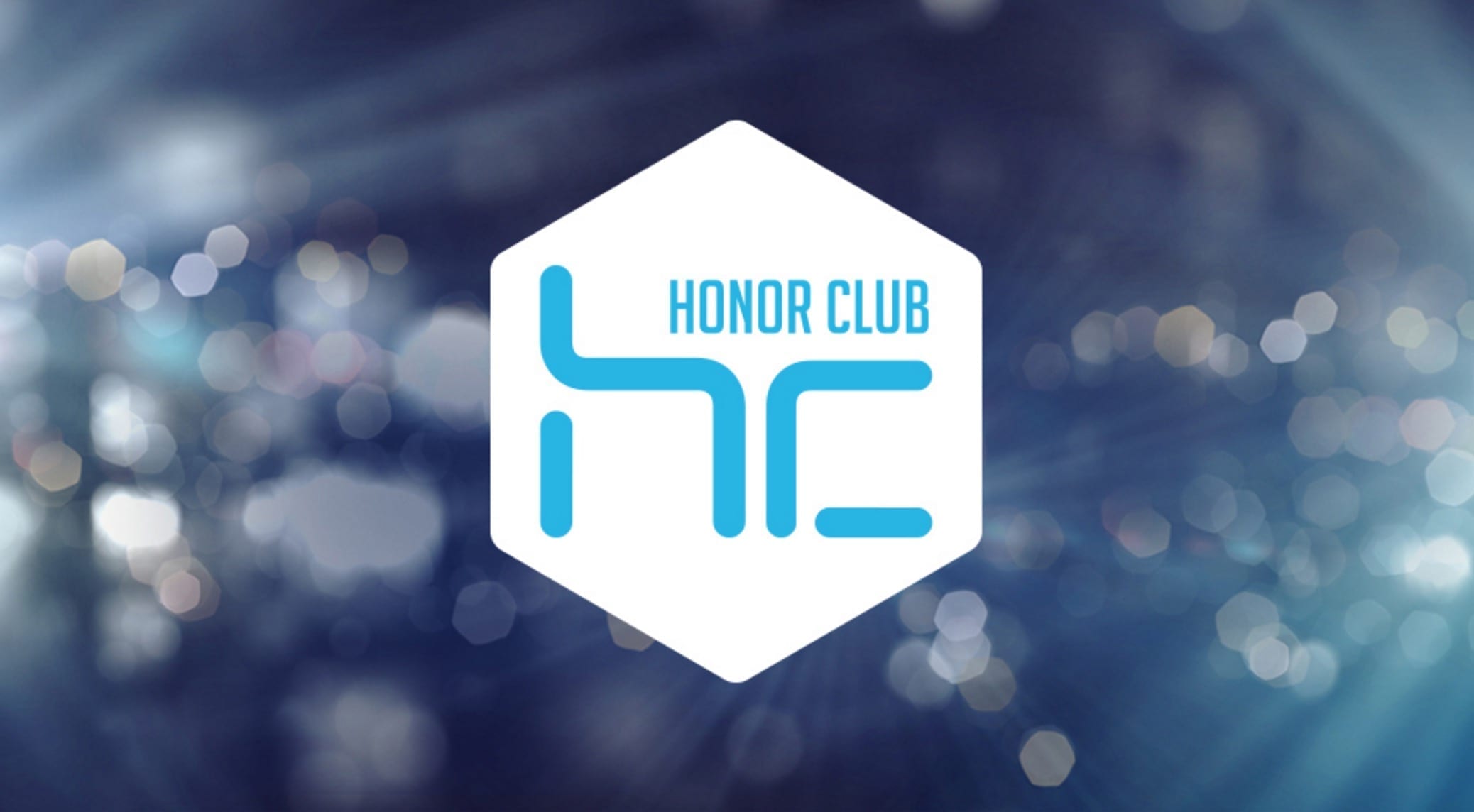 Unlike OnePlus and its invite system, another disruptive company trying to shake things up, Honor has invited people to sign up to its club and get money off vouchers from time to time. These can be used to get money off phones or accessories.

That includes today, where it’s possible to snag a voucher to get discounts on a range of phones – so get along to claim yours now!

The same club also invites people to take part in competitions on social media, and win tickets to events – like the fantastic birthday bash that will take place later today. Fans were invited to take part in a competition on Facebook to attend the lavish ‘Honorversary’ party at a famous venue in the glorious city of Berlin.

You could be excused for thinking that Honor would always play second fiddle to Huawei, but that hasn’t been true at all, with the Honor 6, 6 Plus and 7 all comprising solid build materials, high-performance chipsets and quality cameras.

Honor shares a lot of the same components and materials, as well as production methods, with Huawei. The key difference is that Honor will usually sell an equivalent phone for a lot less money.

For example, the Honor 7 (top) is a phone that pretty closely matches the Huawei Mate S (bottom). Each has a 5.2-inch screen, Kirin 935 octo-core processor, and a superfast fingerprint reader on the back. The Mate S sells for around £500 SIM-free, while the Honor 7 is just £250 – or £210 with one of the £40 vouchers released from time to time.

The slogan for the brand is ‘for the Brave’, and Honor even has its own song, sung by singer Nellie Bell, who became brand ambassador for Honor earlier this year. She’s performed at a number of Honor events and locations around the UK, and also Tweets regularly.

Honor events go far beyond the usual press conferences, and have so far included fun runs, pitching up at music festivals, touring universities, supporting blogger events, and much more. Fans are just as likely to get a chance to look at new products as the media, and possibly even get more hands-on time too. 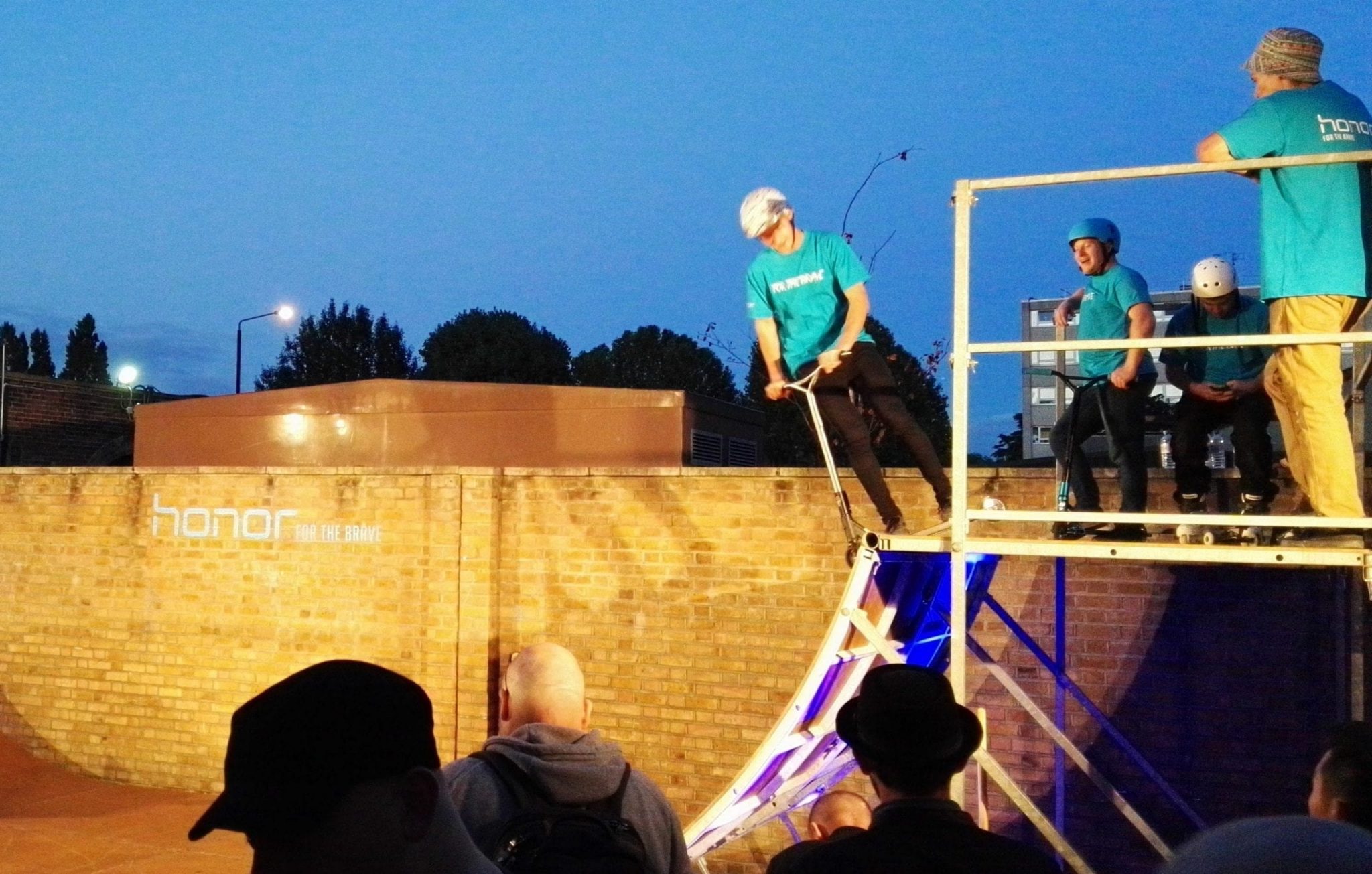 Honor is not like many faceless corporations that operate behind the protection of external agencies, and people from the company regularly go out and meets the fans in person, including handing over prizes for competitions, talking directly about new products, and responding directly to queries on social media.

Compared to some companies, Honor hasn’t flooded the market with a phone for every type of customer and to suit every single budget. In fact, it has kept things incredibly simple and manageable. 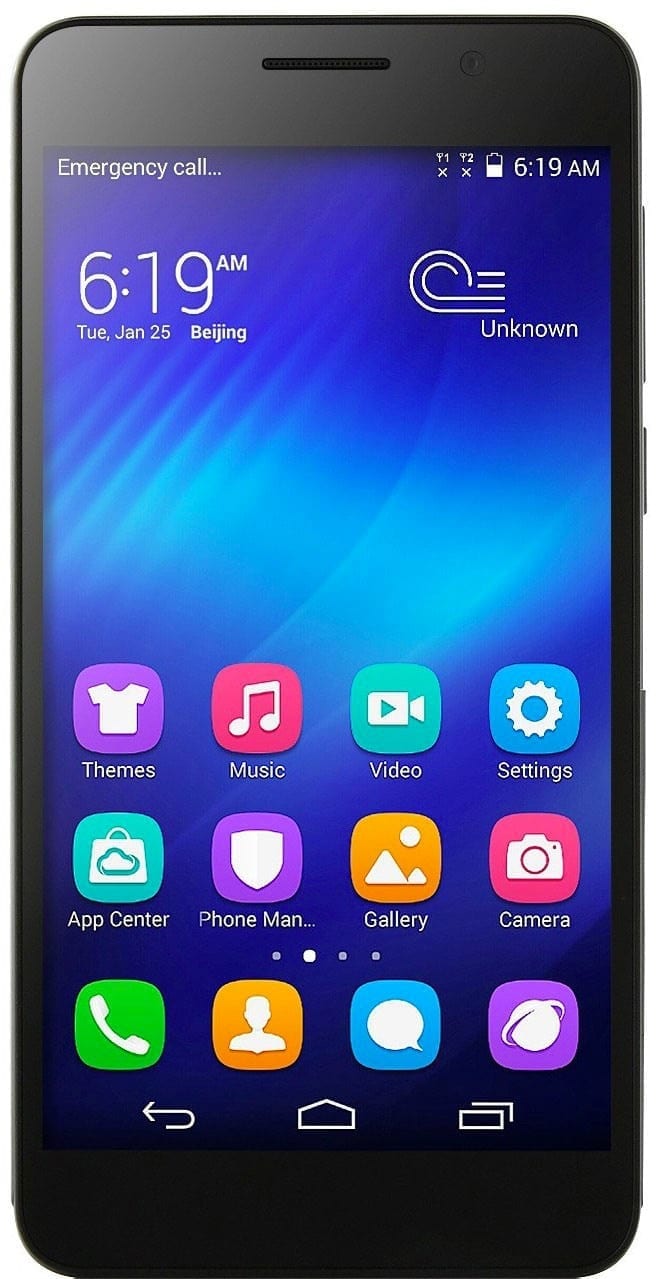 Just before Honor launched as its own brand, the Honor 6 was released.

It wasn’t quite up there with the competition of the time, but it did offer some great features lacking elsewhere, such as Cat 6 4G support for faster data speeds.

The Honor 6 came with Huawei’s Kirin 920 octo-core chipset, 16 or 32GB of storage (plus memory card), 3GB of RAM, and a 13-megapixel camera. The 5-inch screen came with a full-HD resolution, and the phone was available with single or dual SIM slots.

The Honor 6 can still be picked up for £210, but it’s now getting on a bit and the superior Honor 7 (see below) is often on offer for the exact same price, so it’s probably time to move on. 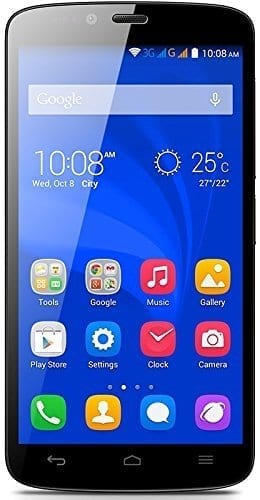 The Honor Holly was a 3G-only phone, running Android KitKat. It came with a quad-core MediaTek chipset, and dual SIM support. It wasn’t a ‘flagship killer’ but it had its place, and was highly affordable thanks to a unique ‘price hacker’ campaign that reduced the price as more fans registered their interest. This meant the phone launched at £79.99 instead of the intended £99.99.

It had a 720p display, 8-megapixel camera with flash, 16GB of internal storage, plus a memory card slot.

It’s one phone that managed to pass me by, and has now been superseded by the Honor 4X.

The Honor 4X was actually the successor to the Huawei Honor 3X, a phone sold only in China.

Although a more basic phone than the Honor 6, and with an all-plastic build, lower-resolution 720p 5.5-inch screen, and capacitive Android keys (that meant a larger bezel than otherwise necessary), the 4X was still a great choice for bargain hunters.

The 4G phone packed in a fast octo-core processor, dual SIM slots (and a separate card slot, so you don’t have to choose between more memory or a second line), and a 13-megapixel camera on the rear. 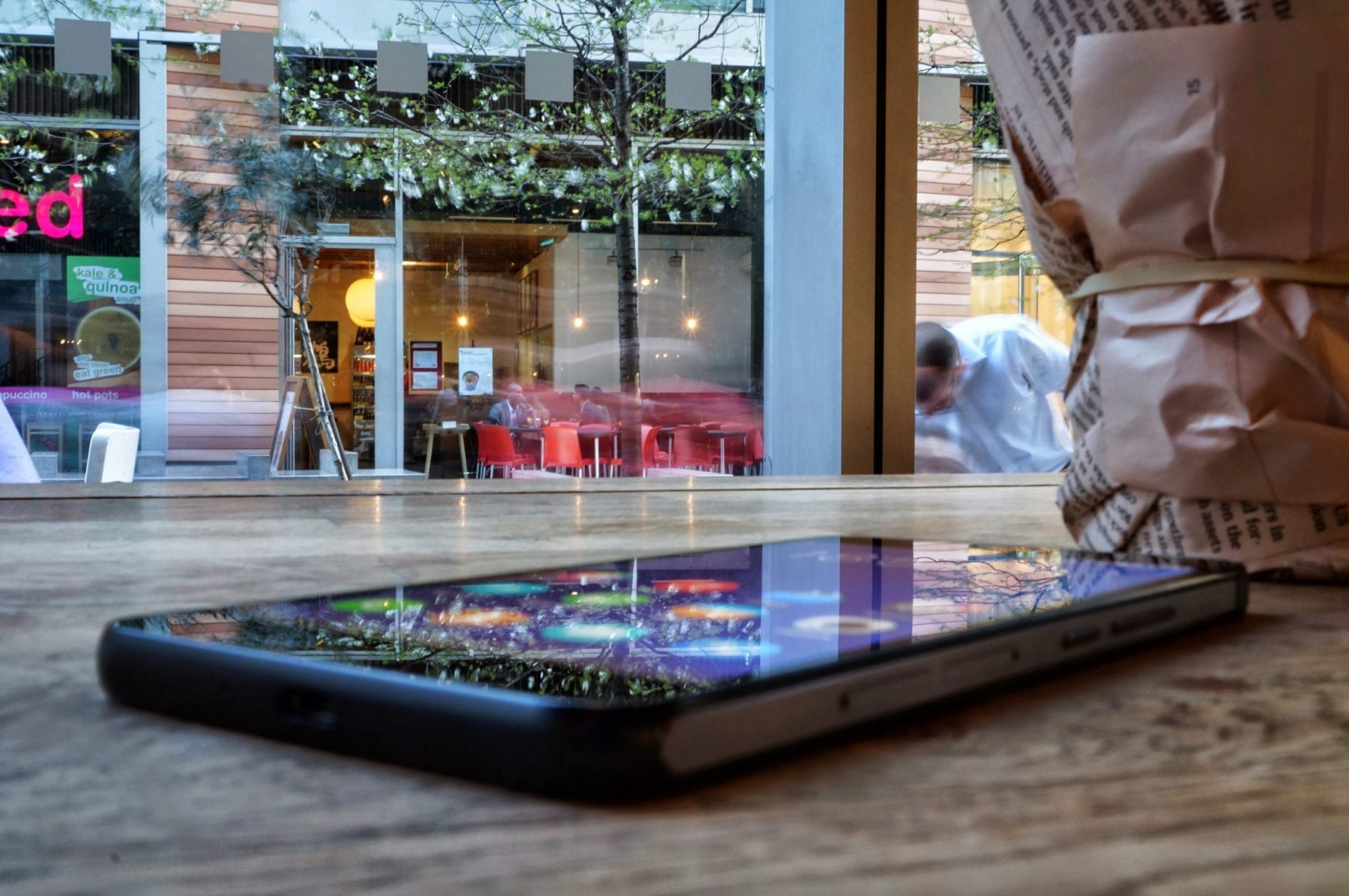 The Honor 6 Plus was a phone to be really excited about, as it introduced a clever twin-camera system. This comprised not one but two 8-megapixel cameras, which combined both images to produce better quality low-light photos, as well as offering bokeh effects. 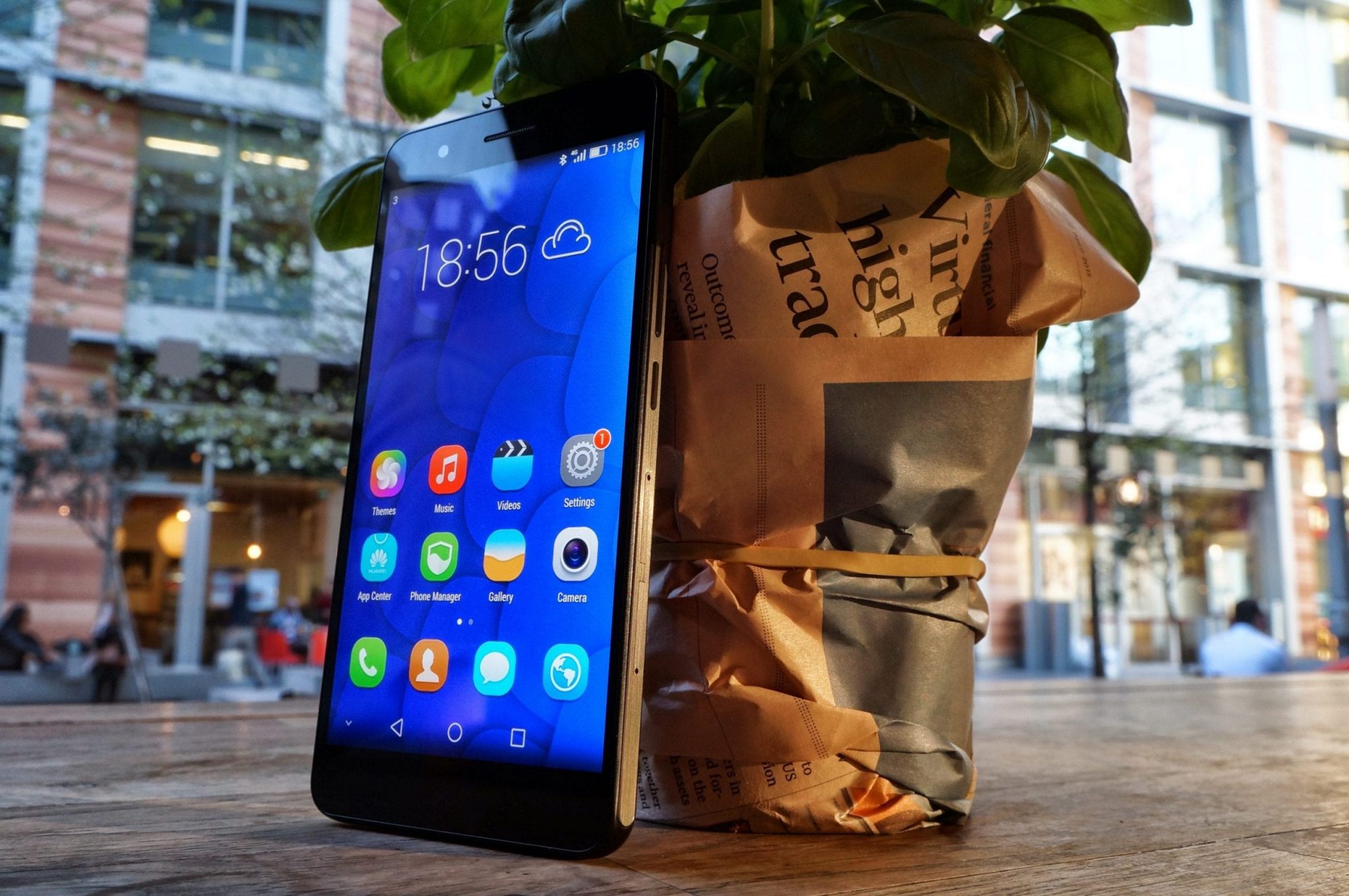 Better still, it was the first phone you could go and see before buying, after Three decides to bag an exclusive for its network. The only downside is that it doesn’t have support for Three’s recently launched 800MHz 4G network.

Besides the trademark dual SIM support, an octo-core Kirin 925 processor, and a 5.5-inch full HD display, the other killer feature was the 3,600mAh battery. In a world dominated by svelte phones with tiny battery life, the 6 Plus was one of the few phones that would last a full day, and then some. 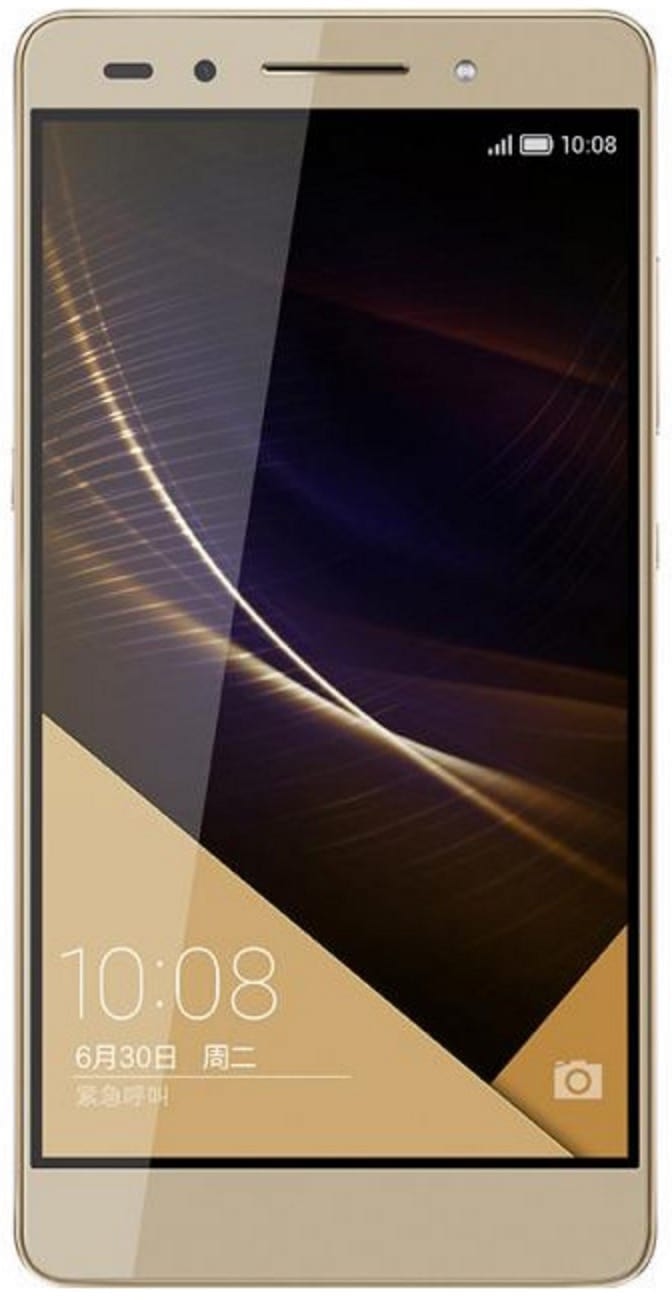 The current flagship is a beast of a phone. Not in terms of size (although the inevitable Honor 7 Plus will no doubt take care of that), but rather the performance and functionality.

The European Honor 7 may lack NFC support, but otherwise you get a phone with a solid metal construction, with a finely tuned antenna system that promises to hold on to a signal where others will fail (a feature also introduced on the Huawei P8 and Mate S).

The design has also taken into consideration the problem of heat dissipation, promising to keep the Kirin 935 octo-core chipset cooler for longer, reducing CPU throttling and preventing faster battery draining.

It’s also the first Honor phone to support faster charging, as well as having a fingerprint reader on the rear of the phone that can recognise your digits in around 0.3 seconds. It’s about as quick as pressing the standard power button to unlock, and soon has you wondering why every phone isn’t secured this way.

Also on the rear is a Sony-sourced 20-megapixel camera, while on the front there’s even a light to improve selfies.

The phone has been promised an update to Android 6 in the new year, and comes with 16GB of internal storage and a memory card slot, or you can forego the memory card and shove in a second SIM instead.

£250 is the cost for the Honor 7, reduced to £210 if you’re quick to get the £40 money off voucher. Don’t worry too much if you miss out, as Honor has been offering special promotions regularly since the launch of its new store in September.

At the European launch party for the Honor 7, the company also threw in a surprise at the end. Namely the announcement that Honor is going into the competitive wearables market too, with a fitness watch selling for just £59.

Proving again that Honor is a company that likes to do things differently, it opted not to even give the product a name initially. Instead it set up a competition to get a fan to name it, with a pretty spectacular prize on offer.

How does every Honor product (phone and accessory) for free from now until 2020, as well as getting a free holiday to China sound?

Rather than a fully functioning smartwatch running something like Android Wear, this Honor Band Z1 watch is designed to be a competitor to the likes of Fitbit. The OLED display doesn’t stay on in order to preserve battery life (around four days between charges), but can be activated with a simple tap.

It will also show who is calling on your phone, but the main purpose is to keep track of you as you go about your daily exercises with the MyFitnessPal app.

So Honor is now a year old and has achieved much, which means there should be even more exciting things to look forward to in the years ahead.

One thought on “Happy Birthday Honor: One year old today, but already all grown up”