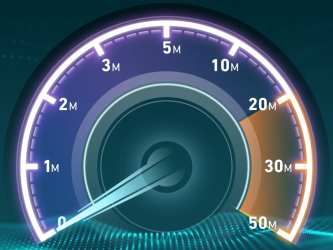 Earlier this week, I brought up the subject of using data abroad not being like using data at home as a Three customer.

I am so happy to have received many comments on my site, and on Twitter, from people who have the exact same experience. The common theme being that certain services simply don’t work at all abroad.

I must make it clear that I have not removed any comments, for anyone wondering if I’ve been selective and deleted anything that was contrary to my own experience (or that of the many others who have taken the time to comment).

Now, perhaps more importantly, comes the confirmation from Three that people can be slowed down, so as to offer the best experience to the ‘majority’. This also proves that customer services has been wrong in the past to say there is no throttling in operation.

The latest Tweet from Three UK perhaps summarises things best of all, and was sent on Tuesday afternoon:

ThreeUK: We have put a number of steps in place to ensure the majority of customers are able to fully enjoy the most popular services when on holiday abroad on their handset like Facebook, Instagram, Google Maps and web browsing. Hopefully that clears things up 🙂

You can see the other responses in my original article, including the official Three response.

Part of this was a reminder that it’s clearly stated in the terms and conditions, but I don’t actually think it is made clear. Especially when streaming is not possible at all.

All of this might mean Three has no intention of changing things, but at least users can now be fully aware of what they can, and can’t, expect from the service – or when buying a Euro Internet Pass.

With this in mind, we can then agree that as long as you don’t expect the exact same service from Feel at Home as actually being at home, you can still save a packet compared to travelling abroad on other networks – for voice and text in particular.

If you need to do more with your phone when travelling, you may however need to look elsewhere.

For now, it seems that Vodafone is offering by far the best deal for anyone wanting unhindered data access abroad, even though you will almost certainly be paying more for the privilege. The dilemma then is that you may have a poorer experience when in the UK compared to Three, as Vodafone is still playing catch up on building a solid 3G (and now 4G) network.

So why is Three having to do this when other networks do not?

The main problem for Three is that it is offering unlimited access, albeit subject to a fair use policy (that is still extremely generous).

As such, if everyone going abroad took full advantage of data like they might do at home, there could be a heavy impact on the local network, and the cost to Three for allowing such usage.

For Feel at Home, Three must have negotiated very good (commercially sensitive) deals with foreign networks, and not just its own as with the original 3LikeHome scheme that worked only on other Three networks.

Like all-you-can-eat data being offered at home, Three will be gambling on some users using a lot, and many using very little. And hopefully a lot more of the latter, although Three has the highest data usage per customer than any other UK network.

Three’s own VPN allows for almost limitless traffic management, including throttling and blocking some services completely.

Services that consume large amounts of data, like streaming music and video, downloading apps and games, downloading, or uploading (for example, backing up all those holiday photos and videos to the cloud) can all take their toll, so maybe it’s understandable that Three has a ‘number of steps’ to ‘ensure the majority of customers are able to fully enjoy the most popular services’.

Hence Three is controlling what we can, and can’t do, when abroad -whether using Feel at Home, or paying £5 per day for a Euro Internet Pass.

By comparison, other networks only allow you to use a limited amount of data that you have already paid for (plus a daily fee, which allows for a similar approach; some will use more data than others, and it balances out).

If you have a larger allowance, such as 20GB for example, you’re paying more to have that, so the impact is lessened once again.

Alternatively, you might be asked to buy a specific amount of data when travelling, until you’re cut off again before paying more. Both of these methods mean the network gets more money the more data you use, which makes sense, even if it doesn’t sound as good as ‘unlimited’.

(There’s also the ordinary pay-per-megabyte pricing model too, but only a fool would pay this way as costs can quickly rack up even for the most minimal of usage)

Clearly Feel at Home sounds great, and for some people (the ‘majority’ that Three refers to) it is, but it’s not the same as being at home, where data is truly unlimited and generally works brilliantly on 3G or 4G.

What can Three do to make it right?

These days, it’s becoming increasingly common for establishments offering Wi-Fi to offer different levels of service. Free Wi-Fi with restrictions, and with a charge for the all-singing, all-dancing, service that may offer higher speeds, and no data usage limits.

Perhaps that’s something that Three needs to do with Feel at Home?

Firstly, start by making it clear the things you can do when on holiday, like Facebook, Twitter, Instagram, email and accessing the web (or using Google Maps, a service some commenters have stated they also have issues with).

Then make it clear that it’s not intended for using with Spotify, Netflix, Amazon Instant Video and others. State these as actual examples in the terms and conditions, not a vague note about streaming possibly being slower (it’s not just slow, it doesn’t work!).

Especially when using a VPN, which Three has said you are allowed to use but may be slower, will usually bypass the restrictions and operate at full speed.

Secondly, introduce an optional add-on that lifts the restrictions for a fixed period (e.g. one day), so you can enjoy those extra services if and when you want, and help Three cover the cost of allowing it.

Thirdly, now tethering can be managed via Three’s separate Personal Hotspot APN, it also makes sense to consider a daily/weekly tethering add-on that gives a set amount of data for sharing with a tablet or laptop.. Again, the charge will cover the cost of providing the service.

Fourthly, how about starting to negotiate some 4G roaming deals? This is the least important, but I’m just throwing it out there as something else to consider. After all, EE now offers 4G roaming in over 60 countries, and Vodafone has topped 70, with more to come.

Actually, I can think of a fifth option too. As with many other networks abroad (including other Three networks) there’s the option of still offering unlimited data, but with a certain allowance at full-speed, before dropping markedly afterwards to discourage abuse.

Of course, we can argue about whether taking advantage of unlimited data can ever be considered abuse…. Let’s just say that in the UK, Three has always been proud of having NO physical limit on its AYCE data offering (besides a 1TB fair use policy) and maybe offering unlimited when roaming is just not appropriate, until such time that it can be offered without the need for traffic management to satisfy the majority.

And what about the other networks for roaming?

I contacted the other main UK networks to ask how they do things for customers using data abroad.

Unfortunately, some responses seemed to talk more about data usage with regard to cost, than actual usage, but here they are anyway:

All of our price plans come with generous data allowances and we aim to notify customers when they reach 80% and 100% of their inclusive data allowance. The alerts also advise them of the additional cost of extra data. However, it is the customer’s responsibility to monitor their own data usage and they can to this by checking online, by using the My Vodafone app, or by ringing 44555.

For customers travelling abroad, we offer some of the most competitive plans to manage data spending. These include Vodafone EuroTraveller and WorldTraveller which – from just £3 extra a day – let customers take their UK minutes, texts and data abroad with them to over 60 destinations across the world. There’s no charge to receive calls or texts and customers only pay for the days they use their device overseas.

For customers who decide not to opt into either Vodafone EuroTraveller or Vodafone WorldTraveller, we have a data spending cap of £36.39 whilst overseas. The cap is automatically applied to all customers. Customers are sent free text alert when they reach 80% of their monthly spending limit. Once the cap is reached, they will not be able to use the mobile internet overseas for the rest of the month unless they contact us and request its removal.

EE’s standard roaming data add-ons get you connected at the fastest available speed including superfast 4G on over 60 networks in over 45 countries.

With Euro Pass and Euro Data Pass, the first 100MB of data each day is full speed and customers can then use another 400MB of slower speed data to keep browsing, messaging and using social media at no extra charge.

We do not block websites or determine how customers use their data when roaming.  Pay Monthly customers who use O2 Travel get a days’ worth of data for £1.99 when travelling in Europe.  In line with our fair usage terms, if they exceed 100MB of general data or more than 50MB of streamed video or audio data in a day, then they can experience slower speeds for the remainder of the day.

More information on O2 Travel can be found here – https://www.o2.co.uk/shop/international/using-phone-in-europe

Customers who do not use O2 Travel or roam outside of Europe will not be restricted in any way.

28 thoughts on “Three admits it slows data for roamers, so where do we go from here?”