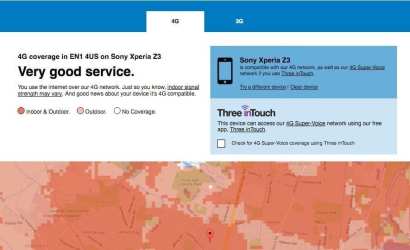 Life is never dull with Three. One minute they’re upsetting hundreds of thousands of users with letters warning of huge impending price increases, the next they’re rolling out a game changing update to the Three inTouch app that will make a massive difference to most 4G handsets.

The big news last year was Three switching on its VoLTE network, beating all the others in the process. It hasn’t been without problems however, most notably a very limited choice of handsets that VoLTE can be used with, and the need to have custom Three firmware (so SIM free users are mostly out of luck), but by and large it has been a big improvement for those who have been lucky enough to use it.

Going forward, the mobile industry is working on a solution to make it possible to add the necessary settings for VoLTE to any compatible 4G phone, just as Apple currently makes it possible via its own carrier settings. With an iPhone, it doesn’t matter where you got your phone – it will work fine when you put a Three SIM in.

Amazingly, Android has had a facility to enable this since the later versions of Lollipop, but as yet no handset allows manual or over-the-air updating. Not even the latest Nexus devices, although updates are rumoured to be available before the end of Q1.

But until then, everyone else with a fairly recent Android phone, or an older iPhone that doesn’t already natively support Three’s VoLTE service, will need to use the Three inTouch app. 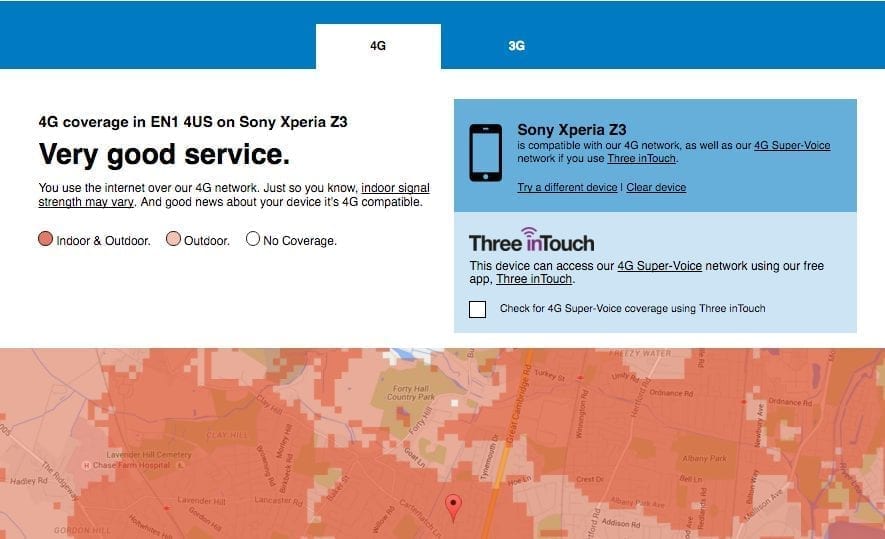 Three inTouch was first released to allow Three users to make and receive calls (and texts) over Wi-Fi. With the imminent addition of 4G support, it means that once you’re registered and logged in, Three will give you access to the otherwise blocked 800MHz network.

At the time of writing, I was unable to see an update to the inTouch app that adds 4G compatibility, but following the mention on Three’s own coverage checker from last night, it can’t be too far away. [One user has already reported being able to use data over 800MHz even before voice calling has been enabled – simply by using the current (V4.9.5 4 December 2015) release.]

My advice is to keep checking the app stores, as this is an update you do not want to miss out on!