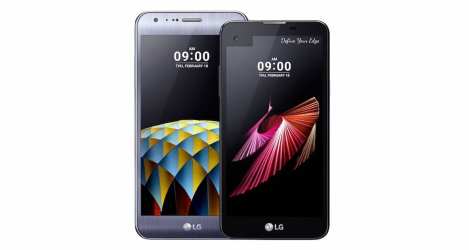 Most attention at Mobile World Congress next week will be given to the new flagship offerings from the likes of LG, Samsung, and HTC, but today LG spoke of two new handsets that caught my eye.

Juno Cho, president and CEO of LG Mobile said: “…we think there’s room for devices that do one thing very well and that customers shouldn’t have to pay for features that they don’t want. At the end of the day, we’re committed to offering consumers more choices.”

I couldn’t agree more as someone who has been arguing for some time that not everyone needs to buy a flagship at huge cost these days. Many budget models now offer a great all-round experience, but LG is going a bit further by offering devices that can bridge the gap between mid-range and high-end.

The curved LG X cam will come with two rear cameras (13 and 5-megapixels respectively) and a front 8-megapixel snapper. It’s not yet clear exactly what the specs of the camera are, but it would be safe to assume that the quality should be close to that of the LG G4 and LG V10 flagships released last year, but with extra features that two individual sensors can bring.

This secondary display first debuted on the LG V10 last year and on the X screen, it measures 1.76-inches with a resolution of 520×80 pixels.

This sits above the 4.93-inch HD (720×1280 pixel) display, and lets you do things like access frequently used apps, manage music, check the time and date, your notifications, and more – all without having to turn on the main display. This promises potentially large battery savings depending on your level of usage, as well as arguably looking pretty cool in the process.

Pricing information and release dates are yet to be confirmed, but it seems that LG is set to offer some exciting products this year.