If you follow me on Twitter, or on the various forums I frequent, you’ll already know that in the days leading up to Google’s Pixel phones launch, I have hardly shown many sign of being impressed.

But I did add that I hoped Google was holding out on some killer reveal that would make one, or both, handsets turn into real gamechangers. Yet as I watched the presentation (from home on YouTube, as I sadly wasn’t invited to the London event), the moment to make me wake up and shout ‘wow!’ never happened.

I'm so serious when I say I'm disappointed at Google's forthcoming phones. When I look at photos, this happens in my head. #Pixel #PixelXL pic.twitter.com/qtcUV96pqd

I sat through the (admittedly impressive) demonstrations of Google Assistant, and through a long explanation of just how amazing Google’s AI has become when it comes to learning how to recognise things like scenes in a photograph. In fact, all of that was great, but wasn’t this meant to be about new hardware? For one thing, much of that technology is not unique to the latest devices – it powers online, web-based, services too. 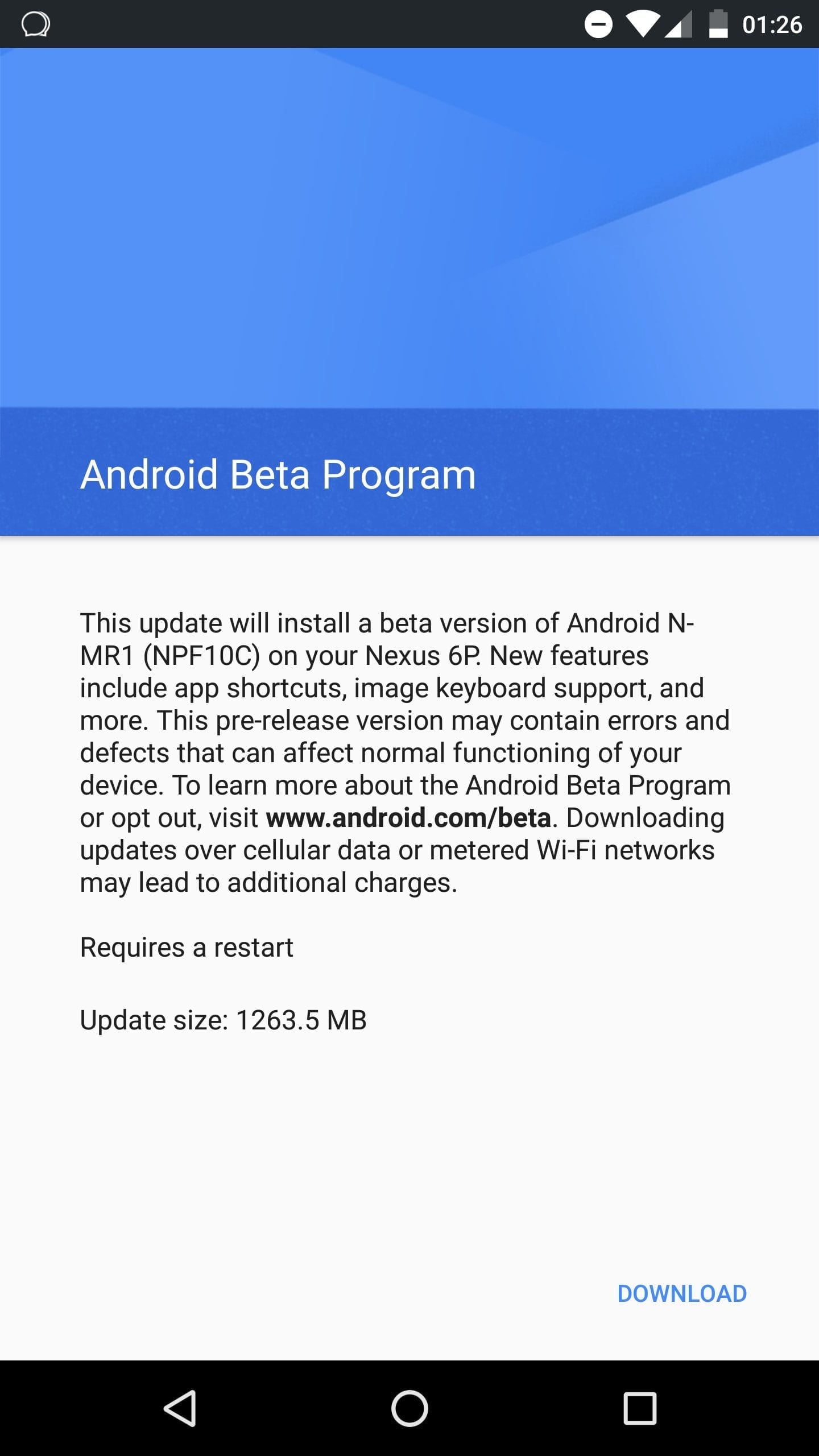 Update 20th October 2016: On the day that the Pixel and Pixel XL officially start shipping, Google surprised me by releasing a beta of Android 7.1 for my 6P (the same update is also available for the 5X and Pixel C).

Many features from the Pixel, bar the launcher, night mode, seamless updating, customer support and assistant have now come to the Nexus family, although it’s odd that Pixel C owners only get a beta. Surely as a Pixel phone, Google would have been working on getting this ready for Android 7.1 (or 7.1.1 to be precise) a long time ago?

Anyway, Tim Schofield has already produced a short run through video on YouTube that highlights the new features. If you wish to install this on your own Nexus 5X, 6P or Pixel C you’ll need to be opted in to the Android beta testing service.

The time to amaze everyone about the software stuff was during Google I/O. In fact, a lot of today’s news was covered there, so all we needed today was a brief update. I suspect this was to try and create news besides the two new phones that most of the tech world has been talking about quite negatively for the last few weeks. 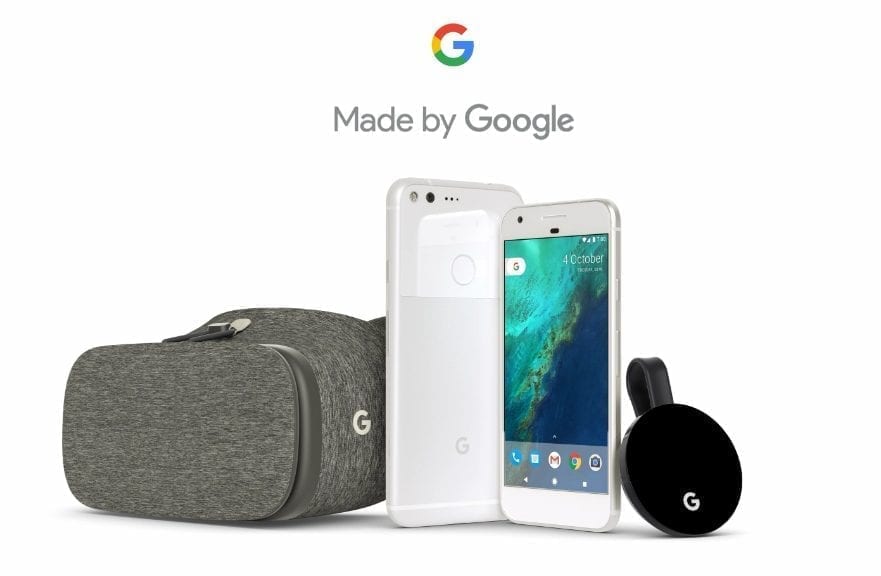 Given the rumours that Huawei opted out making a phone for Google this time, suggesting HTC had to step in quite late in the day, perhaps that’s the reason for the lacklustre hardware that was unveiled.

The killer features, if any, include that it’s one of the first phones to support Google’s Daydream View VR headset, which supposedly offers a vastly improved virtual reality experience over other options on the market.

Perhaps it does, but is VR something you’d go out and upgrade a handset for?

The other thing is that the camera has been improved, and even snagged the highest rating ever from DxOMark, but is it significantly better than the similarly spec’d camera on the Nexus 6P? Or indeed many other recent Android releases, from the LG G5 and Galaxy S7/Note 7 to the kit coming from Huawei/Honor and others?

The 6P, to me, seems like a much wiser investment even today, with improved audio from the loud front-facing speakers (wasn’t it originally HTC that pioneered this?) and a bigger display.

Sure, Snapdragon 810 was not a great chipset, but on the Nexus 6P it never really struggled. The phone didn’t get red hot, while the performance was rarely throttled – except under the heaviest load. Something I am sure the Pixel and Pixel XL will do too.

So, what else? Well, there’s faster LTE support, and with EE being the only network in the UK selling it, that gives EE something to use to justify some sky-high pricing, with high end 4G Max plans topping £50 a month. Oh, and it will work with EE’s VoLTE service too – another bonus for EE and its (well off) customers.

But that’s not EE being greedy. It’s Google. A company that admitted it made mistakes pricing the Nexus 6 and Nexus 9 so high, and promising to fix things next time around. The Nexus 5X and 6P were hardly giveaways, but seem like bargains compared to the Pixel and Pixel XL. Google has entered iPhone territory, without the brand reputation or loyalty that Apple commands.

Let’s look at the UK pricing. £599 for a 32GB Pixel, rising to an eye-watering £819 for a 128GB Pixel XL. Is Google serious? It could blame the exchange rate for some of that, but – come on – this isn’t a phone that’s going to have the reach of the iPhone. The Nexus phones didn’t, and these won’t.

Android customers are still going to buy a Samsung Galaxy S7 or S7 edge over one of these. I am pretty damn sure few will care if you point out to them that they won’t be able to buy a Daydream VR headset if they don’t buy in to the Pixel family. I’m not saying VR isn’t going to become a thing, but there are other options and – for a lot of what Google showed, you can probably make do with Google Cardboard and a third-party Bluetooth pointer/controller. All for about half the price too.

So what did Google announce that impressed me? Well, the only thing that I was left to get excited about was the Chromecast Ultra, because the other stuff (Google Wi-Fi and Google Home) aren’t going to be released in the UK – or at least now yet.

Update: Good news, at the event Google confirmed Google Home will come to the UK next year.

Was disappointed that #GoogleHome wasn't coming to the UK, but have been informed it will- early next year! 😍#MadeByGoogle

There was no mention of anything for Chrome OS users either, who – like me – are still waiting to hear when they’ll be able to run Android apps on their Chromebooks officially.

One reason for my disappointment is that, bar a few devices over the years, I’ve nearly always pre-ordered something on the day that Google announced it. But today I’ve committed to absolutely nothing. That’s a loss of money from me, and from what I can see on the forums, a lot of other disheartened Android fans too.

Nexus is now dead, meaning Pixel represents the ‘best’. This should probably be changed to ‘premium’ because from where I’m sitting, it seems Google is doing little more than trying to replicate Apple’s success (and profit margins) and sell a bunch of services as saviours of the universe.

My feeling is that Google has misjudged, is about to let history repeat itself, and will find that things didn’t quite go to plan. Even if the phones turn out to be perfectly okay, in an average, unexciting kind of way. 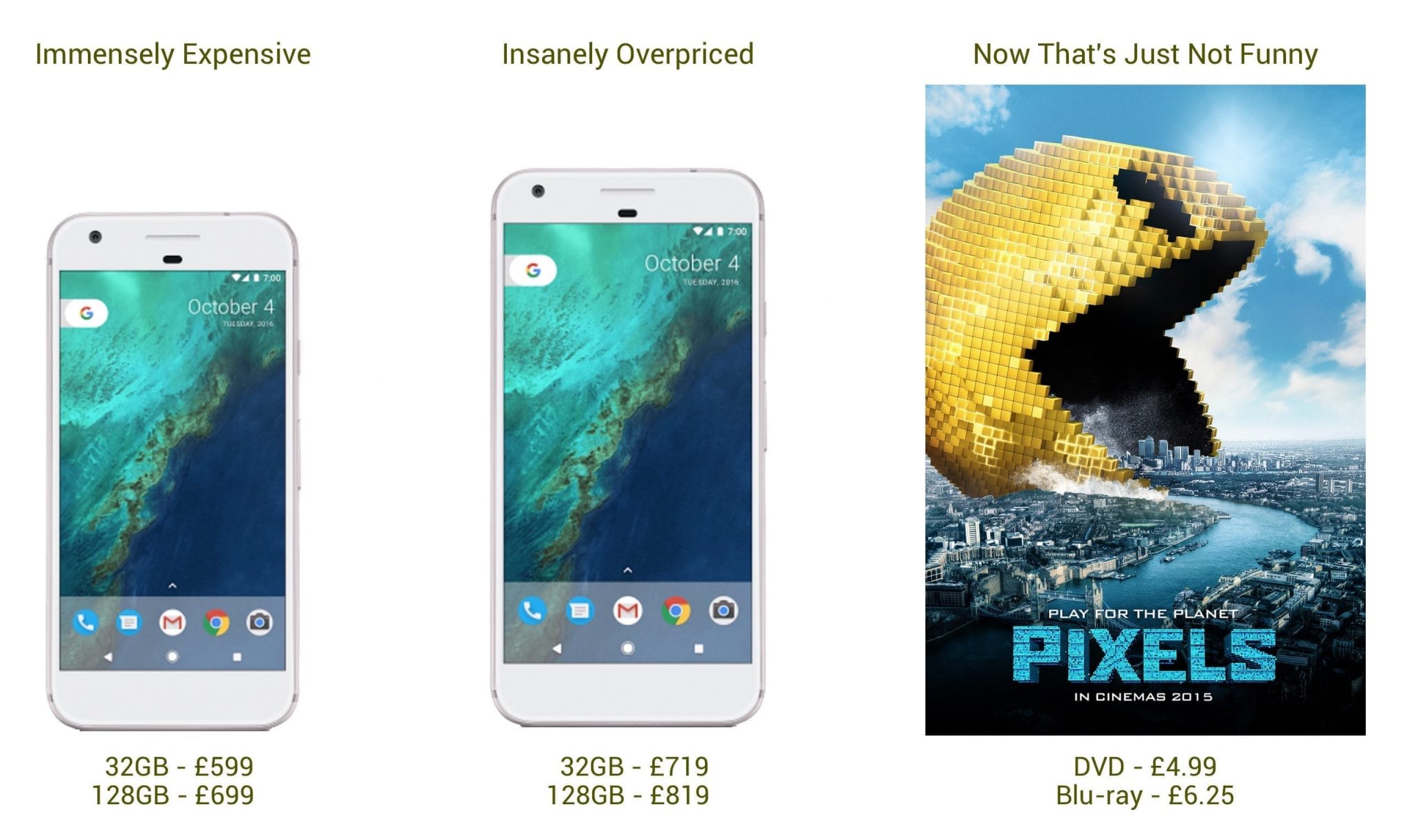 This is my opinion and I’d love to hear from anyone who thinks I’m barking up the wrong tree and have missed something obvious.

Are you going to take the plunge? Were the new software features good enough to warrant an investment? Do you want to buy in for (arguably) the fastest Android chipset on the market? Do you simply fancy a change and want to try out something under the newly created Pixel brand?

Please share your thoughts below, and also check out the advert. The ad certainly does a good job of making Pixel sound fantastic – but do you buy into the hype?