This applies to Wi-Fi plans (plans sold with or without a dongle or portable hotspot), tablet plans, and EE’s home broadband plans that come with a 4G router for the home or office.

All of the plans, except home broadband, come with EE’s new three-tier strategy, starting off with the Essentials plan and then offering additional benefits for a small increase in monthly payment.

4GEE Plans bring faster data (capped at 60Mbps) compared to the Essentials Plan (capped at 20Mbps) and 500MB of EU data, while Max brings BT Sport and use of your data (up to 15GB) in the EU.

There are some restrictions, however. These include no EU roaming on 30 day contracts, and free BT Sport only on tablet plans.

The 4G mobile broadband plans are full speed and are the only pay-monthly tariff shown that doesn’t use the three-tier system. Contracts are for a minimum of 12 months.

As usual, let me know your thoughts on these plans in the comments below.

Personally, I think that with all of these new plans, it must be a nightmare for sales staff to deal with. We’re all common with the need to upsell these days, but it also means that I can see lengthy time increases in making otherwise relatively simple sales.

The plans are offered on 30 day, 12 month and 24 month contracts. However, 30 day plans will not include roaming. 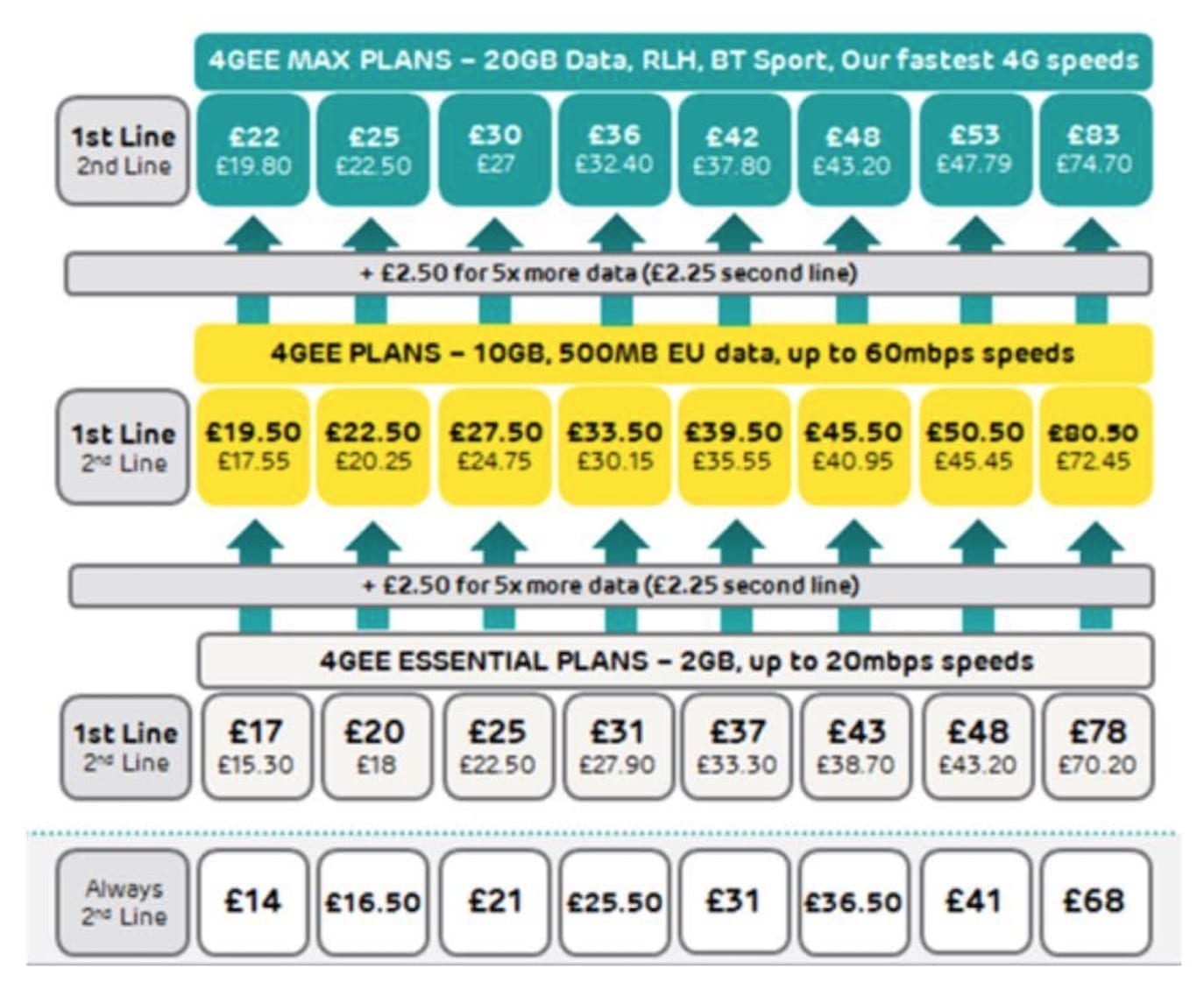