I’ve written lots about mobile networks over the years, especially 4G, but my knowledge of the inner workings can’t hold a candle to some. So that’s why I thought it worth asking an expert.

Peter Clarke is a resident poster on the Digital Spy mobile forums, giving highly technical and extremely precise information about the rollout of 4G from each UK operator. The ideal candidate for my very first guest editorial. 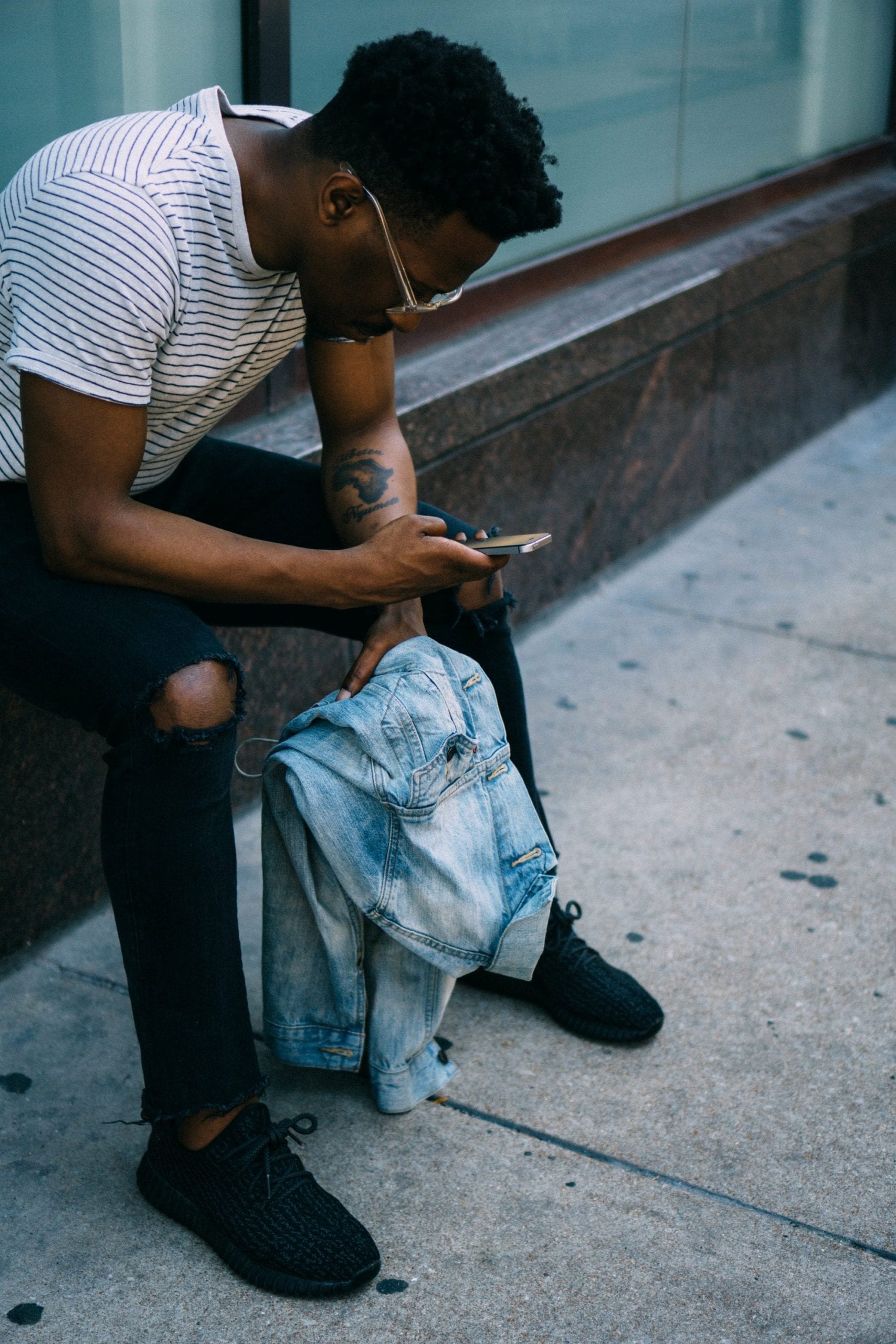 This has to be the most technical piece ever published here, and hopefully the start of more such educational pieces – if you like them (please share your comments below).

It’s really worth taking the time to read, even if some of the terminology might sound alien at first.

Peter has taken the time to provide links and images to complement the article, and if you like what you read here, you can learn more from one of his many videos on YouTube.

2017 is going to be game changing for all networks, as more existing spectrum is properly utilised, 3G spectrum is ‘refarmed’ for 4G use, and extra spectrum is obtained through forthcoming auctions to improve capacity (and speed) immeasurably.

And now to explain more, over to you Peter.. 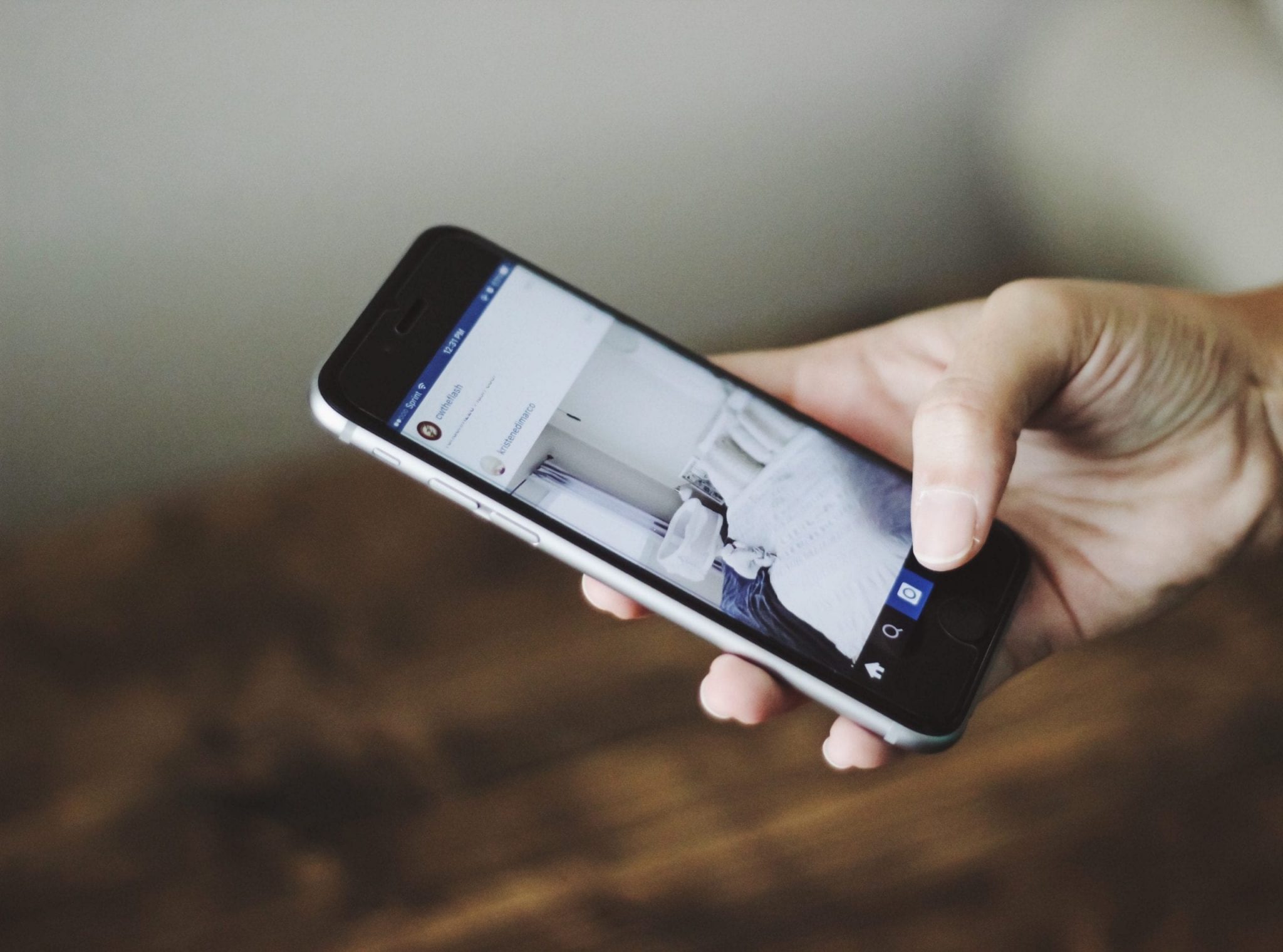 2016 was a compelling year in the UK mobile network landscape; while all operators’ 4G coverage increased as expected, albeit at disparate paces, the technologies and approaches used in their deployments varied widely.

To mediate this reduction in 3G circuit switched capacity, some spectrum used for 2G on the 900MHz band was refarmed to provide an additional, a second, 3G carrier on that band [1]. Meanwhile, the refarm of 1800MHz provides paired 5MHz 4G bandwidth [1].

However, 1800MHz 2G was not deployed largely on the Vodafone network, and the trend appears 1800MHz 4G shall be the same; I have not connected to many sites carrying 4G 1800MHz, especially compared to the very significant number of those carrying 4G 2100MHz as of late.

In fact, such is the extent of sites carrying 2100MHz 4G alongside 800MHz 4G, it is seemingly becoming almost the standard base layer to have both, with noticeable performance uplift.

Vodafone was not the only network to begin refarming their spectrum in 2016; O2 also did. However, unlike Vodafone, O2 deployed their paired 5MHz 1800MHz 4G [3] on a very significant number of sites; their 1800MHz 4G is clearly the go-to capacity add like 2100MHz 4G is for Vodafone.

Not resting on their laurels, O2, as the year was coming to an end, started broadcasting paired 5MHz 4G on 2100MHz from a number of sites in Lincoln [4]. Similar to Vodafone, this similarly resulted in a 900MHz reconfigure to mediate the otherwise reduction in 3G switched calling capacity [4].

Unlike Vodafone, O2 owns only 10MHz paired on 2100MHz [2], resulting in 5MHz paired being the largest LTE refarm possible while keeping a reasonable 3G 2100MHz carrier size. No doubt, in future, both Vodafone and O2 will refarm the entirety of their 2100MHz bands.

Unfortunately, for the time being there is not only the need for 3G circuit switched calling capacity, but also many legacy devices in use in the market do not support 3G 900MHz. Hence, if Vodafone or O2 totally refarm their 2100MHz to 4G, said customers will lose their 3G signal and be left with solely 2G. 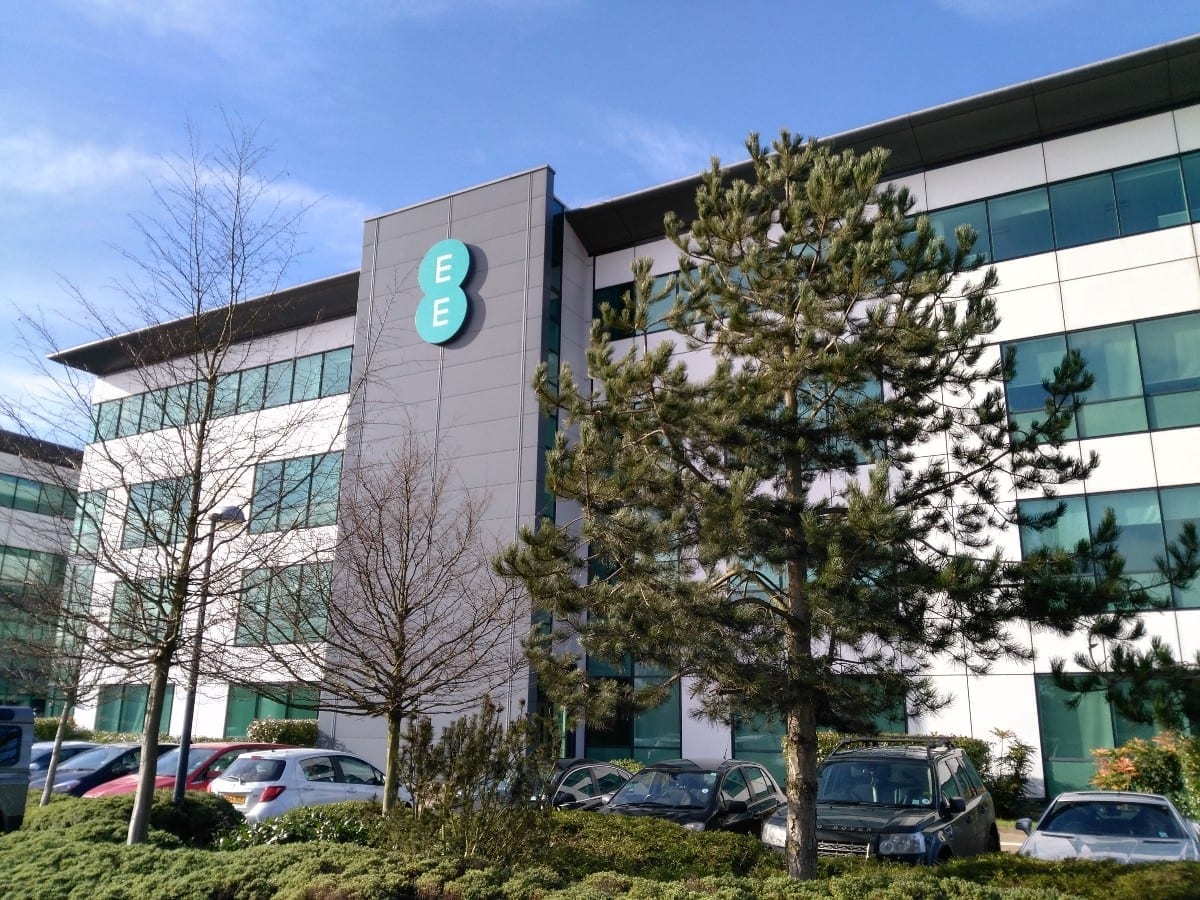 In 2017, I can well foresee both operators performing new refarming; in the case of EE another 1800MHz 4G carrier and in Three’s case, the commencement of refarming 2100MHz to 4G.

It is quite common for an EE site to now carry 4G of paired 20MHz on 1800MHz, paired 20MHz on 2600MHz and another paired 15MHz on 2600MHz, which are theoretically capable of speeds over 400mbps in the downlink based on current deployment features like triple carrier aggregation, 2×2 MIMO and 64QAM [8].

A further paired 10MHz brings 500mbps very close. And that is without technologies to increase the capacity and throughput from the spectral bandwidth.

Higher order MIMO has a number of advantages: with a supporting device, substantially higher throughputs in both uplink and downlink are achievable [11], but it also improves performance on the cell edge [11], which is highly significant in its own right; cell edge users experience lower throughputs and negatively impact the cell’s overall throughput [12].

However, devices with support for 4×4 will not have the gain in performance that would occur with a 4×4 deployment strategy. Currently, though, very few devices on the market and in use support 4×4 MIMO so perhaps EE will deploy higher order MIMO in future.

Vodafone, meanwhile is going beyond 4×4 with trials for 8×8 MIMO and beamforming [16]. A live site in Manchester is in fact broadcasting 2600MHz TDD in transmission mode TM-8, indicative of dual layer beamforming [17 (p.18)]. 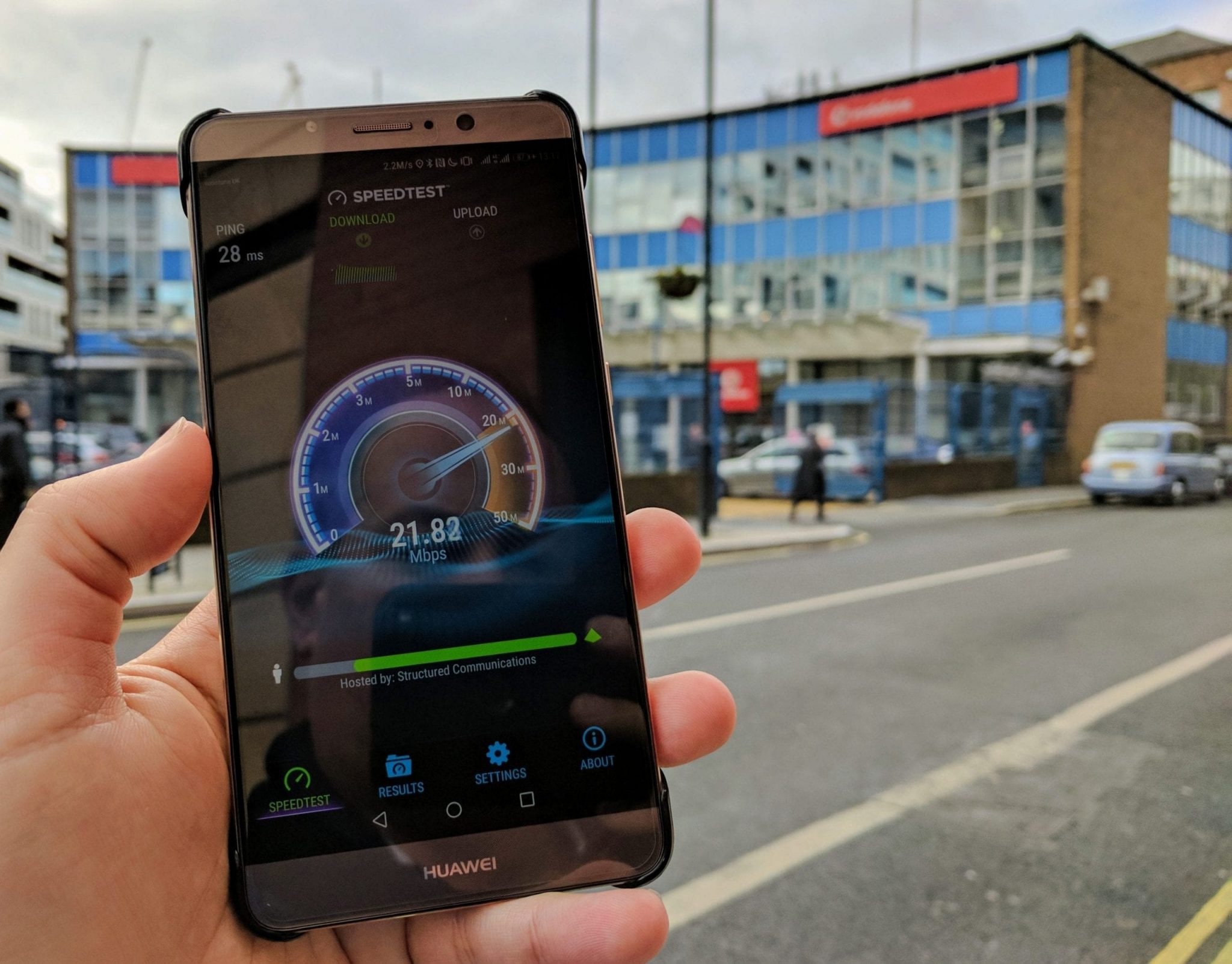 Beamforming distributes devices across multiple beams on a sector [16], increasing the capacity of that sector and thereto the mast. Ultra-high load regions in some developed countries go beyond higher order MIMO and beamforming, using higher order modulation of up to 256QAM [18], as opposed to the UK’s 64QAM as well.

256QAM requires good signal conditions to provide a performance increase over 64QAM [19], which is why sites often have 4×4 MIMO or above [18]. I hope that by the close of 2017, a UK network will be at a point of trialing 256QAM publicly, or at least made a public release following internal trials.

However, while refarming spectrum, and extracting the most for optimal efficiency is all very positive, more spectrum is still always beneficial to acquire. Spectrum auctions for the 2.3GHz and 3.4GHz shall be occurring soon [21].

The 2.3GHz is readily usable with much market device support [21], which will make it very appealing to O2 and Three, I feel, as they have the least spectrum currently. However, there is comparatively little 2.3GHz spectrum available, 40MHz [21], and it is unpaired for TDD.

3.4GHz is less immediately usable [21] but with its high frequency is great spectrum for densification and small cells [22], and there is a lot available: 150MHz [21]. Hence I expect all networks to bid on it.

Vodafone and Three already own spectrum which can be defined as not immediately usable, the L-Band which is Supplementary Downlink (SDL) [23]. The SDL spectrum can only be utilised when aggregated with a paired spectrum, as the SDL has no uplink. I have not come across suggestion of either operator using their SDL at this point of time which will be, no doubt, cemented by the lack of device support currently.

Nevertheless, regardless of spectrum purchased at the forthcoming auctions, I feel confident foreseeing the mobile networks moving towards greater densification in order to cope with localized ultra-high demand areas. O2, for example, already has a great number of microcells adding capacity to dense urban locations. 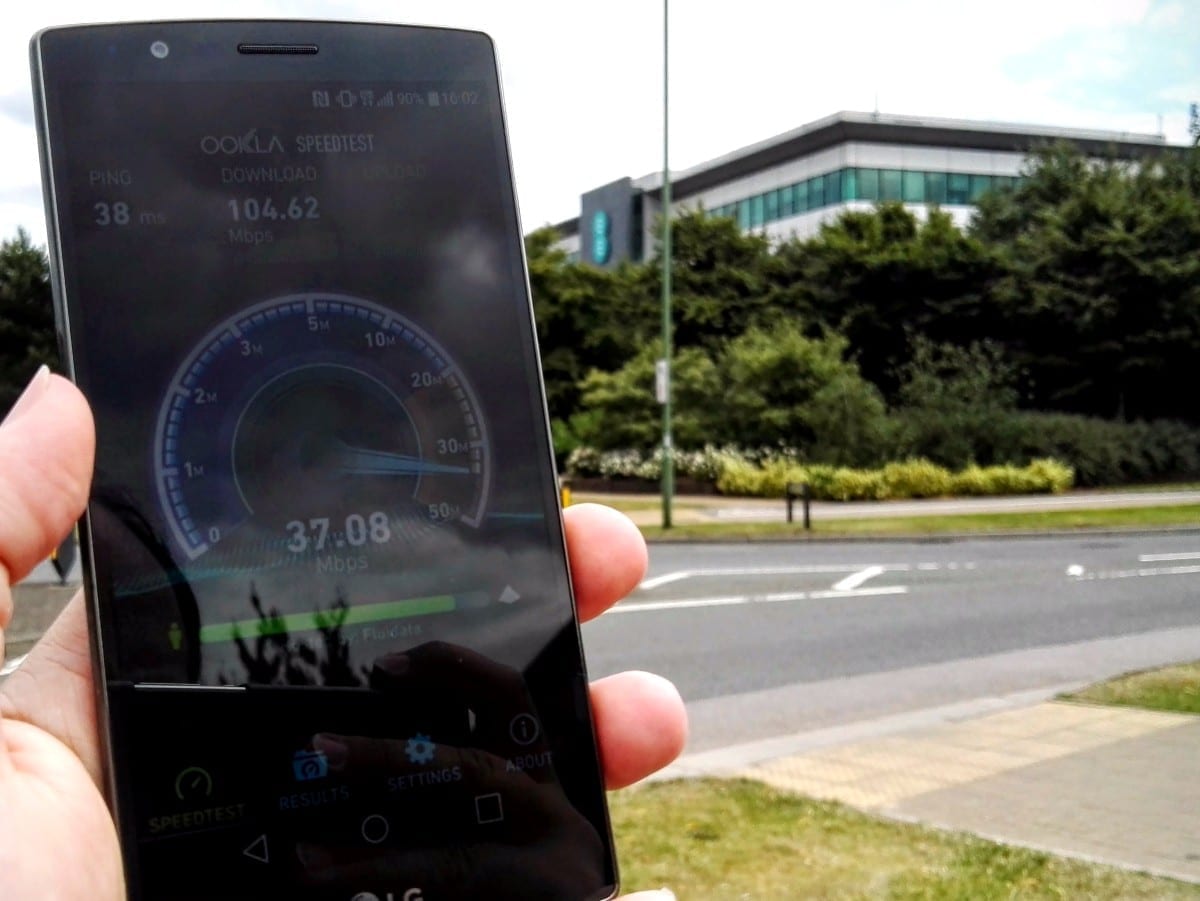 These are typically 3G 2100MHz but some are gaining 4G via the 1800MHz band which works with the compact antennas and, of course, augments the local 4G capacity, alongside the 3G.

In the future, I believe there will be a significant increase in these small serving capacity sites, albeit running as 4G only small cells, with dedicated spectrum, instead of 3G and 4G microcells.

Like 2016, I can see 2017 being an extremely interesting year of mobile network developments, as the operators continue development and deployment of strategies started in 2016, while adding new ones and additional spectrum on the journey towards 5G.