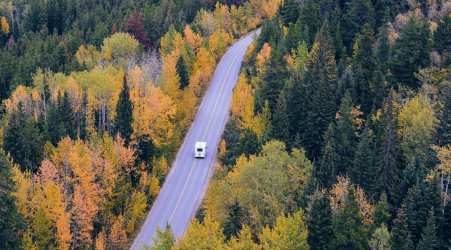 Vodafone has revised its calling plans today, with a change to data roaming that now gives users free access to ALL their data when travelling to one of 40 destinations, plus a further 60 countries for a fixed daily fee.

In addition, Vodafone is introducing a new flexible upgrade scheme for handset contracts, allowing upgrades in as little as six months after signing up, plus increasing data allowances to as much as 60GB a month.

So, let’s start with some background on how Vodafone has handled roaming in the past.

A while ago, Vodafone offered users the chance to access their data abroad for £3 a day in Europe and £5 elsewhere, but then changed things so you got a set allowance (of up to 4GB) at no extra cost when roaming in Europe instead. Worldwide travel retained the daily charge.

Now Vodafone is allowing access to all your allowance once again, but without the daily charge, and it’s not just EU member countries (which will become free to roam in from June this year anyway).

There are a total of 40 destinations, detailed in the image above and the downloadable document below.

For travel beyond Europe, Vodafone is still offering access to your data for £5 a day, which is available in 60 further destinations – including America, China, Egypt, Russia, Mexico, Japan and many more.

A check of the Vodafone SIM only page shows that global roaming applies to ALL plans, including the entry level £9.50 Essentials plan (with 250MB of data, 250 minutes and unlimited texts). All plans come with unlimited texts.

All three of these top SIM-only deals come with the usual choice of free entertainment, in the form of 12 months of Now TV, Spotify Premium or Sky Sports Mobile TV.

Mobile broadband gets roaming too

Data only plans now include Global Roaming and is a more affordable way to get large amounts of data, perhaps for people wishing to use the SIM in a Portable Hotspot, or as a second SIM in a dual-SIM phone.

Pay-monthly customers on these new plans will be able to upgrade after just six months with the new Flexible Upgrades scheme, so there’s no need to wait until getting out of contract to change phone. An existing phone can be traded in to pay off the balance of the upgrade fee.

Vodafone also offers 4G-roaming with no traffic management and no limits on tethering, making it ideal for those who might wish to hook up a laptop or tablet for work, or pleasure.

Here’s a quick comparison with the current offerings from the other main networks:

At the current time, some prepay plans come with a limited bundle of data for use within Europe (e.g. 500MB on the 12GB plan). In addition, for all plans, you can also roll over unused data for one more month. All PAYG plans offer 4G access and no throttling/tethering restrictions.

Vodafone has stated that from June 11th, all pay-monthly customers will get Global Roaming, which should mean getting access to ALL data in 100 countries.

However, users can also upgrade to a new plan earlier if they want.

You can find out more about these new deals from the links below.

What do you think of these new plans? Please let me know in the comments below, including any thoughts on what the competition needs to do next.